What on Earth is a Dark Sky Park? 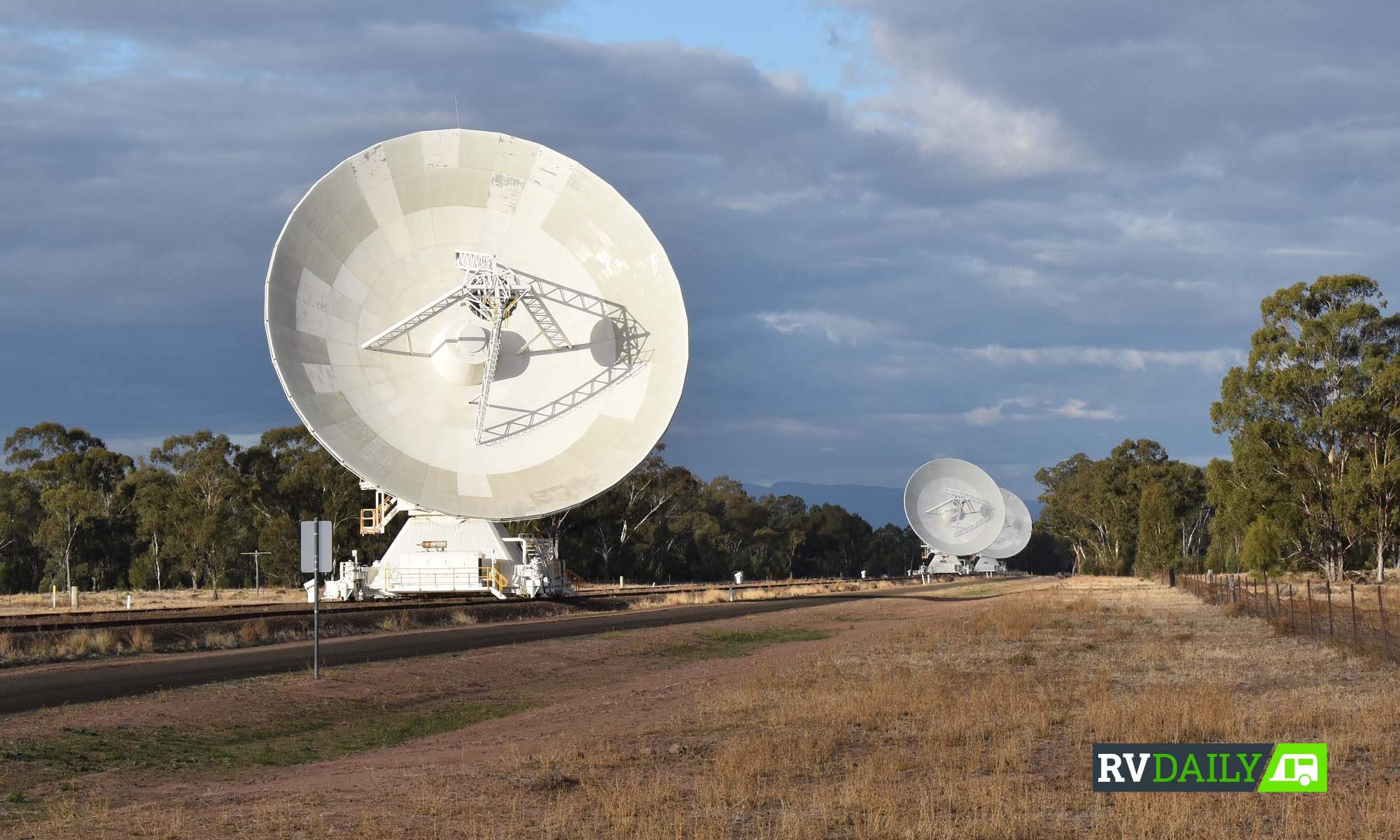 The stars align as Route 39 shows off its links to the heavens and bushranger folklore.

Heading down the Newell Highway rediscovering places along this major transport route west of the Divide is a great adventure. Under a dark sky, it has changed markedly over the years as many of the outback towns have become something of a destination on their own merit.

I never really understood the value of a ‘dark sky park’ such as the Warrumbungle NP until we checked out the Radio Telescope Centres along the route, which are made possible by the management of light pollution. 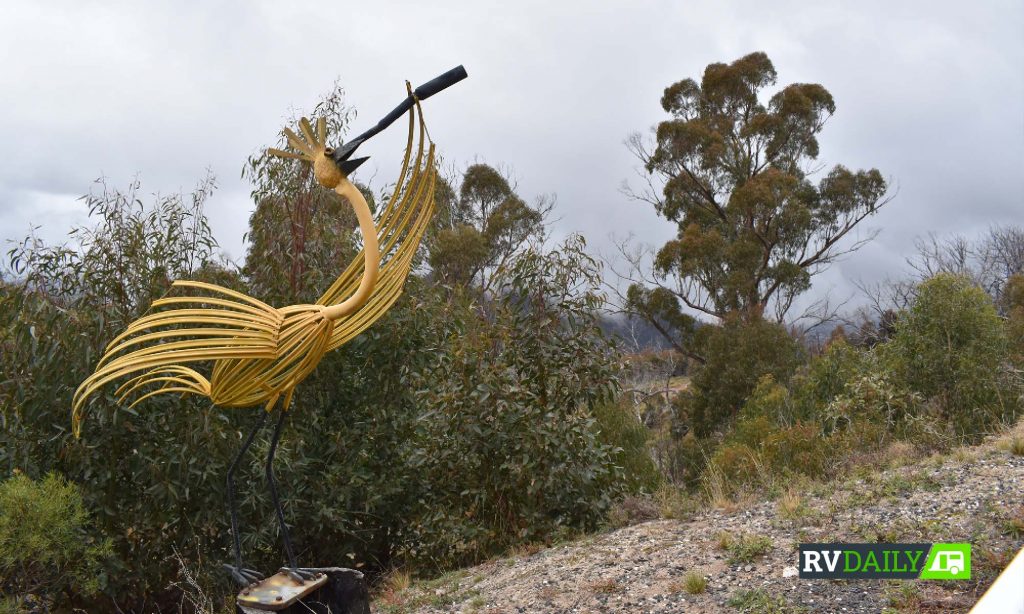 Sky Watch at Siding Springs – there are better telescopes available

Light pollution not only affects our nocturnal animals but also our view of the heavens. It all became very relevant when we first made our way to the Telescope Compact Array that sits 24km west of Narrabri. By the time we made it into Parkes, further south along Route 39, it all made a great deal of sense.

The CSIRO Compact Array, just west of Narrabri, are six immense telescopes, each weighing 270 tons, that are moved along a giant 3km rail track. This network simulates a radio telescope dish that would be 6km in diameter. They are in constant use observing the skies and are available across the globe for remote location research. The installation is well worth visit as is the free audio-visual theatre on-site, where you can learn more about the advanced Australian radio telescope network as an invaluable global installation. It’s a great introduction to what is a fascinating science. 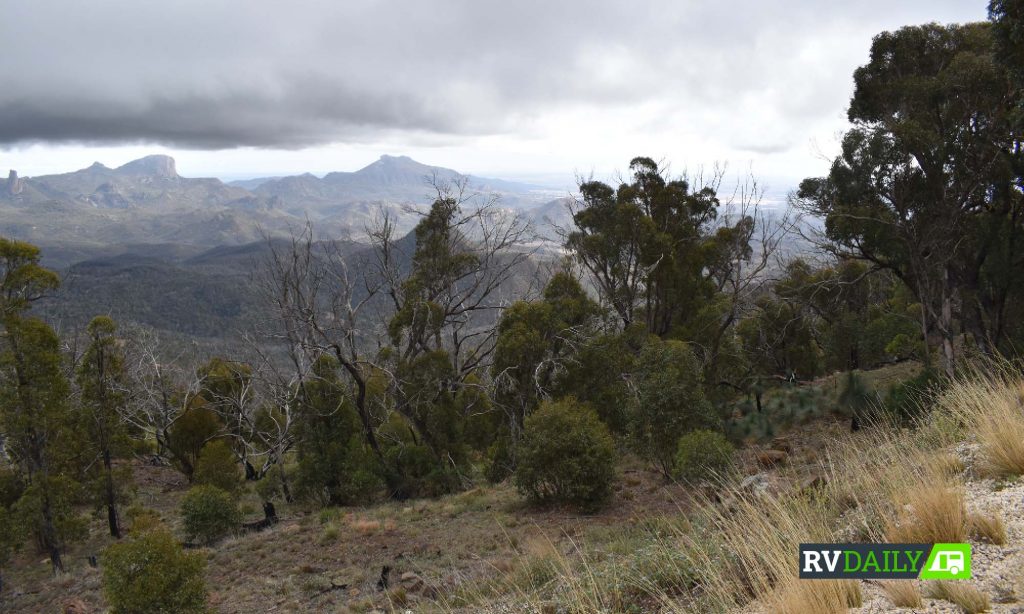 Further south on Route 39 is Siding Springs, 27km west of Coonabarabran. It is a research centre and home to more than 45 telescopes that sit high on a mountain top among some of Australia’s most spectacular extinct volcanoes, those of the Warrumbungle National Park. Here you can visit the Information Centre during the day and discover how the world takes in the heavens. The Exploratory Centre will introduce you to some amazing facts about the universe. Being purely a research centre it is only open to the public during the day. There are a number of privately-owned observatories for those who want to discover the views available of the heavens at night.

Siding Springs is part of a massive network that involves radio telescope networks positioned around the globe, that peer back into the dawn of the universe. The latest of which is the ASKAP Pathfinder, a set of 36 white dishes that dot the Murchison region in WA, 900km north of Perth and partners with one similar on the continent of South Africa known as the MeerKAT and HERA Arrays. 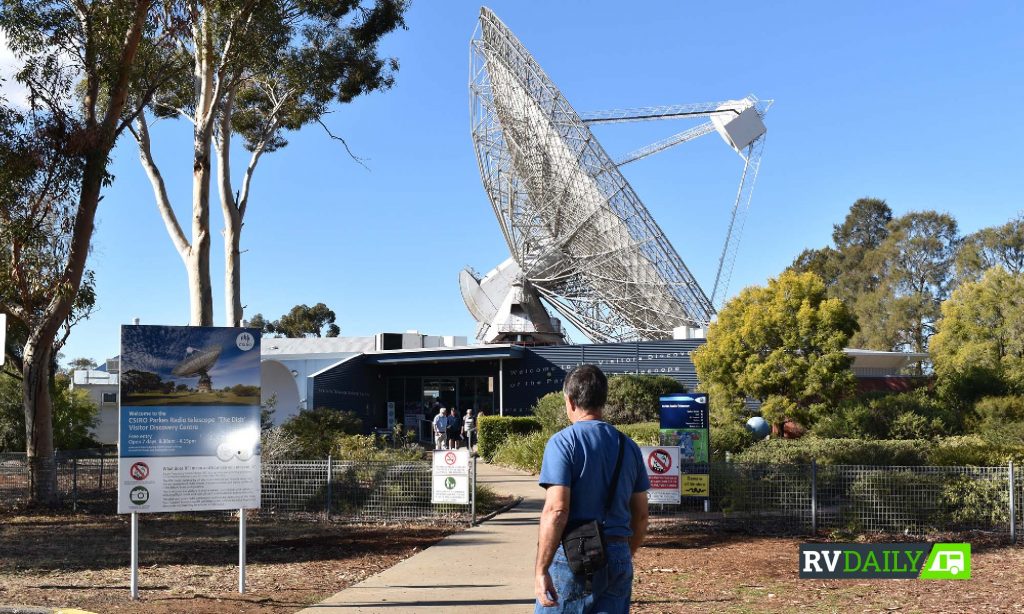 Still further down the track south, is CSIRO Parkes Radio Telescope. It is one of the most well-known radio telescopes in the world. It too makes up part of the network of stargazers reaching into the mysteries of space. Parkes Radio Telescope offers a unique experience to learn more about this amazing science and it is this Australian network that can produce those astounding pictures of space that we often see. Parkes is a ‘must-see’ and is truly an important window into the dark sky above. 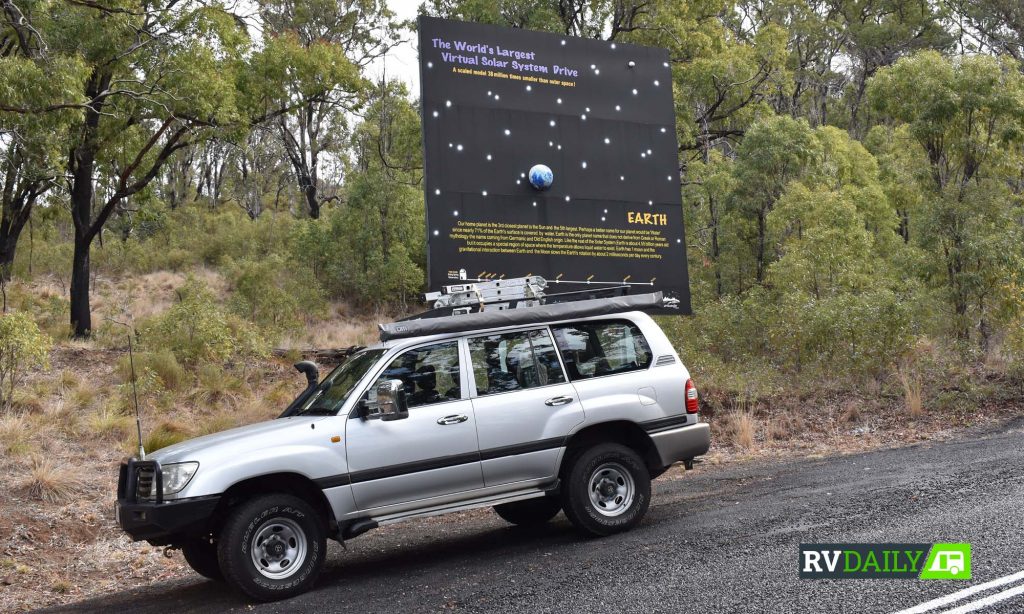 These stellar installations are truly of another world

The telescope arrays are not the only star attractions along Route 39 that are well worth investigating. The Virtual Solar System Drive is a major curiosity. It has representations of our own solar system positioned strategically all around the region, to give insight to the vast depths and distances of space. Central from Siding Springs, the system radiates out across the landscape in a series of five routes, depicting the positions of each of the planets in our solar system, relative to the immense distance between them.

These stellar installations are truly of another world, used by scientists and researcher across the globe to give a unique view of our place in the skies.

BUSHRANGERS OF THE RIVERINA

The Aussie Bushranger was a unique breed of men and women. Yes, we had women bushrangers, though they did tend to stay out of much of the trouble the men got themselves into. Largely the women were noted as having ‘rode with’ rather than ‘led the gang’ with the possible exception of Jessie Hickman. However, it is in the Riverina that our bushrangers mostly rode, picking on the gold transports and those who were better-off in general.

Being a successful bushranger required that you actually ‘held up’ someone, preferably without the distinction of shooting them. If you shot them, then you became an outlaw … the consequence of which meant that anyone then was at liberty to shoot you and mostly our bushrangers tried to avoid this situation. As for shooting a trooper, well that was a recipe for your demise as Ned Kelly discovered, even if they were deserving of the shot.

The Riverina is an area taking in the Murrumbidgee and River Murray drainage zones with the region having strong historical ties to Victoria. Aside from agriculture and pastoral uses, we also celebrate the region for its truly great camping along the Murrumbidgee and the once-mighty Murray. This activity involves bushwalking, water sports and fishing. It is also where the legend of the Murray cod still lives on. A great pit stop is the Narrandera Fisheries Centre, a major native fish hatchery, production and research centre for the Murray-Darling Basin and also where you can meet Agro, who is a resident character of the region. 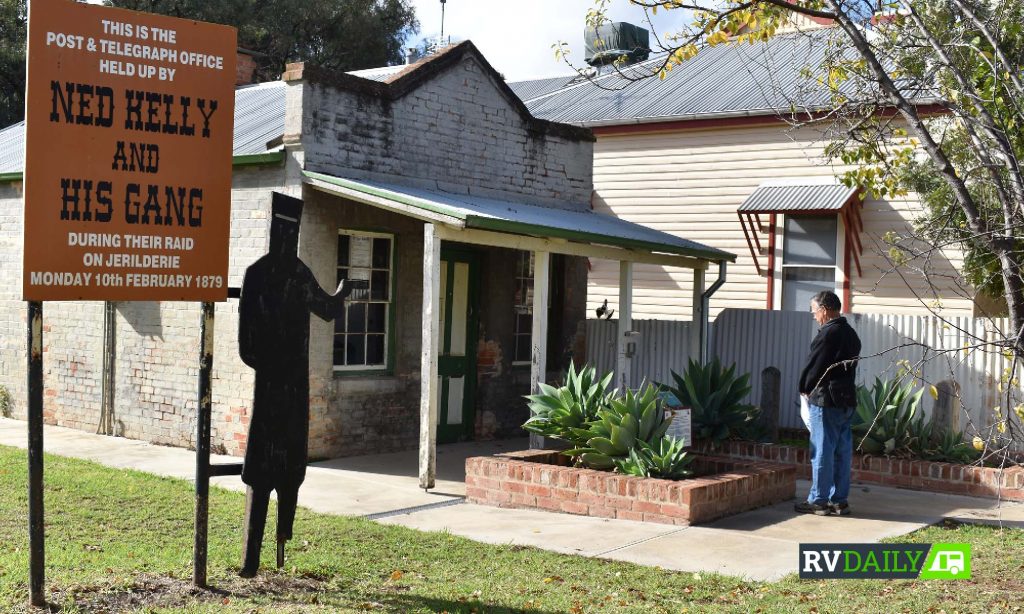 Ned Kelly sure got around

While passing through this region on Route 39 we took time out to explore the legend of the bushranger. Seeking out the many caves where our more notorious bushrangers hung out is a great adventure. You can visit Ben Halls cave, near Grenfell on the western side of the Wedding Mountains, where it is said that he buried the value of over a million dollars in gold from the greatest gold robbery in Aussie history. It’s still believed to be hidden there somewhere. You can also find Mad Dog Morgans hideout at Galore Hill near Narrandera, right through to exploring the antics of our favourite outlaw and Aussie son, Ned Kelly. Ned ranged through this region, and with a visit to the small township of Jerilderie, you can step back along his tracks in his infamous bank hold up of 1879 of the Kelly Gang.

Jerilderie still has much of its colonial character. At the small information centre, for a few dollars, you can get an account of Ned’s antics in his own words, this is a little-known work, described now as the Jerilderie Letter. It is a personal account by Ned Kelly which he asked to be published in his own defence, however, it’s a work that remained largely unknown for nearly 100 years. The meandering account gives an interesting insight into Kelly’s life and times and was something I very much enjoyed finding.

Visiting the many small villages and town settlements throughout the Riverina is a really entertaining pastime, but it is settling into a bush camp along the River Murray that was our ultimate goal in winding up our run down the Newell Highway. The wildlife of the Murray River camps is a delight, along with the fishing and just sitting back enjoying toasting the toes. This is a great alternative to the coast road, with its turns, twists and hills. Route 39 is just flat-out like a lizard drinking, one simply basking in the outback sun.