Following last week’s recall of New Age caravans fitted with Vehicle Components Cruisemaster XT suspension, the guys at Cruisemaster have been receiving calls from concerned caravan owners of brands not affected by the recall.

The recall notice that appeared on the Product Safety Australia website on the 19 January stated there are 143 New Age caravans fitted with Vehicle Components Cruisemaster XT suspension sold nationally between 1 November 2019 and 1 August 2020 where the shock absorber bracket may detach from the chassis frame.

According to the recall notice, if the shock absorber bracket fails while the caravan is in motion, there is a risk of loss of vehicle control, increasing the risk of an accident causing injury or death to the vehicle occupants and other road users.

According to Cruisemaster Managing Director, Andrew Goddard, his company has received a number of calls from concerned owners of caravans not made by New Age but fitted with Cruisemaster suspension.

In a statement released today, Mr Goddard said, “With recent conversation around the recall of certain New Age Caravan builds fitted with Cruisemaster XT Suspension; Cruisemaster would like to take the opportunity to clarify that there is no concern with the XT Suspension hardware itself.”

“The recall is in regard to the installation of the XT Suspension hardware.”

Crusiemaster suspension is sold as kits that are then fitted to the chassis by the various caravan and chassis manufacturers.

Mr Goddard also wanted to make it clear that the team at New Age Caravans has been extremely cooperative in working to identify the issue and rectify the fault.

“We would also like to express our support of New Age Caravans and have found their proactivity in resolving this issue commendable,” he said.

To find out if your New Age caravan is one of the recalled units, you can verify it against the list of VIN numbers published in the recall notice. The list, as well as the recall details, can be downloaded from the Product Safety Australia website by clicking HERE.

If you do not own a New Age caravan, then there is no cause for concern. 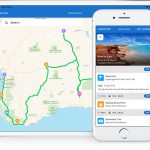 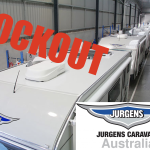