It appears déjà vu has struck embattled caravan manufacturer, Jurgens Australia, with posts appearing on social media suggesting workers have been ‘locked out’ of the factory for a second time.

The reports allegedly come from Jurgens factory workers who say they turned up to work on Monday to find security guards at the gate preventing them from entering the premises.

A photo has also appeared on social media of a ‘termination’ notice stuck to an entry gate appearing to show the lockout was instigated by the owners of the property. It has been alleged there may be a dispute over unpaid rent.

The reports, if true, are a troubling repeat of the drama the befell Jurgens Australia in March last year where the factory gates were locked and emblazoned with an official closure notice. The factory later reopened and Jurgens resumed trading despite an application for a ‘winding up’ of the company sought by AL-KO International.

The news has shocked many prospective customers who indicated on social media that they were intending to purchase a Jurgens caravan. One concerned owner posted that her Jurgens van was inside the factory awaiting repairs.

The Jurgens Australia website bears no notice of any issues. 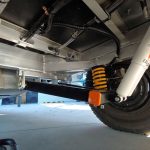 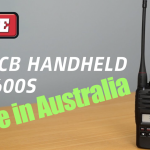