I drove a Ford F250 once, well more than once. I drove it so much I didn’t wanna give it back, in fact, when I was supposed to give it back I nicked off to Melbourne in it contrary to the boss’s orders. I think he understood. I wasn’t summarily fired so I guess …

Anyway, the reason I bring this up is that in this month’s tow test we’re driving another of the big utes from the land of the giants – namely a Chevrolet Silverado. Now, when I drove the big Ford there wasn’t much else on offer via retail, if you wanted a ute that hauled more you had to find it yourself via an import route. Ford discontinued selling the big F Series new, and that sent second-hand prices through the roof. A clear indicator that this country had an affection, or affectation, for the biggest utes money can buy.

These days you have some more options open to you with the Ford F150 and RAM models in local dealers (and private importers still) and now HSV is importing the Silverado in large and larger versions.

I suppose there will still be people who reach for the old cliché about the need to drive a big truck being to compensate for a shortfall in the trouser department. Obviously, they’ve never driven one. I understand that not everyone actually wants to drive one, but when you do, for whatever reason, it’s huge fun.

And they are practical, assuming you have the space to keep one; rather like the Great Dane in an inner-city studio scenario (well for that you make allowances, don’t you? Such as sell your spouse).

Huge carrying and towing capacity and, in the case of the Chevy for instance, these trucks pack very useful towing tech that makes the whole operation easy and safe. The Australian appetite for larger and heavier vans (or a refusal to leave the toys at home) means that to be legal in terms of weights and measures a vehicle of this capacity makes more sense.

They’re expensive you cry! Yep. So is a 200 Series in top spec, or a Land Rover Discovery or a big Audi if you’re into Euro luxury. And most of these US trucks are full blown four-wheel drives as well as having full-blown massive diesels. Granted you won’t manage tight tracks but as a long-haul, long-term proposition, these trucks make sense.

I know I won’t convince all of you. Check out the tow test, see how much Sam Purcell enjoyed the Silverado! We managed to hook up a large van to suit, since some of you have been complaining about our oversights here and went for a spin in the rain.

Billy Connolly once told a joke that went: Hah! People say, ‘you only swear because of a lack in your vocabulary’. It’s not true. You show me the English equivalent of F*** Off! And I’ll happily use it.

Sometimes there’s just no alternative available, you have to make a statement, in English or Australian. This is possibly the best tow vehicle on the planet 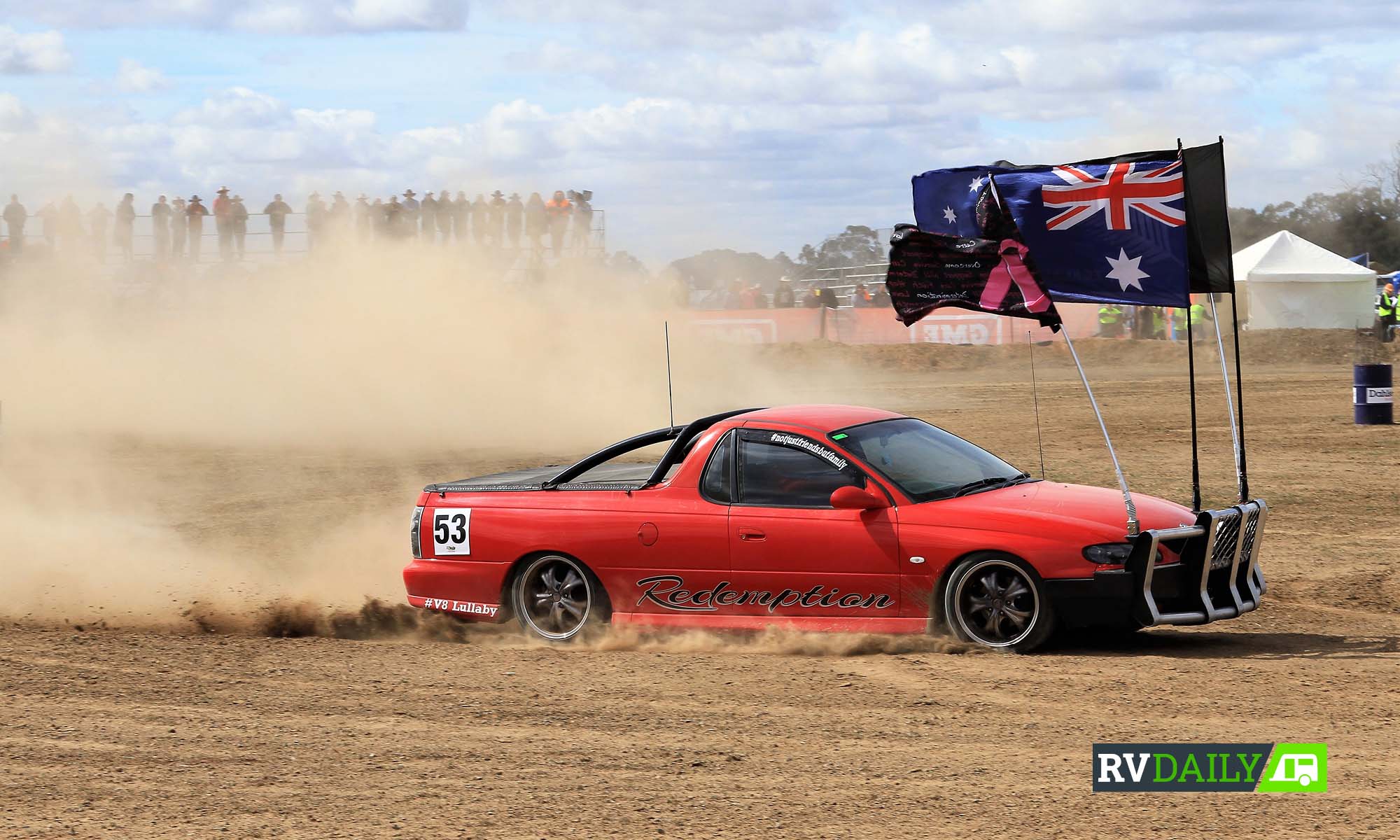