Guide: Breakaway brakes – everything you wanted to know and more! 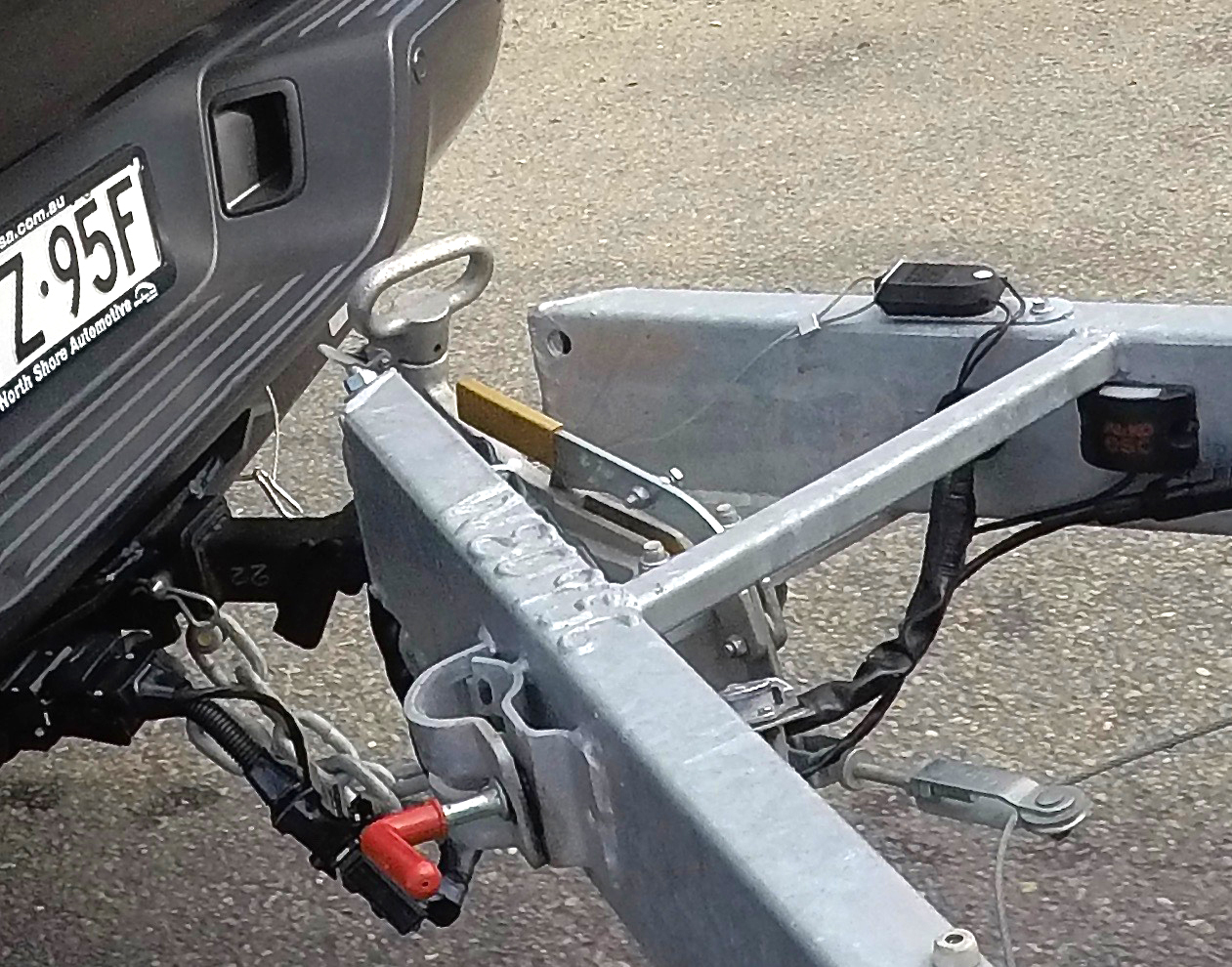 Breakaway brakes are a legal requirement for heavier vans but do you understand the set-up? Plus we look at what can go wrong in this guide by the RVDaily team

A breakaway brake system is designed to automatically apply the caravan’s brakes in the case where the van has detached from the tow vehicle when driving. What it is meant to achieve is to bring the errant van to a stop, before it crashes into anything. Not only that, the breakaway system has to ensure the caravan stays stopped. Under the Australian Design Rule 38/05 – Trailer Brake Systems, once activated the breakaway brakes must be able to remain on for a minimum period of 15 minutes.

What’s the point of safety chains then, you ask? If the cable that activates the breakaway brakes is looped in a way that it is short enough to activate the brakes while the chains are attached (but the coupling has come off the towball) then at least you’re likely to have better control of the caravan as you come to a stop. Better that the van is independently slowing rather than moving around on the safety chain(s).

If either the safety chains or shackles break, or the towbar unit disengages completely from the tow vehicle, then with a correctly operating breakaway brake system at least the caravan will come to a stop as soon as possible (on its wheels at least).

In Europe, there is no requirement for safety chains; instead the Europeans rely on a coupling that is difficult to not positively engage — so it’s unlikely that the coupling would come off the towball— and if it did, the breakaway brake system is very simple — a cable linked from the tow vehicle to the caravan handbrake.

Meanwhile, the typical Aussie breakaway brake system has a switch fitted to the A frame that is fed 12-volt power from either the house battery (or its own 7amp, 12V battery via a control unit such as the Breaksafe unit) and linked to the caravan’s electric brake circuit. 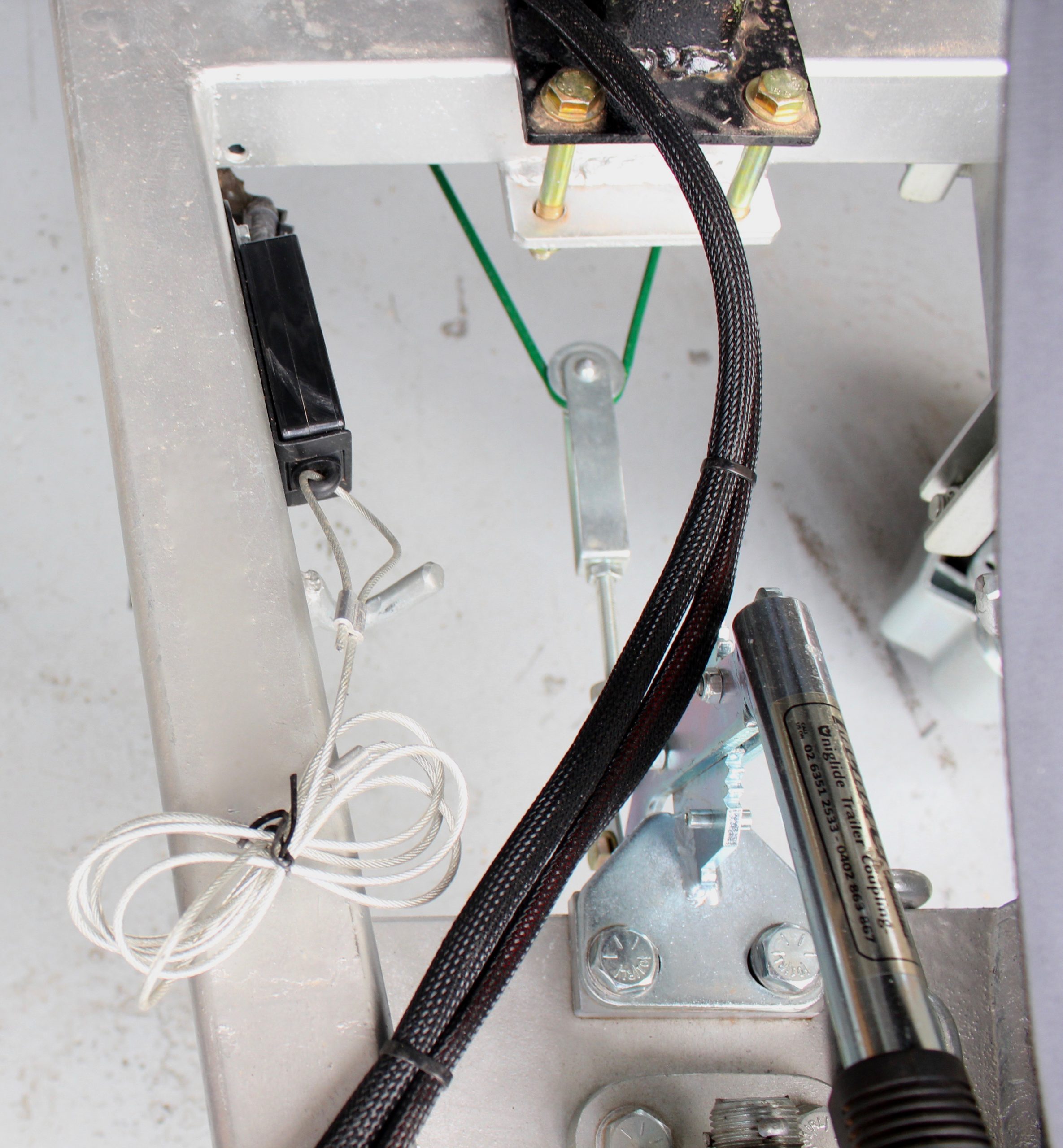 The switch is very simple: it contains two spring-loaded contacts that are held apart by a removable pin that is attached to a steel cable that is attached to the tow vehicle. If vehicle and van were to separate, the cable pulls the pin out of the switch body, the contacts in the switch close the circuit and power is fed from the battery to the brakes. Another circuit from the switch runs to activate the caravan’s brake lights.

Breakaway brake regulations are uniform across states and territories — although that wasn’t always the case.

Until amendments that came into effect in 2017 under the Road Transport (Vehicle Registration) Regulation 2017, NSW were unique in that you had to have a breakaway battery monitor to warn the driver of low battery condition — and that the breakaway system be powered by its own battery — but that is no longer the case.

Make sure your breakaway brakes don’t stop you for the wrong reason. 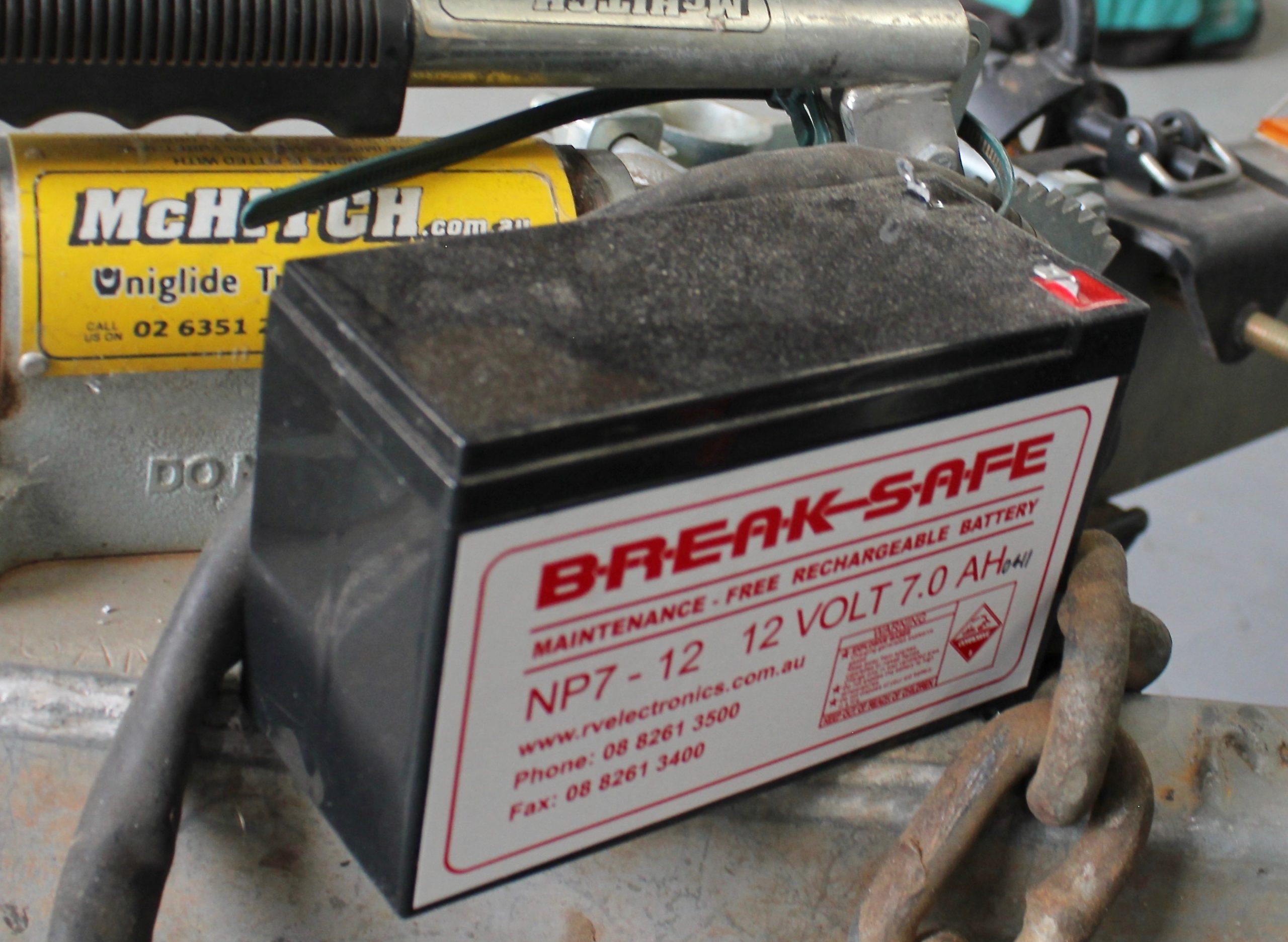 What can go wrong?

There are several issues that can interfere with the correct operation of a breakaway brake system. The first is that if it’s a system with a control unit and integral battery, the battery must be either charged with a battery charger or charged via the tow vehicle, or it will run flat and not operate the trailer brakes. Make sure that the pin in the 12- or seven-pin trailer plug that supplies charging current from the vehicle to the battery hasn’t closed up, or your breakaway battery won’t be fully charged.

The other issue is that the battery may no longer hold an adequate charge due to deterioration of the battery itself. While the breakaway control unit is normally fitted with a battery charge check button, ideally you would use an independent load tester to ascertain if the battery still is operating correctly.

If you’re running the breakaway system on house batteries, if you pull out the pin (for example when unhitching the tow vehicle at camp) and don’t replace it, the house battery will deplete as it is powering the brake magnets. Leave it for long enough and you’ll end up with not only a flat house battery at camp but also inoperative breakaway brakes next time you hitch up (until the tow vehicle sufficiently charges the battery).

While many caravanners loop the steel breakaway cable though a shackle or towbar eyelet, that will not help at all if the towbar assembly pulls away from the vehicle. It’s a rare occurrence, but if it were to happen the breakaway brakes can’t activate.

Securing the cable to either a dedicated fitting on the vehicle body or a secure stainless-steel loop riveted to the bumper are the only ways to ensure that the breakaway system will operate as it is supposed to if the towbar comes away. As mentioned earlier, loop it in such a way that you don’t have so much excess cable that the breakaway system won’t activate if the coupling were to detach from the towball and rest on the safety chains.

Lastly, if your caravan brakes are in poor condition and are not slowing down the van very well when hitched up, you can bet they will do little in an emergency situation such as when the breakaway brakes are activated. Always ensure that your brakes are properly adjusted, with plenty of friction material left on the brake shoes and magnets and wiring in good service condition.

While breakaway brakes are something you don’t often think about, it pays to ensure that the system is functioning properly just in case the worst should happen. 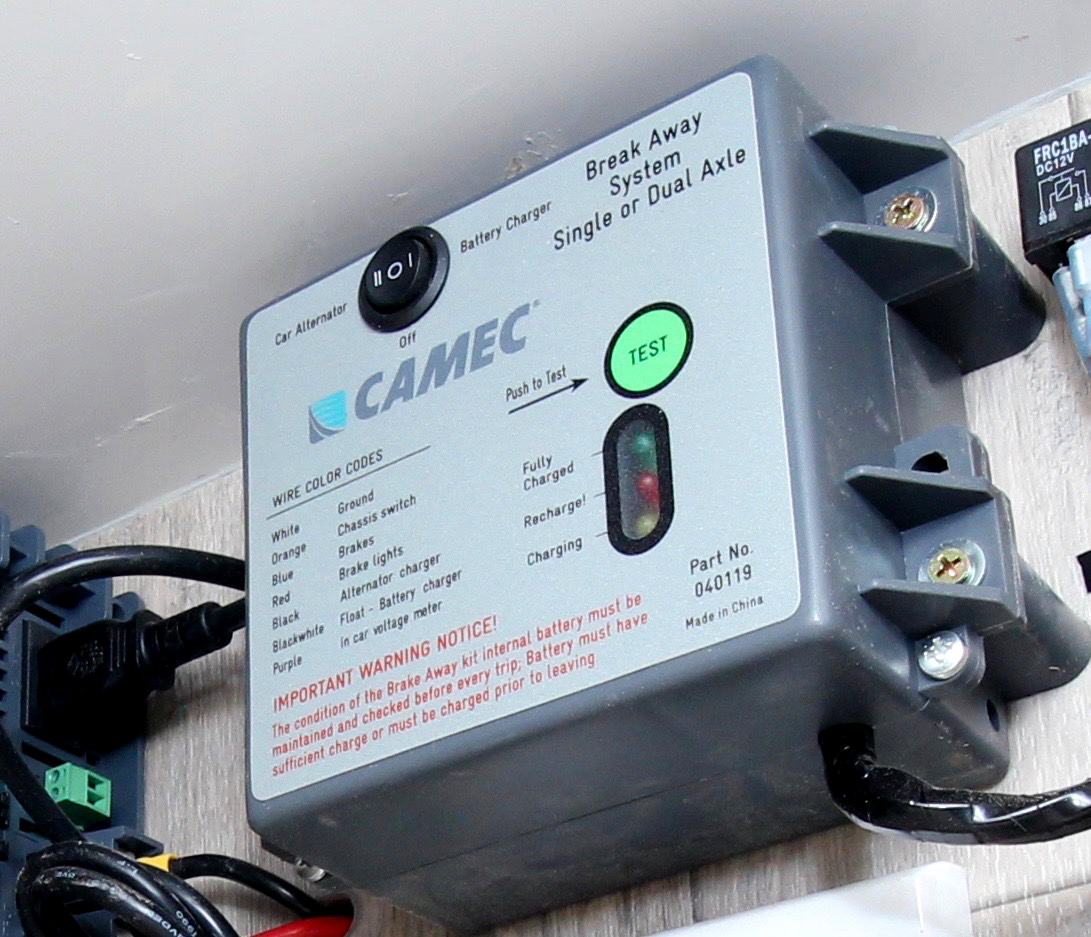 The pre-flight checks of breakaway brakes!