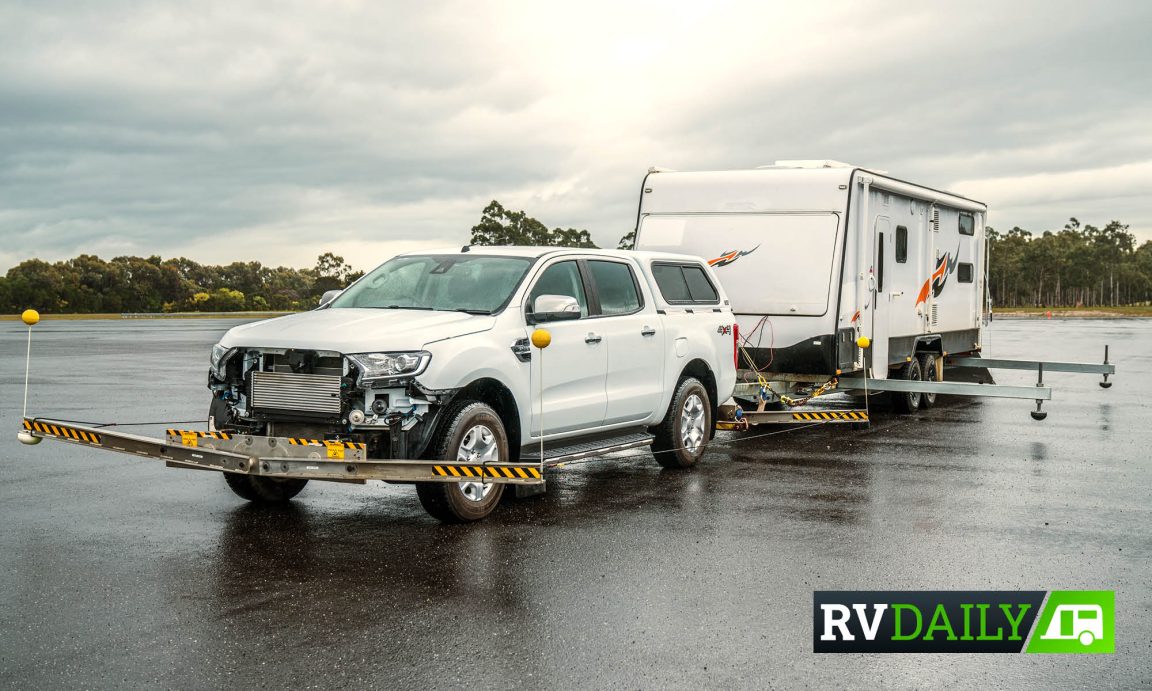 How to stop your caravan from swaying

If there’s one thing you want to avoid in a caravan, it’s swaying! But what causes it, what you can do about it, but more importantly, how do you avoid it in the first place? You’ll want to read on – this advice might just save your life!

The dashcam video above shows a sequence of a fast overtaking caravan and tow vehicle whose minor sway escalates until the combination jack-knifes seconds after. How did this happen? The overtaking manoeuvre is likely to have caused it, but a fast-moving truck travelling toward a fast-moving rig on a two-lane road could also be a likely culprit. This type of accident was suspected as far back as 1983: an NRMA booklet (Towing in Australia – Pain or Pleasure) warned that, in really serious cases, this can cause the trailer combination to go completely out of control and jack-knife.

Traffic engineer, Rob Caldwell, described the mechanism in detail in his (2014) paper Caravans and Trucks Sharing Roads in Australia. Caldwell stated that ‘these situations can lead to loss of control, a collision with the truck or jack-knifing, possibly ending in vehicle rollover’.

What happens when your caravan sways – and the consequences

A big truck, particularly if flat-nosed, generates a diagonal bow wave of considerable force. It also creates a vortex (a sort of air-like whirlpool) along its immediate side. This vortex causes an overtaking rig to be initially drawn toward the truck when it’s some metres behind the truck’s cab. But, just as the tow vehicle nears the front of that truck, the very strong bow wave pushes the front of the tow vehicle strongly away from it. Meanwhile, the vortex sucks the front of the caravan towards the truck – a movement enabled by the overhung hitch causing it to sway strongly.

If you’re in this situation…

If you find yourself in this situation, hold the steering wheel firmly, but use pressure only to prevent the sway from building up. Do NOT attempt to correct the sway by using opposite lock. Do NOT brake the tow vehicle but, if feasible, use the override on the caravan brake controller to apply the caravan brakes. An AL-KO or Tuson electronics sway-control system may usefully actuate in this situation.

Such sway, from any cause, is fundamental to all rigs with an overhung hitch. When the tow vehicle swings one way, that overhang causes the caravan to sway the opposite way. Likewise, a caravan’s sway causes the tow vehicle to sway. This is damped by intended friction between the tow ball and its receiver (but not if greased!), and a friction-like shuffling effect inherent in the footprint of the tow vehicle’s rear tyres on the road.

The greater that overhang, the worse the effect. It’s no coincidence that so many such accidents involve dual-cab utes with extended chassis.

If that overhang is not excessive, and the caravan is the same percentage of the tow vehicle weight (and correctly loaded, and with adequate ball mass) sway should die out within two to three seconds. If otherwise, sway may escalate.

This instability is fundamental. It is not simply allowed by that overhung hitch: it is created by it. If it dies of its own accord (at all speeds) it is uncomfortable and annoying – but mostly harmless. Friction mechanism and locking cams increase that damping but do cope with potential jack-knifing forces. When overwhelmed, they suddenly release pent-up energy into the system when least needed. Further, and as with electronic mechanisms that act at low levels of sway, they mask fundamental instability.

The impact of speed

At low-ish speeds, a strong side force as with that truck-affected rig may just cause the rig to sway around a bit and then settle down. The effect, however, is very much speed-related. If you are attempting to overtake a truck travelling at approximately 100 km/h, your rig is likely to will be travelling at 110-120 km/h. Physicists’ call what may happen next, chaos theory.

Given a sufficient nudge (here, the truck’s bow wave) and an adequate energy source (momentum), a fast towed caravan may exceed a certain critical speed (unique to each rig). If that occurs, the rig is triggered into a sequence whereby the behaviour is not random, but not realistically predictable either; it is now totally out of driver control. The swaying caravan generates such side forces on the tow vehicle’s rear tyres that they cause that vehicle to fish-tail violently. That overhung hitch, in turn, causes the caravan to do likewise – but in the opposite manner. After one or two more increasingly violent swings the rig jack-knifes.

At speed, any strong enough side force can do this: cornering too fast, sudden changes in camber, inner wheels run onto a soft surface. The risk can be minimised but never totally eliminated in any rig with that overhung hitch. A fifth-wheeler (that has its hitch over the tow vehicle’s rear axle) will, in this scenario sway a few times. But that’s all.

The caravan weight is not the major issue

Vital, however, is where that caravan’s weight is located. The ideal is a compact mass just to the front of a well set-back axle. That’s impracticable, but the closer to that ideal the better. Only too many caravans are virtually the opposite. Long and heavy, with 100 kg or more of batteries, gas bottles and spare fuel up front. Heavy washing machines and spare wheels at the extreme rear: and even tool boxes and laden cycle racks. These are virtually recipes for jack-knifing because the effect of weight at the end of a beam (mass) is far greater than that weight centralised. Two 40 kg spare wheels at the extreme rear of a long rig have an effective total mass of more than 300 kg! If the tow vehicle is not substantially heavier (many are much lighter), the issue only gets worse.

As with horse-drawn carriages, a towed caravan ultimately relies on the mass and stability of whatever pulls it. This is basic physics. With the Olympics on as I write, the ‘throwing the hammer’ event shows that even the heaviest athlete can barely control that rapidly spun 16-pound (7.28 kg) ‘hammer’ just prior to release. When released it goes hard and fast and in a straight line.

The current and (in my opinion) inevitably escalating caravan rollover rate is reversible only by manufacturers and owners accepting that caravans are not exempt from the basic laws of physics relating to moving mass. This rules out anything long and end-heavy towed via an overhung hitch.

Five rules you must obey to avoid your caravan swaying

The author and RV Daily acknowledge input from Rob Caldwell MITE (Life) MAITPM in the preparation of this article. 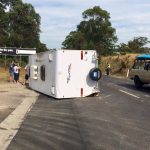 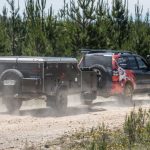