Kangaroo Island locals tout their ferry as “the most expensive in the world”, and while this might be a stretch, it’s by far the most expensive we have encountered. So we set out to discover just whether the price was worth it.

Having undertaken three voyages in the same Toyota LandCruiser 200 and eight-metre caravan during the last three months, we ranked the journeys based on their associated costs. Please note, all costs were based on a family of four.

The best value for money was the Spirit of Tasmania (SOT), at a mere $4.06 per kilometre. Subsidisation by the Australian Government goes a long way to keeping the cost down, and makes this voyage easily the most affordable of our three.

In second place, the Bruny Island Ferry. Again, the barge is subsidised by the Tasmanian Government, and while the price is considerably higher than the SOT at $38.25 per kilometre, it is still quite affordable for those already in Tasmania with an RV.

In last, and at a jaw-dropping price of $51.43 per kilometre, comes the Kangaroo Island Ferry. That is a mind-numbing $823 for the 16 kilometres travelled on the privately-owned vessel. Bona fide Kangaroo Island residents receive a discount from this rate but if you’re a visitor, that’s where it stands. At this rate, let’s hope it becomes subsidised in the near future. 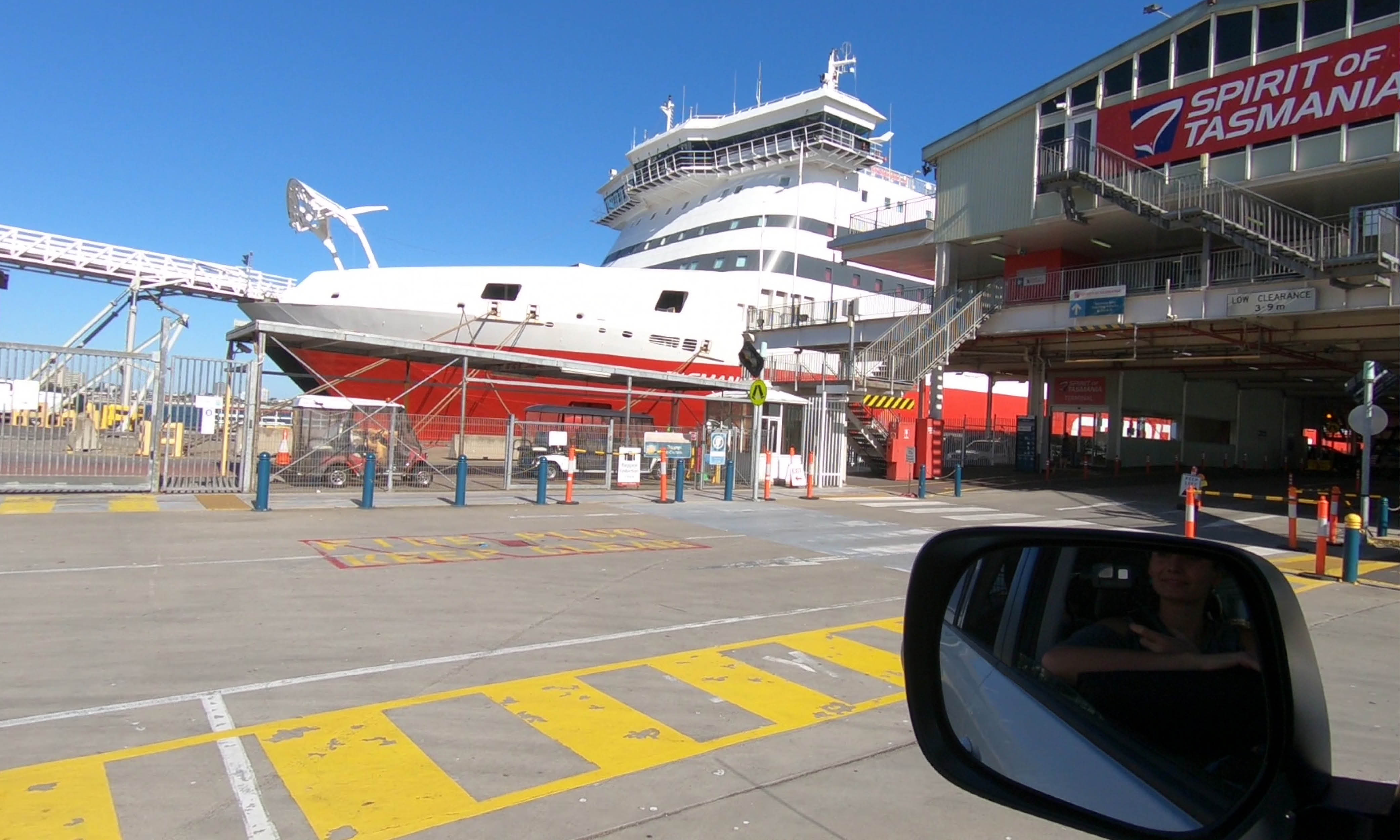 Of course, this leads one to wonder as to why the government subsidisation is not extended to all passenger vessels, to expand the horizons of those escaping to explore some of our most serene environments? But to understand the current climate, we must investigate the beginnings of Australia’s most expensive voyage.

The transport of passengers between Cape Jervis, on the mainland, and Kangaroo Island began as early as 1902, when the Penneshaw Jetty was constructed. The Karatta operated regularly across the waters, and would continue to do so until 1961. Its retirement saw several other businesses attempt to capitalise on the Backstairs Passage, all with little to no success.

In fact, it was not until the 1970s that the venture again gained ground, when local Kangaroo Island businessman Peter March undertook the endeavour, and a regular passage between Cape Jervis and Kingscote was restored. The Philander, March’s chief vessel, carried 80 people and four cars between the points until the Department of Marine and Harbours shut down the operation.

Undeterred, March introduced the Philander II and III, restoring the route to that of Penneshaw to Cape Jervis, and successfully rejuvenating the venture. 1989 saw the service fall briefly out of Australian hands when MBF, a Malaysian company, acquired the asset, renaming it the Kangaroo Island SeaLink. In 1996 a group of local South Australian businessman bought the asset, restoring it to Australian control. It proved to be a pivotal point in time for the SeaLink, which is now part of an organisation that has expanded alarmingly since its humble beginnings. Having started as a single ferry service, the company has manifested itself into a travel powerhouse, with more than 77 vessels, 60 coaches and 1600 Australian employees beneath its banners. At present, it holds a long lease over the Cape Jervis berth, an entitlement that has kept competitors at bay, and will continue to do so until at least 2024. While some locals begrudge the company’s monopoly and the expense as a result, others relish the safe, reliable and professional service that it provides. So with that in mind, is a fare that’s so outrageously expensive worth it? Absolutely. 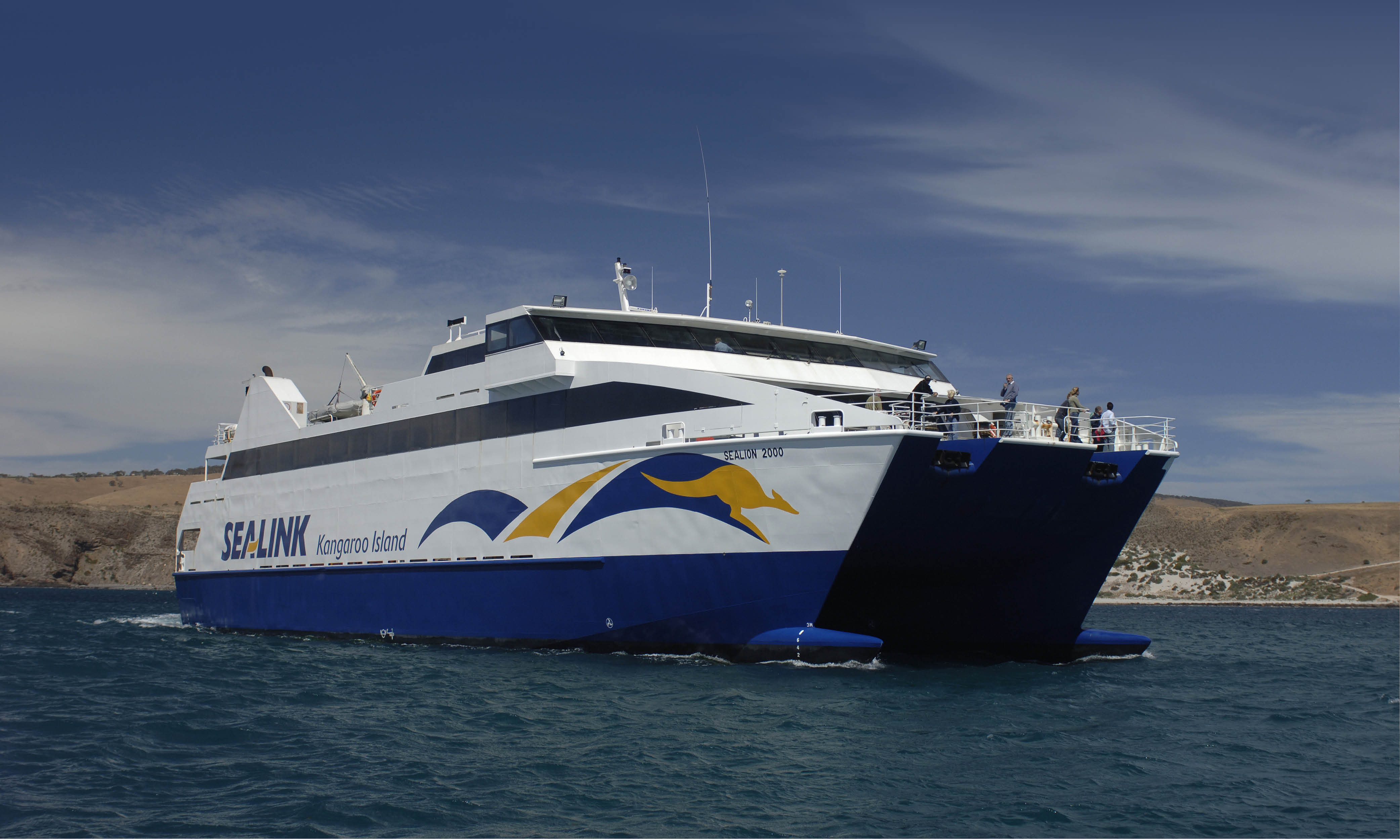 Kangaroo Island is like no other, a place as rich in history as it is in scenery, a place that will create memories as vivid as its landscape.

The island, once a lawless land inhabited by convict escapees and whaleboat workers, draws the intrepid traveller who desires to build a deeper connection with the present by exploring the past. The social pariahs of the past would storm the mainland to terrorise Indigenous Australians, and women in particular, before returning to the rugged escarpment. Upon the island, they hunted native animals relentlessly, and drove the sea lion population to the brink of extinction. 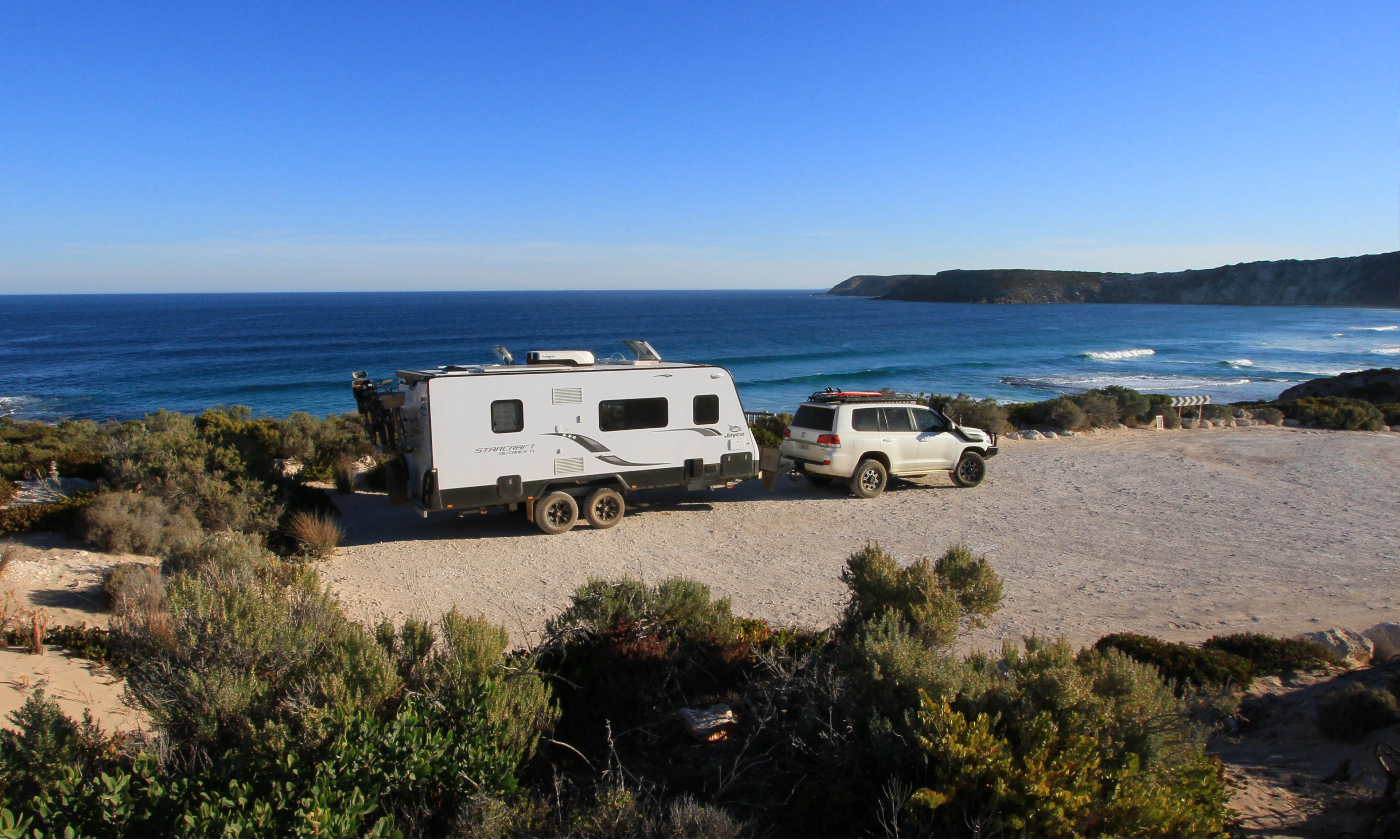 Thankfully, harsh lessons of the past have borne serene fruit in the present and the island’s Seal Bay is now a conservation park, a haven for the sea lions, one which provides an opportunity for interaction with the magnificent animals via guided beach tour.

The natural scenery of Kangaroo Island is spectacular, offering stark contrast for the in-tune naturalists. The south coast is harsh, bearing the brunt of the Southern Ocean swells, while the north provides a more placid perspective, lush with rolling green hills and sheltered bays.

With more than 80 shipwrecks and a distance of 150km between the east and west coast, exploring the island’s natural wonders by RV is by far the best option. Flinders Chase National Park is a favourite, and home to the popular natural attractions like Admirals Arch and Remarkable Rocks, the latter being simply awe-inspiring.

The Island boasts some of the world’s best white sand beaches, including Stokes Bay and Vivonne Bay, the latter of which was previously crowned Australian Beach of the Year.

Kingscote is the commercial centre, where you’ll find a variety of shops, supermarkets, pubs and accommodation, with the tourist park not far from town. The main street is particularly popular with the tourists and locals alike; the locals are extremely welcoming and not shy of a wave as they pass you on the road.

There is a variety of camping options available including caravan parks, camping in national parks and a small number of privately-owned camping areas. You can visit all the highlights in a busy three or four days, however, if you really want to explore the island’s beauty and have a relaxing time, at least seven would be advised. 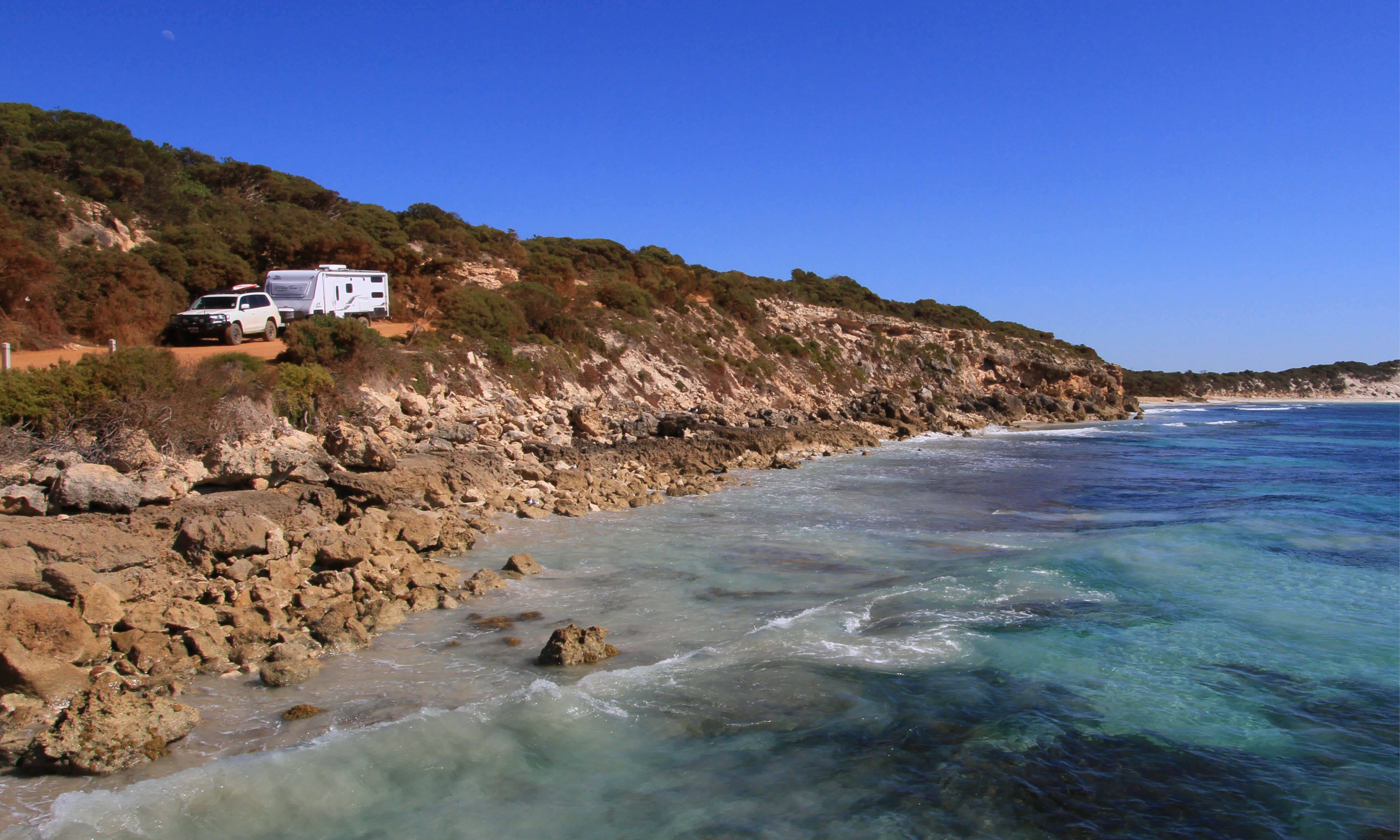 SeaLink runs up to 12 services a day each way in peak periods, with the 16km journey taking around 45 minutes. Both vessels are amazingly comfortable, offering fully-licenced cafés and free WiFi. Check-in time for passengers and vehicles is at least 30 minutes prior to departure.

As with all crossings of this nature, the island’s biosecurity is taken very seriously when both entering and exiting, so please check the Natural Resources SA site (link to the right) when planning your trip. Rest assured it’s no fun to either scoff down 2kg of honey, or hand it over to the man in the fluoro vest.

Pets are permitted to travel on the vessels free of charge, however, planning is vital, as furry friends are not welcome at many of Kangaroo Island’s main natural attractions. However, boarding facilities are available on the island.

So how can you save on fares?

Plan ahead and check with SeaLink for current deals. At the moment it is offering two free passenger tickets with any caravan or camper-trailer booking; this is a saving of $196. Otherwise, contact a caravan park or camp area first and have them quote you on a package including ferry and site fees. You will be surprised at just how much they can discount.

For those looking for an RV adventure away from the mainland, costs are a serious consideration. The reality though, is that sometimes the additional expenditure can be worthwhile. Kangaroo Island fits this category.

Yes, it can be expensive getting over there, but the scenery in the Flinders Chase National Park, the gorgeous beaches, and best of all, the friendly and welcoming locals, make this an experience that is quite simply priceless. 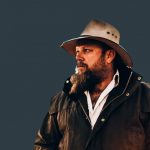 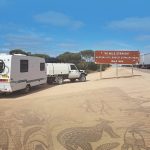