We tell you how they did it, and how you can do it for even less.

You’ve probably heard about the young Perth couple who travelled around Australia for less than $1 a kilometre on their seven-month, or 228-day, trip of a lifetime. That’s a whopping 29,946 kilometres and 4278 litres of diesel across six states in their geared-up 79 Series LandCruiser. Pretty impressive, eh?

How many young people can say they’ve road-tripped around this rugged continent? We spoke to Brett and Brooke to get all the details on how they did their big lap on the cheap.

The Perth-based pair set off in May of last year, on what they call their ‘trip of a lifetime’, armed with a rooftop tent while they tackled the tough tracks before hitching up a 17ft Jayco for the second leg of the trip.

They created a Facebook page dedicated to sharing updates and photos with family and friends, so you can imagine their surprise upon waking up the morning after they returned home to discover that they had ‘gone viral’, gaining 17,000 new followers and thousands of comments overnight. “It was very overwhelming for us both,” said Brooke.

With many young people these days choosing to splash out on overseas holidays, we had to ask, what made them want to explore their own backyard? “We were sitting down one night chatting about a lengthy holiday and throwing ideas around as to destinations … the idea of a ‘lap’ came up and we had our heart set on it.”

When it came to saving up for their trip, Brett and Brooke “knuckled down”, putting away a large chunk of their wages while using their spending money to stock up on camping gear and vehicle set-up costs.

Their best money-saving tip? “Work out your needs versus wants”. Do you really need that $4 latte-to-go from McDonalds? Or can you bring a thermos and brew your own coffee?

The same goes for food. Brett and Brooke opted to cook almost every meal themselves, saying that they “ate no differently on the road to what we would at home.” For this young couple, that meant bacon and eggs on toast or cereal, leftovers or sandwiches for lunch, and dinners ranging from simple meat and veg, to fresh seafood, pasta and roasts.

Although, the couple admitted that they did “enjoy a meal and some cheeky beers out once a week” and dropped into some recommended bakeries “for a sneaky pie here and there”. And good on ‘em! Purchasing a coffee or a bite to eat every now and again helps support the local businesses that are doing it tough in small towns.

The couple allocated an average of $205 a week for diesel, $200 for groceries, $157 for caravan park fees, $120 to dining out and $86 for beer (there are some things that just can’t be sacrificed), leaving them with a couple of hundred leftover to spend on activities. I suggested to the couple that there are many who would argue that $1000 a week is hardly a ‘shoestring budget’ (as touted by many of the media headlines). Brooke says that after some research, they decided that this was a reasonable budget as it allowed them to “still enjoy the touristy things, stay in caravan parks and be a little more lavish on our trip than, say, $750 would.”

The couple admitted that they could have saved a lot of dosh by sticking to the free camps, which they did for only seven nights out of the total 228 that they were on the road, despite being prepared and bringing along a portaloo and a hot water unit.

So we had to ask: why didn’t Brett and Brooke take more advantage of free camps?

“We found it more convenient to stay at caravan parks in towns where we could ride our pushbikes about and felt our set-up was more secure,” said Brooke.

The comfort of a caravan park can be hard to pass up but the costs can add up quickly, especially if you’re staying for days at a time. Caravan parks generally charge between $20-$60 a night, depending on whether you opt for a powered or unpowered site, and whether you stay in a budget-friendly park or a deluxe one, like one of the big chain brands.

Keep in mind that what you’re paying for is the privilege of a toilet, showers, a camp kitchen (cooking facilities) and power. These are all things you can bring with you so that you can free camp in relative comfort. On another note, some national parks charge up to $26 per person per night for the privilege of parking your van on its grounds, while others are free – so do your research beforehand and choose wisely.

While diesel (or petrol) will certainly be your biggest money guzzler, and there’s no way around spending on food, we reckon that by simply free camping for the majority of the time, you’ll be able to save a motza.

We just had to ask about any mishaps and misadventures, but apart from a couple of run-ins with some coffee-thieving emus, Brett and Brooke said that it was all smooth-sailing on their big lap – “not even a flat tyre”! 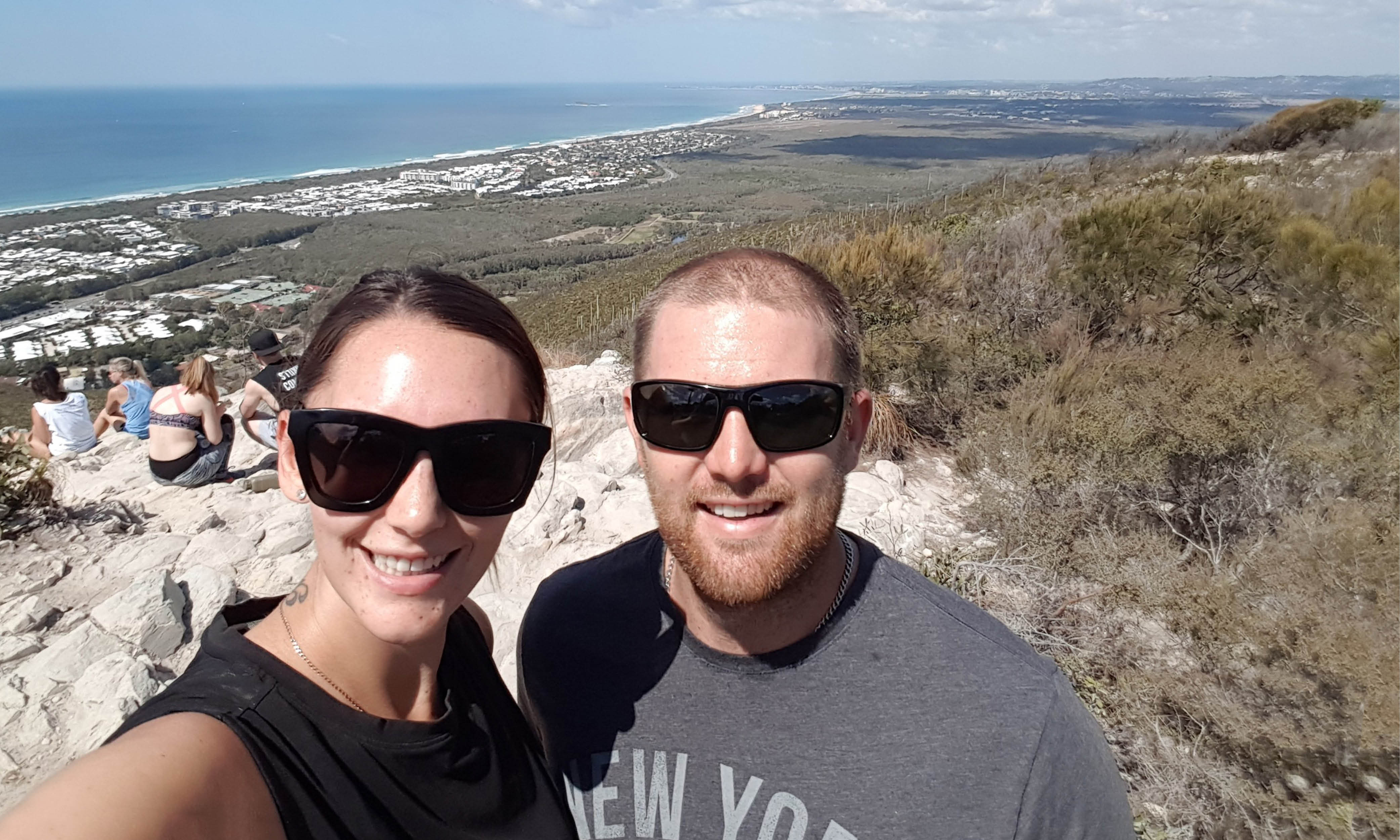 Although home renovations and wedding planning are keeping the pair busy now, that hasn’t stopped them from planning more trips. “We missed Tasmania on our lap so this is definitely on the cards”. They are also keen to head into the Red Centre to do some more exploring in the outback.

Reckon you can do a lap of Oz for less than a $1 a kilometre? Or maybe you have already.

Let us know! We want to hear your story and how you did it. 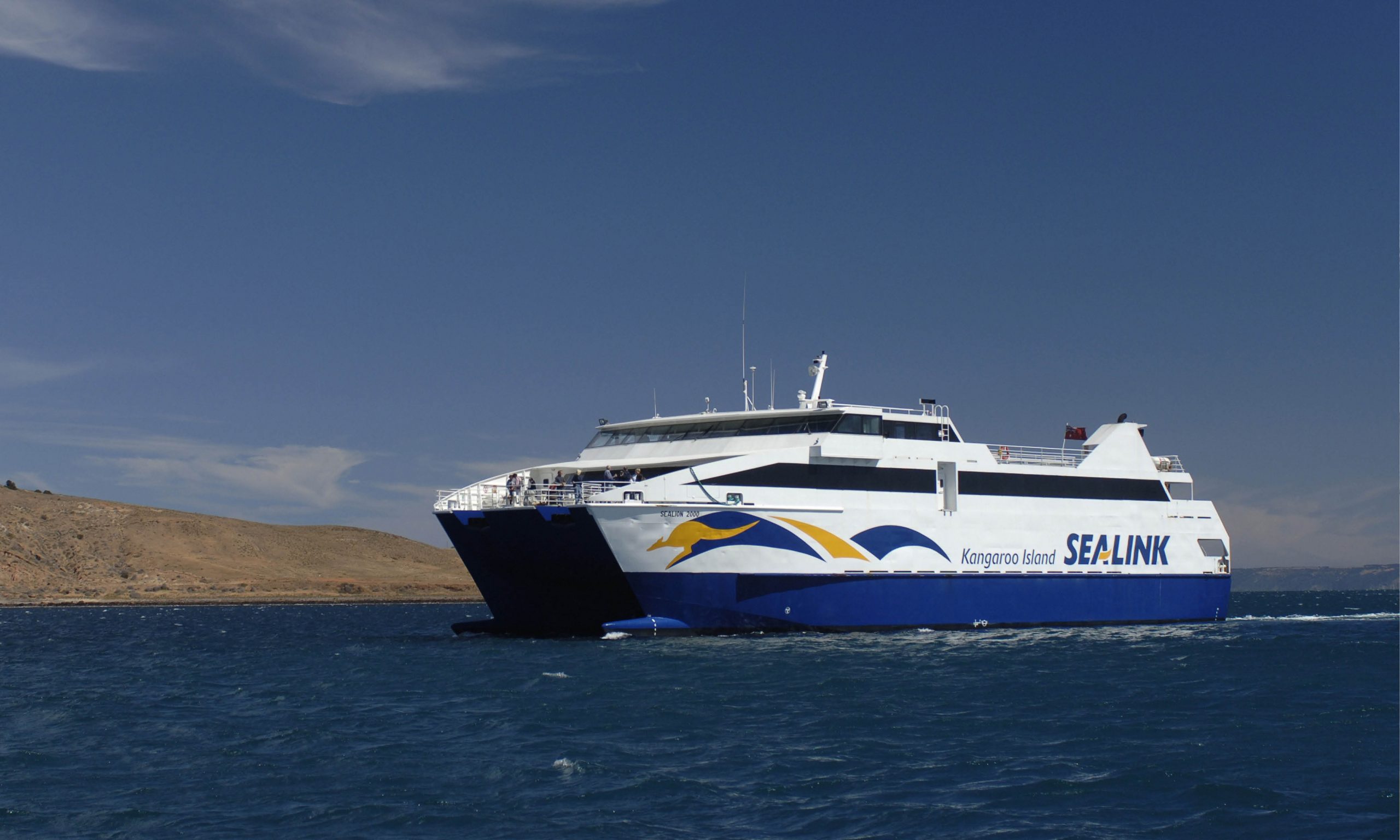