Is enough being done to educate caravanners on truck safety? 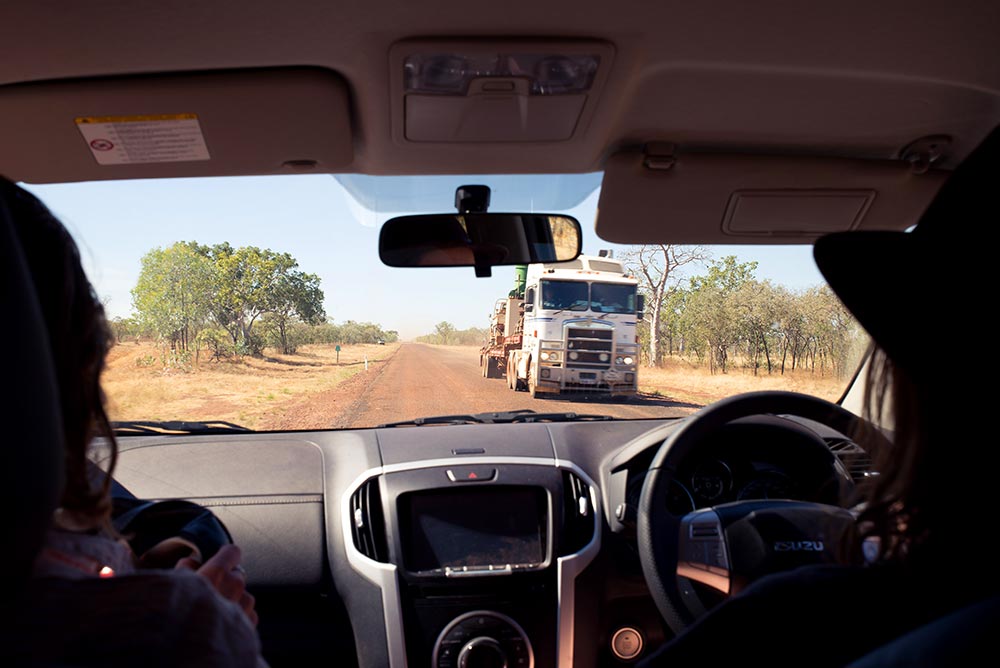 Is enough being done to educate caravanners on truck safety?

RV Daily recently ran a three-part story entitled Caravanners vs Truckies (read it here). We looked at the key road safety issues, who is responsible for altering their behaviour to create peace between the two groups and, most importantly, how caravanners can drive more safely around trucks.

In this article, we thought we’d take a look at what’s being done to educate the public and ultimately create safer roads for all Australians. And it turns out, some of the biggest players in the game are passionate individuals. 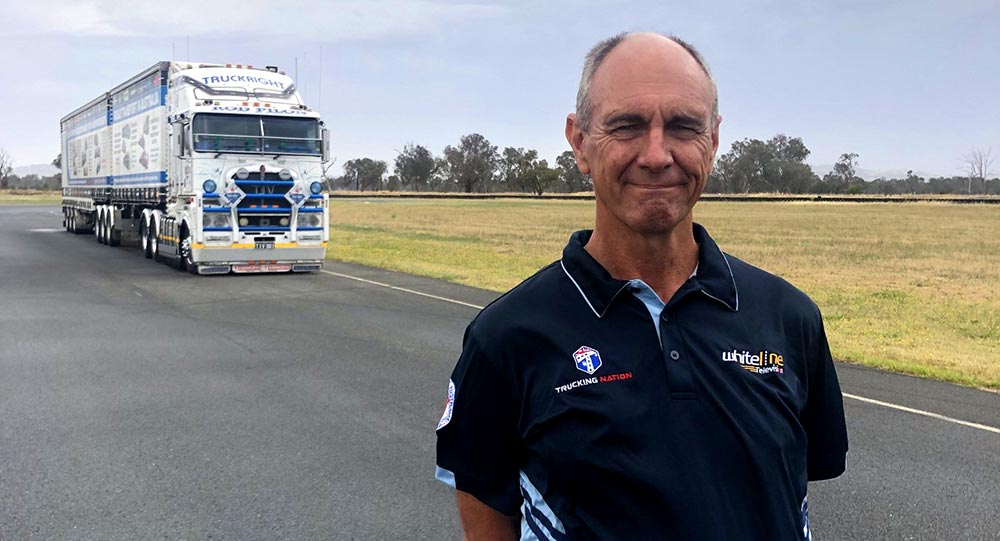 Rod Hannifey is a full-time truck driver based in Dubbo, NSW. He’s also the leading figure in Australia when it comes to educating road users on how to share the road with trucks. And while his work covers all road users, Rod also has a particular focus on caravanners. It was Rod who set-up Channel 18 back in 1999, now known nationally as the caravanners’ channel and recognised as such by the Australian Communications and Media Authority (ACMA). These days he runs Truckright in his spare time, an educational website through which he has been able to speak at a handful of caravan shows, events and rallies around Australia, but the demands of full-time work limit how regularly he can run these important talks. Rod advocates for the introduction of a towing licence as well as mandatory education for learner drivers when it comes to driving safely around trucks.

“The biggest issue is people don’t understand how trucks work,” Rod said. “A 17-year-old kid gets their licence, they’ve got no education at all on trucks or why they can’t just stop when you pull in front of them, so they do the wrong thing, get killed and it’s the truckie who cops the blame, who sees it in his nightmares for the rest of his life. We’re the bad guys; we shouldn’t be on the road.”

In 2017, Rod teamed up with Whiteline Television, which runs the website Trucking Nation, to create an informative video addressing the issue of caravans parked in truck rest areas. Following that production, Rod and Whiteline Television were able to secure funding from the National Heavy Vehicle Regulator (NHVR) to create a series of videos on sharing the roads with trucks. This content has been republished by multiple other organisations, including Share The Road and Truck Friendly, and even the Caravan Industry Association of Australia (CIAA). 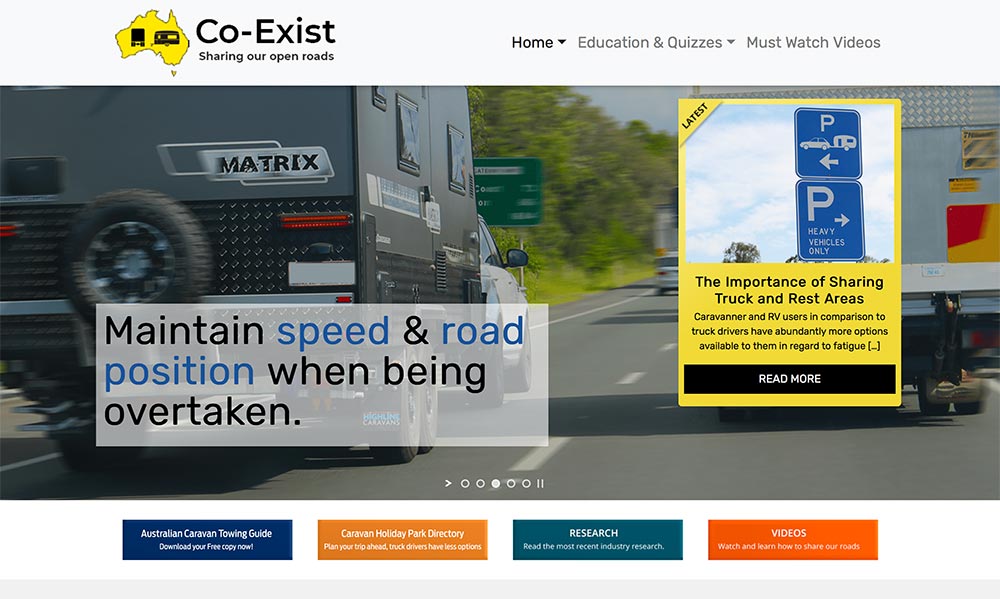 The CIAA was also successful in receiving multiple rounds of funding from the NHVR to promote a more harmonious relationship between caravanners and truckies. In September 2019, the CIAA received an unknown sum of money to launch the online educational resource, Co-Exist. The funding was announced by the top tier of the Australian Federal Government, with Deputy Prime Minister and Nationals Leader, Michael McCormack, proclaiming the Co-Exist platform would help keep road users safe.

“It highlights the importance of ensuring our truck drivers can manage their fatigue and legal responsibilities, with a particular focus on truck rest stops and improved communication,” Mr McCormack said.

“Our campaign promotes simple information that can reduce frustration, such as the use of UHFs for improved communication between drivers, maintaining speed and road position when being overtaken,” Mr Lamont said.

The Co-Exist site houses short articles, quizzes and videos aimed at informing caravanners on how to share the road safely with trucks. The majority of that content, however, was the pre-existing content created by Rod and Whiteline Television. RV Daily has reached out to the CIAA to ask how much funding was secured and how it was spent, given there was little (if any) new content created for Co-Exist after the funding was announced. We received a response via email, but those particular questions were not answered. Ken Wilson is another passionate individual who has taken it upon himself to help make our roads safer, with a particular focus on caravans. When he’s not working the night shift for his full-time job in the disability sector, Ken runs the aforementioned Truck Friendly Program. Truck Friendly is an educational website and Facebook page where key safety issues are discussed, including caravan weights and how to effectively use a UHF radio for safety purposes. A key part of this national program is the free distribution of the ‘Truck Friendly’ stickers for caravanners and RV drivers to let truckies know they’re educated and aware. Ken also encourages truck drivers to display the stickers to help other drivers think about being more ‘Truck Friendly’. Ken was able to secure small amounts of money from the Queensland Government, the Bundaberg Regional Council and the private sector to print the stickers.

But what he really wants to do is take his message of truck and caravan safety to the road. Ken doesn’t think the introduction of a towing licence is a good idea. He prefers education over red tape and hopes to expand Truck Friendly to target caravanners in their ‘natural environment’ rather than merely publishing online content they may or may not be able to find or be willing to engage with.

“If you think that just publishing information on a website is enough to solve the problem, that shows you don’t understand how the caravan community works,” Ken said, expressing concern over whether the content published on Co-Exist would find a wide enough audience to make a difference.

Ken’s vision for Truck Friendly, on the other hand, is that it’ll be a grassroots education program that travels to caravan parks, free camps and caravan rallies to hold social free workshops during happy hour, with the view that accurate information will then be disseminated across the caravan community by those in attendance.

Country singer Lee Kernaghan has joined a Bundaberg caravaner to spread the word about safety on the road.The cause hits close to home for the star, who was in a caravan crash on his first ever tour. www.7NEWS.com.au #7NEWS

But Ken has been unsuccessful thus far in securing funding to realise this vision. He applied for a grant through the Road Safety Awareness and Enablers Fund (RSAEF), which just announced funding for seven new road safety projects to the value of $3.3 million over four years. Ken’s application wasn’t successful. Since 2016 he has approached the CIAA and NHVR for funding with a description of the Truck Friendly program and although he was told they support the program, no funding has been forthcoming.

Ken is frustrated at his inability to secure funding for what he believes is the one thing that will help make our roads safer: community outreach and targeted education. The Caravan and Motorhome Club of Australia (CMCA) secured one of the largest slices of the RSAEF’s $3.3 million. CEO Richard Barwick confirmed the CMCA was granted $1.1 million to implement an RV safety awareness program, targeting nine core areas including, relevant to truck safety: vehicle weights and weight distribution; speed; safe overtaking; and UHF radio communication. Mr Barwick confirmed the CMCA will launch a new web platform with educational content across the nine core areas, created in conjunction with experts including from the trucking industry. He indicated there would be a corresponding advertising campaign to promote the platform, which is slated to launch within a month. Mr Barwick indicated the CMCA would also use the funding to increase its presence at consumer shows and events, including field days where a broader audience could be reached – not merely caravanners.

Mr Barwick acknowledged the excellent work being done by individuals, namely Rod Hannifey, Ken Wilson and their respective programs. He indicated the CMCA would be open to working with these players, assuming their goals and messaging aligned.

Rod and Ken both separately indicated they, too, would like to see a united approach across the caravan and trucking industries as well as lobbyists, that looks for meaningful, effective ways to educate caravanners on how to drive safely around trucks. In RV Daily’s article recently, we asked the question: is there a war between caravanners and truckies? Rod was adamant, there is not.

“If it’s a war, there’ll be a winner and a loser, and we don’t want that,” Rod said. “We want both parties to fight together to get better outcomes. More and better rest areas for everyone.”

Ken Wilson agrees with Rod on this issue and believes the vast majority of truck and RV drivers and caravanners want to do the right thing. “It is the disruptive minority that we hear about,” Ken said. “Truck Friendly’s mission statement states that we need to remove the ‘us and them’ mentality that currently exists on our highways.”

With less ‘us and them’ attitude and more education on how to drive more safely, Australian roads can be a safer place for caravanners, truckies and everyone in between.