Many love to bring along a camping trailer on their outdoor adventures. Between home comforts and off-road capabilities, it’s easy to see why. However, as dreamy as that sounds, towing a camper isn’t always an easy feat. It’s something I’ve struggled with before!

Airstream has come to the rescue, releasing a new concept camper that’s designed to eliminate multiple hiccups that regularly occur, such as backing into a parking spot and managing weight distribution. Introducing the eStream!

Airstream was inspired to create a self-propelled camper after the emergence of Tesla’s electric tow vehicles. Impressively, the concept camper features a sophisticated sensor, measuring the forces between the tow vehicle and the trailer so that it knows how fast to go.

Each trip has its limitations, but with powered wheels you can shoot for the moon; there’s just so much more you can do. If you’re in a low traction environment, the powered wheels will be your saving grace, giving you more traction on a muddy road. Think of it as an additional set of drive wheels that are there to help you. Naturally, this trailer will be admired by others, but you won’t need to worry about theft. These innovative wheels can be locked, so you’ll have no danger of your prize possession being stolen. Talk about reassuring!

It basically parks itself

The 22-foot eStream camper concept features a built-in 80-kilowatt-hour battery pack and dual 40-horsepower (30 kW) electric motor that enables the trailer to pull its own weight. What does that mean? This camper has the ability to move under its own power. It can be driven right up to the tow vehicle’s hitch using an app on a tablet. How cool is remote controlling your trailer for easy positioning?

For newbies, you can rest assured that there’s no need to be scared when backing a trailer. The eStream can back itself into its spot, using the tablet app. With one finger you can park your trailer, eliminating one of the most intimidating parts of operating a camper trailer.

As we all know, weight distribution is imperative for keeping a trailer steady on a highway. With the eStream, you don’t have to worry about learning how to set up a weight-distributing hitch. The eStream uses its drive system to apply its own electronic stability control. There’s no chance of gusts of crosswinds destabilising the camper, giving you a lot more control and confidence on the road.

The wheels also work with you. They have an electronic stability control system that can put torque to the wheels so if you come across any wind, the trailer is actively brought back into a smooth and very stable tow.

With the eStream, you can actually stay off-grid for weeks, with all the familiar comforts of home. No brick house, no worries! With 80 kWh of juice, it can run its climate control system for an entire week so you can pursue your passions without worrying about resource management. This is a huge step up from Winnebago’s e-RV, which unfortunately won’t get you further than 200 kilometres.

Thanks to a 0.9-kilowatt rooftop solar cell array, the camper can replenish its battery when running at lower loads. Simply switch the air conditioning off and your eStream can run its other systems all day!

How is it charged?

The eStream can be charged through an SAE J1772 plug or through high-voltage DC fast chargers, through its Combined Charge System connector. A L2 charger will top the battery overnight, and a DC fast charger can charge in 30 to 45 minutes.

Additionally, it has a power outlet that allows you to plug in appliances or charge e-bikes from the trailer itself. Even more incredible, the trailer can be used to power a home in case of an outage. 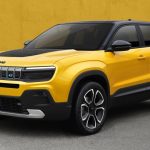 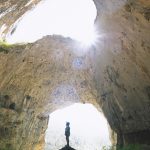