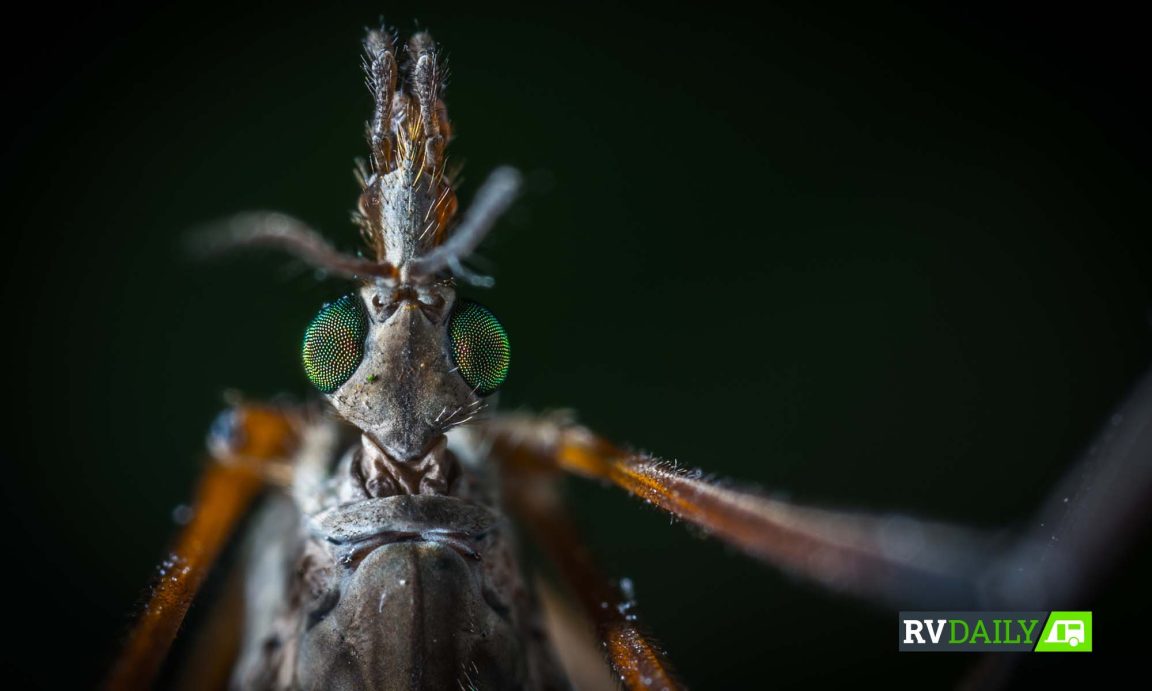 Australia’s bugs can be enough of a nuisance to ruin your caravanning adventures. Here are some combat tactics for you to try

My wife and I love travelling around this beautiful country, especially the pristine coastline and waterways. There’s only one problem. Kylie is especially susceptible to insect bites, particularly mosquitoes and midges. So much so, it’s almost completely put her off camping anywhere near water and sand.

Fortunately, Kylie is not alone in her struggle. Aussie travellers have come up with many ways of preventing and treating insect bites. How do people stop being bitten by insects? Pose that question on any caravanning or camping Facebook group and the range of solutions will fill a book. The remedies to prevent the itching are also as numerous. We have tried dozens and, unfortunately, 99 per cent of these solutions do not work for us. But some have, and often with surprisingly good results.

Here are our top solutions to prevent being bitten by insects, and which treatments actually bring real relief when bites do occur.

No RV can be completely bug proof. The little blighters find a way in regardless of how well-sealed you may think your rig is. Just using the door gives plenty of opportunity for a small number of bugs to reach your inner sanctum.

If you have access to 240V mains or inverter power, we’ve found the Mortein Peaceful Nights repeller to be extremely effective in killing any bugs that get into our caravan. If you don’t have access to 240V power, use one of those battery-powered automatic sprayers that periodically release a burst of insecticide into the room. We have been using the Atlas EnviroShield but there are plenty of other similar products that do the same thing.

Controlling bugs outside the van is a little trickier, but just two simple products will make your life outdoors so much more enjoyable. One is to set up an electronic bug zapper. They use a fluorescent blue-ish light to attract bugs to an electrified mesh where they are quickly dispatched. There are numerous sizes available, but we have found that the smaller ones are probably the best. They are rated to protect a certain area. The smallest ones are about five watts and will cover an area of up to 10 square metres. This is enough to ensure the bug zapper is attracting insects from your immediate area alone, and not from the whole campground.

The other product we highly recommend is the Wanderer Gazebo Inner Mesh Kit. It fits into just about any 3x3m pop-up gazebo. This wonderful product gives you your own private bubble surrounded by the finest insect screen mesh. It has a sewn-in vinyl floor that is sturdy enough for most camping environments and it takes just minutes to erect. We use ours without the gazebo roof to give us a full 360-degree view from within our sphere of protection. As an added bonus, it also serves as a great space for the dogs to sit with us. It’s lightweight, packs down to about the size of a large sleeping bag and at just $160 it won’t break the bank.

Keeping insects off your skin is your last line of defence. This is where the greatest number of concoctions and potions are suggested to keep the bugs away. You can obviously resort to a personal insect repellent such as Aeroguard or one that has a high concentration of DEET, however, many people don’t like using these harsh chemicals on their skin. By far and away the best product we have found is Nature’s Botanical.

It’s available in either a cream or a roll-on lotion. It contains a number of natural oils that do an amazing job of keeping the flies and mozzies away. Seriously, if nothing else has worked for you, try Nature’s Botanical.

Another solution that appears to work very effectively is tea tree oil. You can buy a range of products such as soap and shampoo that contain tea tree oil or you can also mix a couple of drops of pure tea tree oil into your favourite moisturiser or body lotion. For some reason, most biting insects seem to hate tea tree oil. Use it in combination with Nature’s Botanical and you will have the best protection from biting insects without resorting to harsh chemicals.

Now, nothing can ever be 100 per cent successful in preventing insect bites but there are very effective treatments that can prevent them from swelling up and becoming a long-term itching nightmare.

The moment you notice you’ve been bitten to apply heat directly to the site of the bite. A spoon heated up under hot water and applied to the bite will kill the proteins in the bite that cause the allergic reaction. There’s also a product called Bite Away (left) that is a battery-powered device which has a small heated pad that does the same thing. Tea tree oil applied to the bite will also provide some relief. If you find the itching continues, Itch-Eze cream, available from pharmacies, is by far the most effective treatment we have found. It provides almost instant relief from the intense itching.

One final point. It is very important to understand that some people may suffer severe reactions from bites as well as the possibility of contracting a serious disease such as Ross River Fever. If the itching and swelling persist or more severe symptoms develop, go and see a doctor immediately.

You may have seen LED and fluorescent lights that are yellow or orange in colour and these are said to repel insects. There are many theories as to why these orange lights work but the consensus is that most insects see better in the cooler shades of the light spectrum, that is UV, blues and greens, while they cannot see too well in the warmer orange and red shades.

For some time I’ve been considering how I could incorporate orange lights into our caravan, inside and out. I wanted the lights to look as though they had been installed by the manufacturer. They also had to be inexpensive. Most of the insect-specific lights I’ve seen had ridiculous price tags and didn’t lend themselves to a permanent installation.

Then one day I had an epiphany. While browsing through a Super Cheap Auto store, I noticed the range of automotive LED amber clearance lights. Available in pretty much any automotive accessories store, these lights come in a variety of shapes and sizes, so it should be fairly easy to find one that suits your requirements. They are weatherproof so they can be used outdoors and, best of all, they are relatively inexpensive.

We installed a single amber strip light in the kitchen area. It was a simple matter of exposing the existing 12V wiring to the factory fitted white LED light, and running a separate line to a switch then into the amber light. Every component simply screwed into the overhead cabinetry. This one light provides sufficient light to work under when cooking and also enough ambient light to fill the inside of the van.

The difference was immediately noticeable. The standard white light would have a dozen or so bugs flying around it within an hour or so of being switched on, whereas the amber light has none even after five hours.

We have also made up another of the lights as a portable LED strip that can be placed almost anywhere. Using small Velcro straps, it can be attached to the upper arm of the awning right above our Weber Barbecue. Now I can cook outside in comfort with minimal insects annoying me. We can leave this light on for extended periods, enabling us to find our van in the dark and not return to an insect-filled campsite.

Used in conjunction with the electronic bug zapper, it’s possible to create an almost bug-free outdoor environment around your RV. The bugs avoid the area lit by the amber light and they instead fly towards the bug zapper where they are neatly dispatched.

If you’re having trouble with bugs inside your van and around your campsite, installing a couple of amber lights is a cheap solution that seems to work extremely well. 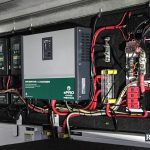 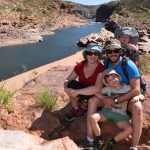