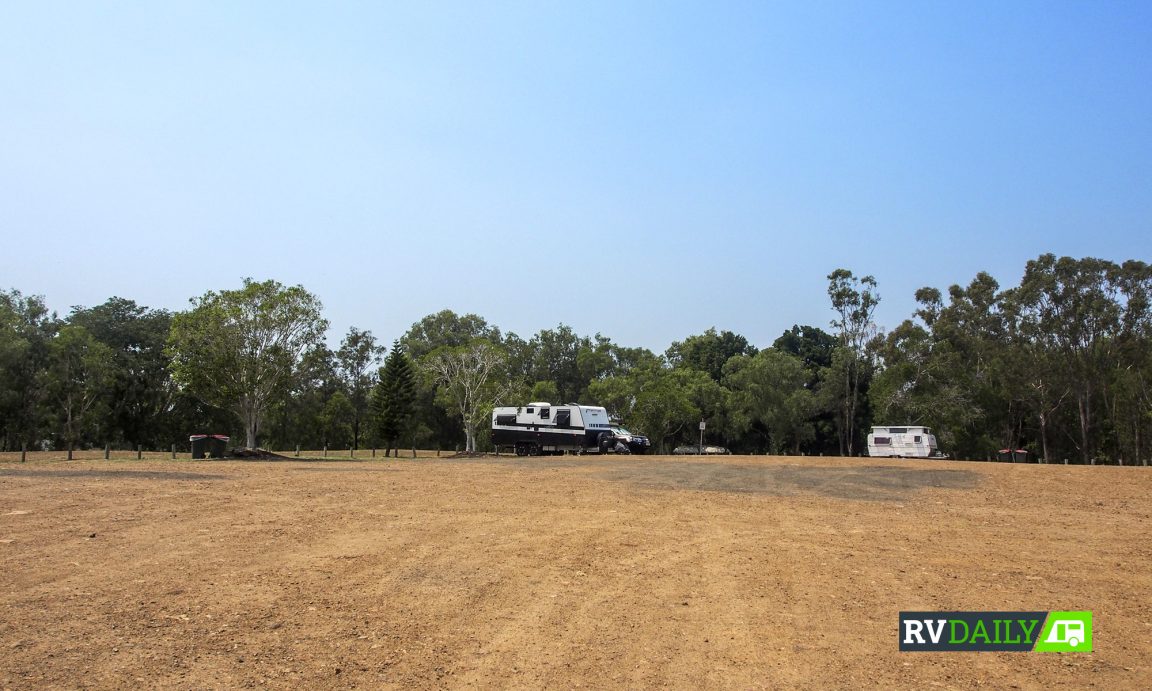 What seemed to be just one council free-camp being closed off following pressure from a state caravan body, may have ramifications for the rest of the country.

Kershaw Gardens, a community park in the centre of the idyllic town of Rockhampton, on the Queensland Central Coast, has become the latest flashpoint for the free-camping debate. Importantly, it’s the setting of a concerning precedent for all travellers that’s of most concern.

Since late 2014, the Rockhampton Council has allowed RVs and caravanners to stay at the northern end of the park for up to 48 hours without charge. The only requirements stated were the time limit, and that those staying must be self-contained. This makes the park a rather popular stop-off point, as it is close to shops, and around eight hours’ drive north of Brisbane; the perfect spot to pull up stumps for the night, for those travelling further up the coast.

This all changed on November 15 this year, as the Caravan Parks Association of Queensland (Caravanning Queensland) took legal action against the Rockhampton Regional Council in the Planning and Environment Court of Queensland to suspend the use of the park as an RV rest/overnight area.

Judge Michael Williamson handed down his decision that free camping was no longer permitted based on the stated use by council, and further development offences.

We’ll not go too far into the legalities, but the key element is that the council submitted that the use of the park as an overnighter was an ‘ancillary use’ of the Kershaw Gardens Park as a whole. You can read the court document above left.

Judge Williamson declared, per the definition of ancillary, that the RV area would need to be ‘subservient, subordinate’ to the dominant use of the park, being as a day-use family park. This is further compounded by the fact that to be ancillary, there must be ‘a dominant and subservient relationship, and that the use is to not merely coexist, but serve the purposes of the primary use,’ which, according to the court decision, it does not. (Simplistically, this means the rest area could not be the main reason for the visit.)

An order was therefore made that the Rockhampton Regional Council needed to remove any signage about camping by February 15, 2019, and that overnight use is to cease by that date. Of note, there were no orders made by Judge Williamson that signs needed to be erected declaring it an offence to camp at the site; making matters just that much more confusing for those travelling through post-closure, and who had used that space previously.

Rockhampton Regional Council does have the ability to appeal the decision, however, at the time of writing this article, there had not been any plans made by the council to do so.

Further to the closure of a well-placed, low-impact, rest/overnight area in Rockhampton, the court’s decision in Queensland will have far-reaching consequences for the rest of Australia as well.

Focusing on the Rockhampton case, Rockhampton Mayor Margaret Strelow has already stressed her concern that the Caravan Parks Association of Queensland will now make moves against other free-camps in the region; Bouldercombe, Yamba and Westwood free-camping areas specifically. Mayor Strelow has further told RV Daily that council is disappointed to see local caravan parks resort to these measures, particularly after the Rockhampton Regional Council had introduced many concessions for the caravan parks, specifically rates concessions, to support these businesses.

“The judgement is a disappointing result for the many mums and dads who travel Australia, spending money in so many other ways in our community. We tried our best to support the many motorhome and campervan enthusiasts who pass through our area. It worries me that the Caravan Parks Association may make moves against Bouldercombe and Yamba and Westwood now,” Mayor Strelow said.

The concern for the rest of the state, and indeed the rest of the country, is that the majority of free-camping areas are set upon council land. Should they not have specific zoning and development approvals to have a free camp upon the land, they too may well be shut down.

Worthy of note, this journalist contacted two caravan parks in the Rockhampton area on a Sunday afternoon between 12-noon and 4pm in an attempt to book a site for the evening. Only one park ended up answering their phone after numerous calls and we were met with a rather concerning response.

Yes, they had just one spot available, and I needed to be there before 6pm, to sign in, pay, and park up my RV. Under no circumstances was I able to turn up any later than 6pm, as the office would not be manned, nor did they want me disturbing any other park users. So should you be a late traveller, as I am to miss traffic and the heat of the day, not only will you not be able to use the free-camp area to rest, but you potentially won’t be able to check in to at least one of the places you are legally allowed to camp either.

Besides the possible closures of many free camps across Australia, there are other ramifications of this decision.

They range from travellers being forced to stay at subsequently overcrowded caravan parks (or finding no room), to travellers bypassing affected towns completely to stop at the next available location and taking their money with them.

Travellers have their own reasons for wanting to use a caravan park, or not. The issue should never be about force. Budgets are vital to a successful trip – especially when on the road long-term – and the essentials of food, fuel, vehicle maintenance and entertainment will still need to be met. Better this money be spent in welcoming towns rather than under duress, and restrictive practices, where travellers feel they are paying for many park facilities they have no need for. Smaller towns and shires that are struggling financially, who have been able to use free camps to entice tourist dollars from the RV crowd, will suffer.

Over the ‘little ditch’ to Tasmania, similar issues have arisen with the caravan park association leaning on, specifically, the state’s Economic Regulator. The Economic Regulator has thus decided in recent months, that councils must cease providing free facilities for caravanners and motorhome owners, as it is unfair competition. In effect, they could not offer free services in competition with caravan parks.

Tourism numbers have been affected for this season in Tasmania (see breakout, p.34), confirmed among tourist business owners RV Daily contacted for comment. One such owner of a bakery on the east coast of Tasmania, who wished to remain anonymous, stated that since the free camping had been stopped, there had been a significant downturn in business, and indeed fewer caravans and RVs in the local area. “The closing of the local free camp has brought nothing but trouble. For the sake of forcing people to stay at the caravan park, folks just aren’t coming into town anymore, or only passing through, impacting many other businesses in town,” the source said.

Plenty of marketing material used by RV manufacturers, and indeed us, the media, includes a well set-up camper or caravan in an idyllic location (a free camp?) not in a packed caravan park. It’s possible that the dream they are selling is becoming less and less obtainable due to the action of caravanning industry bodies.

The number of caravanners and RV owners on the roads has increased from around 470,000 in 2014 to approximately 679,000 in 2018, yet caravan parks (i.e. industry members) have not increased site numbers in line with that. The closure of free camps will no doubt exacerbate this accommodation problem.

Tasmania Tourism’s own surveys show an interesting trend. Since the tightening of free-camping areas in Tasmania mid-last year, the number of visitors by sea has remained level for 2018, where just 12 months prior, it was up 7% on the previous year. This shows a plateau of the number of visitors by sea (via the Spirit of Tasmania, in an RV or towing a caravan), against the previous year, since the increased scrutiny and shutting down of free camps. This is further compounded by the fact that there are some 63,000 more RVs and caravans on the country’s roads between the two years, which is a 10% increase over the previous years, so one would assume you would see similar numbers venturing to Tasmania, however, this is not the case. 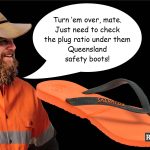 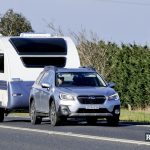