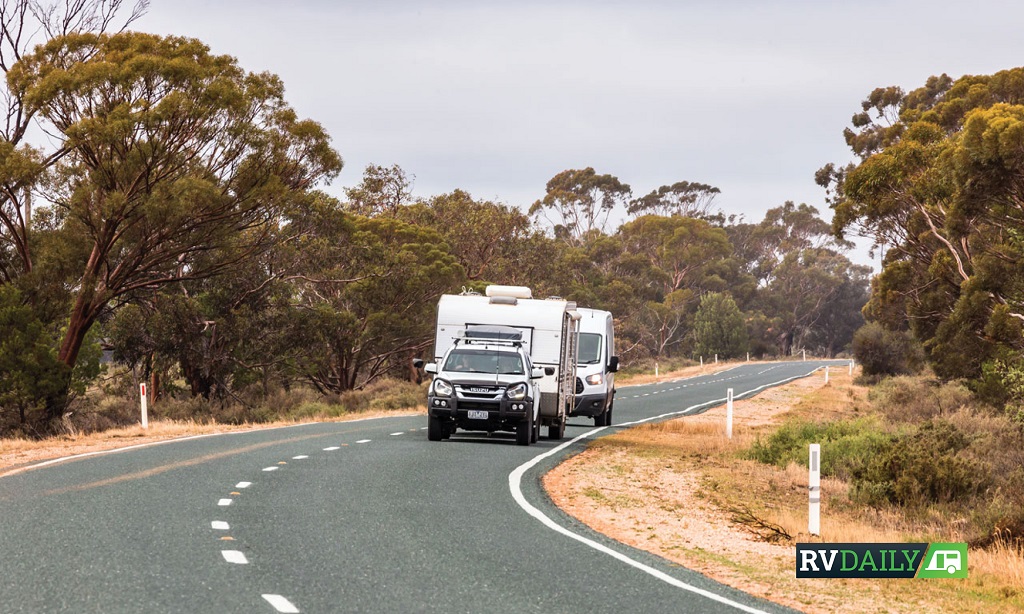 Are you guilty as charged? See our 8 top tips to go from being the most detested vehicle on the road to the most loved

It seems that to some road users, the mere sight of a caravan in front of them gets their blood boiling. The profile reminds them of a snail, crawling slowly along the highway without a care in the world. Not all caravanners are the same though, most are courteous, unselfish and do nothing wrong at all when travelling. Unfortunately, there are several rogues out there that make it hard for everyone else. Here’s how no to be a jerk. 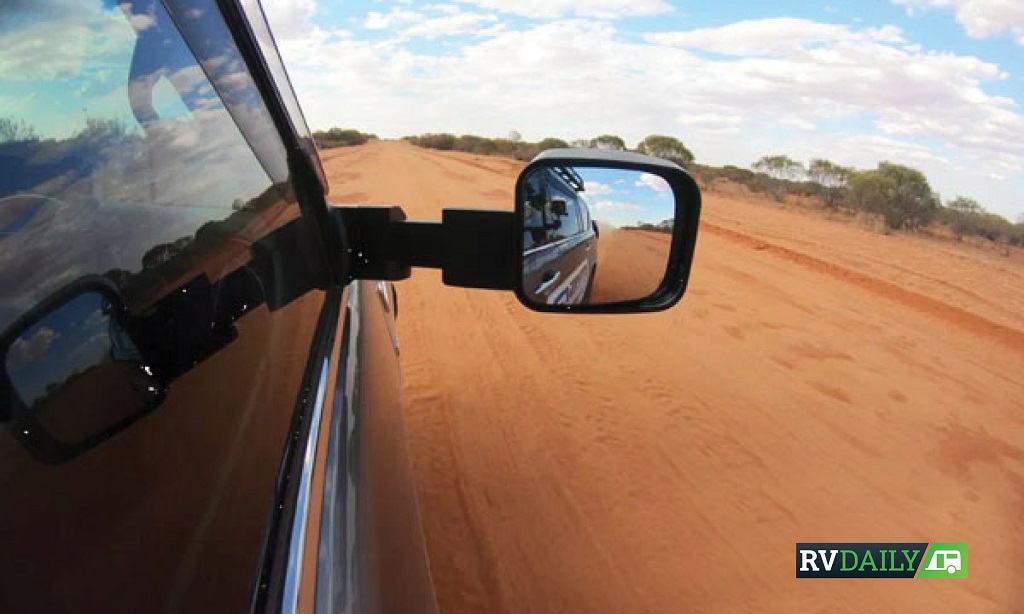 It’s frightening to see the number of caravanners who fail to have a proper set of towing mirrors attached to their vehicles. Not only is this dangerous, but it’s also illegal. According to Regulation 297 of the Australian Road Rules, “a driver must not drive a motor vehicle unless the driver has a clear view of the road, and traffic, ahead, behind and to each side of the driver.”

There are numerous types of towing mirrors available, some permanently mounted the rest are temporary mounts. It’s a good idea to buy the right ones to not only provide the correct rear vision but will also survive the road surfaces that you travel. 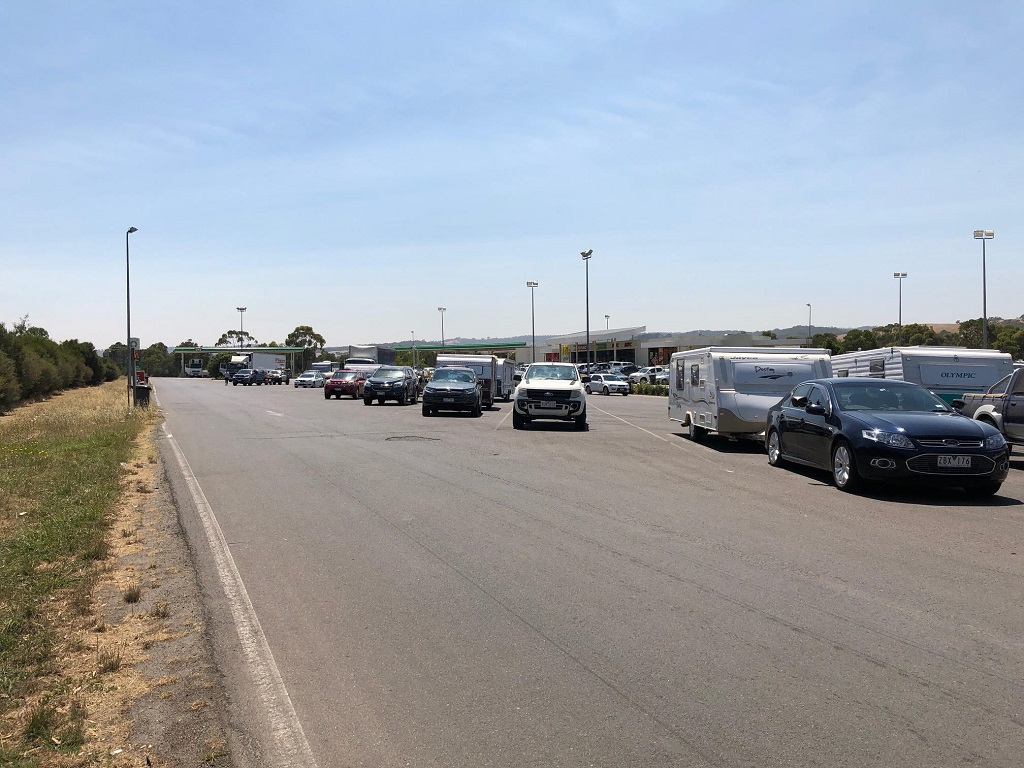 Truck Parking Bays are few and far between compared to wayside and rest stops for cars and caravans. Why then do caravanners think that it’s okay to pull into a truck stop and park so the heavy haulers can’t get in. By law, truck drivers must rest every 12 to 14 hours so being able to pull into a dedicated truck stop without fear of it being occupied by a caravan or motorhome is appreciated. Most truck stops aren’t designed to handle both trucks AND caravans and so are not classified as free camps. Just because it appears on Wikicamps, does not make it legal campsite.

The best way to ensure you don’t get caught out is to plan your day’s drive. Have a look at a Camps Australia or an app such as Wikicamps or CamperMate and locate rest areas that either don’t allow trucks or are designated as being suitable for trucks, cars and RVs. That’ll save you having an angry truck driver or the police knocking on your door at 3am. And, you can’t then take to social media to complain about the refrigerated truck running next to you all night either! See RV Daily 048 to read more about trucks and caravans

3. SPEEDING UP IN OVERTAKING LANES Speed Up at The Overtaking Lane Credit Andrew London

It’s extremely frustrating and a leading cause of road rage when a caravanner sits on 80-90km/h on the highway but then puts the foot down at overtaking lanes so other road users must either continue to be stuck behind you or exceed the speed limit to get past. Now, it isn’t just caravanners that do this, but they seem to attract the most attention. The courteous thing to do is to drop your speed a little more to enable as many vehicles past you as possible. This type of action won’t slow you down at the end of the day, you’ll still reach your destination in time and you will make life easier for other road users.Another contentious situation is when a caravanner allows traffic to build up behind it. If you do this, why not find a safe place to pull over and let everyone past? Let those in a rush get past and you can continue without a care in the world being stressed by a conga line of vehicles behind you.

As I checked into the caravan park at the Barrow Creek Hotel recently, I overheard a woman proudly tell the bloke serving her, “We left Edith Falls this morning and sat on the speed limit of 130km/h to get here before dark”. Now while towing at this speed is permitted in the NT, the risks in doing so are unfathomable.

The risk of something bad happening when you’re towing at high speed is increased, as is your stopping distance. What happens if an animal appears in front of you when your speedo is sitting above 100km/h? Have you ever hit the skids and seen how your vehicle and caravan behaves? What about the change in wind velocity when you’re overtaking a truck at speed? It is important to remember that just because a speed limit exists, doesn’t make it a speed requirement. The onus is on you to exercise caution when towing.

In Australia, you’re allowed to tow at the posted speed limits except in Western Australia where the maximum towing speed is 100km/h and New South Wales if the GVM of the vehicle and caravan exceeds 4500kg. When towing, it’s courteous to allow oncoming traffic to pass before pulling onto the road, giving way for longer even if it means having to stop. This is especially important if you’re travelling in a convoy. There is frustration when a caravan or convoy of caravans turn onto a road when you’re closing in at 110km/h. Not only do you have to brake hard, but then you must wait until it’s safe to overtake. Merging with traffic is also something that all road users need more education in, and there are only two simple rules to follow:

When changing lanes from one marked lane to another, you must give way to all vehicles already in that lane; this includes entering freeways.

When two lanes merge into one, with no line-markings, you must give way to any vehicles in front of you. It’s so disappointing to arrive at a free camp beside a beautiful waterhole and you can’t get near it because caravans are parked lengthways along the shoreline. Sure, it’s nice to wake in the morning and step out of your cacoon to magical water views, but it’s unfair on everyone else who’d like to enjoy those same views. It would be nicer if caravans were reverse angle parked so that more people could enjoy the space. 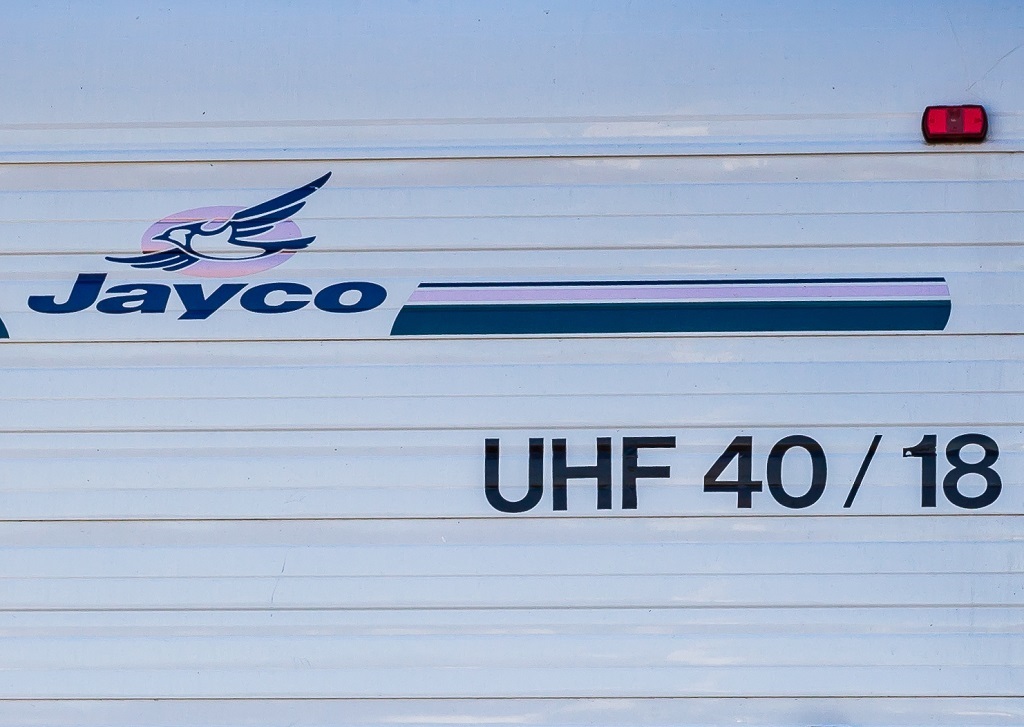 Ready to head off, so you nick down to Autobarn and pick up some stickers for the back of your caravan “Bill & Beryl UHF 18 & 40”. So happy with yourself you then forget to turn the UHF on as you head off down the road. Only it doesn’t just happen this once; it happens regularly. Ever wonder why when that bloke passed you waving his fist? He was trying to call you to ask if it was safe to pass. If it wasn’t to pass, it could have been that he wanted to tell you your caravan door fell off back there. If you advertise your UHF handles on the back of your caravans, please switch them on and respond when someone calls.

The second concern that seems to raise its head occasionally is caravan convoy chatter over the UHF, particularly if using channels 18 or 40. It’s great that you are sharing your adventure with friends, but other travellers don’t want to hear about your shopping, hip replacement or Pat’s sleeping habits. If you are going to travel in a convoy and want to chat with your fellow travelling companions, find another channel that no one else is using and chat to your heart’s content. Now I know sometimes truck drivers can be heard having a conversation on channel 40, often with a few purple words added for flavour, but even they are frowned upon in their own community. Keep the channels open so that real issues can be talked about like the road ahead, price of fuel, campsites, etc. It seems to me that most caravanners are prejudicial against any other road user who isn’t towing a caravan. What makes me say that? It’s the missing wave, the lifted finger or three. When I tow a caravan, I receive a wave almost always, but if I’m towing a camper-trailer or just driving the 4WD, the reciprocation in waves from caravanners drops dramatically.

It’s such a simple gesture that becomes automatic once you start, and I learnt it from my father. As he explained when I was a youngster, “it’s the Australian way to wave at a passer-by when you’re on the road”. Waving at a fellow driver is courteous too and helps to improve their mood. So next time you pass oncoming traffic on that Outback highway, lift that right hand off the wheel and give the other driver a wave, you might just make their day.

Images RV Daily or as credited 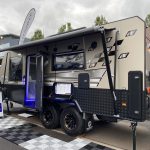 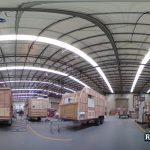