The ultimate guide to UHF radio: Scanning, repeaters and our top five tips And finally, on our ultimate guide to UHF radio, we look at scanning, the repeater, and leave you with our top five tips for UHF use. If you’ve missed our earlier ones, you’ll find part one here.

Is there a way to monitor a couple of channels, instead of just flipping between them?

Absolutely; most newer UHF units have a group scan function, which allows you select a number of channels to include in a group. You’re then able to scan just this group – say you want to listen to 10, 18, 29, and 40, you add these to a single group, and scan the group, instead of just scanning all 80 channels. Some radios will even scan ‘in the background’ while you’re still on your priority channel.  While the receiver is scanning the other channels, if a signal appears on the priority channel it will override any signals being received on the other channels. This is useful if you’re listening to someone else bantering about on, say, channel 29, and someone from inside your convoy (on channel 26) needs to talk to you. 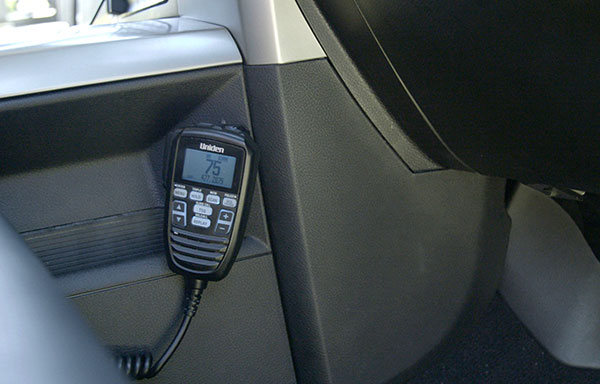 So what exactly is a ‘repeater’?

A repeater station is a linked transmitter/receiver (transceiver) combination permanently installed in a prominent, high location. The repeater will receive signals on a designated channel and retransmit them on another channel. The repeater retransmits signals to radios that would otherwise be out of range of each other. With the UHF set in duplex mode, the repeater forwards the signal it receives from repeater input stations 31-38/71-78 to the corresponding output stations 1-8/41-48. The beautiful thing about a modern UHF, is that you don’t need to swap channels, the UHF automatically sends and receives on different channels; you’ll just need to be on a channel between 1-8. Bear in mind, repeaters are reasonably common around towns, but once you’re a long way out, they are few and far between.

And finally in our guide, our top five tips for UHF use