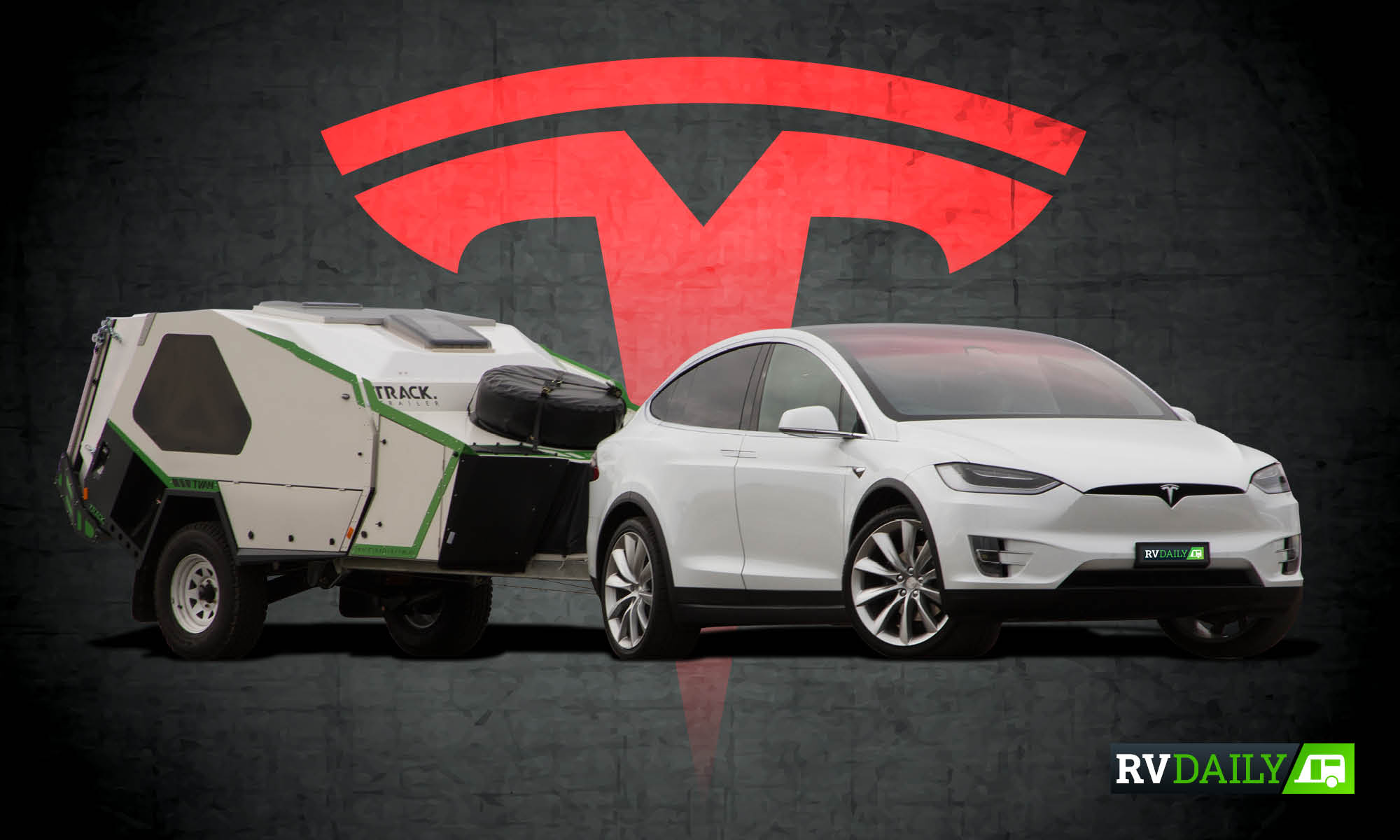 Yes, it’s got gull wings, but can it tow?
We tow-test the new Tesla SUV, the all-electric Model X

Whether you like it or not, the internal combustion engine is on the way out, thanks to tough emissions laws. The most likely alternative propulsion system is electric, and leading the way is Tesla. Since the company’s formation in 2003 it has certainly managed to become synonymous with electric cars by offering expensive, gadget-laden vehicles that are quite different to normal cars. In contrast, Nissan and others have tried selling electric cars as cheap, simple runabouts and failed, as small electric vehicles aren’t yet cost-effective for most people compared to petrols. But to be successful, Tesla needs to expand its horizons and thus the Model X, an SUV that can tow and is therefore worthy of our attention.

First, some specifications. The X is 5037mm long and 2072mm wide, making it wider and longer than an LC200 – not that you’d realise from the shape, which is designed for maximum aerodynamic efficiency, even down to the under-floor design. The X weighs around 2400kg, and our tester has six seats although some versions have seven. There are two motors, one at each end, both driving conventional differentials, and computers control the front/rear torque split. A giant battery pack is integrated into the floor of the vehicle and contributes to structural rigidity. Unlike many other electric or hybrid vehicles, this one isn’t a modification of conventional car – it’s been designed ground-up as an electric vehicle.

Range is claimed to be 565km, but that’s hugely dependent on many factors such as nature of driving, ambient temperature and more. Tesla declines to state torque figures, saying only that the rear motor is good for 375kW @ 5950rpm, and the front motor is 193kW @ 6100rpm, but the combined output cannot be summed to arrive at a total. However, as power is just torque at RPM we can easily discover that the respective torque figures are 600 and 300Nm, at least at that RPM. We could also work backwards from the 0-100km/h time of 3.1 seconds … but let’s forget the theory and get into the driving.

There are two ways to look at this test; as a normal car review, and as an insight into how well electric vehicles tow. Briefly, as a car review; this car is not made by a traditional car company so it’s quite different in many ways from your average car experience. There is a giant 17in touch screen which controls almost everything; the car is permanently connected to the Internet and you can do things with it via an app like pre-heat the cabin and flash the lights; it’s got gull-wing doors because it just has; the windscreen is the biggest I’ve ever seen and forms part of a sunroof too. Basically, prepare for something different to your usual fare and it’s mostly good but not always, for example, buttons and dials are easier to use than screens, and some tricks start to wear thin, like waiting for the gull-wing doors to open and close.

Now for the towing. The braked tow is 2270kg, but like many vehicles these days the towball mass is small at a maximum of 90kg. You will not find a caravan with a towball mass that low, so we asked Track Trailer for a Tvan which was configured to weigh around 1000kg with a towball mass of 90kg. Track also had to swap out the off-road hitch for a conventional, as the X doesn’t have the standard 50mm square hitch, just a ball. Tesla has a proprietary connector for the electrics leading to a 7-pin flat plug, and we did need an LED light flash adaptor. The Redarc Tow Pro Elite brake controller fitted to the X worked without any issues.

Once everything was set up it was time for the test, and the X impressed in several ways. First, it is a “whoa!” car. This is invariably what passengers say when you floor it and the torque flows on. It’s like a very powerful V8, but much smoother, quieter and with no gear changes. So for a real-world test, we headed out to a steep, winding hill paved with broken bitumen that I use to test sports cars.

The X probably got up that hill faster with the Tvan on the back than a Suzuki Swift Sport loaded with a lardarse mate. But that’s not even the whole story. The X is heavy for what it is at 2400kg or so – if it had an internal combustion engine it’d probably be around 2100-2200kg – but as we keep saying with caravans, weight distribution is also very important. The X has its weight very low, and very central, unlike a conventional car. There’s very little ahead or behind of either axle, for example. That weight distribution and an effective on-road all-wheel-drive system means the Tesla is well able to put its power to the ground. But to be picky, I’d say the handling still needs a bit of work if you’re going to continually explore the upper reaches of the performance potential – a bit of suspension work on the directional stability out of sharp corners during hard acceleration wouldn’t go amiss.

There’s more good news with the braking. Teslas’ run regenerative braking so when you lift off the throttle the electric motors turn into generators and charge the battery. This braking is so effective that driving with the Tvan became a one-pedal operation, just lift off to slow down. That’s a very efficient and relaxing way to drive, and means the usual trick of needing to select lower gears on descents isn’t needed. Just as well, as the Tesla has only one gear.

So, top marks to the electric challenger for towing dynamics, and now we need to address the number one question that has been on your mind since you read the headline, and that is range.

Electric vehicles like Teslas work very well for short-range trips of say 100, even 200km there and back, provided you have a decent charger at home. You can charge your Tesla off your standard 10 amp, 240V home socket but it takes too long – from 30% charge to 47% over 9.5 hours, as an example. You really need a supercharger which we timed at 30 to 100% in 1.1 hours, or a destination charger which we timed at 30 to 100% in 5 hours. And you’ll use lots of energy while towing.

With the Tvan behind the X we went from 100% charge to 30% in 190km, of which 140km was towing on mostly flat terrain, not at high speed, and we were lightly loaded. As it is, Tesla owners who drive long distances need to plan their trips from charger to charger, a bit like what we do when we travel in the remote outback and need to plan for fuel. Basically, range has so many variables it cannot be predicted, but it is clear that in real-world touring and towing conditions the X would struggle to make 250km. You wouldn’t want hills or a headwind, or to be rushed when charging.

In short, the range limitation means right now electric vehicles aren’t a viable proposition for Australian tow-touring unless you want to have your plans entirely dictated by the need to recharge your vehicle. However, electric vehicles could well work for local destination towing such as a boat ramp or horse event, short distances where the car can charge all day before being driven back. But that’s today. Right now, there are 13 superchargers and 300 destination charges around Australia, but the rate of development of electric vehicles and the associated infrastructure is such that it won’t be long until range is in the hundreds of kilometres, charge points are plentiful, and recharges are minutes not hours. That’s when electric-car caravanning in Australia will be a reality for us all.