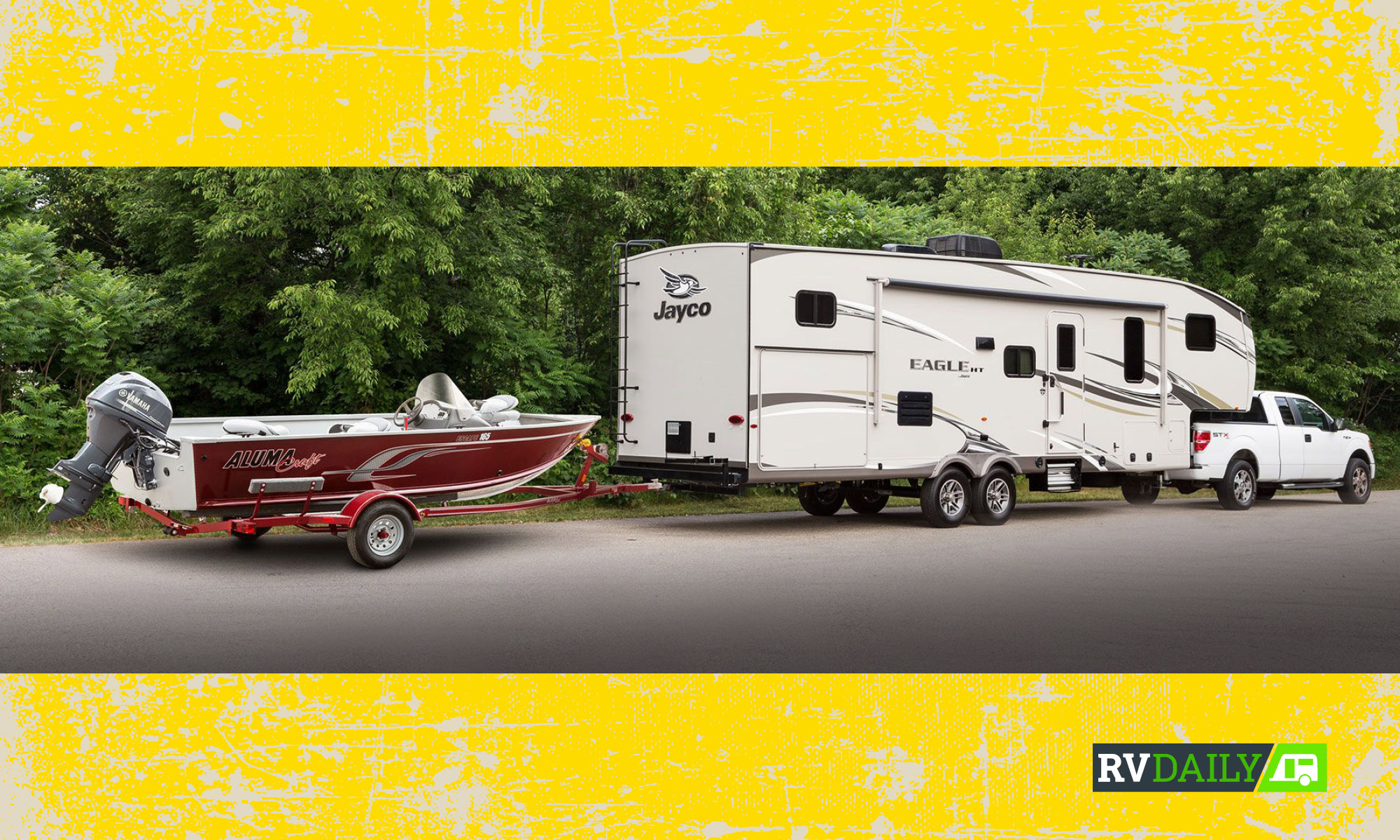 Don’t be fooled into thinking that towing more than one trailer at once is anything other than illegal and unsafe. That’s when the Road Train is more like Nope Train.

Back in 2013, retired Mildura truck driver Jim Underwood caused something of a sensation in the caravanning community when an article appeared in the Mildura Weekly showcasing Jim’s 80 Series LandCruiser towing his single-axle caravan and his small fishing boat both at the same time. Jim had somehow managed to achieve the impossible; towing two trailers simultaneously, all supposedly legal and safe.

What wasn’t publicised was that, almost immediately after the article appeared, Vic Roads contacted Jim and instructed him to dismantle his contraption as it was not legal. This is somewhat unfortunate as Jim’s rig has since been brought up on forums and Facebook groups as an example that towing more than one trailer at a time is possible. This misinformation has caused some confusion and, in at least one case, some very dangerous rigs on the road. 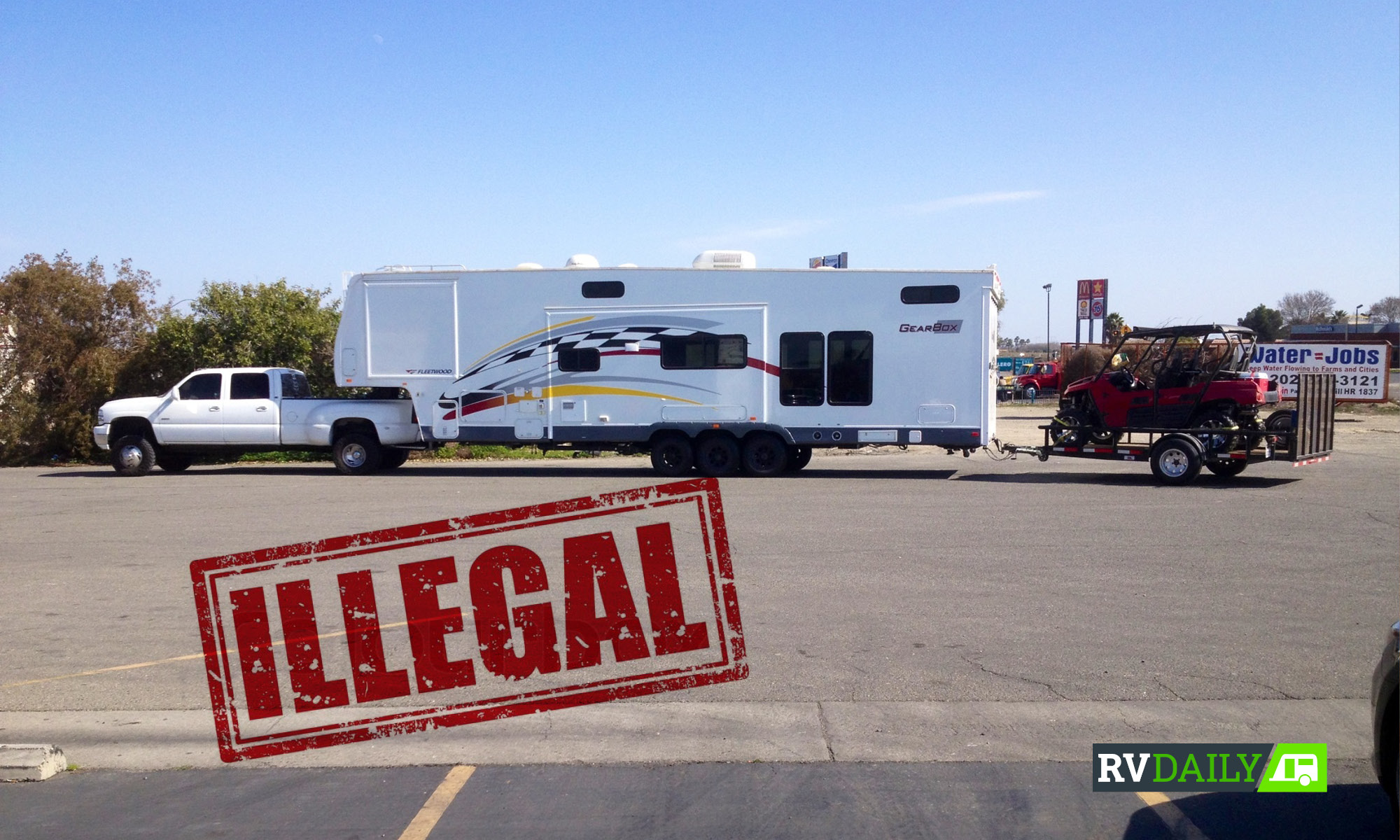 Nope. Not here. Not today, not tomorrow, not ever

Some advocates for the practice will cite that such a vehicle could be classed as a road train and that a driver with an appropriate licence to drive such vehicles could drive a passenger-based ‘road train’ as long as the vehicle has been engineered to do so. Again, this is a complete falsehood. You may (I stress MAY) be able to get an engineer to sign-off on the engineering of such a rig but that would not make it legal to drive on the road. 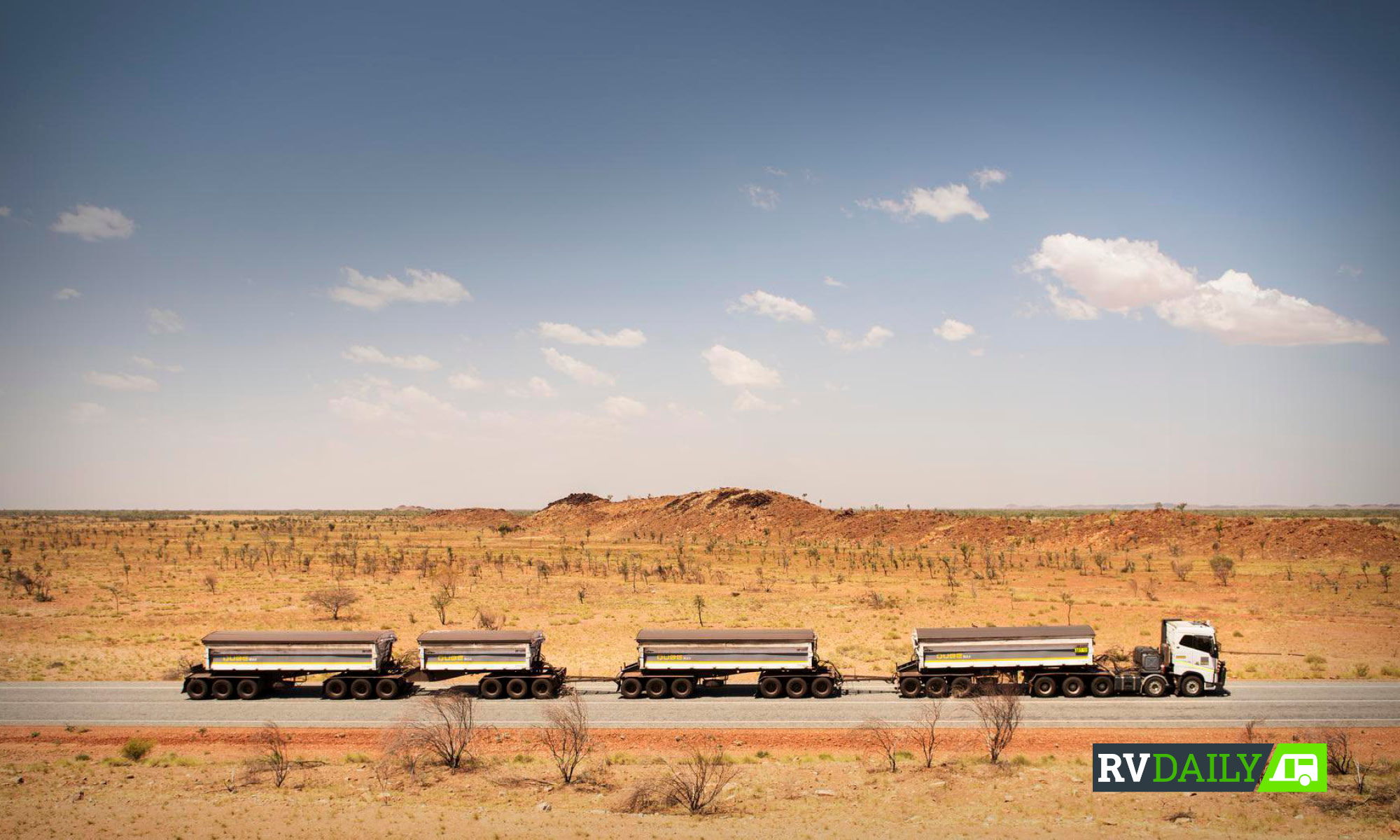 Road trains are trucks that have been specifically designed for the task. The tow vehicle is usually a tandem prime mover, not a passenger car or 4WD. Even a large American pickup truck would not be suitable. The combination that forms a road train is only legal in certain states and territories and they require a special permit to be used on the road. They must also comply with very strict regulations that specify, among other things, additional braking requirements.

All that said, it is true that there are some circumstances where the practice of towing more than one vehicle at a time is legally allowed, but don’t pin your hopes to any of them. These are only in very special circumstances such as emergency towing situations to clear a motorway. Some states allow graders and farm machinery to tow more than one trailer at a time but even these are under exceptional circumstances. They do not apply to passenger cars or 4WDs.

Now I’ll be the first person to put my hand up and say I wish it was possible to tow a boat behind my caravan. It would be so convenient, especially for trips along the coast. The reality is, it will never be legal because it is simply too dangerous. 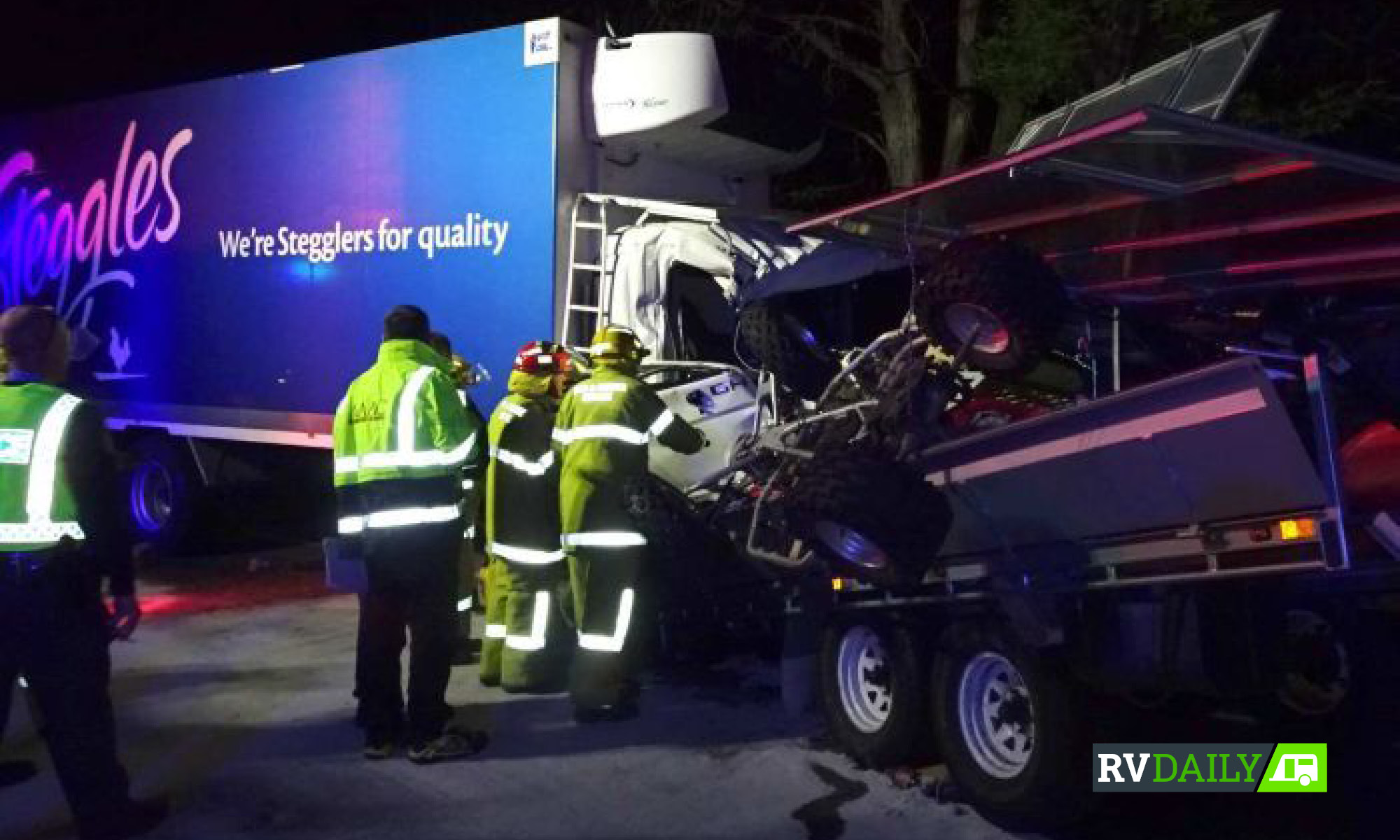 What can happen when home engineering goes wrong

Caravans are not engineered to tow another trailer behind them and modifying one to do so can have serious consequences. In September 2016, Dwayne Ten Vaanholt was driving east along the Brookton Highway in Kelmscott, Western Australia, in his ute which was towing his caravan as well as another trailer loaded with four quad bikes, two chainsaws, a motorcycle, several fuel containers and other assorted items. As he passed Stony Brook Bridge, the trailer became dislodged and careered into the path of an oncoming truck. The truck’s driver, Stephen Illing, suffered multiple injuries and passed away after being rushed to hospital.

In February 2018, Mr Ten Vaanholt pleaded guilty to a charge of dangerous driving occasioning death. He told the court he had modified the bumper of the caravan so it could tow the trailer.

If after all that you’re still not convinced, consider this. If making a ‘road train’ out of your caravan and boat trailer was legal, why is it you don’t see them on the roads or in caravan parks? There’s no Facebook group in Australia dedicated to home-made road trains as there are for other types of vehicles. The fact is, you don’t see or read anything about them because it isn’t legal…! 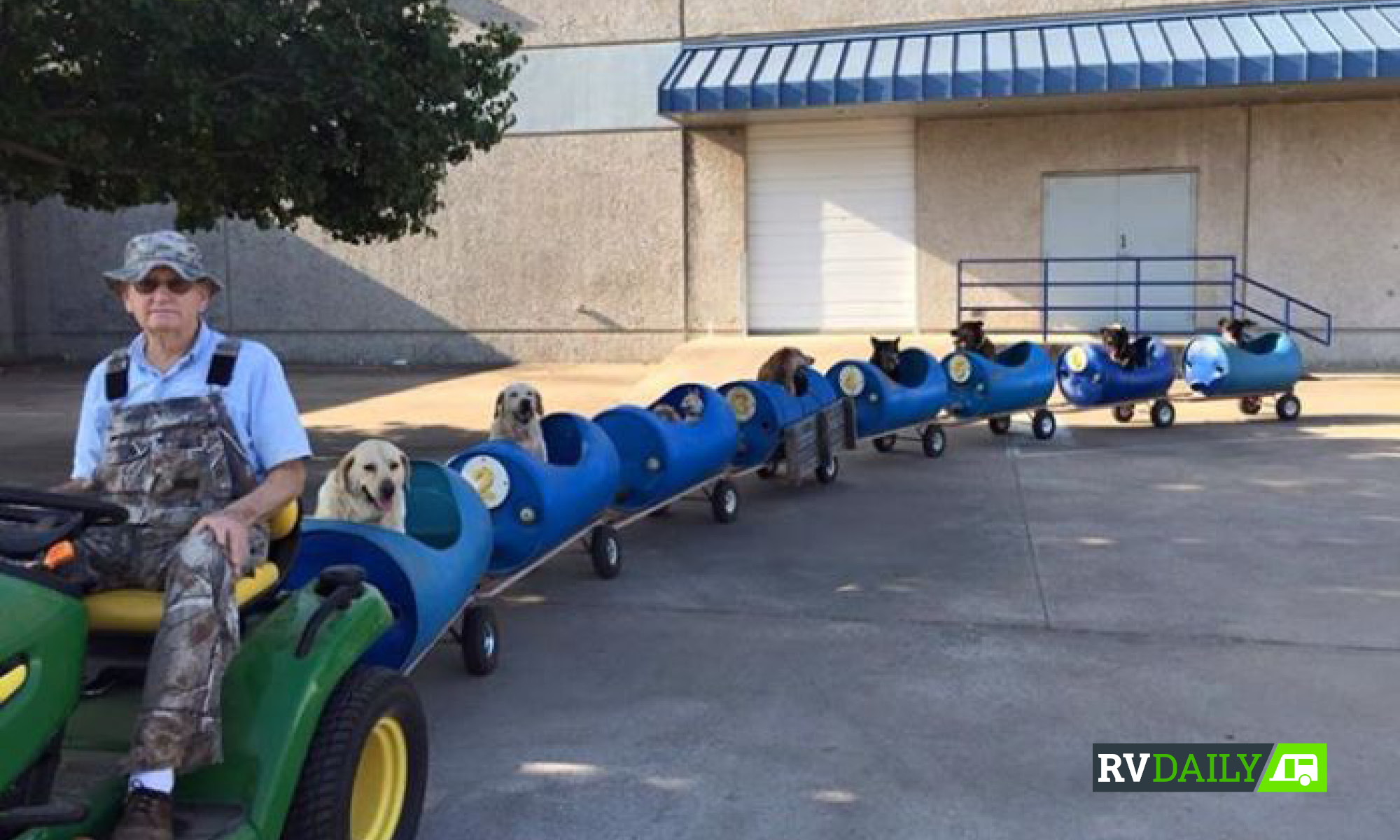 As funny as this is, you’d be barking mad to leave your front yard with this lot in tow

If you really want to have the best of both worlds, why not look into a floating caravan. Yes, such a contraption exists and they are quite popular. Occasionally you see them appear on the second-hand market but, if you want to buy something new, Australian manufacturer, CaraBoat, make what can be described as a floating luxury caravan complete with beds, kitchen and shower/toilets.  Seriously, if you’re a dedicated fisho, this has to be the ultimate caravan. You can launch it at your favourite fishing spot the night before, have a great night sleep in your boat and then wake up in the morning and start fishing straight away, beating the crowds at the launch ramp. Read our review of CaraBoat by clicking here.

So to put this to rest, below are links to every state’s roads authority website and their rules about towing two trailers at once. They are all unequivocal and say the same thing. Towing two trailers at the same time is not legal in any state or territory and for good reason. It’s a dangerous combination that has killed in the past. End of story.