Read this story in our online magazine here.

I am in the process of doing up a pre-loved 2002 factory turbo-diesel 100 Series ‘Cruiser, and that build process started with a visit to Piranha Off Road located in Boronia in Melbourne’s east.

While I was there I happened to be talking to Denis Dwyer, electrical guru and MD Alan Johnson’s right-hand man. I explained that I was disappointed in how poorly my Cruiser performed when trying to take off up hills. I have to ride the clutch. It had stalled so many times it was scary; and that’s just getting out of my driveway!

If I had our Ultimate camper on the back, I would have to engage 4WD just to get from my shed to the house… which was ridiculous. Denis asked what had been done to the motor. Apart from a no-name chip (it’s no-name because I simply don’t know whose it is yet), nothing much that I know of.
“Well,” said Denis with a wicked-looking smile that says he knows something I don’t, “Have I got a solution to your problem!”

Ten minutes later, I had Alan in the passenger seat ready for me to take it for a spin. The first thing I noticed was the smoothness at which I took off up their driveway. The Cruiser was accelerating smoothly and with more power than before. I turned the corner and aimed the old girl uphill in second gear – and it pulled up the hill. No riding the clutch, no first gear. With a grin, I asked Alan what was going on.

“It’s called a pedal chip. It changes the electronics in the ECU to get more power to the wheels to take off. It will make towing safer when you take off through the lights, or if you have to get up a steep incline. They are great.”

He went on to explain that the mapping changes depending on the pedal height and other input and reverts back to normal driving as soon as you back off. It plugs in in minutes and off you go. It can also be adjusted from the control module which is mounted in the cabin.

To say I was impressed is an understatement. Alan then had to apologise for having to take it back out again as it was essentially sold! It’s not a problem as Piranha has just become the DP Chip Distributor in the eastern suburbs, and carries full stocks for trade and retail customers.

I am organising to get a unit fitted and will do a full review on it in an upcoming issue. So stay tuned for more tech details on the DP Pedal Chip! 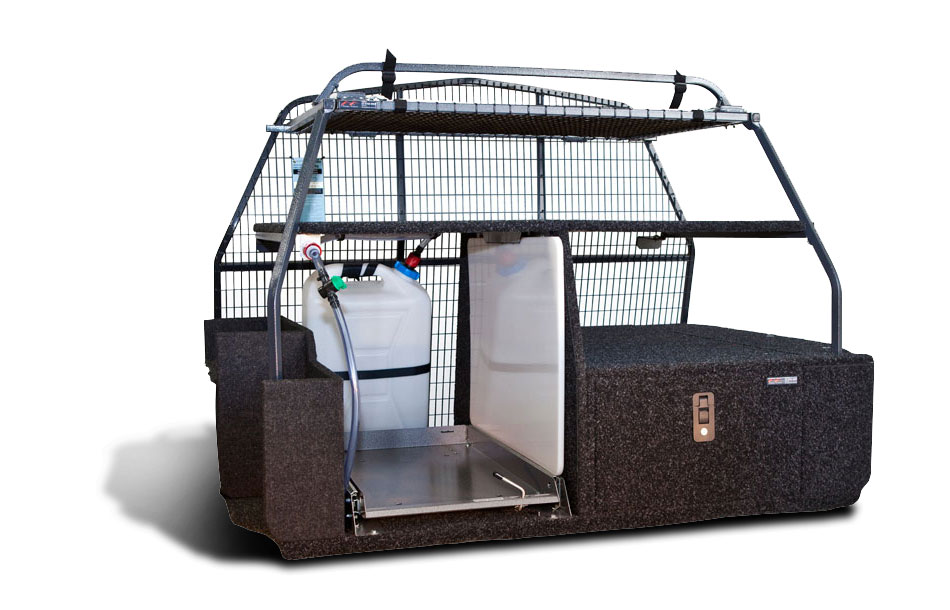