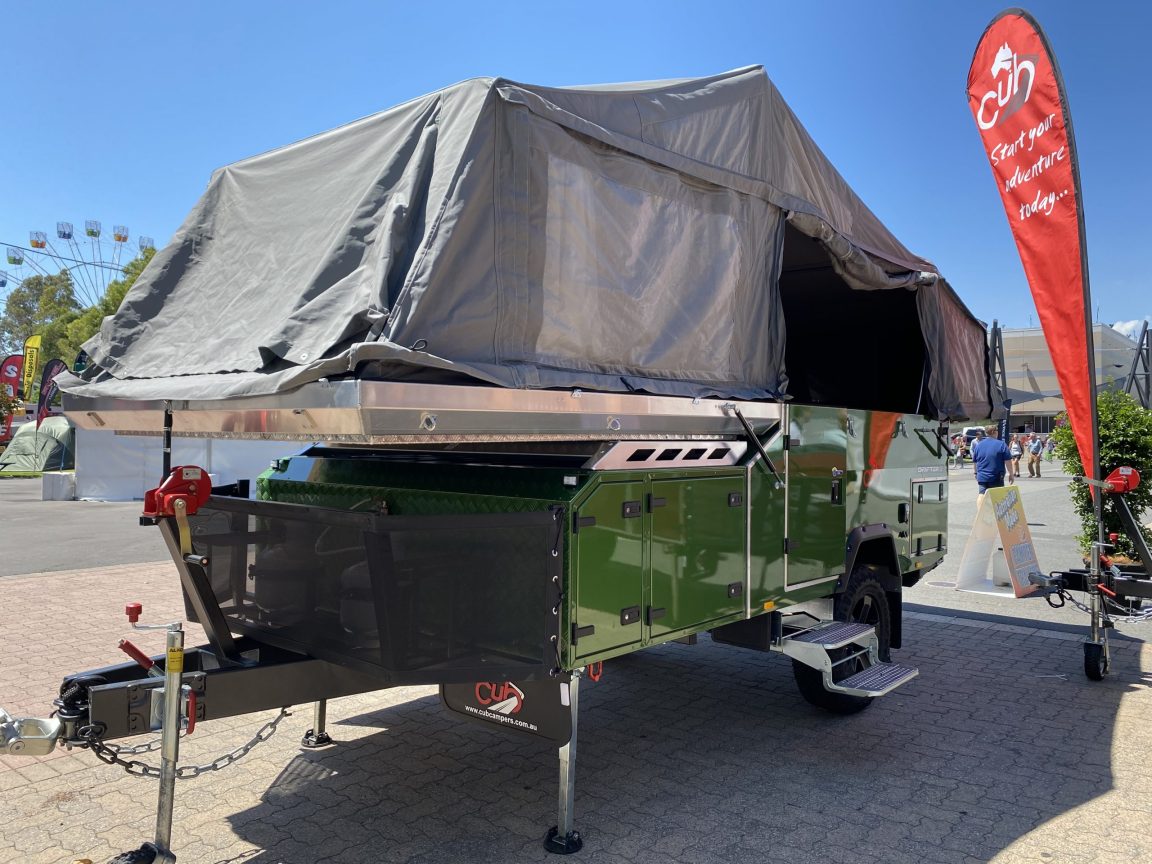 Cub Campers has launched a new double-fold camper-trailer, the Drifter II, a new generation of family campers whose strong DNA dates back to the 1970s. Cub says its new Drifter II builds from the success of the original Drifter model and is the only Australian-made, double-fold, camper-trailer on the market.

Watch our video of the Cub Drifta II

Setting up the camper utilises the Cub wind-out winch to open the camper and lift over the bed floors which are assisted with gas struts. The aluminium pole frame structure which supports the walls and roof are then easily pushed in place.  Cub says its used locally-made dynaproof canvas, and the integrated clear PVC windows with covers and flyscreens provide plenty of ventilation and protection. The Drifter II has a queen-size pocket spring mattress and a medium density foam double mattress to cover bedding needs. The seating area inside the camper wraps around a large centre table to easily accommodate six large adults. This area can also convert into a queen-size bed if needed. 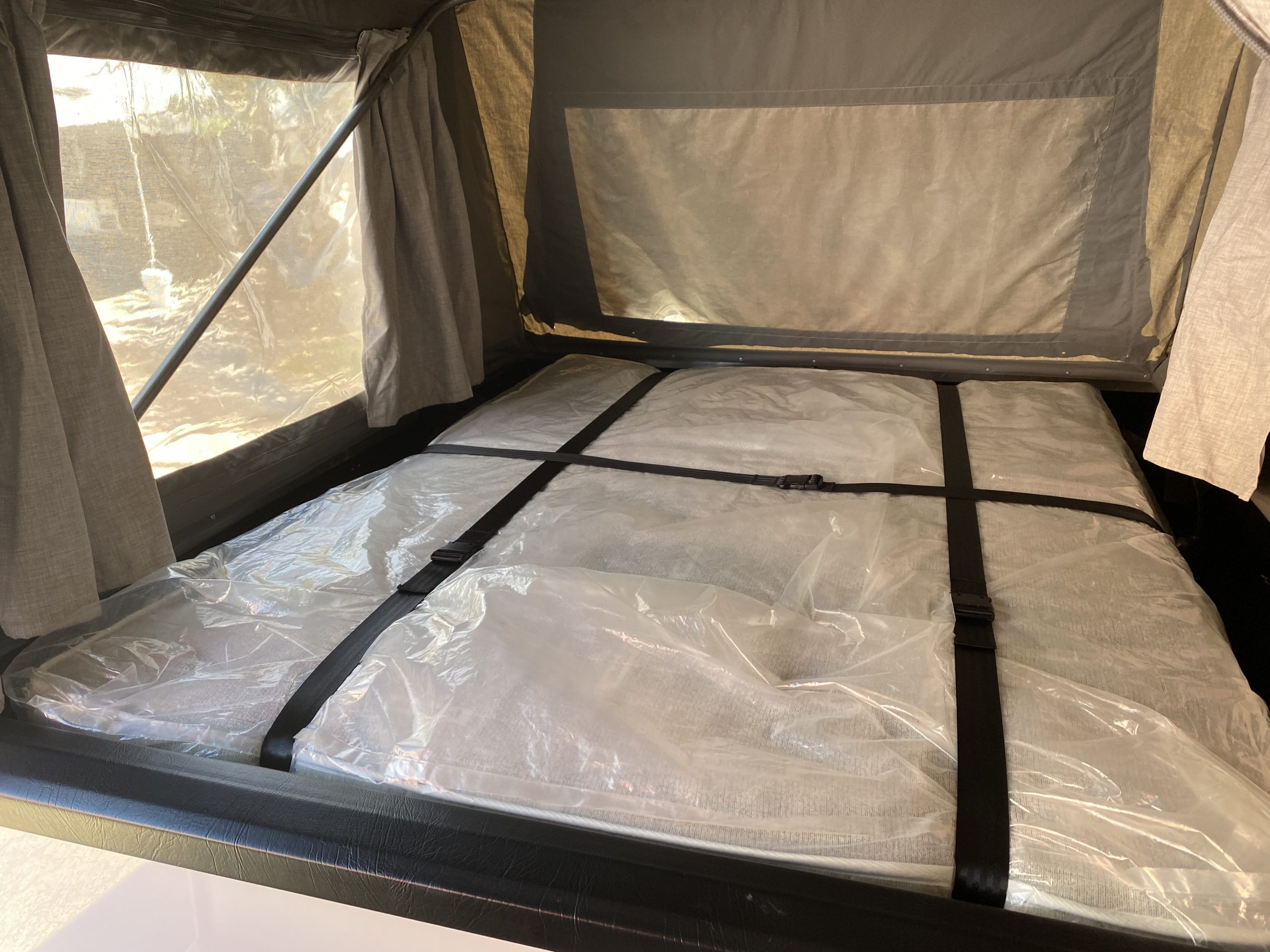 The outside kitchen features a three-burner stove, sink and fold-out shelf. Cub says its pantry drawer here would be one of the longest fitted on a camper-trailer at a massive 1.4 metres in length. 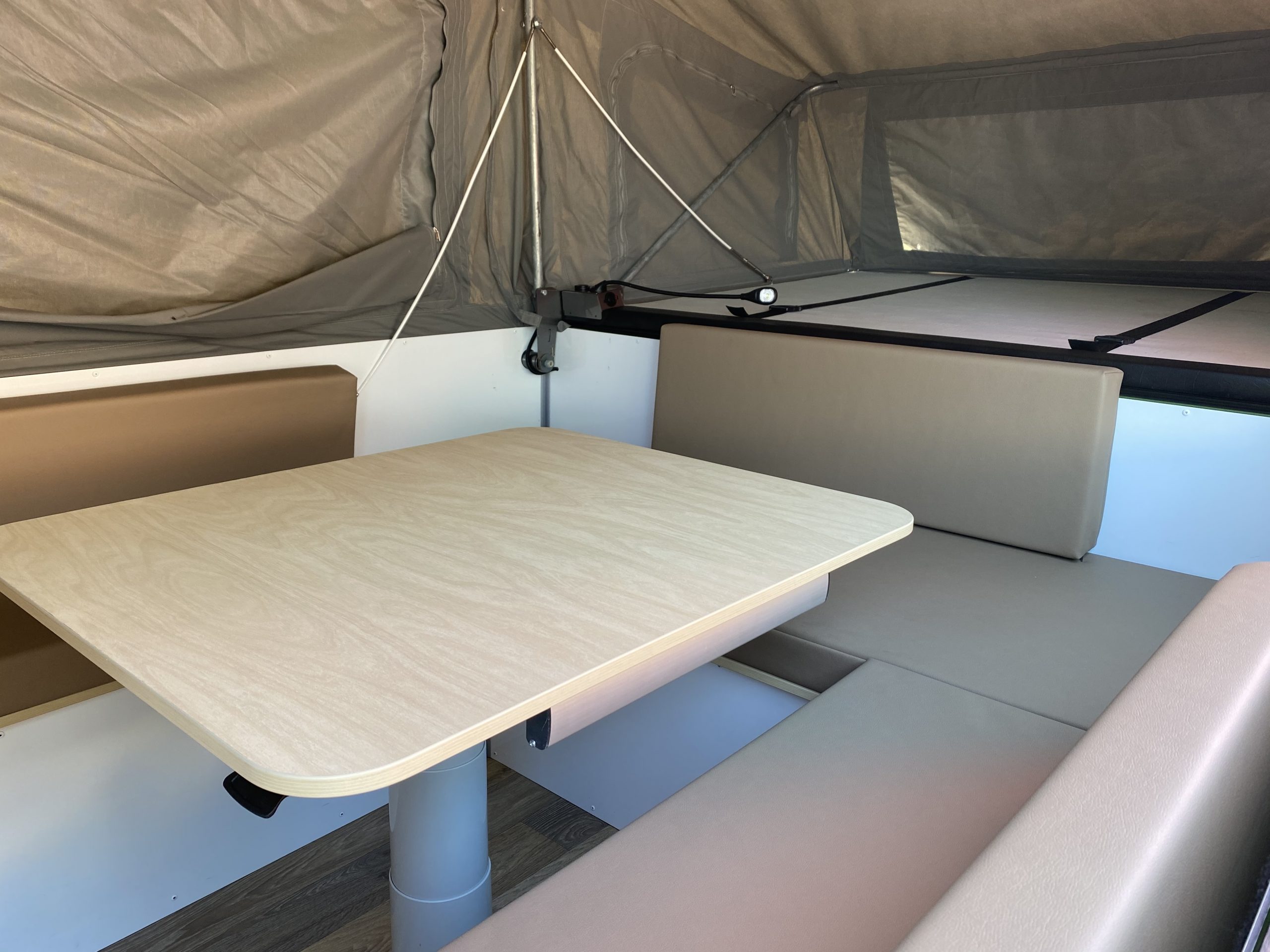 Other features of the Drifter II design sees all electrics located in one hatch and the 100 A/Hr battery is on its own slide-out for easy access. There’s numerous 12v and USB outlets throughout and LED lighting is used internally and externally. Other features on the Drifter II include a 100-litre heavy-duty water tank, two 4kg gas bottles, two 20-litre jerry cans, and a hatch with a fridge slide for accommodating up to a large 95-litre style. 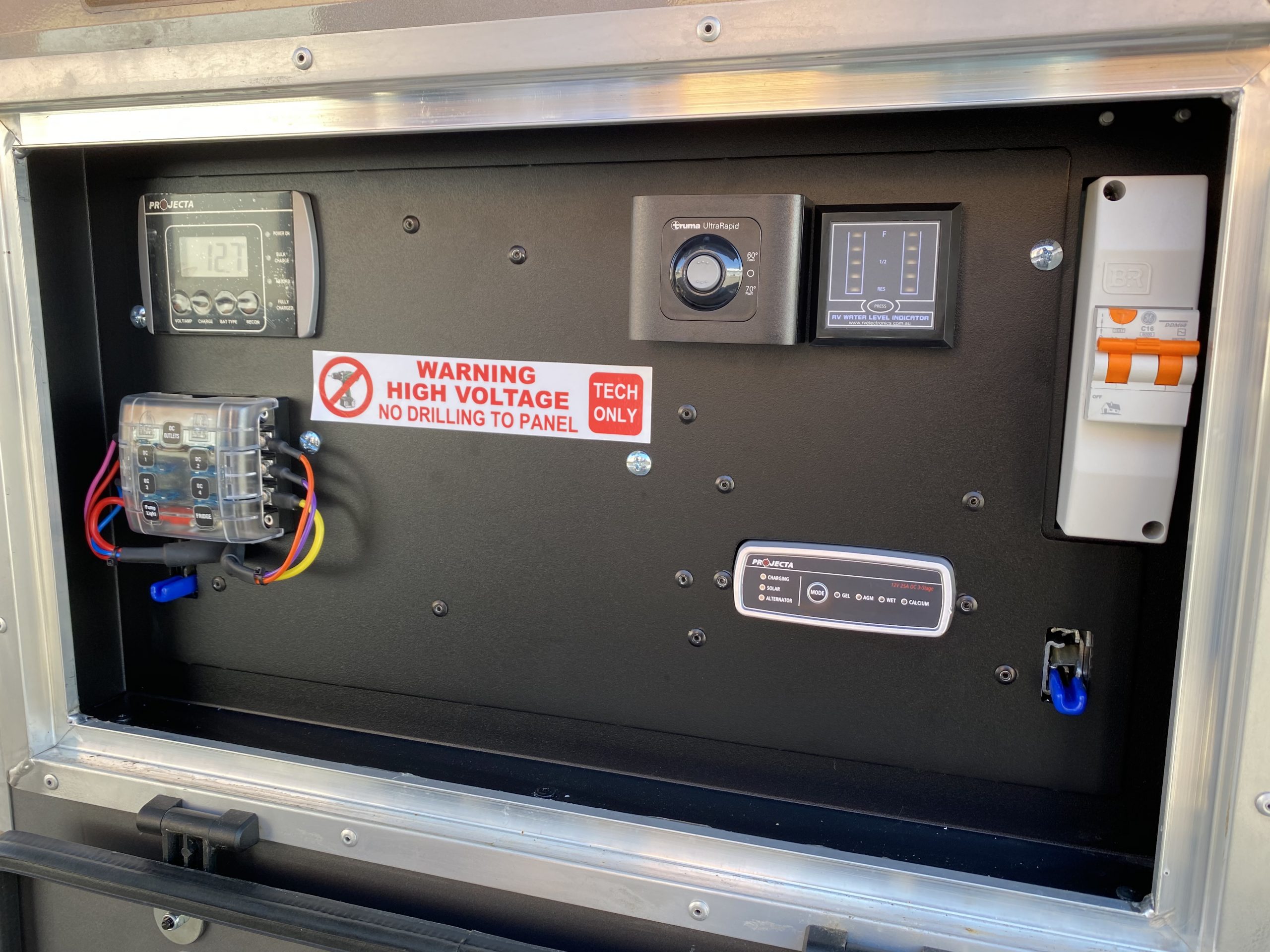 The Drifter II is assembled on an Australian Duragal steel chassis and has independent suspension, twin shockers and 12-inch electric brakes; 17-inch wheels and tyres are standard. Other specs include a Tare weight of 1390kg and ATM of 1950kg. 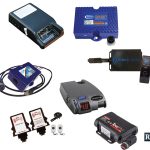 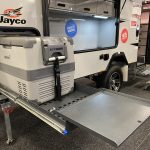