I watch Rosehaven on the ABC. You should too. It’s one of the best, and funniest Australian shows I have ever seen. They’d better be making a series three. And the ones they have made, some of them they film in Geeveston. So that’s why I was going there. To fan worship. However, to get there I had to labour through the Huon Valley. Huonville. Franklin. The river, the boats the endless pretty scenery. Nightmare. Another place I’d sail my schooner to from my new forever home in Hobart, except it wouldn’t be forever because I’d be cruising to the yacht club I’d join. What I mean is, the Huon Valley is lovely. So is Geeveston, except they don’t film ALL of Rosehaven there. There were certain ‘landmarks’ missing … still, it’s got one of the most fantastic new playgrounds for kids, surprising in its new- and greatness and also the most chequer plate dump point I have ever seen. Think RVing in Syria. If it wasn’t already enough of a shit place to be. Syria, not Geeveston. 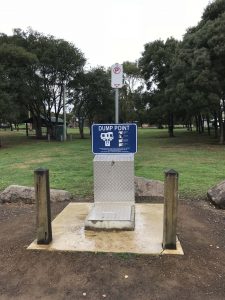 Dover was similarly grey but atmospheric and lovely and then I arrived in Southport. Kind of the end of the road in one way; if the road didn’t go on to Cockle Creek. I wasn’t sure what to do because I wanted to be as far south as I could be owing to the fact that I’m northern. As in Hemisphere. But as we say where I’m from “It’s looking black over Bill’s mother’s” and it was. According to the young lady behind the bar at the Southport Hotel (and caravan park) she said it had its own weather ‘down there’. So I decided I was still as far south as I’d ever been and it would do. It did do too. I had a great night, with power, did my washing and cooked up all the sausages that if I cooked them tomorrow would likely make me queasy. 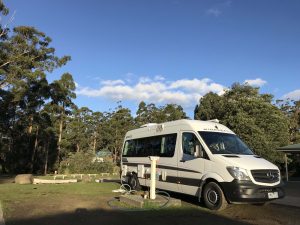 The Ida Bay railway, despite watching a train depart as I stepped out of my Winnebago, doesn’t run on Monday. It’s a maintenance day. The boat trip had come especially from Hobart and that was the only train of the day. Damn, it was raining hard and my friend was texting me pictures of his pool and hotel on the Gold Coast. There were thermal springs at Hasting Caves nearby. What if they’re having a re-centring day or something? I couldn’t face the fruitless dirt road round trip so I headed back up the road towards the Huon Valley with indecision raining hard. Harder than the precipitation outside.

On a whim, I turned right at a signpost to Cygnet and Bruny Island and my day was about to get better. A lot better. Arriving at the booth for the ferry at Kettering I was told two minutes and with that I was on board the small vehicle ferry (there were some big vehicles too, but you know what I mean) and then we were disgorged on the other side without me even leaving the van. I followed the conga up this hill with no idea where I was going. I needed fuel, that’s how unprepared I was, and decided to spend some ‘tourist dollars’ in Adventure Bay before working out where to go.

Jetty Beach got the nod. The penguins on The Neck didn’t, for some reason. I kept driving and rolled through this totally new environment becoming more and more intrigued with the place. Now on South Bruny, of course, the bitumen gave way to dirt, then a track and then the campground, on the other side of the headland from the lighthouse. This would become relevant later.

I was the only person there. I found the best camp. Then left it to go look at the lighthouse. As I did so, a lone Nissan Patrol went the other way. ‘He’s going to take my spot,’ I thought. He did. I managed to turn the van around and headed back and had to be content with second best camp spot. Maybe third.

It was then that I started to get text messages from Scott Mason, the editor of our print title PC 4X4 Adventures, about the Aurora. The southern Lights. I got a lot of messages and then a tutorial about taking pics and lots of videos about solar activity and before long I found myself outside following direction from my colleague in the warmth of his house well to my north as I trudged about in the wind looking for gaps in the cloud. Actually, it was fun and I learnt stuff, but saw no Aurora. I should have been on the south side – the lighthouse side. 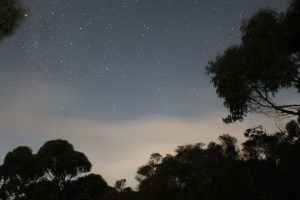 The next day, in bright sunshine, I was and what a view. I was falling under the spell of this island. I felt my stresses slipping away. I was walking slowly. I sat and made a coffee from my van and watched the busses and cars full of tourists come and go. I set off for Cloudy  Bay but never made it. I paused for a group of geese at a crossroads en route and then stopped. I jumped out of the vehicle and spent the next 15 minutes at this spot, taking pics and listening to the wind in the tall pines. I was loving it. 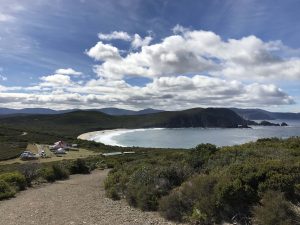 I then spent the rest of the afternoon in the company of Bruny Island local, Keith, in his ‘art garden’ at Sprokkelwood. It was over the fence to the left of the van. It was wonderfully pleasant and I was beginning to think I had actually found one of those places … you know, where you want to move to. It was that strong. 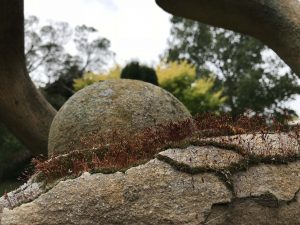 In the meantime, however, I really did have to leave. My next destination was to take me over to the Tasman Peninsula and to the legendary Port Arthur. Keep both hands on the wheel. Sure, you’re the captain! 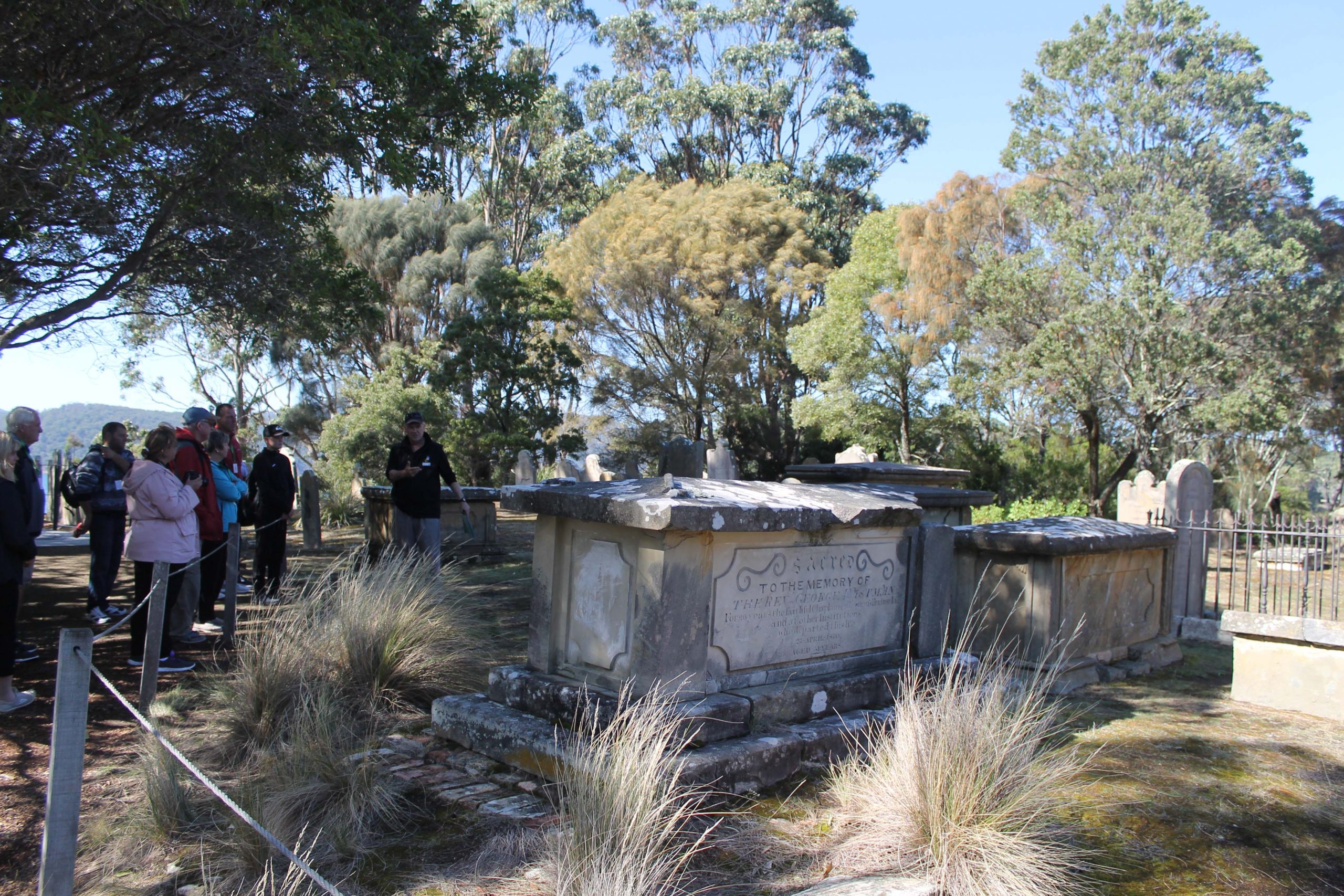 It’s the beginning of the end for this adventure