As I coasted along towards Strahan town centre I had a shock. I thought that Tasmania had developed some state of the art road traffic surveillance judging by a text I received.
It read: Keep both hands on the wheel you lunatic. From a number I didn’t recognise. Normally you call these randoms back. So I did, but not before running through numerous scenarios as how the long arm of the Tasmanian law could have visuals on me with both hands off the wheel. I didn’t recall such a dangerous manoeuvre, and what was I doing? Playing the maracas?

Turns out I needn’t have worried, the voice answered with a name that was familiar although it wasn’t someone to whom I had actually spoken. About 40 minutes earlier, I had waved at a caravan driver, obviously rather vigorously – they’d responded, too, unlike a lot of drivers on this trip – and this family just happened to be Skye and Steve, a couple I had been loosely going to meet with had our timings matched. They’re going to be contributing to RV Daily on their travels. What were the odds? So the trip I had planned to Sarah Island was going to be under my own volition, not the southern wallopers after all.

Two caravan parks appeared as soon as I hit town, both looked chockas but one was on my side of the road. Turns out I picked the wrong one according to more coincidental travelling companions in a Coaster, Chris and Vanessa, that had opted for the other one I found out on the cruise the next day. They had beach access. I had a gravel patch and views of Platypus Creek. So named I think to keep visitors staring into the muddy rivulet rather than with any chance of spotting a billed local. 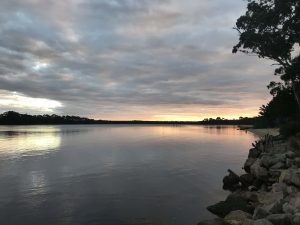 I was a billed local with dinner at the pub that night. I had booked my cruise for the next day – the Roaring Forties, Macquarie Harbour and the legendary Sarah Island, former convict hell hole. I was excited. And, with the exception of little roaring of the Forties, or of much at all apart from the trade at the take away outside my caravan park, it was a truly brilliant day with World Heritage Cruises. They even let you sit on the captain’s deck, sit in the adjacent chair and watch what’s going on. The water was flat calm, even in Hells Gates but don’t be fooled, it might not be the day you choose to take such a journey into seafaring folklore. Possibly. 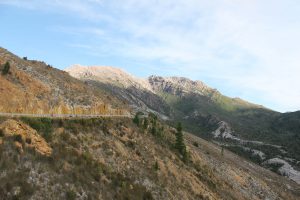 Back on dry land. Well, it wasn’t. It was raining and I had checked out, parked in the all-day car park and decided to run to Queenstown that night to keep some form of momentum going now I had realised I had spent far too long faffing about in the north-west corner. It looked ominous but still my kind of weather. I had an ulterior motive for stopping in Queenstown, besides wanting to see how the landscape was regenerating after its industrial mauling over the years. Quite nicely is the answer but my reason was to surprise friends who had bought a house sight unseen on the internet and were heading down by their school bus to take up residence. I gave them a site inspection over the phone. The house was as described but the street had a lovely aspect and great looking neighbours’ places too. I was happy for them. 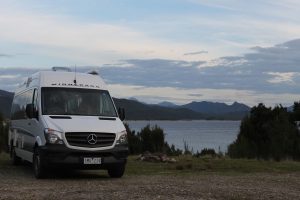 A lakeside (Burbury) free camp sufficed that night. I overlooked a body of water and had a peaceful, if a little breezy evening alone, once the wasps had chuffed off. They seem to be in very large quantities here and although being Euros, they’re not the aggressive little gits I was used to as a child.

Through rain and fog, Derwent Bridge, for The Wall in The Wilderness, was one target and Hobart was the end goal. I made both. While The Wall is stupendous in its artistic brilliance and subject, I found the lack of photography irritating (but fair enough it’s his work) but the little notes all over the centre re not touching, and repercussions over badly behaved children really gave me a bad taste – get over yourself mate. Still, elements of the artist’s story depicted did actually bring out the child in me and moisten my eyes. There. I said it.

Hobart. A huddled, higgledy-piggledy cascade of architectural styles tumbles down the hillsides to a quaint harbour. I liked it. I saw some houses that were definitely my new forever home. If I save forever. I knew the Showground offered respite for the weary traveller but in the rain and fog, and my new attachment to the poultry shed I wasn’t that enamoured. It’s close to the city but it’s not much more than a carpark. Still, thanks for the facility.

A morning in the town; it feels not like a city and I liked it more. Again, flat calm sea.
Like glass. I enjoyed scallops. A walk. Ships and some glorious, dominant buildings in the centre, if you look up above the shop fronts they’re there. 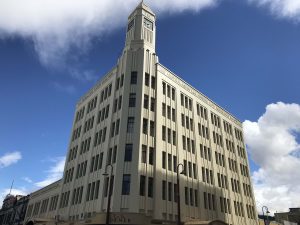 As if the Antarctic ships at the docks was a talisman, the south beckoned. So I followed. 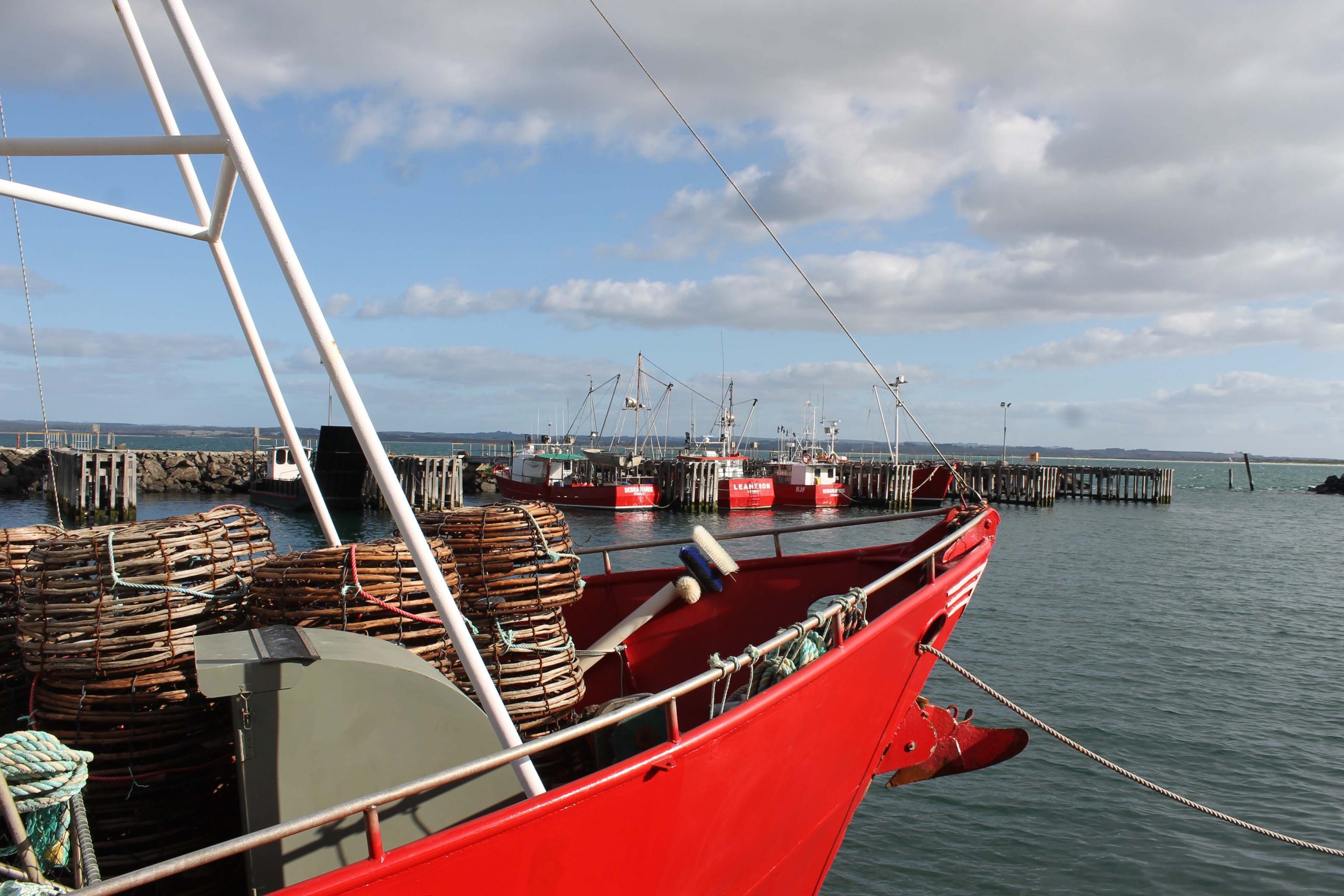 Another fine mess you’ve gotten me into, Stanley 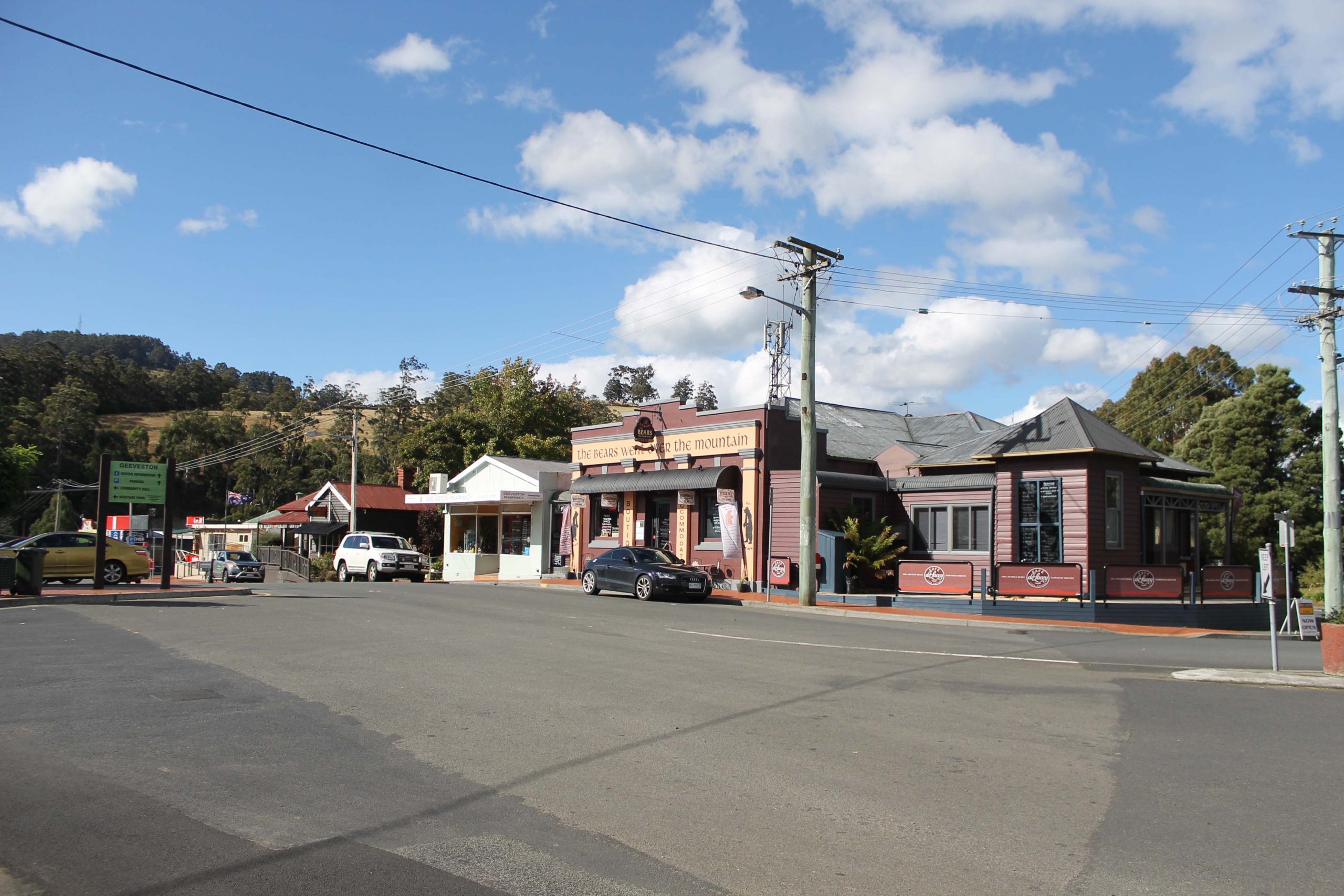 Never be afraid to meet your heroes. Even if they’re out of town