In our quest to tow heavier loads and carry all the comforts of home, our tow tugs in factory spec are failing to meet our needs. As a result, more and more caravanners are turning to the vehicle modification industry to improve their vehicles’ capabilities well beyond anything the makers ever intended, but at what cost? With so many owners experiencing major engine and transmission failures, perhaps it’s time for a rethink on vehicle expectations and modifications.

A short time ago, we spent a month staying in a caravan park in Geraldton, WA. It wasn’t long after the internal WA borders opened up following the Covid-19 lockdown and everyone with a camper or caravan was travelling up and down the coast enjoying their newfound freedoms. Well…not everyone.

In the first two weeks of our stay, we observed five vehicles come in on flatbed tow trucks. All but one were reasonably late model 4wd wagons or utes. All had either engine or transmission failures. We have since had another two mates experience similar issues with their tow vehicles and all the failures have happened while they were towing reasonably heavy loads.

Now that’s just people that we’ve either met on our travels or friends we know personally. Spend a fair bit of time on caravanning and camping Facebook groups and you’ll see barely a day goes by without at least one person posting about a similar experience and its almost always the same issues; engine or transmission failure. So what’s going on here? Are these issues related to specific known problems with the vehicles themselves or is it us owners killing our vehicles?

Before we embarked on our life on the road, we took our near new Toyota Landcruiser 200 series to Turbo Engineering in Thomastown Victoria. I’ve had a long history with these guys after previously getting them to tune and maintain our old Nissan Patrol 3.0 CRD. That car was one of the most reliable vehicles I’ve ever owned despite all the negative opinions and poor reputation of Nissan’s four-pot diesel engines. I attributed its longevity and reliability to their expert care.

When you walk into a place like Turbo Engineering and you talk to their staff, you immediately get the impression they know what they’re doing. They don’t make outlandish claims about power increases and the like. They just tell you what you need to know. They steer you away from making poor decisions and they back their recommendations with straight talk, not marketing jargon. It’s like being in a Star Wars movie and talking to Yoda about the Force. When they tuned our Patrol, it wasn’t the cheapest option we had but I know they put it on the dyno five times before they were satisfied with the result. That’s the sort of care and attention you get for your money from companies like this.

When I asked them about the Landcruiser and told them what our intended use was going to be, they were very straight forward with their advice. These are the problems they see all the time and these are the ways to avoid those problems.

Without question, the most seen issue at Turbo Engineering are problems related to contaminated fuel, particularly diesel. It’s quite surprising given the tight regulations that govern the production of automotive fuels in this country. As a rule, fuel quality in Australia is pretty good but the high-pressure diesel fuel injection systems used in modern vehicles are vulnerable to even slight contamination. The OEM fuel filters are very good but they are not so good at separating water droplets from the fuel. Fitting a pre-filter with water separator is considered cheap insurance and provides an extra layer of protection to the expensive fuel system.

Turbo Engineering fitted a Fuel Manager OS-212-FM Pre-Filter / Water Separator kit to the engine of our Landcruiser. This unit filters particles down to 30 microns in size. This means the OEM filter can be left to trap smaller particles, prolonging its life. It also means there’s no drop in fuel pressure. The filter has a clear bowl at the bottom where water is trapped. While it’s in a slightly inconvenient location, it is possible to see at a glance if any water has been removed from the fuel.

In addition to fitting the additional fuel filter, the guys at Turbo Engineering offer the following tips:

You may not be aware of this but the standard exhaust systems fitted to most vehicles are not free-flowing systems. They have a certain amount of restriction inherent in their design. Under normal driving conditions, this restriction wouldn’t be a problem, but when the engine is working hard, such as when you’re towing a large caravan, the exhaust temperatures rise significantly. If the exhaust doesn’t get expelled quickly, these temperatures can rise to dangerous levels. Temperatures of 700 degrees Celsius or higher are not uncommon. Drive in the extreme heat of the outback and climb up a long steep hill and the exhaust temperature can rise to the point where damage to the engine and/or the turbo results. This damage may not be evident immediately. With repeated high-temperature situations, the damage is cumulative.

Fitting a larger, flee flowing exhaust system expels the hot exhaust quicker than the standard system. This leads to significantly lower exhaust temperatures and improved engine and turbo longevity. The guys at Turbo Engineering recommended us to fit a Redback 3-inch turbo-back system as well as an exhaust temperature monitor. Even on the hottest days, towing our heavy rig up hills, we rarely see the temperature rise over 490 degrees. If it ever did and it started to get towards 600 degrees, we know we are working the engine too hard and to either back off the accelerator or pull over and allow the engine to cool before proceeding on. The new exhaust system has also given the Cruiser’s V8 oiler a nice soundtrack.

The problem is exacerbated by the transmission trying to change up to a higher gear to achieve good fuel economy. Once the temperature of the fluid gets over around 90 degrees Celsius, it starts to deteriorate. At higher temperatures, the rubber seals begin to harden, leading to leaks and pressure losses. The transmission begins to slip, further increasing the temperature. At some point, the clutches burn out and the transmission fails. If you’re lucky, the engine will go into limp mode before this happens, however, even by that stage, the damage may have already been done.

I know there are a plethora of other modifications available to vehicle owners planning to do a lot of towing. Some of them will undoubtedly be of benefit while others may end up causing more harm than good. To my way of thinking, when it comes to modifying your tow tug, less is more in the long run. Towing a large caravan is going to put enormous additional strain on your vehicle and the last thing you want to do is push it harder and faster towards a major breakdown. Rather you want to drive the vehicle within is capabilities and these modifications will allow you to do just that 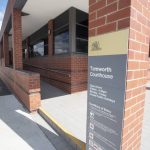 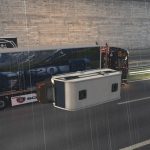