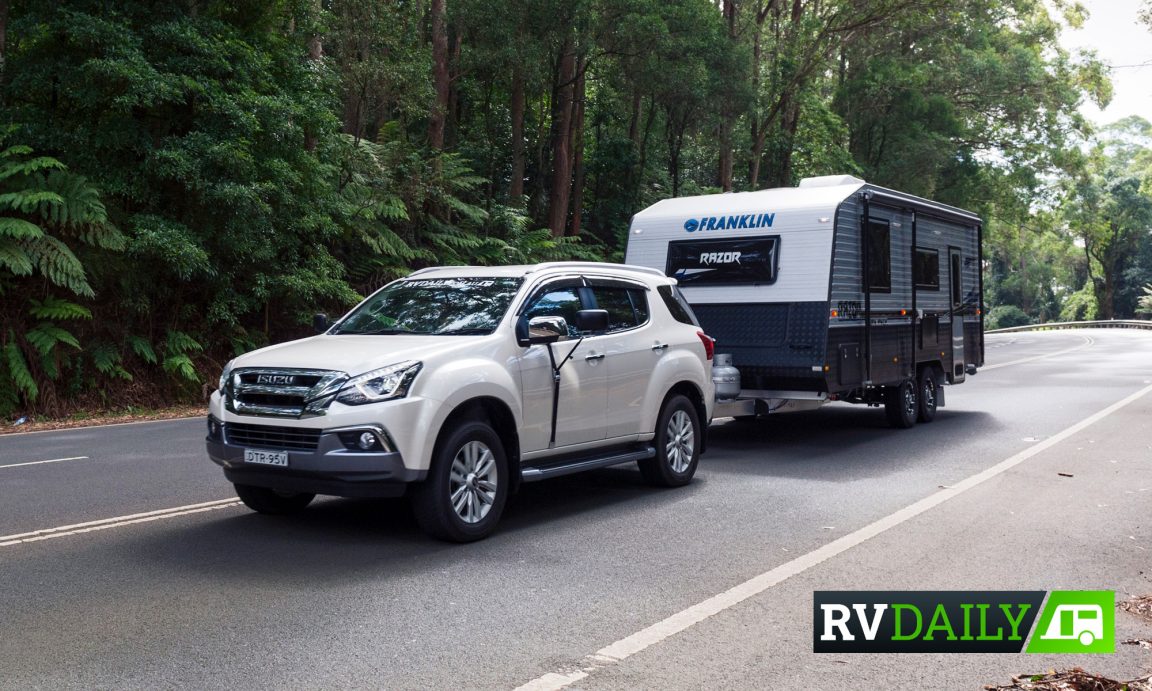 We put our new long-term tow rig through the ringer

It’s a hot topic for debate: what is the best option for hauling around a three-tonne van, especially if you’re on the road full-time?

We reckon we might have the answer: Isuzu’s MU-X. It stacks up well in terms of grunt, towing capacity, payload and value for money. But how sure can you be that it will truly last the distance with something hanging off the towball? Well, there’s only one real way to find out. We’ve got this MU-X for the long haul, both figuratively and literally.

What you’re looking at is the new RV Daily long-term test rig, which will have an arduous future ahead of it dragging vans across the countryside. But before it takes off on that long road, we wanted to set a baseline. So we’ve brewed up a tough and testing loop of winding roads, with potholes and steep climbs and descents over which we’ll be checking fuel economy, dynamics, performance and comfort.

Along with a lot of the chassis and front suspension, the MU-X shares an identical driveline with the D-Max ute. It’s a good thing, which has really stood the test of time. There has been a 3.0-litre diesel under the bonnet since the early Holden Rodeo days. They changed from the 4JH1 to 4JJ1 in 2004, bringing with it common-rail injection and 16 valves. This motor has had a steady slew of upgrades and refreshes over the years, up to the current 130kW/430Nm unit we have now. Mind you, the bore and stroke hasn’t changed for many years.

These days, the MU-X driveline still goes toe-to-toe with the competition. While it’s lacking the torque figures on paper compared to the competition, it seems to always rustle up enough grunt when you need it. The swept volume of this four-pot gives you good off-idle torque, and the boost comes on in a linear, unhurried way. It’s there when you need it, and it doesn’t make a fuss.

Another bonus is the gearbox, a six-speed automatic in our MU-X. Nothing grinds my gears more than an indecisive or self-doubting gearbox that will constantly change ratios when under load. The MU-X does like to stick to a gear, allowing the engine to lug a bit (in a good way, not revving its arse off).

The suspension is one quite familiar to all 4WD wagons these days: independent struts in the front, with a five-link coil-sprung live axle in the back. What’s more important is the tuning, and this MU-X is quite good. Isuzu has taken the soft approach, leaving the ride fairly supple and forgiving. This combines well with an unhurried steering feel and ratio, making everything feel nice and steady.

A sports car it is not, but that kind of thing pays dividends when towing. The towball mass of our 2.4-tonne Franklin Razor caravan wasn’t enough to worry the rear suspension, either statically or dynamically.

The Isuzu MU-X has a three-tonne braked towing capacity, which is down from the 3.5 tonnes the stablemate D-Max offers, and a little less than some of the others in the segment. Dig a little bit deeper, however, and you will see a 5750kg GCM. This is higher than most of the competition, and gives you a bit more headroom when loading the van and tow rig with gear and accessories. The straight payload is just shy of 600kg, but best bit is the GCM is actually the GVM plus the braked towing capacity, which hardly any other manufacturer can lay claim to these days.

Of course, you could easily mount an argument that the new Discovery or 200 Series LandCruiser would be a better tow rig. Go a bit further, and start recommending full-size Yank Tanks with four figures of newton metres. But, you can’t get any of them for the fifty-odd thousand dollars that this will cost. So from a value-for-money proposition, the MU-X stacks up very well. The highest-spec unit we were driving goes for $56,100, while at the bottom end, you can get one for as little as $48,000. Personally, I would probably save the money on a lower-spec’d model. 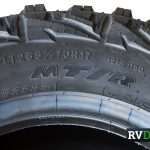 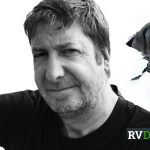