How to change your tow vehicle’s window regulator 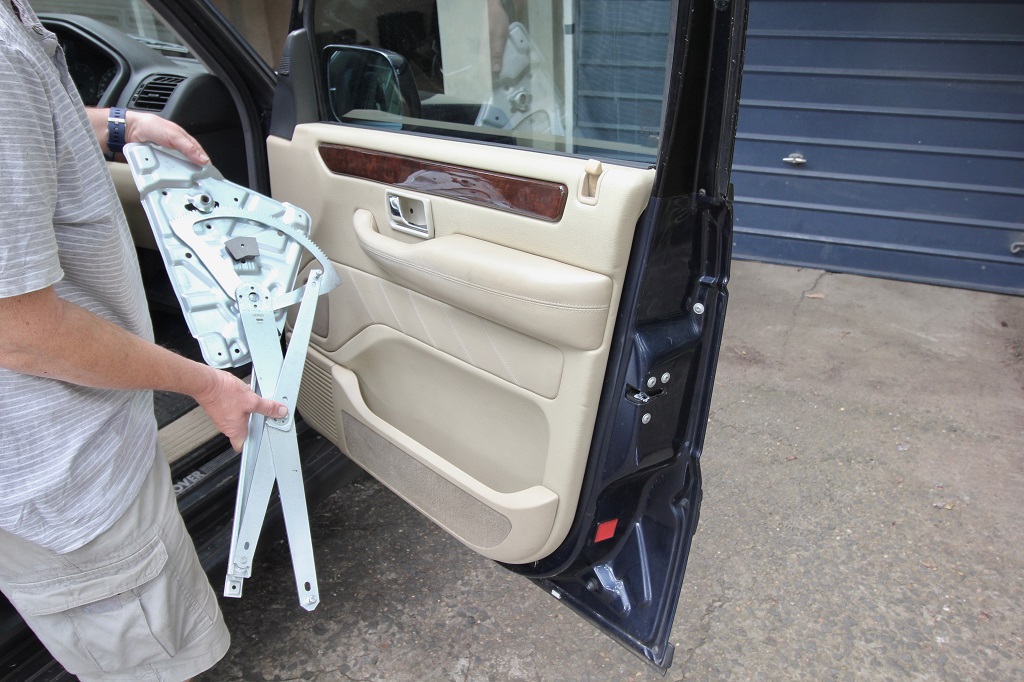 Windows not working? Your window regulator might be broken. Here’s how to change it in five easy steps

If your tow vehicle is getting on a bit there’s every chance a window regulator will fail. This simple mechanism moves your tow vehicle’s side windows up and down and you don’t know how important it is until it fails. Doing things you normally wouldn’t think twice about such as adjusting your towing mirrors, punching in the code at the caravan park boom gate or sticking your head out when backing the van onto a site are suddenly not on the menu.

There are two basic types of regulator – either cable operated or scissor-action type. Usually, the cable breaks in the former or teeth are chipped off the latter. Either way, you’re not going have much if any window action until the regulator is replaced.

For many vehicles, a new replacement costs no more than about $150 and the job can be done in under an hour. I replaced a scissor-type regulator in my old Rangie that I’m prepping for towing duties. The Rangie had gears chipped off the driver’s door regulator mechanism so the window would not raise completely.

“This simple mechanism moves your side windows up and down, and you don’t know how important it is until it fails”

All you need for this job is a socket set, a screwdriver, a plastic trim removal tool and some lithium grease, a couple rags and wax and grease remover. If the regulator is riveted rather than bolted on, you’ll need a drill, replacement rivets and a rivet gun. Step One. Remove door card and sealing sheet underneath – often you’ll have to unscrew or unclip the interior door lever surround and handle before unclipping the door card, which is easily done with a cheap plastic trim-removal tool. Be careful pulling off the sealing sheet (which stops water and dust from entering the cabin from the door cavity) – they rip easily. The one fitted to the Range had been got at before and was in a sad state. 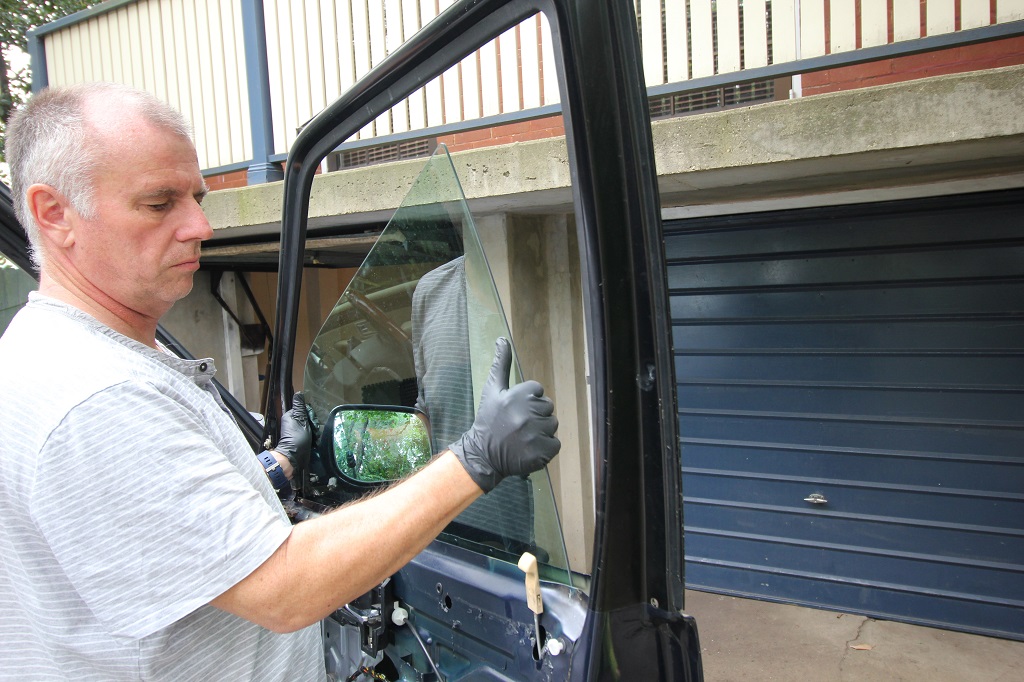 Step Two. Release the window from the window regulator (by undoing the attachment bolts or clips) and carefully lift the window out of the door. 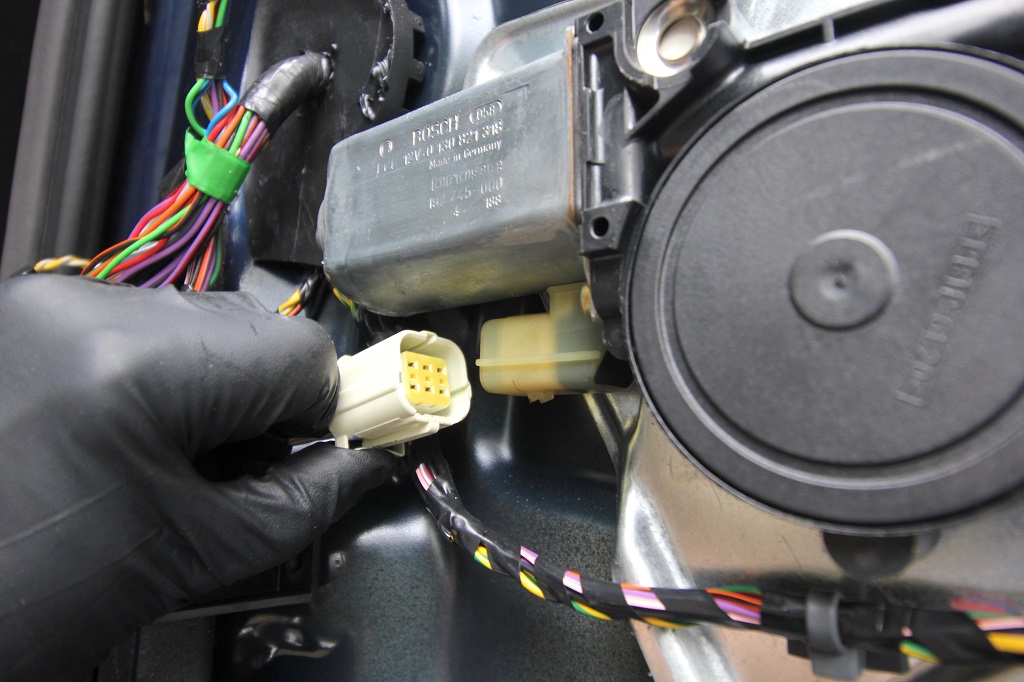 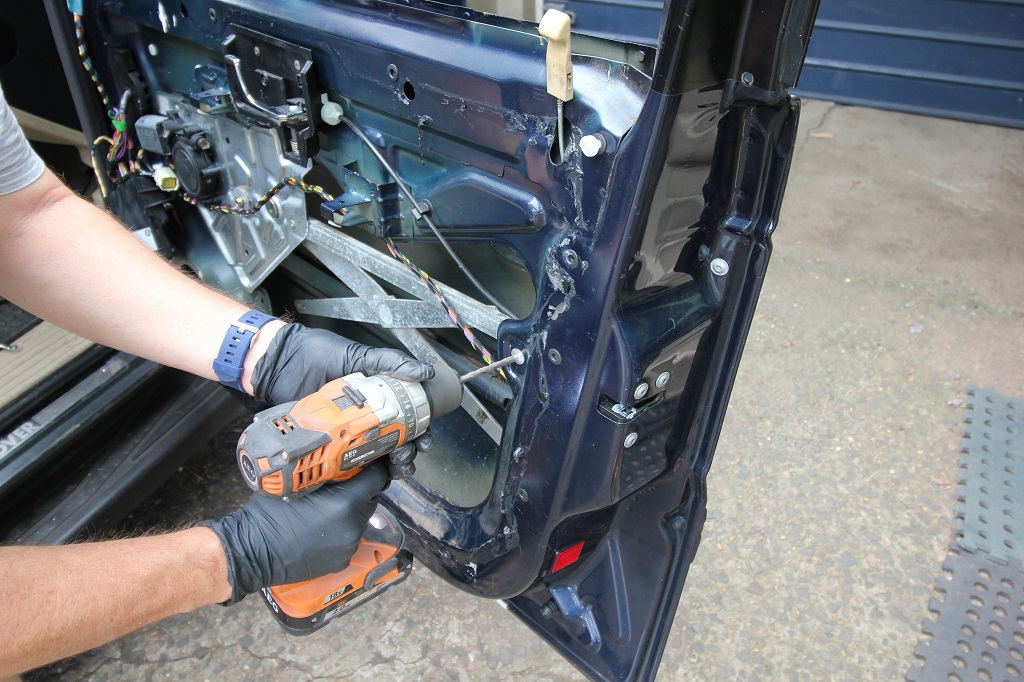 Step Four. Unbolt window regulator and remove. In some vehicles, such as this Rangie, the window regulator is riveted in place, so you’ll have to drill out the rivets. If a power window motor is attached to the regulator, now’s the time to swap it over to the new regulator. Step Five. Install the new regulator, making sure to wipe off old dried grease with wax and grease remover and apply fresh lithium or general-purpose grease on the slides. If the regulator is riveted in place, you’ll have to fit new rivets with a rivet gun – not a hard job. 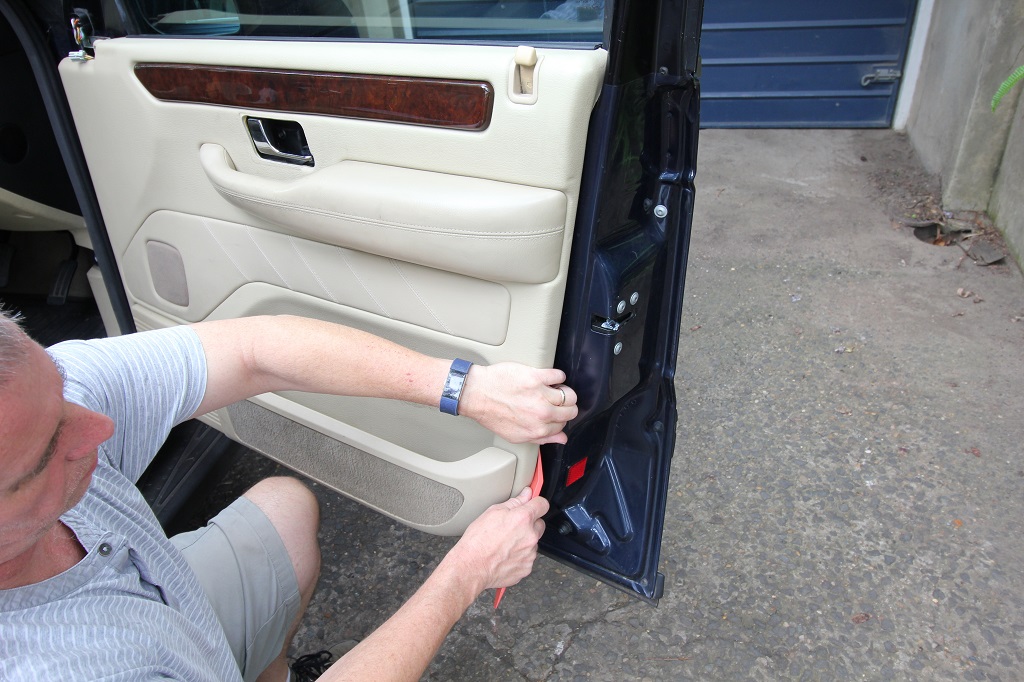 Now you just need to button up the door in the reverse procedure to pulling it apart and get back to enjoying window action at your fingertips.