Everything you wanted to know about ball weight (but were afraid to ask). Well, a confused reader did ask:  Is towball weight, or download, a legal matter?

We have found enlightenment, Grasshopper.

Understanding towball download weight can be problematic at the best of times. RV Daily reader Ron Howard sent us an email that raises a very good question. Over to Ron.

“I hope you can help me out. I am in the process of looking at and buying a van. After researching caravan ball weights, I still cannot fathom the meaning on the compliance plate of a van that states, say, a 140kg or a 210kg ball weight. Does that mean you cannot exceed that weight or is that the weight listed at the current Tare weight by the manufacturer or am I missing something?”

While the simple answer is that these weights have nothing to do with trailer legalities and the only place TBM can be a problem is with the tow vehicle’s legal TBM maximum, this still warrants further explanation. All caravans built since 1989 have had to have a plate fitted on which certain information is included so that it can be legally identified and registered. This is called a vehicle plate, (or a used import plate, for second-hand imported trailers).

Under the Federal rules for building trailers, laid out in Vehicle Standards Bulletin 1 (VSB1), the plate must include the following information:

The manufacturer’s or importer’s name (whichever party takes responsibility for the certification statement);

aggregate trailer mass (kg), and a certification statement (for new trailers) that states, “This trailer was manufactured to comply with the Motor Vehicle Standards Act 1989”.

In other words, the plate should be somewhere you can find it and fixed on so it won’t fall off.

Now here’s where towball download comes into it. VSB1 allows for further information to be included on the vehicle plate with this statement, “The vehicle plate also provides useful information about the specifications of the trailer”. VSB1 then refers to Australian Design Rule 61/02- Vehicle Markings, which states under Section 8.2, “Additional information may be included at the discretion of the ‘Manufacturer’. 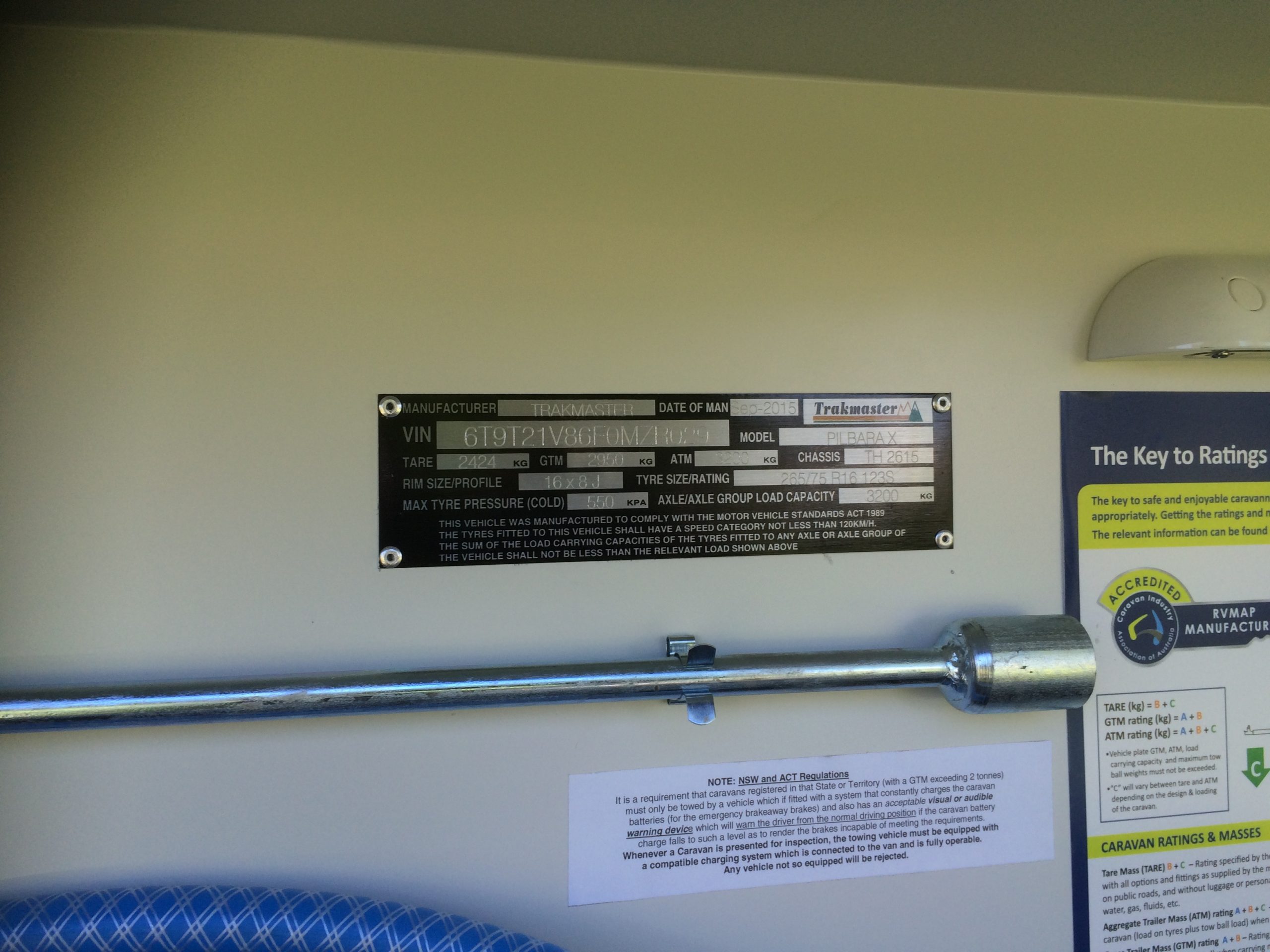 Caravan manufacturers, particularly those members of the RVMAP association (that produces plates for members), started including ‘useful’ information about towball mass about five years ago. Information such as Towball Mass at Tare and Maximum Towball Mass started to appear on caravan vehicle plates.

While this information was already available by using other information on caravan vehicle plates (by subtracting Gross Trailer Mass from Aggregate Trailer Mass), the ‘towball loading at Tare’ on the Trailer Plate is very much an advisory, as is ‘Maximum towball download’. While there is no such thing as a maximum towball download mass for a trailer, often caravan manufacturers put 350kg as the maximum because that’s the TBM they rightly believe most tow vehicles can legally have imposed on their towbar.

There are various forces that a coupling and drawbar must be able to cope with to be VSB1 compliant. For example, the coupling must be marked with its total load rating, and that rating must meet or exceed ATM, but there are no actual legal towball download limitations imposed on the user of a trailer, when unhitched, at least.

The only trailer component that will need to be rated to cope with towball download weight is the jockey wheel. Saying that, TBM is pretty much irrelevant when the caravan is considered in isolation, it doesn’t mean it’s not important: it’s just that TBM can vary so much, and so can the maximum legal TBM of a tow vehicle hitched up to it.

The problem starts with the fact that while the TBM weighed at Tare mass is a useful addition to the vehicle plate and can sometimes give a hint of how balanced a van is or is not. It isn’t an accurate indication of TBM when it really counts, which is when you are about to hitch up and go on holidays with a full payload.

Towball download will vary depending on the height of the coupling, the level of the caravan and the weight and loading positions of your payload. Having the tow tongue and coupling at the same height when hitching up and carefully positioning your gear in the van is a good start. You can’t do much about the water tank position, but at least you can elect to tow with them full or dry in order to ensure correct balance and to not exceed your tow vehicle’s TBM maximum.

While many caravanners believe that you must have about 10 percent of a caravan’s ATM resting on the towball of the tow vehicle, this is a tradition like Christmas. Everyone has been doing it so long that they’ve forgotten what it’s about. The 10 percent TBM thing started in the 1970s when we all towed 1000-1400kg caravans with our 1200-1400kg Kingswoods or Falcons. Caravan weights and weight balance has changed a lot since then. Forgetting European caravans, with their 4-5 percent TBM for a moment, even a heavy Aussie van can be towing well with as little as seven percent TBM.

The only way to know exactly the TBM of a van is, of course, to measure it. There are a few options, the easiest is to buy a towball weight scale (cost is about $100), or you can enlist the help of a mobile weight scale company or tow the van to a public weighbridge.

Here’s a little video Marty Ledwich made a while back to give you a guide to weighing your towball download. 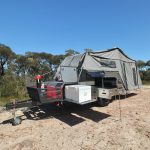 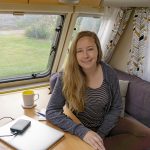