THE DROP TOILET DEBATE ARE NATIONAL PARK CAMPING FEES WORTH IT? 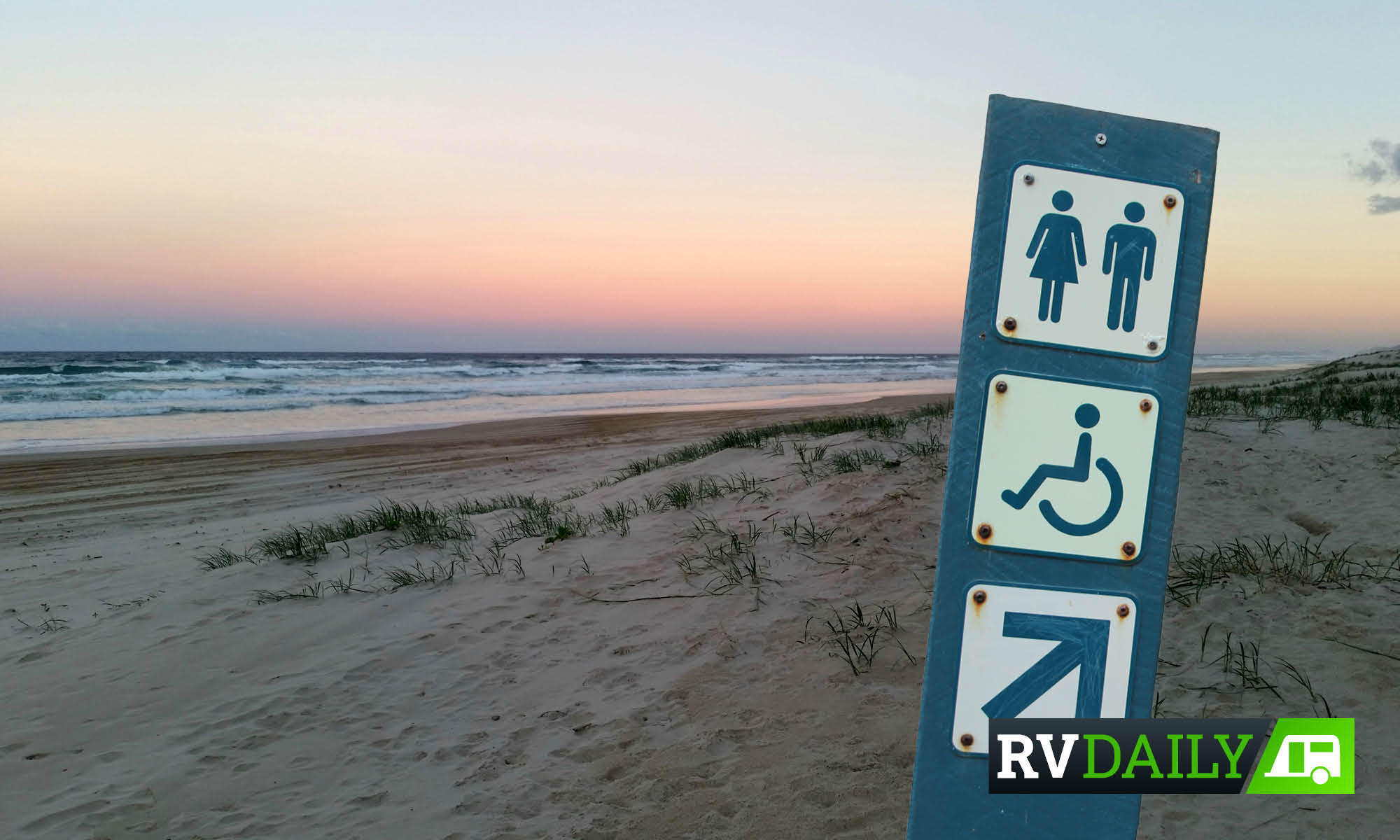 Are we just chucking our money down the drop dunny? Or do the basic facilities at our national parks deserve your dollar?

Really, is there anyone alive who loves using a drop toilet? Not me. Not even the ones that don’t stink or have the novelty of chucking in some wood shavings after a morning visit. But to get into some of this amazing country’s most pristine and beautiful areas, a drop toilet I must use. For some, however, the idea of paying full-facility caravan park prices to do so is outrageous and unconscionable (even before we get to the drop toilet issue).

Over the past few years our state’s national park bodies have increased camping and visitor fees at a rate of knots, citing the need to “improve and maintain facilities and support on-park conservation.” No complaint there: our national parks are national treasures and should absolutely be maintained to the highest degree possible. Yet for many caravanners, the price has begun to outstrip the gain. In 2014, Victorian Parks raised campground fees at some of their most popular parks to the infuriation of many, only to lower them again a year later so that “Victorian families can have an affordable holiday.” At over $60 per night for a family of four to camp on an unpowered site the week after Easter at the Tidal River campground in Wilsons Promontory National Park, it still seems far from truly affordable.

In many cases, there’s a commercial park quite close by, sometimes even backing on to the national park in question, whose rates are on par or slightly more and have far greater (not to mention much less pongy) facilities. Yet space at one of these Spartan-like national park campgrounds over the holidays or even a weekend is just as sought after as its well-dressed city cousin. And that, seemingly, is where the difference lies.

For many of those enjoying the great outdoors, they’d actually like to do just that: enjoy being among nature rather than experience the great Wall of Starcraft staring back at them one metre over while listening to My Kitchen Rules blasting from an outdoor TV screen on the other side. According to Les, a sub-contracted Illaroo campground host in the Yuraygir National Park on the New South Wales’ north coast, the growth in 4X4 ownership and increasing interest in everything camping has seen a dramatic rise in a particular kind of camper frequenting national parks. “The average camper in here is not a battler. They’re geared up and want to test out their 4X4s, have a fire, drive on the beach, go for a fish.” The Federal Chamber of Automotive Industries backs up this claim with its statistical data from 2017, showing that “sales of Sports Utility Vehicles (SUVs) have outstripped those of passenger cars” for the first time ever, while caravan and camper-trailer ownership also continues to grow. So what does this mean for the average caravanner going about their RVing existence? After all, just because you drive a 4WD doesn’t mean you’re happy to forgo every creature comfort like a neatly marked site and yes, somewhere to go to the toilet. For the NSW National Parks and Wildlife Service, it means providing a bush setting with a few extra comforts.

According to a NPWS representative, having onsite camp hosts for the Illaroo campground in Yuraygir National Park has made a dramatic difference in site traffic because of the security of an ‘official’ located permanently within the campground, with the daily cleaning and upkeep of, albeit basic, facilities being the other main reason. Further to this the Yaegl people, who recently gained Native Title through parts of Yuraygir NP, contribute to the maintenance of the campground itself and the preservation of the area in general.

While the NPWS representative admitted that the bollard and vegetation bays dissecting what used to be an open campground might “look a bit formal for some people”, camping compliance had become a ‘big’ issue. On the other hand, with 60 sites and around 300 people able to camp and caravan here on any given night, it’s not all cicadas and solitude. Which brings us back to the initial question – are national park campgrounds worth the money?

“Not much!” said Les when I asked his thoughts on those who believed the fees of $12 per adult were too much for a night at Illaroo campground. He highlighted Illaroo’s clean facilities, landscaped sites, onsite hosts and the proximity to an amazing beachside national park. Compared to the Teewah Beach campground in Queensland he pointed out, where fees are $6.35 per adult per night, but facilities are virtually non-existent, Illaroo was luxurious and excellent value for money. His final thoughts on the Sunshine State’s 15km stretch of open beach camping? “It’s a sewer.”

Despite the appeal of Teewah’s open camping area, located within one of Queensland Parks and Wildlife Service’s golden tourism areas, the Great Sandy National Park, it’s had its fair share of bad press. Overused and under-patrolled, the beach camping along here is wild in every sense of the word. Facilities, beyond a few bulk rubbish bins, are non-existent. With comparatively luxurious flush toilets and (untreated) water facilities located at Freshwater Campground a few kilometres from the northern most tip of the Teewah beach camping area, it’s a long walk for that habitual morning ‘think’ with the paper. Given its location within the heavily populated South-East Queensland corner and capacity for 2000-plus campers on any given night, hit the place on a holiday or long weekend and the last words coming to mind will be pristine, peace and quiet.

Twice a year the Sunshine Coast branch of the Surfrider Foundation holds a beach clean-up of 60km of coastline, including the Teewah stretch, where three tonnes of rubbish was collected in 2017 during one clean up alone. From human waste and hundreds of makeshift toilets to tents, sofas and general household rubbish, it’s obvious the QPWS has not kept up with the preservation of the area, nor have they the ability or resources to do so. Spokesperson for Surfrider’s, Craig MacIntyre, has only praise for the couple of rangers working this particular stretch of beach, stating they “do an amazing job with the resources and funding they have,” going on to suggest that funding cuts to QPWS have had a dramatically negative effect on the way the area is being dealt with. Ironically, despite the introduction of vehicle permit fees to access Cooloola Recreation Area in 2010, MacIntyre says traffic along the stretch of beach is only increasing, with the integrity of this pristine national park conversely declining.

So is the risk of E. coli poisoning, the snatch and grab method of finding a site and being hemmed in with thousands of others on an unpatrolled stretch of coastline at the low cost of $6.35 per person per night worth it? Or have we become so indoctrinated in the Nanny State that we need to pay higher fees to have officials onsite like that at Illaroo to monitor and safeguard national parks from our slovenly caravanning selves? Throwing a token couple of bucks into the coffers does not give us the right to do whatever we like to the detriment of a beautiful coastline like Teewah: we should, as purveyors of the outdoors, just pick up our rubbish and have some respect for our country and its national treasures. And to be honest, faced with the prospect of not having one at all, I’ll always be happy to pay for that drop toilet.