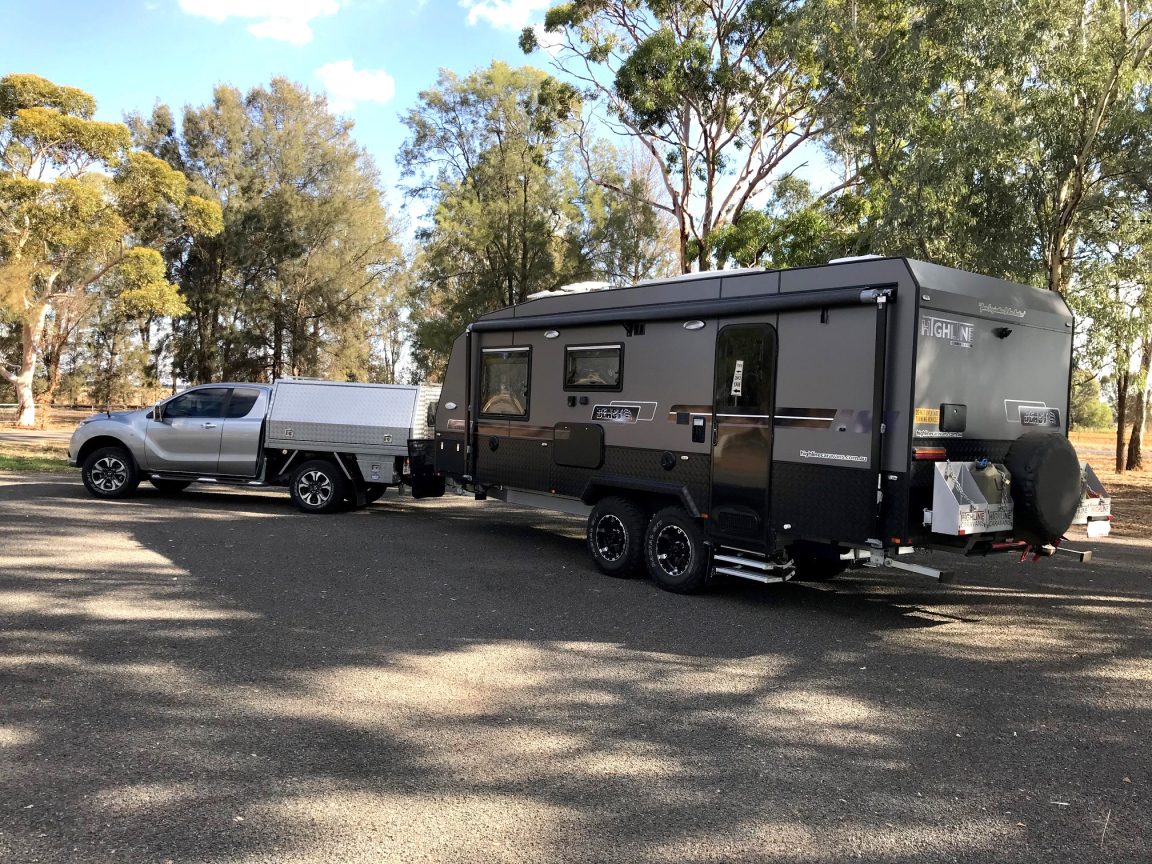 It’s an issue we’ve written about over and over, but some caravanners still need enlightenment. We ask a bloke who weighs caravans for a living how the numbers stack up when it comes to caravan weight.

Three years ago, Dave Lewis came up with the concept of Weightcheck, a mobile weighbridge service that makes it easier for caravan owners to check their weights. Weightcheck operates in Brisbane and on The Sunshine Coast and also has licenced operators on The Gold Coast and in Toowoomba on The Darling Downs west of Brisbane.

Dave takes us through some of the interesting facts and figures he has amassed during the past three years of weighing all sorts of wheeled contraptions.

“When I started the business, I had no idea it would lead me to where we are now. Initially, I thought I would only be weighing caravans, but it soon became apparent that tow vehicle compliance was equally important. The concept of Weightcheck was to provide a reliable, accurate and easily accessible service allowing caravan owners to check their weights at home. We also needed to provide a comprehensive, computer-generated report, and explain in detail the findings as well as helping the owners understand all the weight terminologies and acronyms.

We have a large, ever-increasing database that records every single weight we measure.  These statistics enable us to extract all sorts of information to try to ascertain where the complex issue of caravan weight compliance is headed. It also provides some very interesting technical data on a range of subjects, including towball mass and axle loads, and how it all works.

The caravan statistics show the percentage of caravans that have exceeded their Aggregate Trailer Mass, but remember to be compliant, the Gross Trailer Mass and Towball Mass must also be within their plated compliance ratings.

The statistics of vehicles exceeding their Gross Vehicle Mass paints an interesting picture when you consider the importance of GVM upgrades. The LandCruiser 200 Series is a fantastic and very popular tow vehicle. However, the statistics below show that the LandCruiser does have some issues when it comes to allowable payload and remaining under its GVM in standard configuration.

Think that’s bad? Let’s break up the numbers further. Out of the 23 vehicles that were under their allowable GVM, only three had standard suspension and the originally plated GVM. The remaining 20 all had GVM upgrades; food for thought there.

There are a large number of dual-cab utes on the market, so let’s look at how they fair.

This table comprises a combination of Ford Rangers, BT50s, and Isuzu D-Max that we have weighed in the past twelve months. The numbers show a different story, with only a small percentage recording a weight that exceeds their plated GVM.

The statistics show some interesting trends, but the weighing results also provide us with a stack of technical data that allows us to understand the dynamics of towing. Let’s look at towball mass (TBM), for instance. The TBM is included in the calculations of the caravan ATM and also in the GVM of the tow vehicle, so getting it right is most important.

The TBM must be measured at the caravan tow hitch, and with the hitch at the same height it is when attached to the tow vehicle, we call this travel height. If it is measured at any other height then the measurement will be inaccurate. For example, a recent test we conducted for a customer shows what happens to the TBM and the axle weights of the caravan when the hitch is raised and lowered.

When measuring the TBM 50mm lower than travel height, the TBM decreased by 22kg, the front axle got heavier by 130kg, and the rear axle got lighter by 108kg.

Similarly, when measuring the TBM 50mm higher than travel height, The TBM increased by 20kg, the front axle got lighter by 140kg, and the rear axle got heavier by 120kg.

Read Next Understanding the dynamics of towing: Nose weight

Read next: What your towball weight will cost you

Our weight reports don’t always give our customers good news, but at the end of the day, it is up to the owner to ensure their rig is legal. The most common comment we get is: “I can’t believe my caravan is over-weight, we don’t have much in it!”

Don’t forget, every item in the caravan and tow vehicle weighs something. Two water tanks and two gas bottles could be roughly 200kg. Then there’s knives, forks, pots, pans, camping gear, and let’s not forget the gear in the front boot at the bloke’s end. On that note, have a real good hard look in your front boot. There will be gear in there that you have never used. I was guilty of it, my wife called it The Bunnings Box, full of screws, nuts, bolts, eight screwdrivers, four shifters, three hammers, and just about one of every tool known to mankind.

The most important thing to remember is that you only have a limited payload to work with, and therefore you have to be very careful to pack items deemed essential for your travels. Take food and clothing, for example. I’ve done the exercise and when we have a long weekend away it usually equates to around 60kg. Throw in another carton of beer and two pushbikes at around 14kg each – roughly another 42kg, it all adds up.

How do you fix all this?

The most important point to the whole weight debate is that most of this is fixable. Firstly, look at reducing weight in both your caravan and tow vehicle, by taking out those items that are not essential, and believe me they ARE in there. If you are not convinced, use a set of bathroom scales and weigh everything you take out; you will be amazed at the results.

However, there are also ways to increase the payload of a caravan and tow vehicle. A Caravan ATM upgrade involves engaging a suitably qualified engineer to inspect the caravan and, if applicable, to provide a modification plate that increases both the GTM and ATM. Increasing the vehicle GVM also requires a modification plate and the fitment of aftermarket suspension upgrades.

No matter how much you read the theory, the practical exam is up to you. Take the initiative and check your weights to ensure you are legal. The responsibility (moral and legal) is yours, and you owe it to yourself and other road users you encounter to be at or under your legal weight limits.

Read next: Is this the most important court case for caravanners ever? 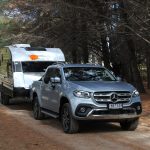 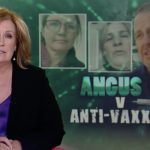