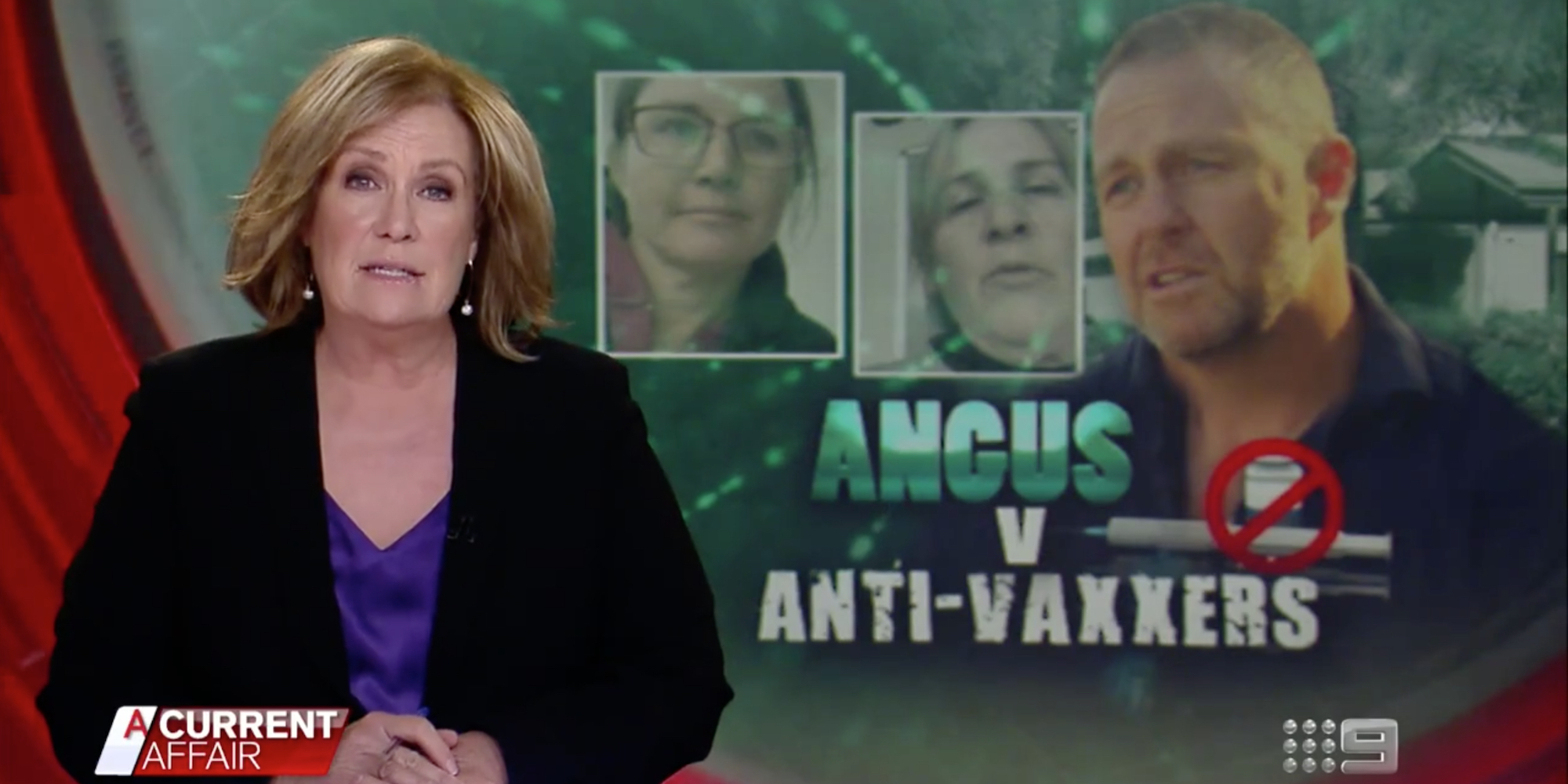 Occasionally, a story comes up on A Current Affair that raises interest. This is one of those. It was reported that a Caloundra caravan park evicted a bus and its occupants for attempting to run their anti-vax business from the site.

It transpires that the bus belongs to a group of anti-vaccination campaigners on a tour promoting their beliefs. Now, you may or may not hold with those beliefs but given the timing, in the middle of a global pandemic, where the world is desperate for a vaccine for COVID-19, it’s on the nose for many people. Not least of which, the park’s management.

A Current Affair reported that Angus Booker, the CEO of Caloundra’s Big4 Holiday Park, decided that this was out of order. Mr Booker reportedly provided a full refund and the bus-bound campaigners were asked to leave. Running a business venture from his park wasn’t on. You can imagine the reaction of guests and visitors, it’s not conducive to a relaxing time (amid the stress we’re all trying to escape) to have this hot message forcibly presented for public discourse!

Following the removal request, the anti-vaxxers then took to social media to try to smear the park for their ‘discriminatory treatment’.

The anti-vaccination stance is a dangerous message at the best of times, says the medical community, as well as the majority of the general public, but right now is particularly pointed.

Talking to the TV show team, Mr Booker said, “The same would go for any party, you know, if a political party turned up, if a radio station or any sort of enterprise turned up and just wanted to establish themselves in the park and run their business, you know, that’s not what a holiday park’s for.”

The park’s security camera showed the pair’s bus entering the caravan park after dark, following a late check-in after hours, with no contact with park staff. In daylight, it’s hard to miss as it’s emblazoned with the anti-vaxxer message relating to the US docu-movie Vaxxed, that toured here with this group in 2016-17.

The Vaxxed bus is the first of its kind outside of the United States. The group kicked off their tour back in July, starting in south-east Queensland, visiting 11 destinations including Caloundra on the Sunshine Coast.

It’s reported that the pair, founder of the group Meryl Dorey and its president Aneeta Hafmeister intended to make more videos within the park and that’s what further upset Mr Booker.

The anti-vaxxers have now started an online smear campaign against the caravan park and Mr Booker after he asked them to leave.

Given the situation the world is enduring right now, Mr Booker said, “I’m asking my staff to sort of implement, you know, good government health regulations and guidelines, so it’s just really difficult to see people who don’t believe in that sort of trying to have a go at us.”

“They started to sort of attack us on social media. They had a run at Facebook and our Google reviews and they were just leaving false reviews and saying quite, some quite terrible things about the business which is clearly untrue,” Mr Booker stated.

“They were going to be using the park to sort of host these people they interviewed. Once it became apparent that’s what they were doing … we had sort of quite a frank conversation with them.”

Unhappy with his decision, they hit back. In a video shared on social media, the founder of the group Meryl Dorey and its president Aneeta Hafmeister claimed they were asked to leave because of their campaign.

“The manager has asked us to leave because they do not agree with our politics,” the pair said in the video.

As far as Meryl Dorey and Aneeta Hafmeister are concerned about the situation, A Current Affair reported them as saying,”We have spoken with a lawyer this morning and we are considering taking an action… we’ll see whatever we can do from a discrimination angle,” they continued.

The medical community is alarmed by the message being touted at all, never mind in the current climate,

“I would like to see local government areas not allow this bus to be using public space to be spreading misinformation,” Dr Phelps concluded.

The group has been touring south-east Queensland since July and relies on donations.

Of course, the group’s supporters took to social media too. Via a personal account, this video has been circulating.