CAN FRASER ISLAND BE A CROWD-FREE OASIS? 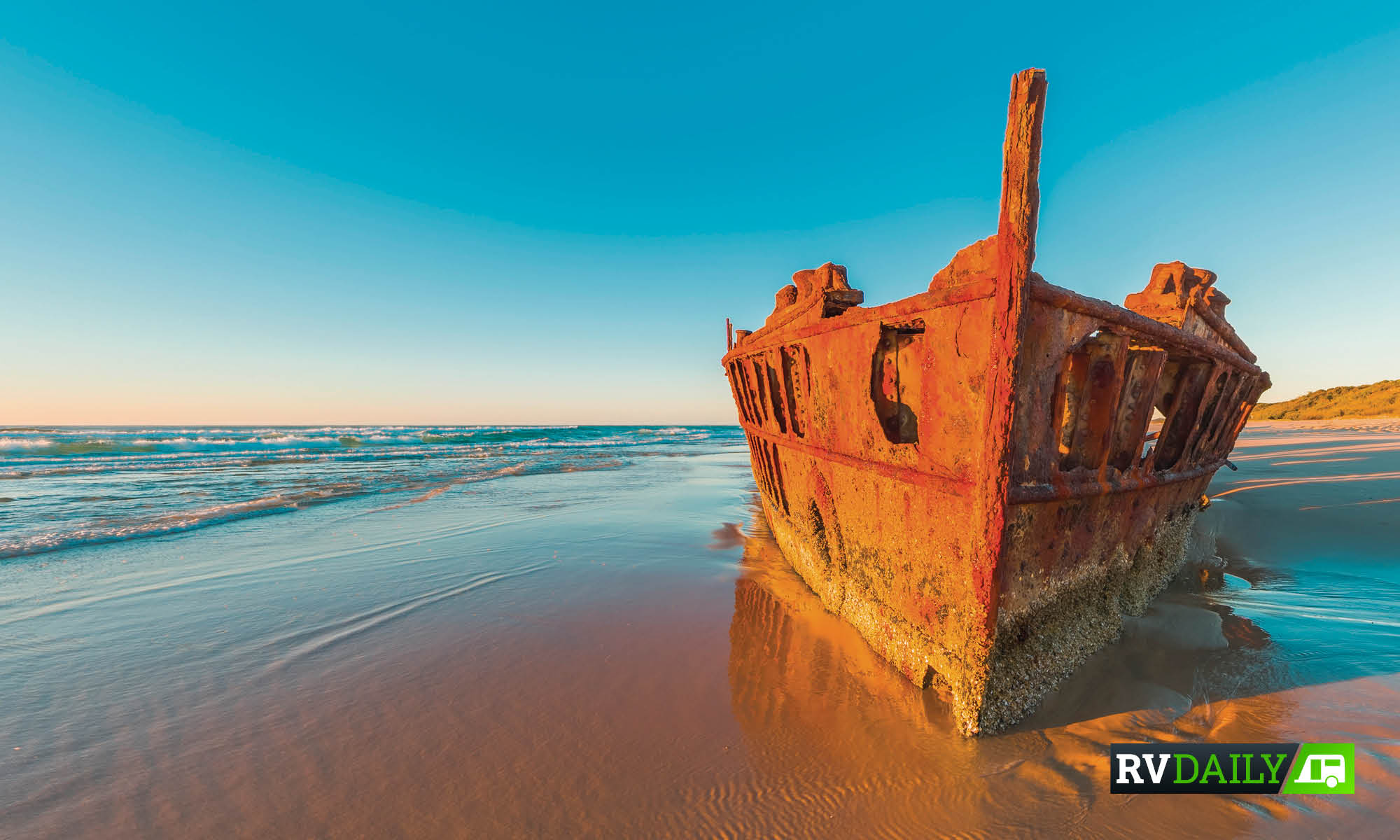 Fraser Island is chock full of sand, dingoes and … backpackers? Thankfully there are places to avoid at least one of these and enjoy this amazing area in peace

It’s no wonder Fraser Island is a jewel in Queensland’s already excellent tourism dossier. Not only is it World Heritage Listed, it’s also within day-tripping distance of Brisbane and a provider of Visit Queensland’s promotional golden triangle: sun, surf and sand. Unfortunately, the wonder of crystal-clear freshwater streams running straight onto open beaches, rainforests, scrub and diverse ecosystems all housed on the world’s largest sand island have ensured this section of the Great Sandy National Park is in danger of being loved to death.

Bus and tagalong tours have become de rigueur up and down its coastline and major sights such as Lake McKenzie, Eli Creek and Champagne Pools are regularly clogged with visitors. Open beach camping during holidays is several deep, the QPWS campsites are booked out and even during the quietest times of the year there are moments when a tranquil walk along a rainforest stream suddenly feels like dollar drinks night at a hostel bar. Fortunately, with a 4WD of your own and some sand-driving experience, it’s possible to experience Fraser Island without the doof-doof of Euro pop or the cheek-by-jowl-like accommodation of mainland caravan parks.

During summer’s February heatwave, we tripped over to Fraser Island for the week. We surmised that it would be crowded with people trying to escape the high temps in the cool waters of the island, but we were completely wrong. Entire camping areas, beaches and freshwater creeks were deserted: we’d picked one of the quietest times of the year. Conversely, visiting during school holidays or an official long weekend is tantamount to poking yourself in the eye with a sandy people-shaped stick repeatedly: you will not escape the crowds.

Other traps to look out for are tailor season when these excellent table fish descend upon the waters off Fraser to breed between June and October, though it’s the end of September you really need to cross off your calendar. The 30th of September heralds the end of fishing restrictions in place between Waddy Point and Indian Head (one of the most important breeding sites) with hordes of die-hard fishermen and women descending upon the area. However, it’s not just certain times of year you might need to avoid: particular times of the day present problems too.

While my husband went for a mid-afternoon fish, I decided to take the kids down for a swim in the relatively safe and beautiful waters of Champagne Pools, where waves crash over natural rock walls into the pools below, creating a spa like effect. On arrival, there was one other family in the water. Within five minutes though, a tagalong group and bus tour had arrived. Suddenly the pools were filled with GoPros, waterproof music docks and sunburnt individuals with foreign accents. When an American football almost flew into the side of one child’s head and I lost sight of the other behind an enormous inflatable unicorn, I decided it was time for the kids and I to get out and explore the rocks. Half an hour later a man in khakis and a sensible hat whistled from the top of the boardwalk to signal the tour was leaving and within minutes we had it all back to ourselves. Tour groups attempt to fit in many points of interest into one or two days, so the roving nightclub never stays for long: earlier and later times in the day are better for evading crowds.

In fact, avoiding Fraser’s ‘popular’ attractions in lieu of more remote or smaller ones can provide you with a much more pleasant experience in general. The remote north end of the island above Champagne Pools rarely sees tour groups and yet affords the same if not better pristine sights. Waddy Point has secret pools of tropical fish, Wathumba Creek is an oasis of wildlife and tidal changes while Platypus Bay is like something from a Maldivian brochure with its blindingly white sands and azure waters. But perhaps our greatest find on this trip was Wyuna Creek.

Having visited one of the most popular sites on the island, Eli Creek, where finding a park and floating down the board-walked water without bumping into others can be difficult, Wyuna Creek became an oasis. Barely signposted and granted, not as wide and grand as its southern counterpart, this freshwater creek comes with one exemplary feature: no one else. We walked carefully up the empty course, delighting in the cool, clear water and the curious fish doing a fairly poor job of hiding from us. We floated down and had lunch on the beach side by ourselves. No, there definitely aren’t four million litres of pristine fresh water pouring into the ocean every hour at Wyuna, but there certainly aren’t four hundred people either – win.

Spending the time and effort to 4WD into camping areas which are harder to get to will also ensure you aren’t listening to the next camp’s breathing patterns at night. Beach camping at Wyuna on the northeastern side is spectacular, with the little freshwater Akuna Creek to the south and excellent fishing on the beach. Over at Wathumba Creek on the western side of the island, a rough track leads to a gloriously small (if basic) camp area a fishing line’s throw from the creek’s bed. You may have to share the inlet with a few catamarans sheltering from the wind, but there’ll definitely be no tagalong-rowdy-bus-tour action over here. If you’re dragging children and a camper-trailer onto Fraser Island there are a number of fenced dingo deterrent options, with the top Waddy Point camping area in particular boasting great facilities and camper-trailer sites.

This QPWS National Park has an unbelievable concentration of spectacular sights which you should absolutely attempt to visit: the blue waters of Lake McKenzie, Central Station and its logging history, dark rainforests and crystal-clear streams, Lake Wabby gradually disappearing into the sand… After all, Fraser Island hasn’t been given World Heritage Listing for nothing – the place is spectacular – but enjoying it without the crowds is most certainly achievable.

Access: You’ll need a vehicle permit and a return pass on
either the Manta Ray barge at Inskip Point or one of the Fraser Island Ferries departing from River Heads .

Driving: There’s a reason why there are so many tagalong tours getting around Fraser Island: the driving is treacherous. Even seasoned Fraser goers get bogged sometimes! Completing a 4WDing course for beginners, moving around the island in a group and ensuring you have safety equipment like a shovel, snatch strap and recovery tracks is essential. It’s not a matter of if but when, especially when you’re towing a trailer.

Accommodation:  Is limited to tent camping, off-road camper-trailers, permanent tents or houses and resort-style accommodation. The vast majority of camping options are operated by Queensland Parks and Wildlife Services with facilities varying greatly between sites. There are six campsites with dingo deterrent fences: five QPWS sites and one at Cathedrals on Fraser, a privately run campground which has the only powered sites on the island. Generators are permitted on the open beach QPWS sites only.

Facilities: Expensive fuel and limited eye-wateringly expensive groceries and alcohol are available at Happy Valley, Eurong Beach, Cathedral Beach and Orchid Beach. Drinking water is available from a selection of QPWS sites (Central Station, Dundubara, Waddy Point ad Eurong) but all other water on the island must be treated before drinking.