If you’re new to driving a diesel engined vehicle or you’ve never heard of Ad-Blue before, you must read this to avoid making a very expensive mistake.

Gone are the days when you could pull into a petrol station and choose from just three types of fuel, leaded, unleaded, and diesel. Today, you can easily have six different fill nozzles all at the same bowser. You’ve got regular unleaded, 95 unleaded, 98 Hi-Octane Unleaded, E10 Ethanol Unleaded mix, Regular Diesel, and ‘Special’ Diesel. (Sadly, no Turbo-Diesel.) Well now, thanks to the ever-increasing need to reduce the particulate output of diesel engines, we also have Ad-Blue bowsers.

Ad-Blue is a chemical liquid that is injected into the exhaust system on many modern diesel engines to ‘clean out’ the emissions. It’s stored in a separate tank from the normal diesel fuel tank on your diesel car. Put this liquid into your normal diesel tank by mistake, start your engine and the results can be catastrophic.

It’s not uncommon to hear of owners of diesel engine cars putting the wrong fuel in by mistake but putting in Ad-Blue is virtually unheard of as the pumps for Ad-Blue are generally situated away from the other bowsers. That is, until now.

Spare a thought for the Rowley family who pulled up to a Shell petrol station in NSW to fill up their diesel Ford Ranger. After filling the tank with what they thought was diesel, they tried to drive off but unfortunately, the engine wouldn’t go. That’s when they realised they had filled the tank with Ad-Blue.

Now you may wonder how could someone make such a silly mistake. Well, just have a look at the photo of the bowser and see if you can tell which is diesel and which is Ad-Blue.

If you can’t tell, it’s the one on the left.

Yes, the fill nozzle is blue and the $2.34 per litre price should have been a warning sign but unless you have your wits about you, both of those could easily go unnoticed. The sign on the bowser identifying it as Ad-Blue is ridiculously small.

It serves as a warning to everyone, regardless of the type of fuel your engine takes, you really need to pay very close attention to ensure you are filling from the correct bowser.

The Rowley’s were fortunate that this happened a short distance from their home and it appears their insurance will cover the cost of repairs.

RV Daily would like to thank the Rowley family for sharing their experience in the hope that others may be spared this potentially expensive inconvenience.

The next round of tickets announced for Birdsville Races 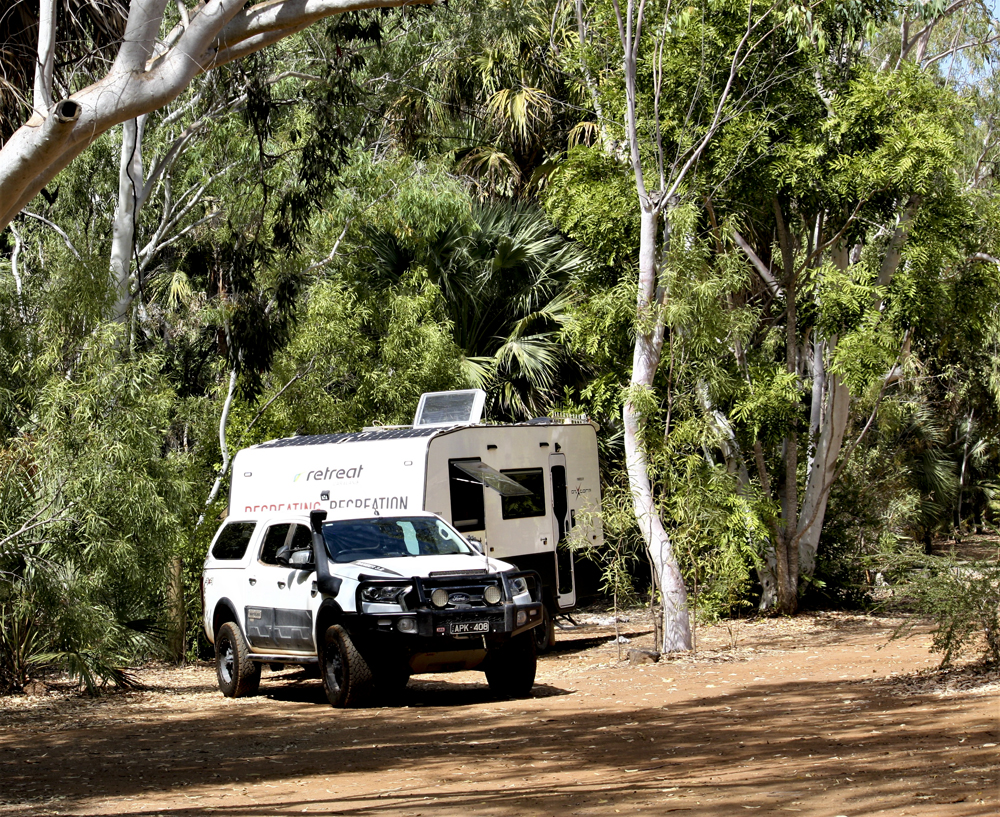