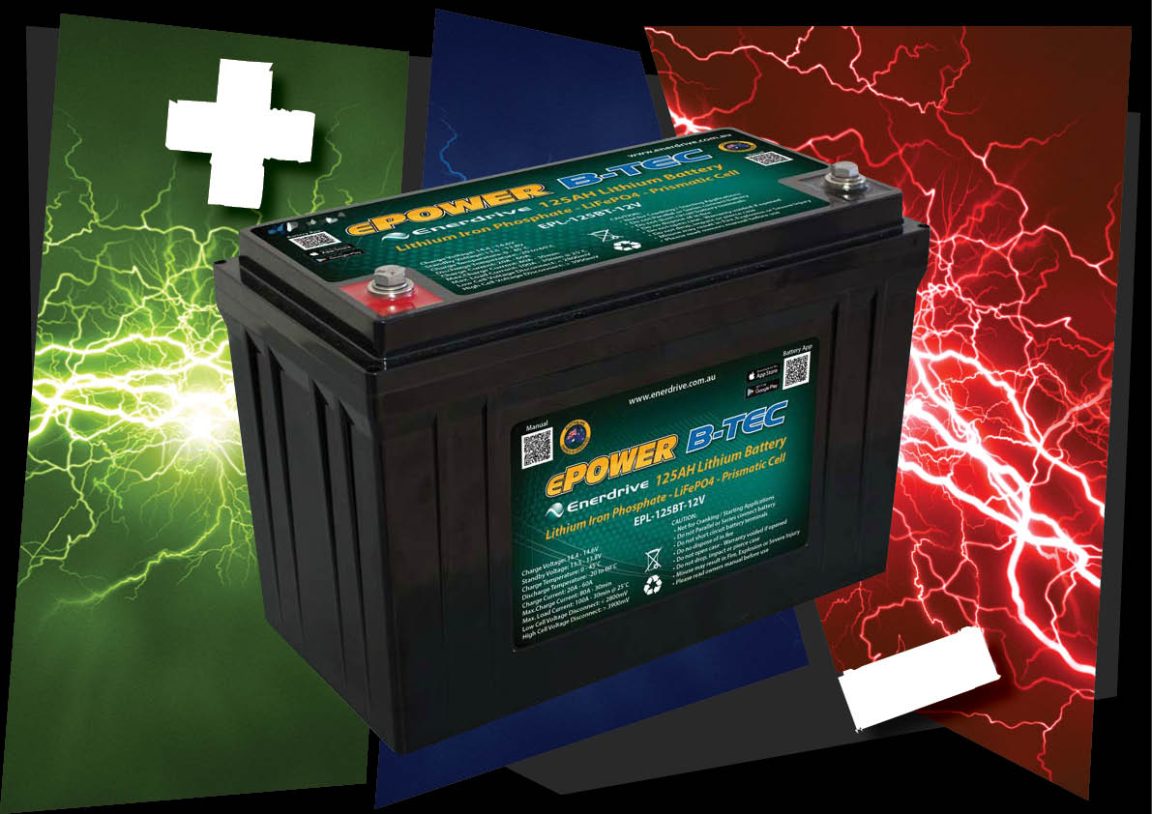 It’s flexible but expensive – is lithium power right for you? We run through 12 pros and cons of lithium batteries.

1 – ENERGY LEVELS
LifePO4 (lithium) batteries will release energy at any level required in RV use. Given adequate inverter capacity, virtually all your RV’s electrical appliances can be run simultaneously if needed. The amp-hour (Ah) capacity you require is that of the total amount of energy that you wish to store and draw from.

2 – SUBSTANTIALLY CONSTANT VOLTAGE
The voltage of all conventional deep-cycle batteries (as well as AGMs) constantly falls as they discharge. This is typically from 12.75–11.4 volts. The voltage also falls as load increases. Any LiFePO4 suitable for (and in) RV use, however, will provide the peak power required. It will also maintain substantially constant voltage regardless of the load. In practice that voltage is likely to be from 13.1–12.9 volts. Readers with a physics background will realise this provides a correspondingly higher output of about 10% (in terms of watt hours).

3 – SIZE AND WEIGHT
LiFePO4 batteries store three to four times the electrical energy of conventional batteries of similar size and weight. This is a major benefit for camper-trailers, caravans, campervans and smaller motorhomes: most have limited space and weight carrying capacity. It’s less of a benefit, however, for converted coaches. Most can readily cope with the weight and volume of a 400-750 Ah AGM battery bank that will easily cope with even major RV loads, and at well under half the price.

4 – LIFEPO4 BATTERIES ACCEPT EXCEPTIONALLY HIGH CHARGE CURRENT
While even AGM batteries are limited to about 25-30% of their capacity, LiFePO4 batteries can routinely accept 100%-200%. While handy for those of 100 Ah or so, the limitation (with RVs) will invariably be the charging source. A few 12-volt alternators will deliver about 70 amps, but the only realistic (but costly) way above that is via a 230-volt ac charger. Victron’s Quattro range extends to 100 amps or more (for around $5000) and can be run from a 230-volt caravan park supply. Or via a 2 kW Honda/Yamaha type inverter generator.

5 – LIFEPO4 BATTERIES ARE CLAIMED TO BETTER WITHSTAND ROUTINE DEEP DISCHARGES
If routinely discharged to 50% or so, conventional lead acid and AGM deep-cycle batteries have a typical lifespan of 500-600 cycles. Claims for LiFePO4 vary but vendors suggest about 2000 cycles if routinely discharged to a remaining 20%. This partially offsets their much higher cost.

1 – LIMITED DISTRIBUTION
While less of an issue in the large-scale solar area, LiFePO4 batteries suitable for RVs are stocked only by a few specialised battery vendors, and by some suppliers of battery charging equipment. There is a substantial lack of general expertise in this area – including by many auto electricians and battery vendors in general.

2 – PERFORMANCE REALITY CHECK
Exaggerated claims for performance are now less common, but unrealistic comparisons with AGM batteries are still made (particularly for large RV systems). For unbiased and knowledgeable advice talk to vendors who sell both LiFePO4 and AGM batteries (a few exist in Australia).

3 – PROPER MANAGEMENT
LiFePO4 batteries must have a management system. Unlike conventional batteries, LiFePO4 batteries must have their individual (nominally 3.2 volt) cells equally charged, and charge voltage and current kept within safe limits. This system may be built within the battery, be external – or not supplied at all. Without that system, the battery will quickly be wrecked.

4 – DISHONOURABLE DISCHARGE
LiFePO4 batteries must never be 100% discharged. Doing so may cause one or more cells to reverse its polarity. Some vendors claim this can be corrected. Others say it cannot.

5 – DROP-IN REPLACEMENT
Right now, no LiFePO4 battery (known to me) is literally a direct and universal drop-in replacement for existing conventional RV batteries. Some (such as Fusion) are close but cannot necessarily be relied upon to work safely with the existing charging system. When buying, purchase both the battery and the charger from the same vendor. Or have that vendor confirm in writing that the units are compatible.

6 – COMMERCIAL OR DIY?
LiFePO4 batteries with management systems from known vendors cost three/four times that of conventional batteries of similar (claimed) capacity. The (12-volt) types used in RVs typically consist of four cells in a common housing. These cells (and the obligatory management systems) can be bought for under half the price of fully-made up systems. Assembly requires expertise, but many seemingly do so successfully.

7 – LIFEPO4 PRICING CAN BE CURIOUS
Checking indicates that many seemingly identical products (badging apart) are marketed at prices that may vary three or more times. This is believed to be because some pass through several stages of distribution, with each adding a mark-up. (I cannot comment further re this). 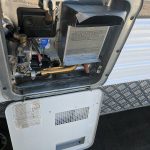 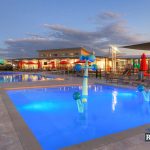