It’s how much extra per child!? How does zero sound? That’s right, if you’re travelling with your kids, then there’s a scheme that you can get behind and support caravan parks supporting you!

You will always find a very lively conversation around the extra charges for kids at caravan parks. In fact, this previously cheap way of taking the family away is now getting out of reach of many families. Hence the title – It’s how much extra per child!?

We know the travel outlook is skewed right now, and we’re not free to roam wherever we choose, but some people can still travel. With the school situation on the minds of many parents too, travel with children and an exit to the city-based confusion might be leading to intra-state based travel where permitted.

I’m Mandy from Travelling Australia With Kids (TAWK) and my mission is to make it cheaper for families that would like to take their kids on a trip of a lifetime.

I remember the first time I found out about the extra cost for kids when staying in a caravan park. We were two weeks into a lap of Australia with our three kids. Up until this point, we’d stayed in national parks and free camps. Spots without full amenities and now we really needed a freshwater shower. Not to mention how much washing needed doing. Cleanliness had taken on a looser angle these past weeks.

We decided to book into a caravan park. The kids were excited; bouncy pillow, pool. Hubby was excited; power, TV. I was excited; shower and able to do the washing (Mmmm maybe not as excited as the others!).

I’d heard that I’d need coins for the washing machines and I had gathered lots. At this point everything we owned had a red dust hue as did the kids! We were truly ready to stay in the caravan park. Oo, I thought I was.

What happened next is a bit of a blur, as the lovely lady behind the counter uttered the words that I’ll never forget:

“I’m sorry,” I tried to clarify, “we just want a powered site not a cabin.”

Someone coughed awkwardly at this point.

Not sure if it was her or me.

I think it was hubby that made the next move as I just heard lots of coins being counted out. My coins. My washing machine coins, my main reason for being there coins. Now paying for the stay coins!

How is this possible? $90 per night to stay in our own caravan. I was horrified. I understand that we would use more water – well, tonight anyway for the showers, but $45 extra water? Power? Nope that would be the same. Upkeep? Maybe, but we were only planning on staying three nights. $270 for three nights, $630 for the week. It would probably be cheaper to rent an Airbnb for the week! We only have three kids – imagine having more!

We needed to rethink this trip, we hadn’t budgeted for this. After speaking to other travellers, it turns out that this was normal. Some had paid up to $20 extra per child, with the average between $10 and $15.

Now I know that the caravan parks need to make money, but I couldn’t help but look around at how empty the park was and wonder how many other travelling families were looking for the local swimming pool/community centre for showers, laundromats for their washing and heading to the nearest free camp. Because that’s exactly what we did the next day. I thought, there must be another way.

The idea for the TAWKer Supporter program began; we ask caravan parks and camping spots to offer at least two night’s free camping for kids. It’s aimed at families who travel all year round, not just at peak holiday periods. Instead of families staying at free camps or parks that do charge for kids, they’ll stay with them. And use their washing machines! Pretty much making up for any lost revenue with our family loads. Not to mention if the park has a shop selling ice cream selling essentials or icy poles – you’d be surprised how much we’d pay for a few minutes of sucking silence!” It’s a win win! They support us, and we’ll support them. Simple as that, as simple as … camping!

We’ll get TAWKers there and parks can up-sell them and keep them there – simple.

If you are a park owner, please join up. Instead of that Wednesday late June when your park used to be empty, you may just have a tribe of TAWKers settled in AND queuing up to use your washing machines.

Make a difference and help make it more affordable for Australians to travel our amazing country with their kids. It’d be un-Australian not to – surely?!

Here’s a comment from Lee, manager at Ivanhoe Village caravan park “Thank you, thank you, thank you, for your perseverance in convincing me to be a part of the TAWK Supporter Program as we have been blown away with the families that have come to stay with us and the amount of your members that are travelling. Wonderful to have all these families stayed with us and hear their stories of travels and adventures.”

We have, at the parks requests, introduced the TAWK Membership Card to recognise travelling families and it’s a lifetime membership, so no annual renewals, just the life of the card (so don’t lose it!) and have over 100 TAWKer Supporters throughout the country, from Farm Stays to Resorts, which is fabulous! 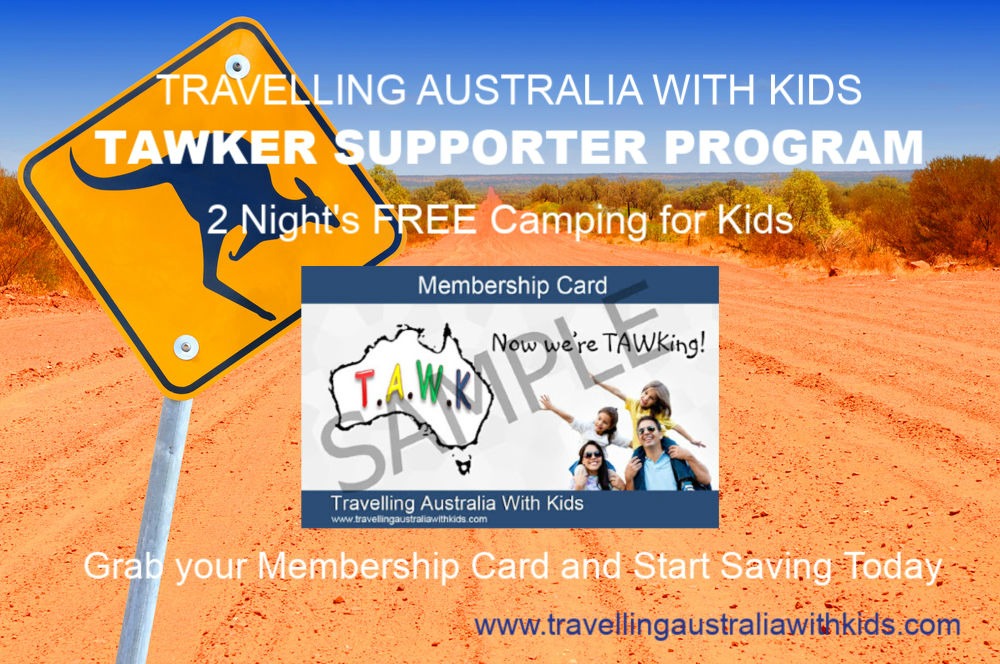 We also have TAWK Ambassadors out there scouting for parks that would be a great fit for TAWKers. In fact, one of our keenest recruiters is Liam from Four Hands and a Tin Can. At 14 years old, he approached us to ask what they could do to get the movement happening and we have signed up parks on his recommendation.

If you are travelling Australia with your kids, please join us. Tell the parks about the program, tell them how they could benefit from families staying with them all year round, not just at school holiday periods. Help us to help you. 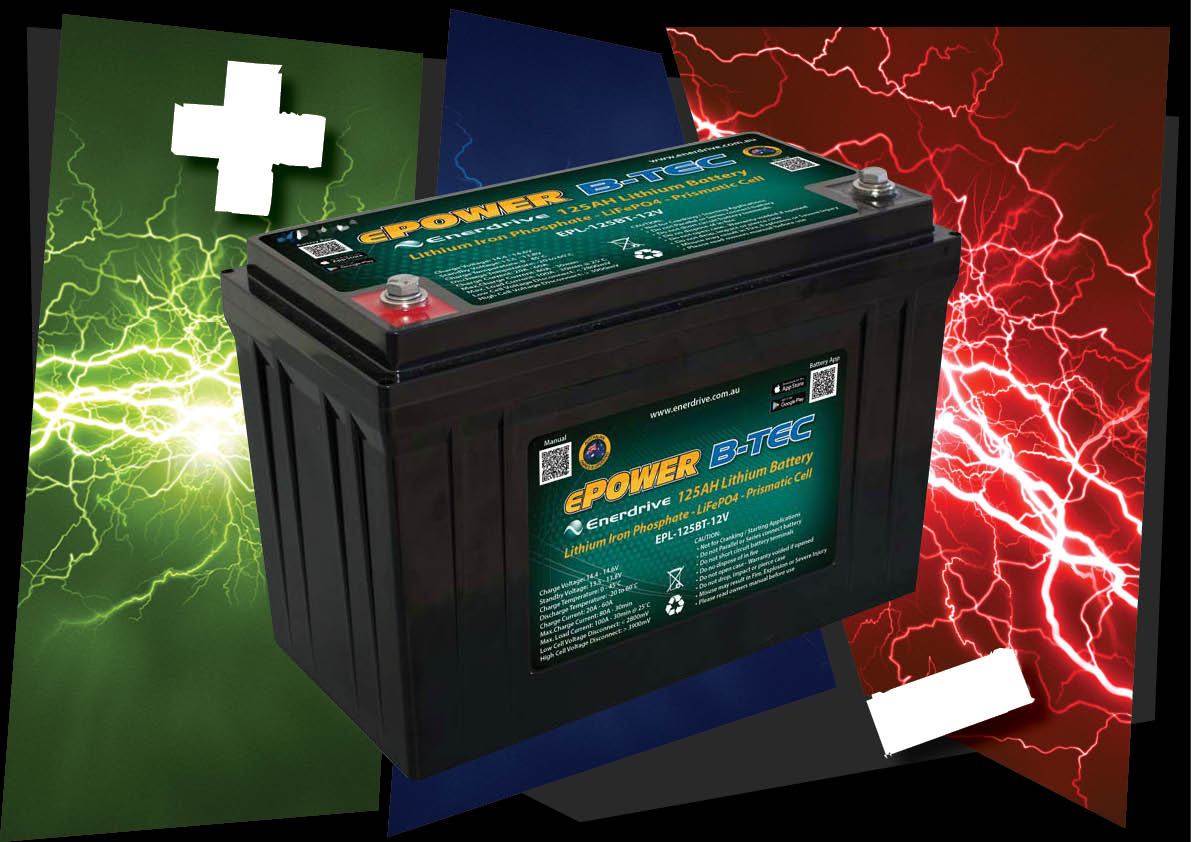 12 Pros and Cons of Lithium Batteries 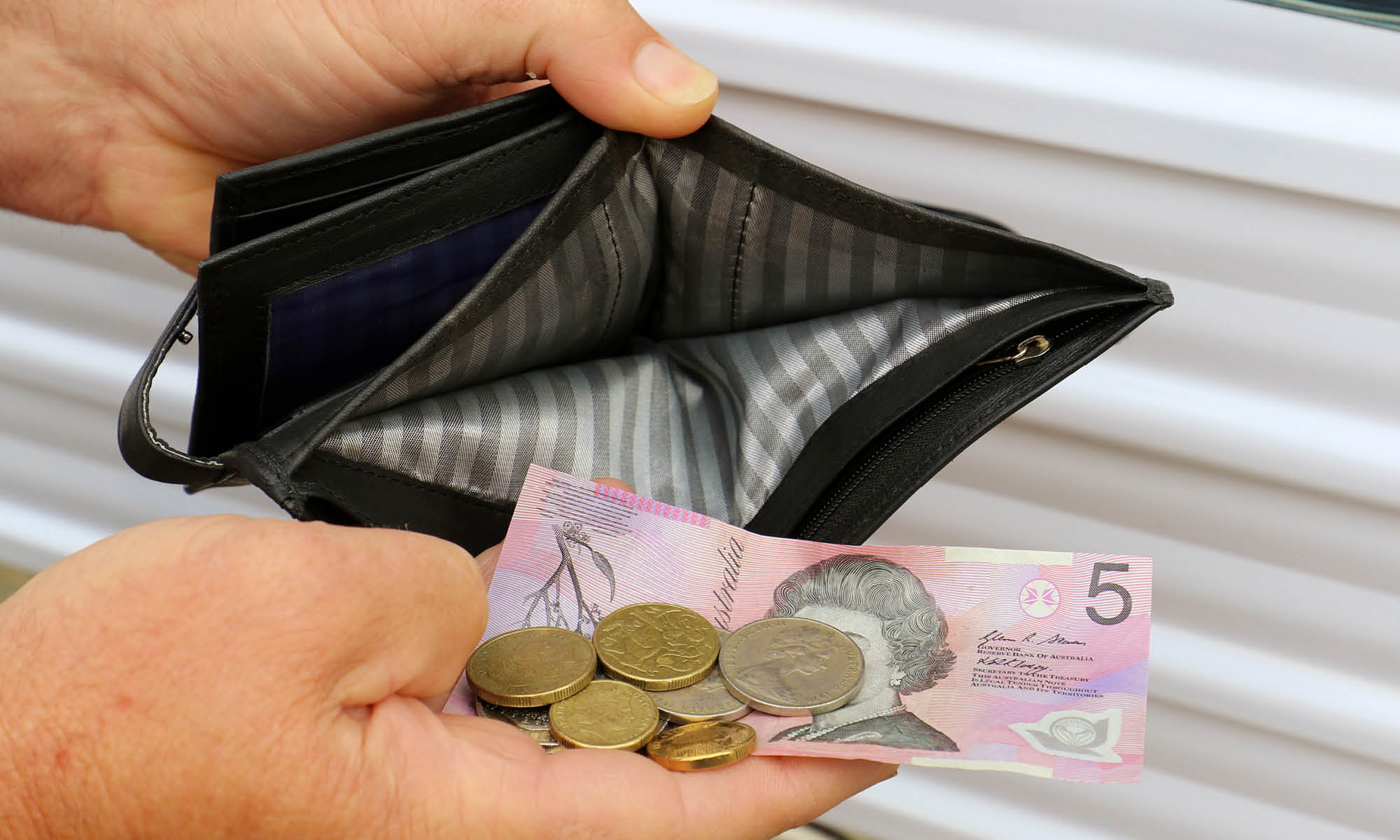 Money-saving lessons from a tight-arse traveller