When a region such as Western Australia’s Coral Coast has warm sunny days throughout the year, that can only mean there’s loads of sun-loving fun to be had. Then add into the mix some magnificent beaches, rugged coastlines, breathtaking gorges, 4X4 tracks, and some of the best natural attractions on offer in the state, and this place can only be described as an adventurers’ paradise.

So with a holiday destination as good as this, how do you fit it all in within a couple of weeks? Well, the short answer is, you can’t. For this trip we decided to keep to the coast, spending as much time doing water-based activities as possible… and ticking off some bucket-list items along the way.

CERVANTES
Starting our adventure at the Coral Coast’s southern end, we pulled into the quaint fishing village of Cervantes – less than two hours’ drive north of Perth. Don’t let its small size fool you, as the beautiful beaches and other surrounding natural attractions make this the perfect place to base yourself. One well-known attraction we visited not far from Cervantes was the spectacular Pinnacles Desert located in the Nambung National Park.

Here, the numerous striking naturally-made limestone spires are dotted around 190 hectares of the park, and the four-kilometre circuit provides an opportunity to walk or drive through the spires (many of which dwarfed our 4X4 in size). The light does wonders early in the morning or late in the day; so if you can plan to visit then, you’re in for some sensational landscape photography.

GERALDTON
Travelling further up the coast, the beautiful beaches give way to a wild and rugged coastline with 100-metre cliffs that drop into the Indian Ocean. This coastline has a dark shipwreck history, so swing by the Geraldton museum to learn about the area’s maritime legacy. The museum provides a fantastic insight into wrecks like the Batavia which dates back to 1629, and we quickly learnt just how unforgiving the coastline can be. While you’re at the museum, make sure you allow time to watch the films on the German raider Kormoran and HMAS Sydney.

KALBARRI
No doubt a highlight of the Coral Coast region is its huge diversity, especially when you can be chilling out at the beaches by the Indian Ocean one minute, and hiking through one of the national parks close by the next. Kalbarri National Park is a classic example, with its Murchison River creating a breathtaking gorge that can be seen from various lookouts. Nature’s Window is a major attraction, with photos taken here adorning pretty-well every visitor’s photo album. By now, you’re probably worn out from all that bushwalking – so head back to town and join a Murchison River sunset cruise for a completely different perspective of the gorge.

If you’re like us and travelling from the eastern States, you’ll appreciate the sensational Western Australian sunsets here… especially when you’re able to see the sun dip into the Indian Ocean all along the coastline.

DENHAM AND SURROUNDS
We’d been looking forward to our next stop at Denham for ages. We aimed to spend a few days looking around the area. Having first visited here more than 20 years ago, the thrill of being close to dolphins again at nearby Monkey Mia was still as exciting for me now as it was back then. Allow plenty of time to park and make your way to the beach. The opportunity to feed the dolphins is a very popular attraction. Whether you’re one of the lucky ones to be volunteered to hand-feed them, or even just an onlooker, it’s a fantastic experience for all.

Shell Beach is located less than an hour from Denham. If the stunningly beautiful turquoise waters of the area aren’t enough to excite you, the stark contrast of a beach full of snow-white-coloured cockle shells will be. With seawater salinity levels here exceeding those of regular beaches, this area has been the perfect environment for cockles to flourish. But it’s not just cockles that like this environment. A little further around the bay at Hamelin Pool lie the world’s oldest and largest living fossils, called stromatolites. Living marine microbes have slowly built the stromatolites which are up to a metre in height and can be easily seen from the boardwalk provided.

CORAL BAY
We had a very special date in Coral Bay. We’d planned to tick off a long-standing bucket list item – swimming with manta rays. Naturally, it can be a little disconcerting swimming in water where anything that’s bigger than you will normally eat you – but our tour with Coral Bay Eco Tours was simply amazing. Some of the larger rays (don’t worry, they have no stinging barbs) sported four-metre ‘wing spans’. They swam underneath us doing ‘loop-the-loops’, all the while feeding and filtering the plankton with their metre-wide mouths open. They seemed to be quite relaxed with our presence.

EXMOUTH
Our Coral Coast adventure was far from over, as we were still to visit the town of Exmouth and the nearby Cape Range National Park. Having a penchant for Australian lighthouses, our first stop was a visit to Vlaming Head Lighthouse which overlooks Lighthouse Bay. Dating back to 1912, the lighthouse might no longer be in use but the views from here (and the structure itself) are sensational.

We’re just a couple of adventurers at heart, so there was another reason we were visiting Exmouth. If you’re visiting during March to September as we did, take one of the fantastic day tours and swim with the largest fish in the sea – the whale shark. Nothing really prepares you for how big these creatures are until you’re in the water with them…
at which point the adrenalin well and truly kicks in.

Somehow you find yourself swimming like you’ve entered the Olympics’ 50-metre freestyle race, madly trying to keep up with these graceful creatures. I’d be lying if I said it was easy – but what a buzz! This was a fun-filled, adrenalin-pumping tour with long-time tour operator Three Islands Whale Shark Dive. They had us swimming with four whale sharks during the day.

CAPE RANGE NATIONAL PARK
To split our trip between caravan park stays and camping, we headed into the national park for a few days. While there’s a number of campgrounds available, we chose the Lakeside campground for our visit – its location right next to the beach was a huge drawcard, with the reef close to the shore making it perfect for snorkelling.

Before losing ourselves in water-based activities, we swung by the Milyering Visitors Centre to learn more about the national park and its attractions. At the southern end of the park, we found the one-hour cruise between the high walls of Yardie Creek Gorge to be informative; and it provided an opportunity see the rare black-footed wallaby feeding along the gorge walls.

Back at camp, we learnt that strong water currents prevail… something to consider if you’re travelling with children. We used the current to our advantage by walking one kilometre up the beach before entering the water to reach the reef, which was surprisingly close to shore. This place must be the west’s answer to the Great Barrier Reef! We allowed the current to float us back towards our camp to conserve our energy, while observing loads of fish, stingrays and magnificent corals.

Returning to the campground early afternoon, we found the other campers packing up. We quickly realised that the lake opposite the campground was overflowing and beginning to fill the campground, with the water coming perilously close to our caravan. The ranger visited and explained that a king tide was scheduled for the following day. The campground was closed and we needed to vacate.

This time of year is perfect to get out and explore the Coral Coast. Whether you’re into nature, bushwalking, fishing, food or history, you’ll find it hard to run out of things to do and see. And if you’ve jam-packed your stay with so many activities that you feel wrecked (like us), you might just need to head back home for that holiday!

Destination Details
WHERE: WA’s Coral Coast starts 200km north of Perth at Cervantes, and runs 1100km north to Exmouth.
BEST TIME TO TRAVEL: The region has a warm climate all year round – we encountered days in up the upper 30s around Coral Bay and Exmouth during March, while other months are cooler. Popular times to visit are March through to October, so if you’re planning a wildlife tour of sorts it’s best to do your research and book beforehand to avoid any disappointment.
PLACES TO STAY: A range of accommodation options are available – caravan parks can fill up quickly, so book ahead. Station stays are also popular, as are the numerous national park campgrounds.
THINGS TO SEE AND DO: Sandy Cape (4X4 required); Stockyard Gully National Park (4X4 required); kayak in the Francois Peron National Park; sand-board at Dongara; enjoy the 360-degree views from Shothole Canyon; take a day tour of Dirk Hartog Island; check out the blowholes and the Quobba coastline near Carnarvon.

PERMITS:
Visiting the national parks along the Coral Coast means you’ll need a park pass. Day passes for each park cost $12 per vehicle, which can quickly add up.
Purchasing a Holiday Park Pass for $44 per vehicle enables you to visit as many parks as you wish for any four-week period.
The passes are available from the DPWS offices and the major tourist information centres within the region. 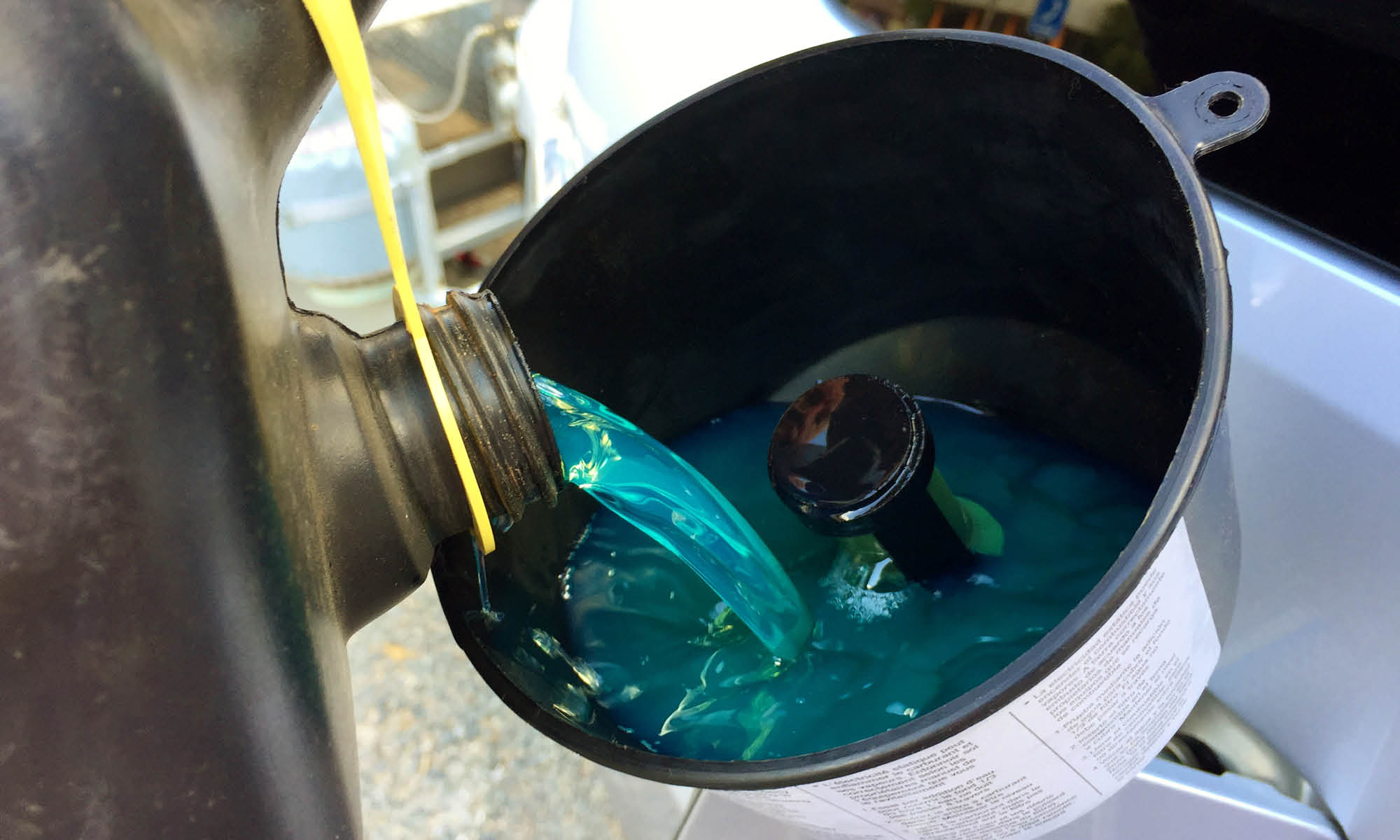 Tips to get the perfect rack