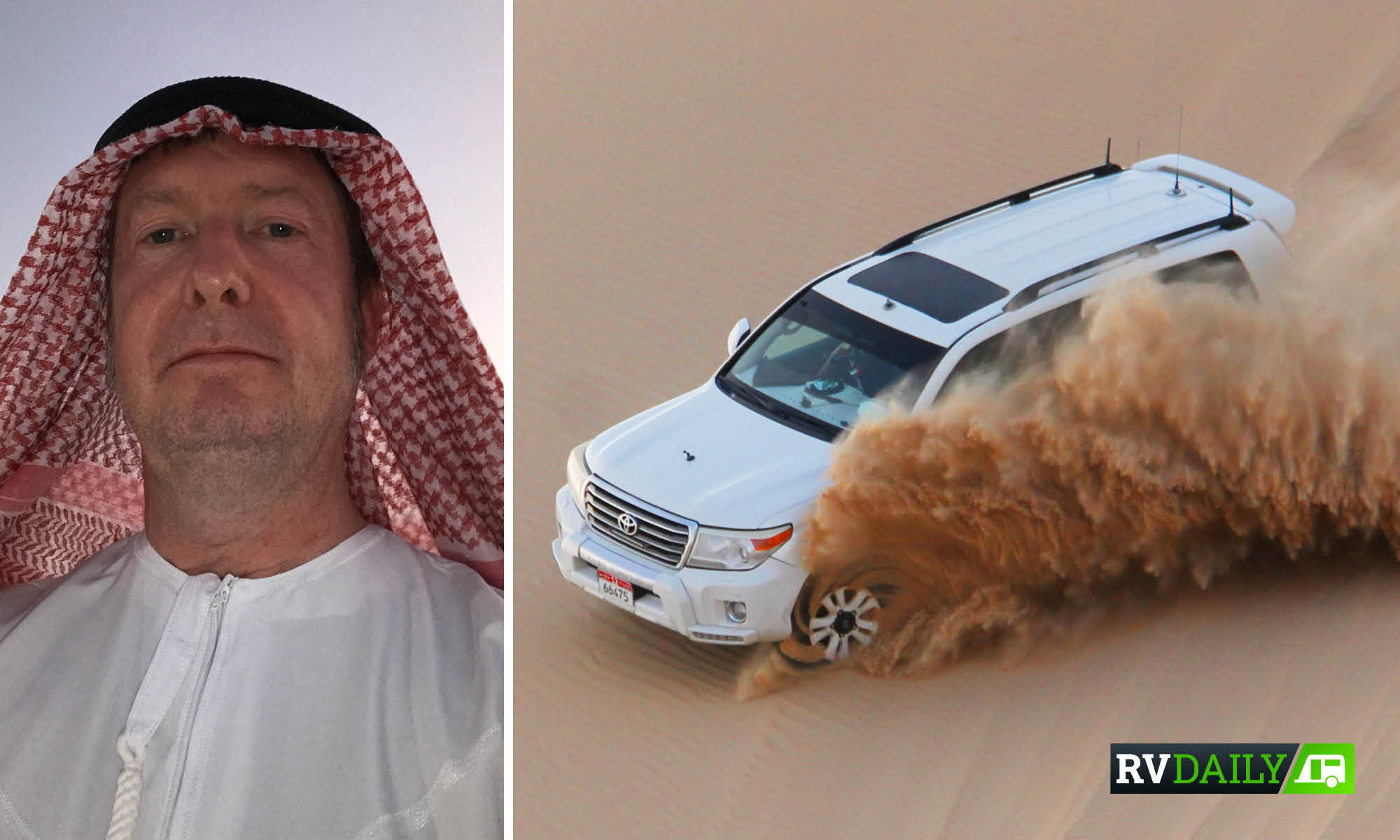 This month sees me away from home. Currently I’m in Abu Dhabi, in the United Arab Emirates, en route to the UK. So my page has taken a little Arabian theme, and as you can see I’ve definitely entered into the spirit of things. It’s certainly warm here, although I left Sydney noticing the weather reports forecasting a 40-degree weekend in and around the New South Wales’ capital. I don’t know if that was realised but here, where I have spent the day at Yas Marina, home of the Formula 1 Grand Prix, it’s been mid-forties. So the water theme park seemed the ideal place to cool off on the super-fast water slides. I got a little competitive on a four-lane slide ‘race’. Broke my 11-second downhill record (set in the first race) recording a 10-second victory – eat that kids!

However, while I haven’t clocked any caravans in the brief stopover, it’s phenomenal the number of four-wheel drive wagons: LandCruisers, Lexus, Infiniti and the big V8 Patrols that prowl the highways. I say prowl because it’s a territorial game they play, and the speeds, as well as the stakes, are high.

We have been out tonight in a V8 200 Series and our driver Imad – he pronounced it as I Mad, just to clarify – wasn’t hanging around, but we were constantly shovelled out of the way by higher-speed wagons. But it’s not aggressive, usually; they all know what’s going on (I think) and they all comply.

We left the bitumen to hit the dunes, and the large group of Cruisers and Patrols were very well piloted – to the delight of the occupants – with a deft display of dune driving that was all very thrilling. And it’s obvious the scale of the market available to the manufacturers here.

In Australia, you’re lucky to see a Y62 Patrol, but here they number highly as they make sense in a land of cheap fuel and wide open (and very fast) spaces. There’s a lot of gloss here.

Keep an eye on the RV Daily Facebook page, I will try to post stuff that’s worth sharing. The UK is much more caravan-centric, and I am sure to come across interesting items.

I hope you enjoy the issue, and I will catch up with you all again next month.