We’ve probably all seen a van being towed by a vehicle with its nose pointing to the sky, a sure example of dangerous sway and/or loss of steering control just waiting to happen. Even though that’s increasingly rare, rig balance remains a crucial element of the towing equation. Time to use a weight-distribution hitch? Hold on.

Too much towball download puts extra weight onto the rear axle and – the crucial point – removes too much weight from the front axle. This is dangerous on two fronts; firstly, it reduces the rig’s balance, making dangerous lateral movements (sway) more likely; secondly, it reduces the ability of the front wheels to steer effectively. You also risk exceeding the tow vehicle’s rear axle load limit.

To show how more balanced payload storage can make a big difference, we loaded up 80kg of gear in a caravan’s front boot and 40kg under the front bed. Then we redistributed 80kg of the load from the front tunnel boot to over the axles, and gleaned the Towball Mass (TBM) and wheelarch measurements in each case.

Storage in most caravans is not ideal; they don’t have adequate storage provision for heavy gear in the best spot for it to achieve good balance: over the axles. Most vans have their storage up the front.

When shifting gear to over the axles, we could only store some bulky items in lockers under the dinette seats; the rest we packed in the floor area of the dinette and the centre walkway. If you’re going to do this, you have to make sure that the load is secure and that cabinet surfaces are protected.

Measuring both the tow vehicle’s unladen and hitched-up front/rear suspension rise/sag is vital for working out good rig balance. You’re looking for a front rise/rear droop of about 25mm maximum to not affect balance.

Height measurements were 752mm/775mm front/rear with the MU-X unladen. With the majority of the load up front in the tunnel boot, the MU-X rose 18mm at the front and dropped 50mm at the rear compared to unladen measurements. With the load redistributed, the front was 14mm higher, the rear 35mm lower.

The interesting thing to note is even with the load poorly balanced, the front rose just 18mm – well within the 25mm guidelines. However, the rear droop was significant, even with the load shifted back towards the centre of the van.

A weight-distribution hitch (WDH) consists of a unique towball mount, two spring bars and A-frame bracket attachments. The spring bars attach to the ball mount and are tensioned on the brackets via chain links, with the brackets secured on the A-frame. A WDH is designed to transfer the weight from the back of the tow vehicle to the front, to improve weight balance. What a WDH does not do is reduce towball download.

First, level the van unhitched and measure coupling height. In the case of the Eaz-Lift WDH used here, you have to set-up the hitch higher than the coupling by 3mm for every 45kg of TBM. In this case, with 240kg TBM, the hitch needed to be 16mm higher than the coupling. WDH tongues usually have a series of mounting holes drilled into them, so it’s just a matter of setting the towball plate to the correct height on the tongue (or as close as possible). The ball mount angle is also adjustable: you want the spring bars to be hanging at an angle of about 10 degrees with the ball mount set at an angle of 6-8 degrees. Hook up the van to the vehicle.

Then you hold the spring bar chain vertically to measure where you need to seat the brackets onto the A-frame. Secure the brackets’ set screw finger tight plus a quarter of a turn with the locking bolt.

Now it’s time to tension the spring bars. Lift the rig up on the van’s jockey wheel to higher than level – it’ll make the job much easier. Then you need to estimate how many links of the chain you need for the correct tension – here we used five links.

The result of fitting the WDH? Measurements were 8mm higher at the front and 20mm lower at the rear – well within the 25mm guideline.

The spring bars need to be lubricated each day at their pivot point (where they are fitted to the hitch) and the use operating instruction (which, unfortunately, few caravanners adhere to) is to release the tension on the spring bars when driving over steep driveways, wash-outs or deep spoon drains.

While you can use a WDH on a fairly level dirt road, it cannot be used off-road – the typical undulating bush track will cause the spring bars to transfer too much tension on the tow bar and vehicle chassis.

Correct caravan balance should reduce the need to use a WDH, but if you have to use one, make sure it’s set up properly. We hope this article has answered the often-asked question about how and when to use a weight-distribution hitch. 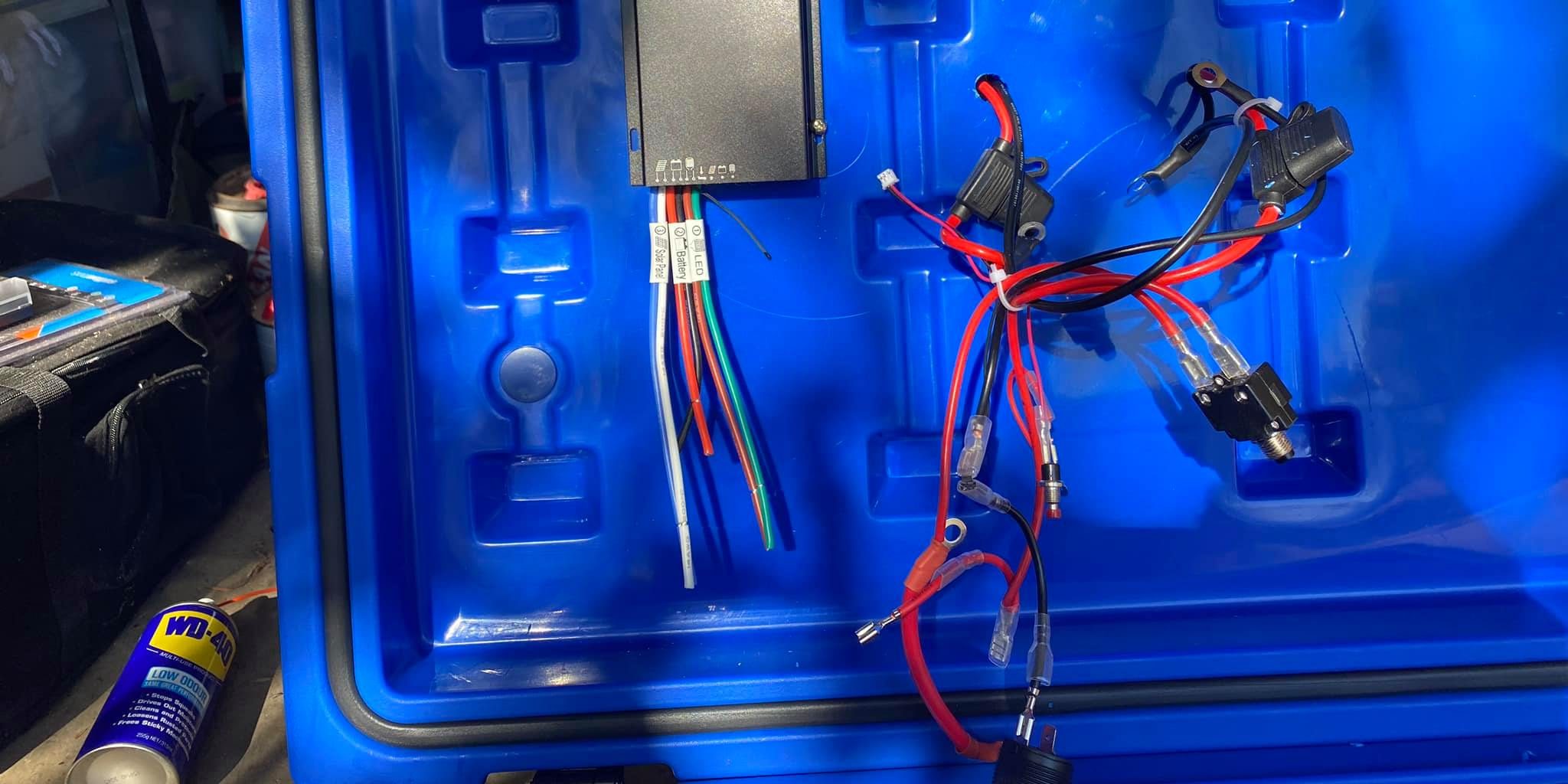 Build a battery box wrong, and it becomes a hydrogen bomb! 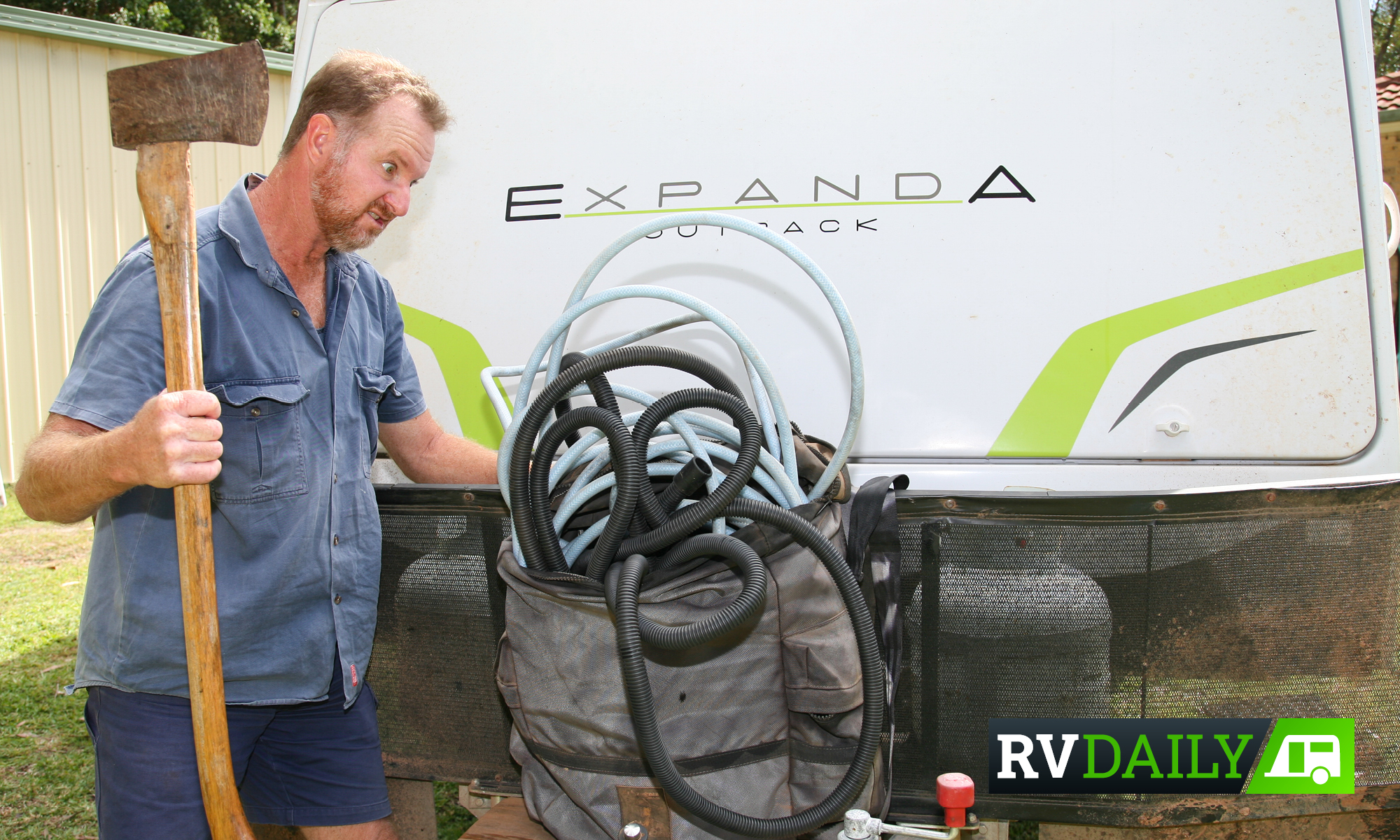