TOW POWER: IT’S NOT JUST MILK THAT COMES IN 2 LITRES 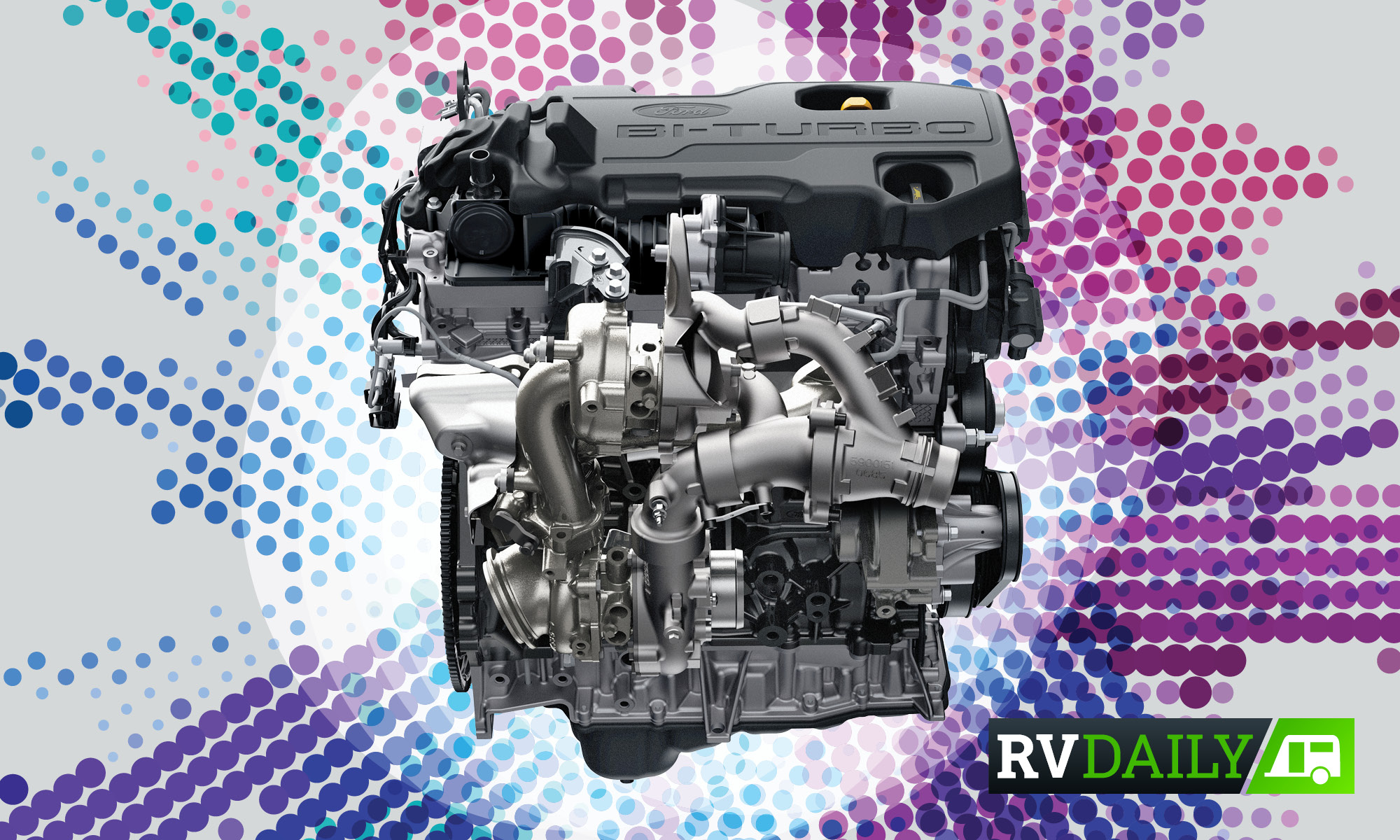 Douglas Adams can explain why small engines shouldn’t worry you

It may be strange to start off a technical explanation with a quote from the author of The Hitchhikers Guide to the Galaxy, but it’s absolutely relevant to the story. Here’s Douglas Adams:

1. Anything that is in the world when you’re born is normal and ordinary and is just a natural part of the way the world works.

2. Anything that’s invented between when you’re fifteen and thirty-five is new and exciting and revolutionary and you can probably get a career in it.

3. Anything invented after you’re thirty-five is against the natural order of things. ”

I am now going to take three guesses about you, dear reader. One; you’re wary of engines smaller than three litres in vehicles like 4X4s that (claim to) tow up to 3500kg. Two; you’re over 35. And three; you reckon that a 2.0-litre diesel engine producing 39kW and 118Nm is pretty pathetic.

The fact is that car engines have had a simply incredible amount of research and development thrown at them for over 100 years. That is why power per cubic centimetre of capacity has increased dramatically, and Land Rover’s current 2.0-litre diesel generates 132kW and 430Nm. There’s no need for a 4 or 5L V8 these days, but the shift to smaller engines concerns a lot of people. Here’s a typical worry from an RV Daily reader: “… most of these 4WDs have smaller engines, 4 and 5-cylinder. What I would like to know is how do these 4WDs with the smaller engines stack up against the V8 power and more importantly, longevity? Can these smaller motors continue pulling a reasonable size van day in and day out? Will they last the distance going to the remote corners of Australia and still come back? I understand that they have lots of torque, but they still have only four or so cylinders. Yes, I know I will save fuel when not towing, which is important. A big V8 will basically keep going if looked after but will use more fuel.”

The short answer is yes, those small-capacity vehicles do indeed stack up against V8 equivalents.

First off, let’s look at transmissions, not engines. The power/torque figure of an engine is just one consideration; it’s what’s delivered to the wheels that’s important. Today’s cars have between six and 10 fast-shifting, computer-controlled transmission ratios, and are designed for minimal energy loss with features such as quick-acting torque converter lockups. Compare that with a slow four-speed automatic that is only too happy to jump out of top gear and sap precious energy somewhere between third and fourth, heating the transmission fluid as it abuses the torque convertor. Basically, if you ever connected a modern automatic transmission to an old engine it’d suddenly feel like the car has way more power and torque than it can actually produce. Think of riding a single-speed pushbike compared to one with even three gears.

The second reason “small” engines work is because of the huge advances in technology. Those two early examples from the ‘50s and ‘70s did not use intercoolers nor turbochargers, yet you won’t find a diesel without either today. I’ve never heard anyone worry about the fact their diesel is turbo-intercooled … probably because most people have always known diesels as such, so Douglas’s Rule 3 doesn’t apply. Yet back in the day, I’m told there was considerable angst about turbos.

Everything about engines has become vastly more efficient. Today’s turbos are carefully designed and computer-controlled to maximise efficiency; turbos are no longer a simple turbine but can be sequential, twin-scroll, twin, variable geometry or a combination of the lot, and there’s other designs I’ve not even mentioned. As an example, here’s how a twin-scroll turbo works.

Turbochargers work by spinning a fan (turbine) in the exhaust gas, which drives a compressor that forces more air into the cylinder, so you get a bigger bang and more power. But the cylinders in an engine do not push out a steady stream of exhaust gas – it’s more like a pulse as the piston goes up and down. To make the engine run smoothly, each piston in the cylinder is set to run at a different cycle so they produce power and exhaust at different times.

This uneven cycle means that as one cylinder is finishing its power stroke another may be trying to expel exhaust gas, and that can create unwanted interference between cylinders hooked to the same turbo as pressure attempts to equalise where it shouldn’t, sapping power.

A twin-scroll system has two intakes and two outputs (“scrolls”), each connected to a different set of cylinders so this interference is reduced, and exhaust gases can be more efficiently discharged. That means the turbine spins faster, more air is stuffed into the cylinder and the car goes quicker. It also means each scroll can be optimised slightly differently for different rev ranges.

Then there’s common-rail fuel injection, where fuel is injected into the cylinders at a massive 36,000psi or so. The control is so fine that the computers can inject a microscopic amount to start ignition, then gradually – over nanoseconds – add more fuel so the piston gets a nice even push as opposed to the old way of a single injection. And the very fine control means incredibly efficient combustion, maximising the power from each drop of fuel. Think of a well-controlled campfire as opposed to people just throwing logs on randomly and before they’re really needed.

There’s also computer-aided design and modelling, plus huge advances in manufacturing have also helped make what was a dream decades ago a commonplace reality today. Computer simulations work out the very best design for intakes, exhausts and everything else – it can be tested virtually, changed, and retested instantly, and that capability improves year after year. And computers can now be given parameters so they can come up with the ideal designs, with the humans guiding as opposed to figuring out the detail.

Aside from engines and transmissions, the modern car has yet another trick, and that’s using its power efficiently. Modern cars have sensors for everything; the computers know what speed each wheel is doing, the angle of the steering, the gradient of the hill, whether a trailer is connected, the load in the car, even whether the car is on a rough road or not. That information is used in many ways, not least efficiency. Vehicles can shut down one or more cylinders when not needed, cut fuel entirely on downhills and shut off the aircon compressor when you put your foot flat to the floor. There’s also now overboost functions for when you need that little bit more grunt for a few seconds, say pulling out to overtake while towing.

A good example of a small engine that has been proven to work well over time is the Defender. That hasn’t been more than 2.5L litres for decades – went to 2.4L in 2006 and in 2012 to 2.2L. The Defender has better off-idle torque than the V8 Landcruiser LC79, and nobody complains about that tiny engine’s capability or reliability.

So far, we’ve talked only about the positives of modern engines, but it’s only fair to list the downsides. Complexity is one; just look under the engine bay. But that said, look at the reliability of modern cars versus older ones. We have electronic fuel injection now instead carburettors, and when was the last time you needed to fiddle around with your EFI system? Modern engines are way more reliable than older ones, but more complex to understand and repair, and pickier about fuel. It’s the way things are, like it or not.

If you’re choosing a tow car, choose one that has a proven reputation in the market – one you see many other people using to do the work you want to do. If you’re towing, choose a car that has a rated tow load at least 25% greater than the maximum your trailer will weigh, as tow ratings are more to do with the transmission, chassis and vehicle dynamics as the engine output. Don’t overload your vehicle, maintain it well, drive it with mechanical sympathy and stop worrying about technology changing.