If you own a vehicle that is registered in Queensland and has, what you believe to be, a legal GCM upgrade, Queensland Transport and Main Roads (TMR) has some bad news for you.

Last month, RV Daily published details of a draft proposed new federal code for Gross Combination Mass or GCM upgrades after it was leaked on social media. It is fair to say it generated a lot of discussions, particularly in Queensland where some vehicle owners believed they had a legal GCM upgrade and were being told otherwise. So we went to the Qld Department of Transport and Main Roads (TMR) and asked them a number of questions in an effort to clarify their position. This is the response from a Transport and Main Roads spokesperson.

Disclaimer: It took two emails to get these answers to our questions. As a result, we have had to group the statements under the particular question as we understand they relate to. Other than that, the responses are quoted word for word. They are the opinions of the TMR spokesperson, not RV Daily. If you take issue with any of the responses detailed here, we suggest you contact the Qld TMR with your concerns and obtain direct answers that pertain to your particular situation. In other words, don’t shoot the messenger!

RV Daily has seen a copy of the draft LSXX modification code. At what stage of development is this draft code? What is the next step and how long do you believe it will be before it is made ‘law’?

We recognise there is a desire in the community to modify a vehicle so as to increase its GCM. We are working with interstate authorities and industry to develop a draft National Modification Code designed to allow for an increase to the GCM of an in-service light vehicle. Initial public consultation on the code closed this month (April 2021) across Queensland, New South Wales and Victoria. Regulators across the three states will continue discussions with industry as they work through the feedback received.

What level of cooperation have you received from the second stage manufacturers on the draft code? Have you had any resistance to the proposed changes?

This was an open consultation with a draft code provided to industry. Many manufacturers, associations, engineers and businesses have provided feedback. The feedback is currently being collated.

RV Daily understand that as far as the Qld TMR is concerned, GCM upgrades are not legal. What happens if a vehicle fitted with a GCM upgrade from another state is weighed in Qld and found to be over the OEM GCM? What penalties will the driver face? What actions would be required of the driver?

Vehicle owners with a lawful GVM or GCM modification in another state or territory can travel in Queensland. (It must be noted this answer contradicts verbal advice RV Daily has received from the TMR in the past. The question you have to ask yourself is what constitutes a ‘legal’ GCM upgrade from another state – Ed) To transfer the registration of a modified vehicle to Queensland, TMR requires any modifications to meet Queensland requirements.

RV Daily has attached a number of pictures (to our email) showing SSM modification plates that show an increased GCM to the vehicles concerned. One was (apparently) issued by the Qld Government. These owners have purchased a product in good faith and believe their vehicles are registered with the increased GCM. What advice would you give these owners? Would the owner of the Qld registered vehicle be issued with an infringement or defect if (their vehicle) was weighed by TMR and found to have exceeded the OEM GCM?

The Australian Government issues vehicle compliance plates to ensure the traceability of the Second Stage of Manufacture scheme (SSM) process. All official SSM plates must include the Australian Government crest. Any other decal applied at the completion of an SSM modification that does not bear the crest is purely a decal and not an official sign of the SSM approval.

In mid-2018, The Department of Infrastructure, Transport, Regional Development and Communications (DITRDC) released an Administrator’s Circular, confirming that a GCM increase could not be approved as a possible modification option for a pre-registration vehicle under the SSM scheme. TMR recommends any light vehicle owner who has concerns about a gross combination mass (GCM) related modification to their vehicle, under the SSM scheme, contact their authorised SSM scheme provider or the Australian Government.

A vehicle owner who has concerns about a GCM related blue modification plate issued by an approved person in Queensland from mid-2018 are encouraged to provide details of the modification to TMR. If found to be incorrect, action could be taken against the approved person.

The current infringement notice penalty for a driver is $266 and three demerit points for exceeding mass limits.

What plans does the Qld TMR have to enforce overweight vehicles? Are you planning on any operations specifically targeting caravans? Do TMR weight caravans as part of their normal daily operations?

Over the past five years, TMR has undertaken a campaign to educate members of the towing community to promote safe towing messages, free checks and guidance on the manufacturer’s specified ratings. TMR will continue to work with its industry partners on educating members of the community. Penalties do apply to vehicle owners who load their vehicles beyond the legal mass limits. TMR will continue to work with its industry partners to improve safety outcomes, which includes a mixture of educational and enforcement activities. TMR Transport Inspectors weigh caravans as part of their normal daily operations, although at times there can be campaigns targeting particular types of transport-related offences.

How many drivers have Qld TMR issued an infringement notice for, or defected vehicles that were weighed and found to have exceeded the OEM GCM?

Is it true that the Qld TMR deleted all references to GCM upgrades from their vehicle registration database? Will Qld TMR issue a statement advising drivers of the changes to the system? What was the reason for the deletion?

TMR’s registration database for all light vehicles under 4.5 tonne GVM does not record a GCM rating.

Are engineers who sign off on these modded vehicles breaking the law in any way?

It is currently illegal for a Transport and Main Roads (TMR) accredited person to certify an increase to the GCM of an in-service light vehicle in Queensland. They may face enforcement action as well as risk their approved person accreditation.

What advice would you offer owners who are driving potentially illegal vehicles with the firm belief they have purchased these modifications in an effort to remain legal?

The Department of Infrastructure, Transport, Regional Development and Communications (DITRDC) is responsible for the Second Stage of Manufacture scheme and we recommend that enquiries be directed to this agency.

The spokesperson from the TMR offered one last comment to RV Daily readers. If members of the public would like further clarification as to the rating of their vehicle, they can contact the TMR Vehicle Standards Unit on 13 23 80 or via vehiclestandards@tmr.qld.gov.au. If you have a Queensland registered vehicle that has had a GCM upgrade, we highly recommend you take advantage of this offer. 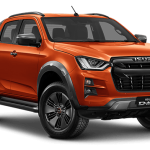 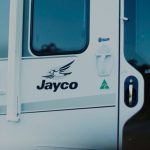