When it comes to getaways, two days sometimes just isn’t enough but if it’s all you have, then going back to basics is the best way to go.

We snuck out of Sydney on Friday afternoon, feeling like wayward teenagers. Having escaped the peak-hour traffic, the big smoke faded in our rear-view mirror and we settled down for the four-hour drive up the north coast.

We were heading to Seal Rocks, a small and rather isolated beach hamlet south of Forster-Tuncurry and 310km from Sydney. It’s well known for its peaceful resistance to commercialisation attempts; this little community refuses to let developers in, and only recently had the single road been sealed… It feels like an island oasis.

Seal Rocks has three campgrounds, one on each side of the Sugarloaf Point Lighthouse and a postage-stamp-sized area for bush campers. North Coast Holiday Parks campsite is currently undergoing a bit of a revamp; it’s more of a traditional type of campground with a fenced boundary, boom gates and allocated spots.

In front of North Coast Holiday Parks campsite, a small crescent beach offers a great surfing break and if you’re lucky, you can even squeeze in between the surfers to find a spot on the spit to set up camp. It is a very little spit and if the surf is good it fills up quickly. There’s a shower on the edge of this beach too, but don’t expect hot water.

Further along the road you’ll find a few holiday houses and the one and only shop, which has been family-owned for a couple of generations and though it’s a little pricier than your local Woolies, it’s handy if you run out of milk.

We were heading to Treachery Cove, a delightful spot where you can drive in, pay for your site and then pick a spot. You can camp among the roots of the trees in the billabong, along the edge of the dunes or find a spot under the trees; despite there being so many places to choose from, please note booking is essential.

It’s on weekends like this that we take full advantage of being away from the concrete jungle. We bundled up and sat outside counting the stars with the smell of the salty air and sound of waves breaking on the shore, easing us into a relaxed frame of mind.

The weather forecast wasn’t the greatest for the weekend but we didn’t really mind as there are plenty of things to do: walks of all grades and distance, fishing and just relaxing. Smatterings of sunshine broke the dawn and we headed out as soon as the coffee cups were empty.

Office life can make one soft, so the sharp horizontal hike up to Sugarloaf Point Lighthouse (albeit short) made my hamstrings burn in protest. The views were well worth it though; we caught the tail end of the whale migration and saw a couple of spouts in the distance. Just before you reach the stairs to the lighthouse, there is a spectacular sea cavern where the waves surge through a tunnel carved at the base of an enormous rock wall.

Sugarloaf Point Lighthouse was built in 1875, but since then 20 shipwrecks have occurred, the most recent being in 1985 when the Catterthun, bound for China from Sydney, sunk with 55 souls on board. It should be mentioned, however, that it’s unknown how many ships wrecked before the lighthouse went up. It’s operated by a staff of three trained lightkeepers and is one of 56 manned lights in use on the Australian coast.

Our shadows started to lengthen after a long day of exploring the little bays, walking up to the lighthouse and a spot of fishing, so we joined the migration of people gravitating towards their campsites. Barefoot kids still ran around, mobiles and iPads were nowhere to be seen… it was refreshing – no Pokémon in this campsite.

The fresh air and exercise built up quite an appetite, and we would have gone to bed hungry if we relied on our catches as the fish weren’t biting that day; thank goodness we brought a back up dinner with us.

As the day darkened, the glowing fires crackled and popped and we huddled over the fire rims absorbing the radiant heat. The stars peeked out from behind occasional clouds, and though none of us are astronomers, it was great fun guessing the constellations. Before long, with full bellies and tired legs, and well before the usual bedtime, we gave in to heavy eyelids and called it a night.

Birds replaced the usual screaming alarm clocks, making for a slow and easy welcome to the day. The clouds were quick to hide the sun but we managed to get a couple of walks in before the rain began to fall. We packed up camp, and decided to head back to suburbia early in the afternoon.

It only takes a couple of days away from the crowds and city lights to re-charge the batteries. Though be warned: if you want to be entertained, this spot is not for you; there really isn’t much to do here. But that’s part of its charm, so if you’re looking for a spot that’s known for its excellent surf breaks, fishing, walks, or whale watching, Seal Rocks is the place to come to relax and switch off. 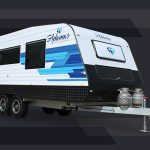 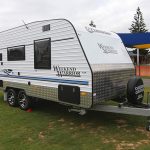