Tasmania Part 3: Here it’s all about the coppers 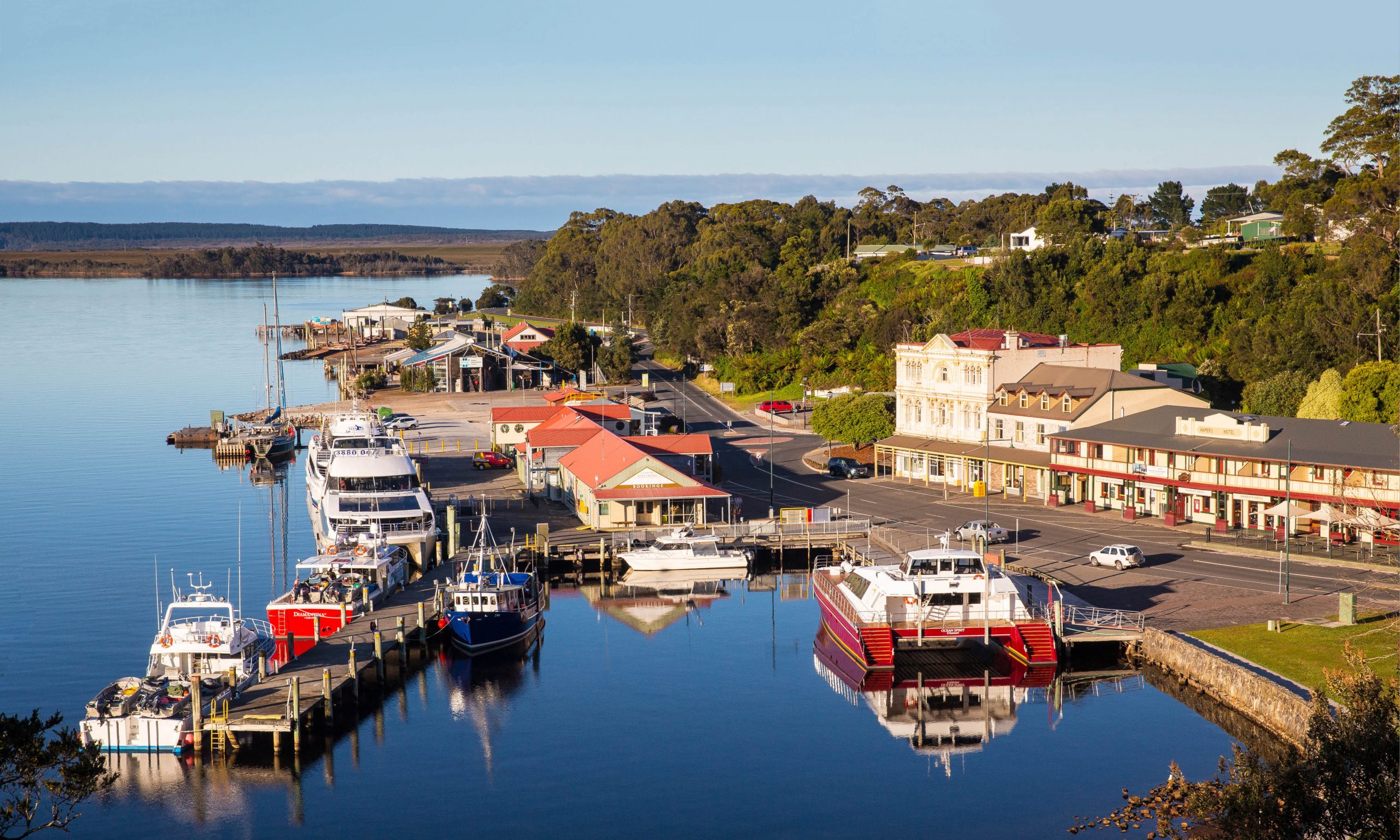 From penal colonies to smelting and advice on his driving, the Ed discovers the West Coast of Tassie has a copper bottom.

My jar of instant coffee was not offering instant satisfaction. I needed a hot beverage crafted by an artisan or at least someone with a machine dispensing a large flat white. Leaving the campground in Arthur River, I pulled up outside the Parks’ office to deposit my rubbish in the bin and gazed at the takeaway store opposite; nowhere did it say coffee. And nowhere else did either. Everywhere in a retail-looking capacity (and I would have negotiated over wholesale coffee in liquid form) booked boat trips, complete with refreshments. I gave up.

CLICK HERE TO READ PART 3 IN OUR ONLINE MAGAZINE

It’s almost 160km from Arthur River to Zeehan and, via my chosen route, over rough roads for most of that. The Western Explorer cuts a swathe atop open country, bordered by low scrub over undulating terrain until distant mountains form a barrier to the inland to the left, and the west coast and the wild seas beyond on the right.

Hardcore four-wheel drive tracks like the Balfour deviate off the light stone surface of the Explorer, with signposts that list the recovery gear needed and that travelling in convoy is wise. Judging by the almost immediate submerged nature of the Balfour – it appeared essentially a car-sized canal – these were words to heed. Not for me in my low clearance, long wheelbase conveyance; I was due a more sedate swoop into Corinna just over 100km to the south. 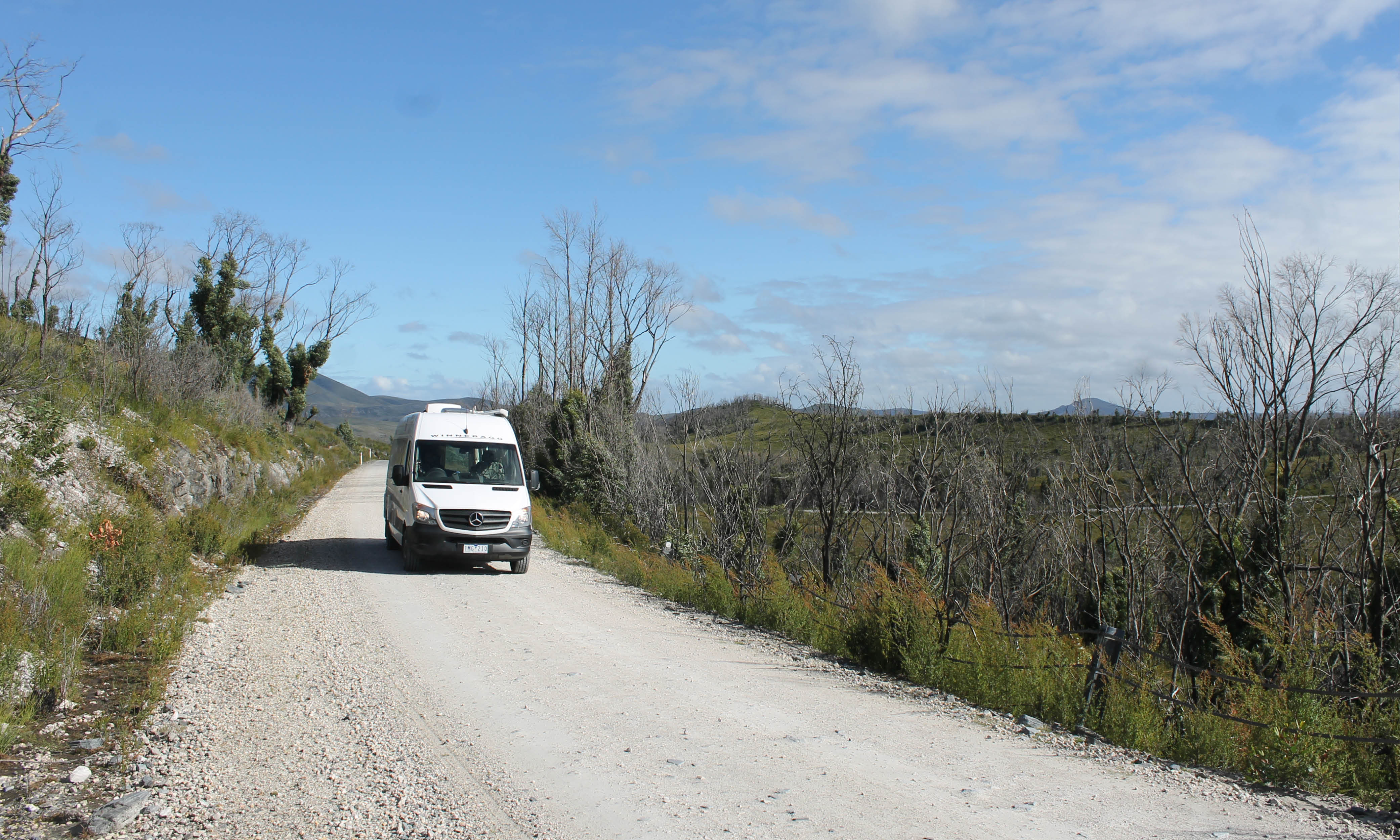 Corinna is most famous for the Fatman Barge crossing (of the Pieman River). You can do other things there too: lodge, hike, canoe, eat and drink, and while you cannot buy fuel (that I saw) you can buy caffeine. So I did. I spoke to the barge operator about my need to film the crossing and he was agreeable so I set about trying to find a secure spot to anchor the GoPro that would capture the Winnebago on the ferry but not vibrate the camera off into the drink too. He wasn’t keen on me being on the upturned on/off ramp as we crossed in case the hydraulics gave out at that precise moment. As if!

Wasps. The little striped buggers were in huge numbers, but unlike their European brethren, the Tassie types were seemingly uninterested in inflicting pain. They buzzed everywhere but while never threatening I couldn’t escape the panicked or mildly startled state reminiscent of childhood holidays when the wasps came close. They were big too. With boots.

Corinna was a very peaceful spot, with pioneer cottages and the main building the old pub, now a hotel – all doing a fair impression of a wild west film set, essentially because that’s what they are (minus the film bit). This was the epicentre of a gold rush in the early 19th century and remains intact. I think a seat on the veranda of the Tarkine Hotel to watch the comings and goings of the ferry traffic would be an ideal way to spend an afternoon. Since I had been a-coming it was time to be a-going.

The ferry operators had changed and the new bloke was happy for me to take up filming position on the barge wherever suited, and we chugged across the placid green-blue expanse of the river. An interesting montage unfolded on the opposite bank. I’d met Vanessa and Chris briefly just before my crossing and they were keen to show me their brand-new Toyota Coaster motorhome conversion on its maiden trip. They’d crossed before me and waited to welcome me aboard for a sticky beak, and very nice a rig it was. They were rightly proud. 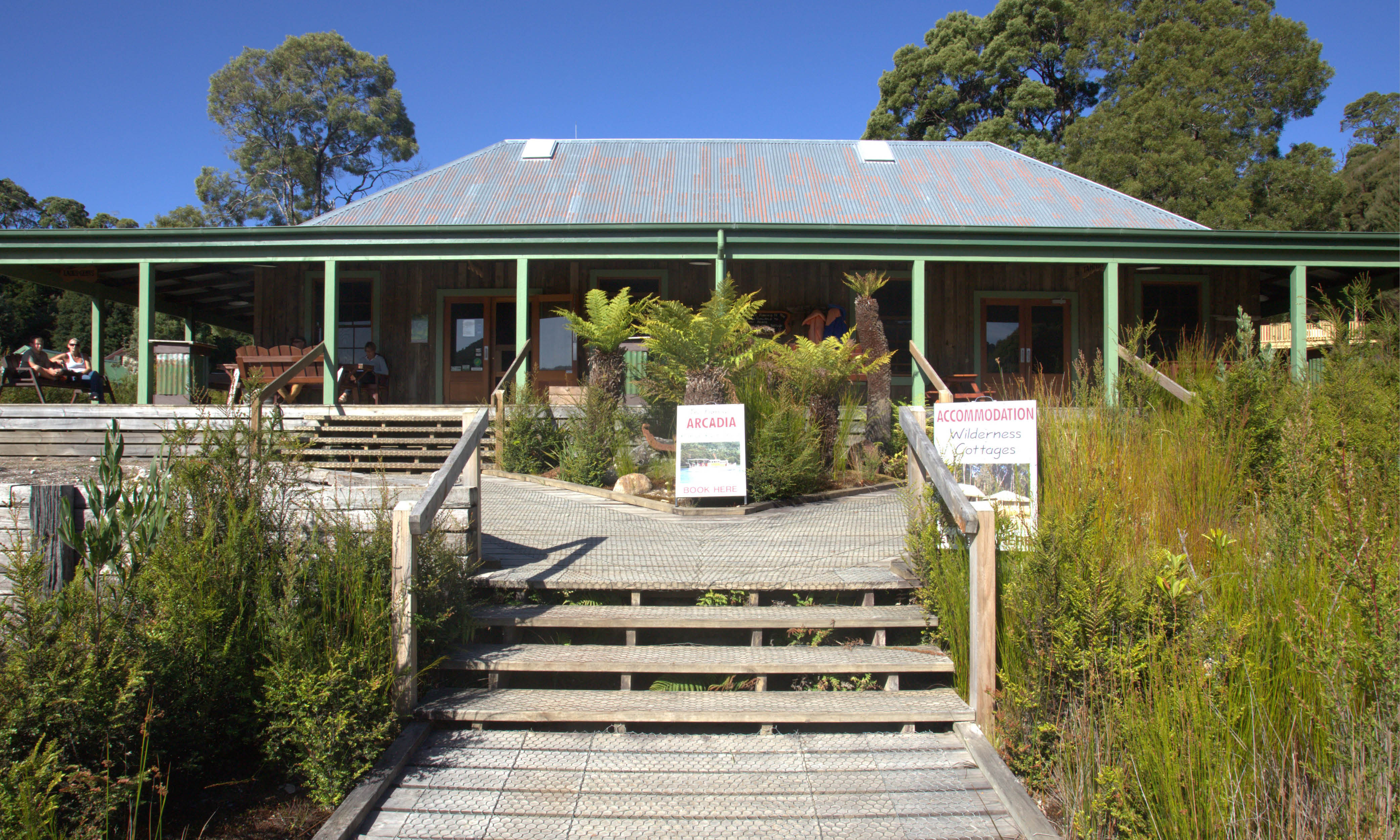 I spotted a path into the trees and a sign that noted graves. Standing near the headstones of former local publicans Thomas Davis and Gamaliel Webster, reading about the riotous funeral of one of them that had to be curtailed by the priest, I was joined by an overseas cyclist making her way around Tassie. She enquired of the conditions on the Western Explorer. While she looked capable of tackling anything, I think she might have benefited of a lift to Arthur River, or following the road inland to Waratah. I wonder how she went.

Now my journey to Zeehan, and hopefully fuel, continued. Today reading the blog of my trip, I recorded feeling low during this section of the trip, can’t remember why. Finally emerging in the former mining town of Zeehan, I found a self-serve fuel stop and after some help from a couple of locals, managed to use it. Not before watching a UK couple have a relationship crisis while doing the same. I think people prefer the traditional servo operation.

Before leaving town I did a live radio hook-up to Antman’s RV and 4X4 Show on Yarra Valley FM, as befits my lofty editor status (read: twat) and then became all excited about the prospect of visiting Sarah Island, out of Strahan. One of only a few must-dos I had planned. My blog takes up the rest of the story.

As I coasted along towards Strahan town centre I had a shock. I thought that Tasmania had developed some state-of-the-art road traffic surveillance judging by a random text I received.

It read: Keep both hands on the wheel you lunatic. Normally you call these randoms back. So I did, but not before running through numerous scenarios as how the long arm of the Tasmanian law could have visuals on me with both hands off the wheel. What was I doing? Playing the maracas?

The voice answered with a name that was familiar although it wasn’t someone to whom I had actually spoken. About 40 minutes earlier, I had waved at a caravan driver, obviously rather vigorously, and this family just happened to be Skye and Steve Martin, a couple I had been loosely going to meet with had our timings matched. They’re going to be contributing to RV Daily on their travels. What were the odds? So the trip I had planned to Sarah Island was going to be under my own volition, not the southern Wallopers after all.

Two caravan parks appeared as soon as I hit town; both looked chockas but one was on my side of the road. Turns out I picked the wrong one according to my coincidental travelling companions in the Coaster, Chris and Vanessa, that had opted for the other one, as I found out on the cruise the next day. They had beach access. I had a gravel patch and views of Platypus Creek. So named I think to keep visitors staring into the muddy rivulet rather than with any chance of spotting a billed local.

I was a billed local with dinner at the pub that night. I had booked my cruise for the next day – the Roaring Forties, Macquarie Harbour and the legendary Sarah Island, former convict hell hole. I was excited. And, with the exception of little roaring of the Forties, or of much at all apart from the trade at the takeaway outside my caravan park, it was a truly brilliant day with World Heritage Cruises. They even let you sit on the captain’s deck in the adjacent chair and watch what’s going on. The water was flat calm, even in Hells Gates, but don’t be fooled, it might not be on the day you choose to take such a journey into seafaring folklore. Possibly. 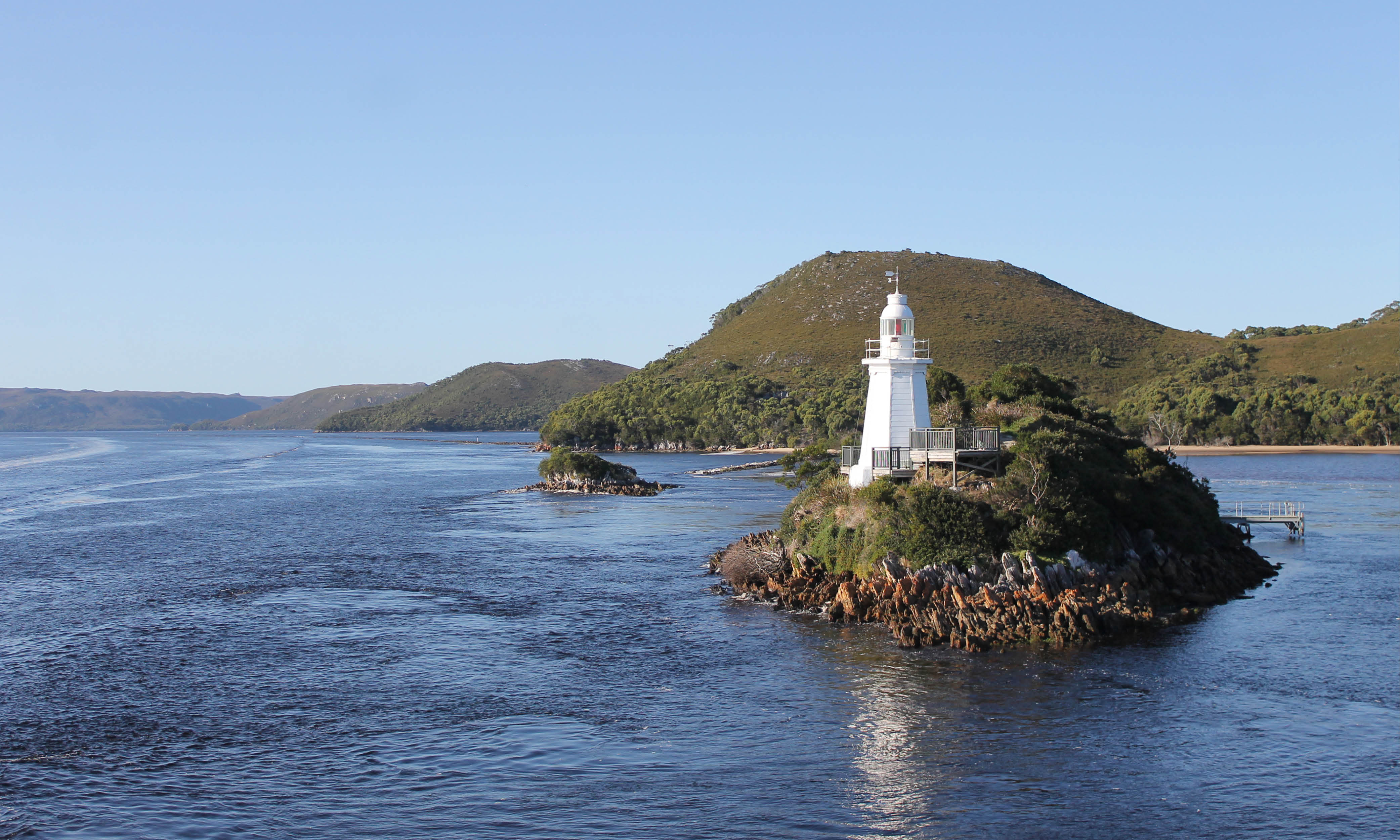 Back on dry land. Well, it wasn’t. It was raining and I had checked out, parked in Strahan’s dock-side all-day carpark ($5) and decided to run to Queenstown that night to keep some form of momentum going now I had realised I had spent far too long faffing about in the north-west corner. It looked ominous but still my kind of weather. Queenstown is recovering well from its industrial mauling; the mountain town is coming back and like the West Coast Wilderness Railway it homes, you should tootle into town for a visit.

A free camp by Lake Burbury more than sufficed that night. With jagged black peaks beyond, I overlooked a body of water and had a peaceful, if a little breezy evening alone, once the wasps had chuffed off.

Through rain and fog, Derwent Bridge, for The Wall in the Wilderness, was one target and Hobart was the end goal. I made both. While The Wall is stupendous in its artistic brilliance and subject, I found the ban on photography irritating (but fair enough, it’s his work) but the little notes all over the centre re not touching, and repercussions over badly-behaved children really gave me a bad taste – get over yourself mate. Still, elements of the artist Greg Duncan’s story depicted did actually bring out the child in me and moisten my eyes. There. I said it.

Hobart. A huddled, higgledy-piggledy cascade of architectural styles tumbles down the hillsides to a quaint harbour. I liked it. I saw some houses that were definitely my new forever home. If I save forever. I knew the Showground offered respite for the weary traveller but in the continued rain and fog, and my new attachment to the poultry shed on the site, I wasn’t that enamoured. It’s close to the city but it’s not much more than a carpark. Still, thanks for the facility.

A morning in the town; it feels not like a city and I liked it more. Again, flat calm sea. Like glass. I enjoyed scallops, a walk, ships and some glorious, dominant buildings in the centre, if you look up above the shop fronts they’re there. As if the Antarctic exploration ship at the docks was a talisman, the south beckoned. So I followed. 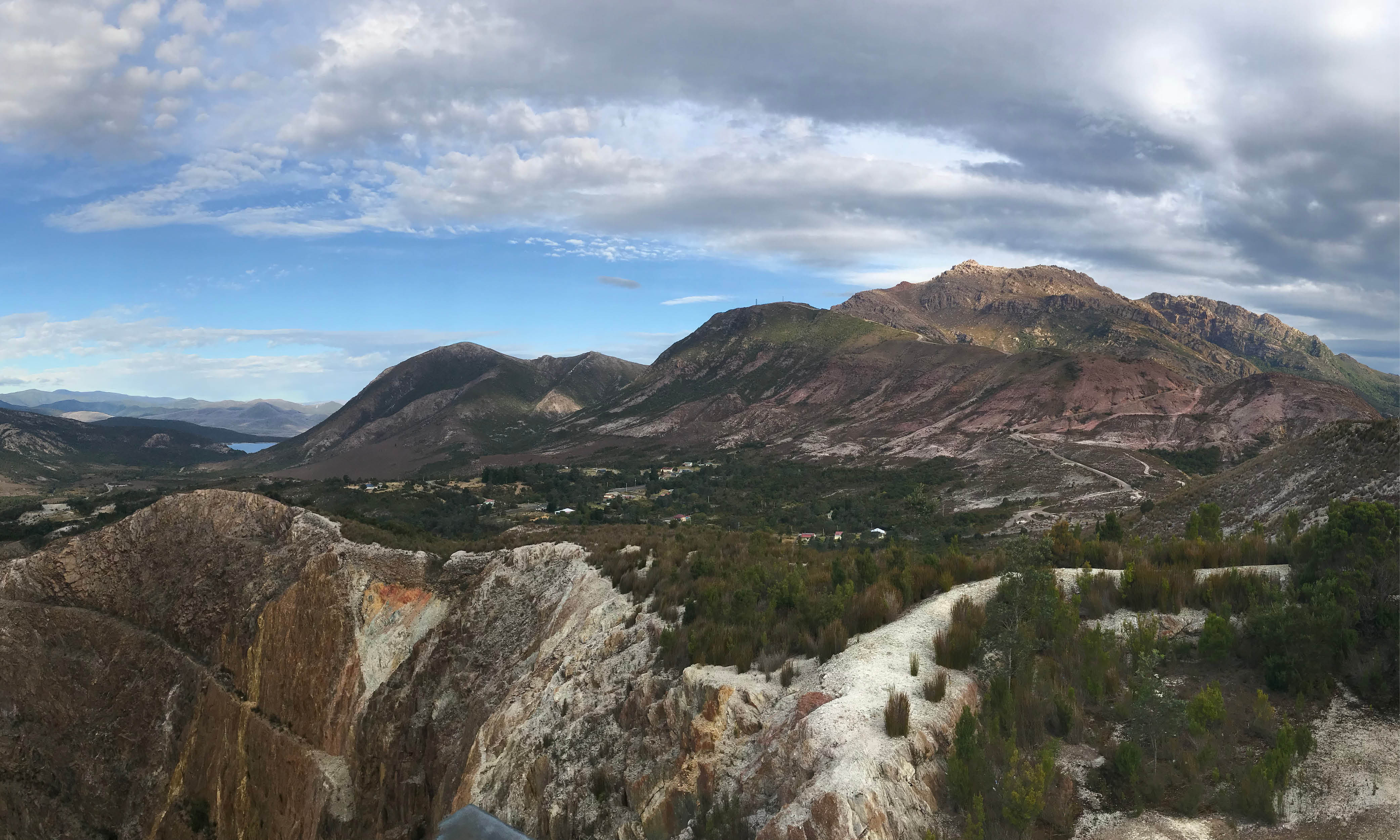