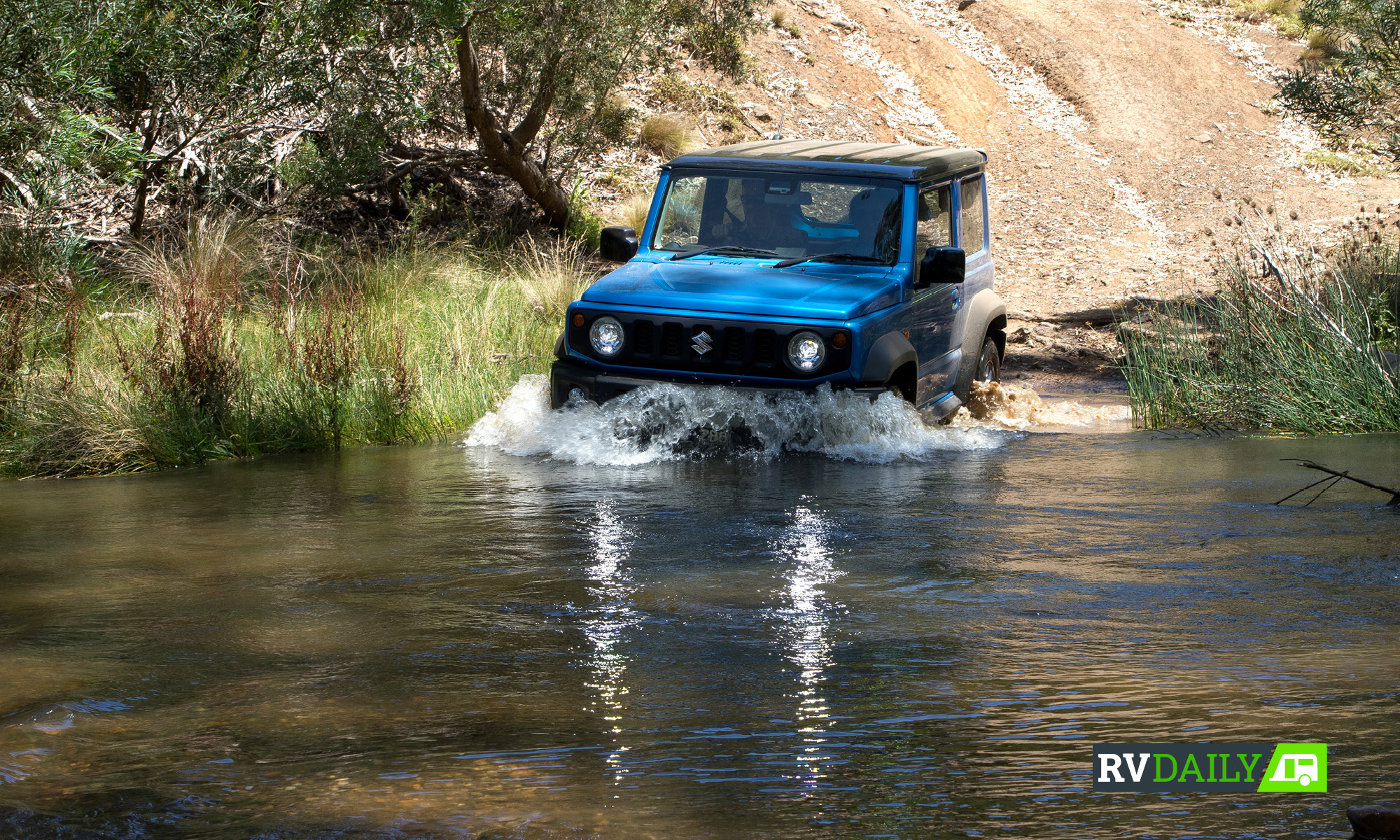 Suzuki’s tiny off-roader has been around since 1970, but it’s taken until now for the fourth generation to be launched.

I was at the Australian launch and got to see what the little vehicle could do in the rough. Frankly, it’s a blast, the most fun 4WD there is on the market, now and into the foreseeable future. It’s like driving a Series Land Rover or Nissan G60 Patrol but with a ride that doesn’t require a visit to the chiro and less chance of your thumbs being ripped off by the steering wheel.

The Jimny is a mere 1075kg Tare weight, and there’s less room behind the first row than you get behind the third row on a medium-sized 4WD. It can be yours for a price to match the weight, just $23,995 for the five-speed manual or $25,490 for the four-speed automatic. Downsides are three-star safety, and a smallish 40-litre fuel tank even allowing for its tiny size. But aside from those, this is a real-deal Suzuki 4WD thatlives up to Suzuki’s reputation for small, tough, capable and loveable off-roaders.

ARB has started development of accessories and showcased a few on their project “JBOX”. No word on pricing or availability yet though.