Do you know how much energy your appliances draw from your battery system? If you don’t, it is time to find out: how to calculate energy draw

If you already have a caravan and tow vehicle, you have invested a lot of money in making your travel enjoyable and stress-free. The last thing you want is to wake up after a hot night in the tropics only to find that the batteries are flat and the food is spoilt. Perhaps having that air-conditioning unit going most of the night wasn’t such a good idea…

Knowing how much energy your appliances draw is a very important aspect of managing your battery system. Lights are normally LED these days, which draw minimal amounts of power, although if you turn them all on in a large van they could still draw more than a few amps per hour.

Lights and other appliances will normally list their energy usage as amps or watts per hour. The lights in the video for example, use around one amp or 12 watts. If these were left on for an hour they would draw 1Ah or 12Wh. If you have a 100Ah lithium battery, in theory, you could run these lights continuously for around 80 hours (remembering that lithium batteries can be used down to around 20 percent capacity). After lights, cooling will take much of your available power. Fridge energy draw will depend on a number of things:

It can be confusing when you start looking for specifications of different fridges and the amount of energy used. Some manufacturers don’t make this easy, with energy consumption for some fridges only found in the operating manual rather than on their website. They then list it in kWh per annum, which is not very useful when determining load on your battery system.

Others give a range of amps per hour, which is much more useful. Evakool even lists different power usage at different settings at an ambient temperature of 32°C, which is the most useful way of considering energy consumption.

The temperature set on your fridge will have a big impact on energy consumption. Setting it at +5°C will use a lot less energy than setting it as a freezer at -16°C. Fairly obvious really, but certainly helps in energy planning when you know what temperature you need.

Another obvious but often overlooked effect on energy consumption is the ambient temperature. In summer, the energy draw will likely be a lot more than in winter. If you put hot leftovers straight in the fridge, they will draw more energy. Try putting your beer in the fridge in the morning after it has cooled overnight rather than in the middle of the day when it’s warm. More often we want to keep things cool, but to cook, we need heat. The best way to conserve your batteries when cooking is to use gas. Why? Heating requires a lot of energy so gas is the most efficient way to cook, although you will sometimes see electric hotplates for use when connected to 240V. An electric frypan can have a 2400W element which is going to flatten any 12V system very quickly. Turn it up to maximum and it is likely sucking a whopping 250 amps per hour.

A popular appliance these days is the electric pie warmer like the Travel Buddy. Many people love them and will pop in a pie or pizza, drive another hour before stopping to enjoy a nice hot meal. This works as the batteries are being charged at the same time as the pie warmer is drawing power. If you are stationary, the nine-amp draw cannot be sustained for long periods of time unless you have a large solar input.

If you start getting hot, then some air conditioning would be nice. Just don’t expect to run it for very long if using your 12V-system, as air conditioners can draw around 144 amps (if rated at six amps for 240V). A good quality 12V-fan will be much kinder to your batteries, drawing only 0.5 amps. 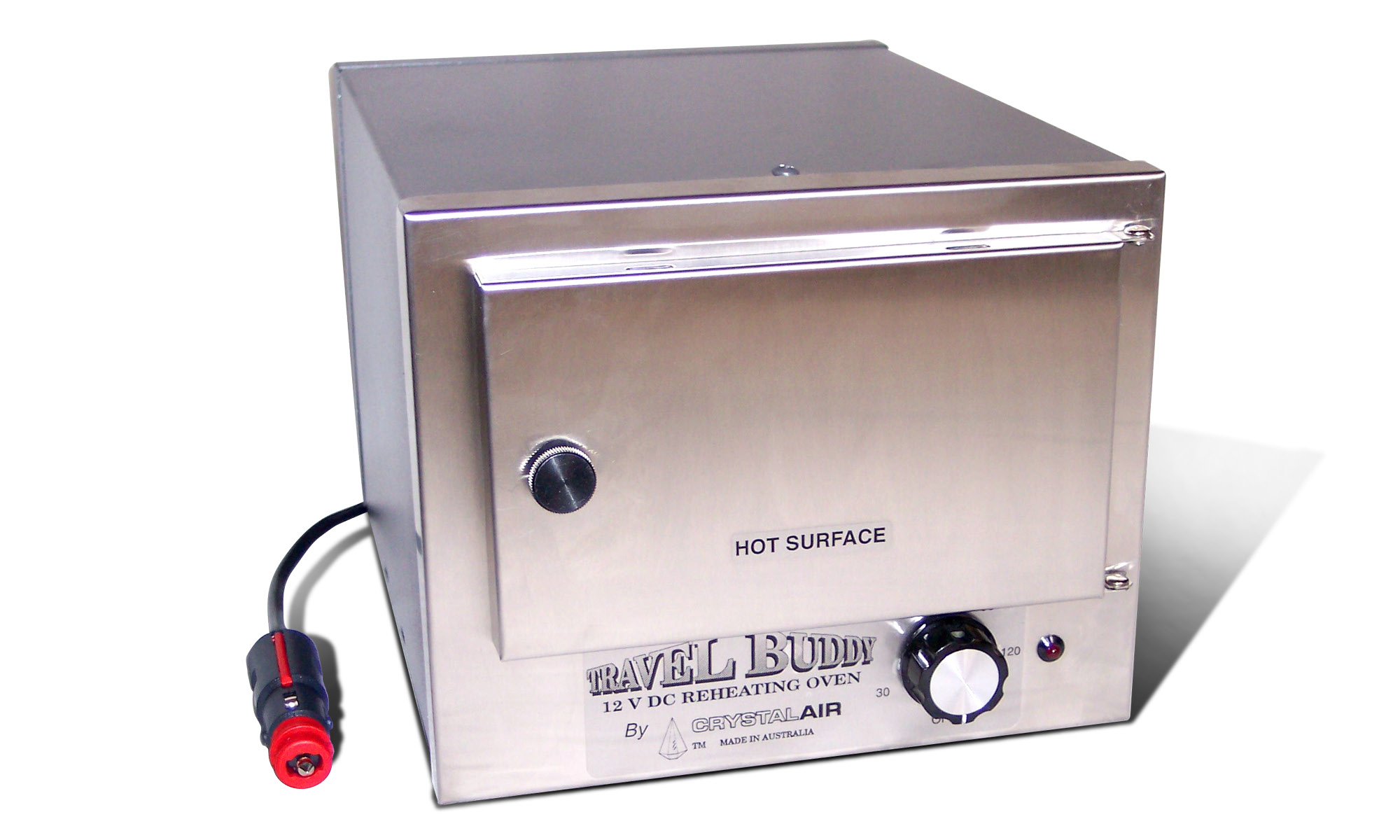 A hot pie on the road might sound like a good idea, but check what that does to your power usage

The sum of the parts

If you check the energy draw from each appliance, you will see that some use substantially more energy than others. It would be normal to be running a number of appliances such as lights, fans, and fridges all at the same time. It is also likely that they will be all running at night when you are stopped and there is no solar input to keep batteries charged. You will become pretty unpopular if you try and run your generator all night, especially in national parks. And yes, it does happen.

Even big battery systems with big inverters and large amounts of solar input will reach their limits if too many large appliances are used. No matter how big your system is, you will need to be careful. The cheapest power is knowledge. Check your energy draw so the lights don’t go out when you need them the most.