If like me, you’re sick of putting up with the poor performance of lead-acid batteries in your tow vehicle, there is finally a solution. Deep Cycle Systems (DCS) have a range of Lithium dual battery kits to suit most popular 4×4 vehicles. We fitted the system to our Landcruiser and, so far, we’re very impressed with the performance.

I’ve been into four wheel driving and outback touring for the last 30 years and I’ve owned five 4x4s during that time. All of them have been fitted with a dual battery system of some form or another and based on good old fashioned lead acid battery technology. I’ve had everything from plain wet cell batteries right up to expensive AGM units. They have all been problematic and never really given me the sort of performance I expected. Worst of all they have all suffered one major issue. The batteries have never lasted more than about three years.

It is a very common problem. I’ve heard similar complaints from other travellers I’ve met on our journeys. The fact of the matter is lead-acid batteries are outdated technology. They are not suited to the typical use of modern travellers especially those whose 4x4s get limited usage through the year where the batteries lose their charge and can deteriorate over time. What’s more, when you flatten lead-acid batteries or discharge them below 40% state of charge more than around three times, they will have likely suffered irreparable damage and will need to be replaced.

Lithium batteries overcome many of these issues and as a result, they have become almost the defacto standard for caravans and campers in recent times. They have made some inroads into 4x4s but mainly as auxiliary batteries in the rear cargo compartment where they are dedicated to powering fridges and other 12-volt equipment. They were never installed in the engine bay like lead-acid batteries as lithium batteries could not tolerate the extreme heat generated under the bonnet. That is until now.

The DCS lithium batteries are one of the very few that are designed to work under the extreme conditions of a vehicle’s engine bay. This is achieved through the use of active cell balancing as well as carefully selected construction materials, coating and surfaces and assembly techniques. As a result, DCS batteries are suitable for high temperatures applications including vehicle engine compartments. They can operate normally in temperatures up to 80 degrees Celsius and are completely stable up to 110 degrees Celsius.

The advanced battery management system (BMS) used in the DCS batteries also offers exceptional high current draw performance. They are rated to a continuous current draw of up to 200 amps. Further, the DCS lithium batteries are designed for engine cranking applications. Because of the limited voltage drop with the DCS lithium cells, it’s very easy for them to crank over modern engines. CCA ratings (or cold-cranking amps) don’t apply to lithium batteries as this standard was developed for lead-acid batteries that needed to deliver 30 secs of cranking amps. When a lithium battery is controlled via a BMS the correct terminology is Lithium Cranking Amps or LCAs and is based on delivering 10secs of cranking amps. Our batteries are rated to 1000 LCAs.

The DCS dual battery kit is supplied with a Victron Smart Battery Protect module that eliminates the need for traditional dual battery isolators. The Victron Smart Battery Protect disconnects the batteries from non-essential loads before they are completely discharged or before they have insufficient power left to crank the engine. This means you can take full advantage of having 200 ah of batteries and run your 12-volt appliances for longer periods between recharges.

The DCS lithium batteries have a maximum charge current rating of 100 amps so they can be recharged directly from the vehicle’s alternator without the need for a DC-DC charger. If you need to quickly recharge your batteries, just run the engine for 30 minutes…! New releases of the kits come with an integrated 80V/20A MPPT solar regulator in the batteries.

Installing the DCS Lithium Dual Battery Kit is fairly straightforward however there are a few things you need to keep in mind. The batteries are a little taller than the existing batteries in our 200 series Cruiser which necessitated slight modification of the battery clamp. Further, the terminals are the M8 bolt and eyelet style rather than the traditional round posts seen on most lead-acid batteries. This meant I had to modify the connectors to be compatible with the M8 terminals. This introduced a few further minor complications as the standard Toyota wiring loom was only just long enough to reach the terminals. I also found one bracket on the intercooler had a sharp edge that was uncomfortably close to the starter battery. A little modification with an angle grinder soon sorted that out.

I also had a strange issue where the car alarm in the Cruiser would go off in the morning for no apparent reason. This was attributed to the earth connection and was resolved by fitting a dedicated earth cable between the two batteries rather than relying on the vehicle’s standard earth.

Another potential issue is the low voltage delivered by many standard vehicle alternators. The DCS lithium batteries’ nominal charge voltage is between 14.0 and 14.6 volts. Our Cruiser’s alternator starts off putting out about 14.2 volts but soon reduces that to just 13.6 volts. This means owners may need to install an alternator voltage booster diode to ensure the batteries are fully recharged however, in our testing so far, this hasn’t been necessary.

In use, I have not encountered any issues using the DCS lithium batteries except for those described earlier with the exception our Scanguage doesn’t always turn on automatically as it used to. I have no explanation for this. What I have noticed is the engine starts much quicker than it did with the lead-acid batteries. I’ve also noticed slightly smoother engine performance and, surprisingly, better fuel economy. I believe one of the batteries I took out was pretty much shagged being heavily sulphated and this may have been putting extra strain on the alternator and, in turn, the engine. These batteries are also considerably lighter than the lead-acid batteries they replaced. I estimate we saved around 50kg changing to lithium.

Summing up, I am extremely satisfied with the DCS Lithium Dual Battery system so far. While I haven’t had the chance to put them through a thorough workout, from the time I have used them powering a 50-litre fridge all day and recharging quickly with just the engine is enough to give me the confidence they will do everything I need them to do and likely much more. The little extra effort to install them was well worth it.

We purchased ours from ToyoTrek and Stewart was quick to answer any question I had about the installation. Service and support is certainly no issue and I have every confidence in DCS’s 3 years under bonnet warranty.

Prices start at $2,299 RRP for a dual 90ah system suitable for Toyota Hilux and Prado as well as various Nissan’s, Mitsubishi’s, Land Rover Defenders and other vehicles with limited under-bonnet space. The dual DCS 130Ah system to fit Landcruisers is $2,999. Both kits include an integrated MPPT solar controller and Victron Smart Battery Protect SBP-65. The system I installed with the dual 100ah batteries and no inbuilt MPPT controller is still available for $2,499 RRP. 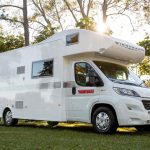 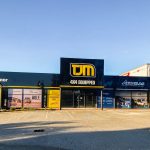