How not to buy the wrong tow vehicle 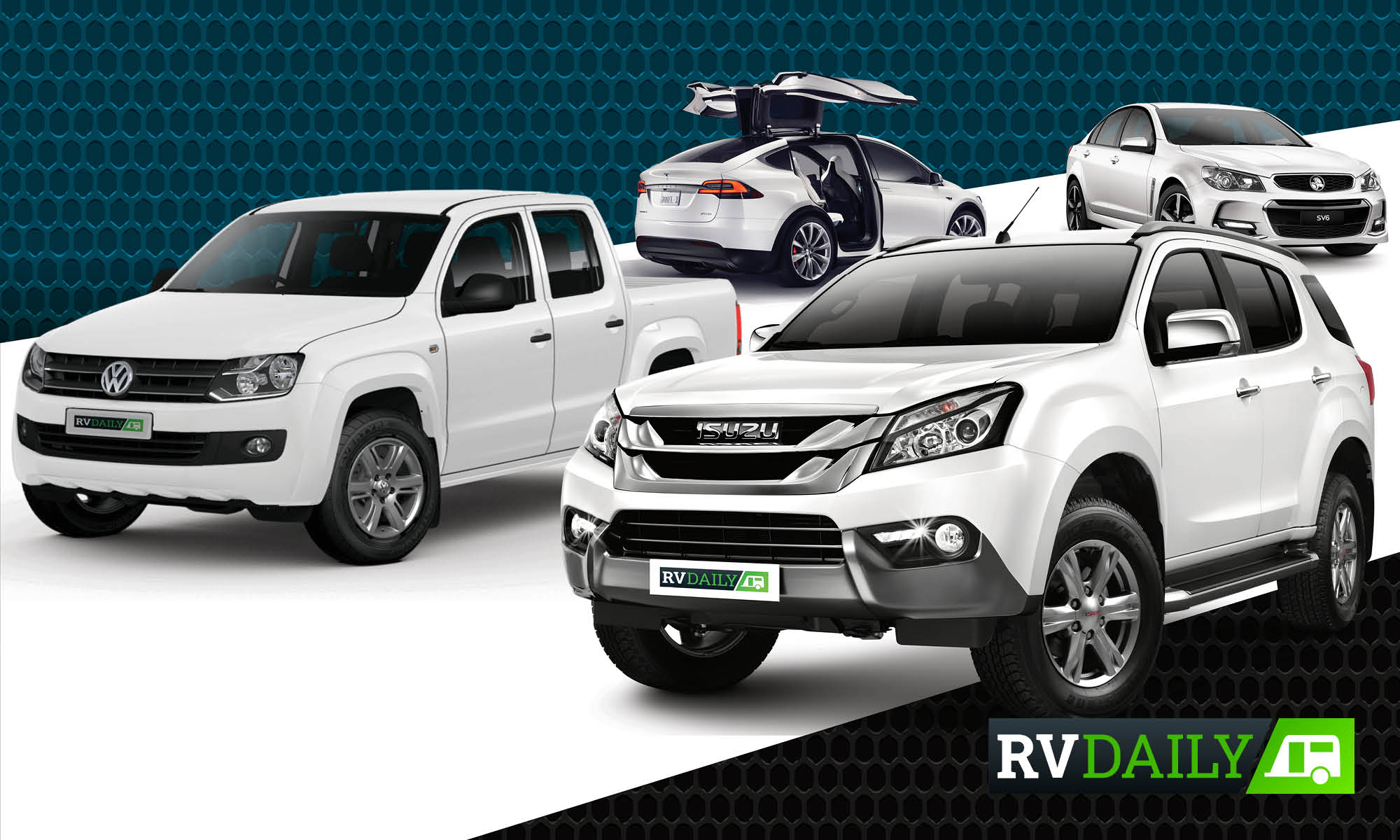 If you’re looking to match up the perfect caravanning combination, here’s how not to buy the wrong tow vehicle!

The subject of tow vehicle selection could easily fill a book, but worry not – it’s not hard to get it right.  Let’s start with the most important rule of all: There’s no such thing as too much of a tow car. First, figure out the maximum loaded weight of your trailer. Let’s say that’s 2800kg. Then, buy a vehicle that has at least 25% more towing capacity. This is a good idea because the maximum rated tow capacities of vehicles are very often just marketing claims that don’t stack up in real life, except for some fairly specific and unrealistic scenarios. And then the maximum loaded weights of trailers are often a bit understated, so you end up far too close to the various limits for comfort.

There is a lot of maths around towball masses, rear axle loads, GVM and the like … you can save yourself from living on the edge and just get a car that’s rated well in excess of what you will tow. And if you do that, you’ll have better longevity and performance from the vehicle too.

Now all that said, you can’t ignore the checking of the various limits, but it’ll be a lot easier with an over-specified tow car. One trap to watch out for, especially with European vehicles, is a tiny towball mass. Generally, you want the maximum towball mass to be 10% of the maximum tow weight, so 310kg for a 3100kg rated vehicle. In some cases, however, it might only be 100-150kg, which is a problem for Aussie caravan makers.

Read next: Everything you wanted to know about ball weight

Trailer stability control can save your life. Trailer sway is when the trailer starts oscillating behind the tow car, for example after passing a B-double truck at speed and suffering sudden gusts of wind. Once sway sets in it’s very hard to recover. Accelerating out is the commonly accepted way to fix it, but in practice that just gets to you the scene of the accident a bit quicker. What you really want to do is to apply the trailer brakes or fit a stability control system to the trailer, which detects sway and cancels it out. And you can have a similar system on the tow car too – that’s trailer stability control, a variant of stability control, and it too detects the onset of trailer sway. It then fixes the problem by applying brakes individually to each of the tow car’s wheels, faster and more effectively than you could ever manage. It’s a good safety aid, but please don’t take it as a licence to overload the trailer – computers won’t always save you.

Read next: ESC, it’s not a failsafe

All-wheel-drive is all good. This means the tow car drives all four wheels all the time and isn’t 2WD or a part-time 4WD system like most utes, which run in 2WD on high traction surfaces like bitumen. All-wheel-drive is safer, less likely to wheel spin away from a wet off-camber start or up a dirt track, and even helps when backing a trailer, when it can be surprisingly easy to spin the back tyres. It also helps on slippery surfaces like wet grass, and even when slowing down if you do some engine braking.

4WD, SUV, 2WD, and limits. In theory, you don’t need a 4WD or SUV to tow, but realistically for any recreational trailer like a caravan it’ll be hard to find a 2WD that will do the job, particularly if you look at factors like towball mass, whether a special tow kit is required, and maximum speed when towing. The market is all about bigger, heavier trailers and the SUVs/4WDs have now supplanted 2WDs.

Can you get into the back? One small point often overlooked is access to the back of the car. The Pajero is notorious for having its long side-opening doors run afoul of the trailer and/or hitch, and it’s worse when the rig is on an incline. Just check how your rear access will work for you.

Read next: Should I tow with a wagon or ute (and why)?

You want a square hitch. In Australia we run a 50mm square hitch, into which you can insert all manner of tow tongues for all sorts of trailers. That’s great flexibility, but some vehicles don’t have such a hitch available and simply offer the tow ball in a fixed position. That’s fine if it works for you, but not ideal if you wanted to change your tow set-up, so the 50mm square hitch is ideal.

Easy manoeuvring. One useful tow car feature is a tight turning circle, something the Discovery 3 and 4 were great at. And if you buy a manual tow car, opt for one that can drive in low range without transmission windup, as you’ll have a much easier time manoeuvring the trailer. That means the vehicle can be in low range without locking its centre differential, or when driving in 2WD. Examples of such vehicles include most manual Land Rovers with low range, and 4WDs with a part-time 4WD transmission combined with manual locking front hubs.

A good reversing camera. One of my favourite campsite entertainments is watching an inexperienced husband and wife attempt to hook up a trailer together. You know it’s going well when the driver uses 3000 revs to move the car two inches. But my fun is being spoiled by clever reversing cameras that zoom in and show the towbar clearly, along with the predicted line of travel.

Petrol or diesel? Yes, you’d default to diesel mostly for the fuel economy, which translates to longer range. But if you’re not overly bothered, why not petrol? Particularly if you’re looking at a Prado or LC200 which come with large fuel tanks. These modern petrols tow nicely too, so don’t accept the “must have diesel for torque” arguments until you test for yourself, particularly if you’ve got a relatively light trailer and aren’t looking at towing in remote areas.

Automatic or manual? The other vehicle-type question is automatic or manual, and that’s rapidly becoming a moot point as fewer and fewer vehicles are available in manual. That said, you can tow with a manual, but an automatic is easier and more effective, especially in these days of autos with up to ten ratios – something manuals will never match.

Making your car perfect. Aftermarket accessory support is always a question for anyone considering a recreational vehicle. As towers, you may well want to fit heavy-duty suspension, a long-range fuel tank (a great modification), a second battery and a cargo system, even if you never plan to venture off-road. Buying a vehicle with all that available off the shelf is a wise move. And if you’re towing a wide trailer like a caravan, you’ll need extension mirrors. It is definitely worth considering replacement towing mirrors rather than add-ons, but such mirrors aren’t available for all vehicles.

To conclude, I’m going to return to the first point. The very best tow car you can buy is one that can tow far more than your intended load. Nobody ever regretted the extra capability, particularly on a wet, windy, country road at night. Now you know how not to buy the wrong tow vehicle.