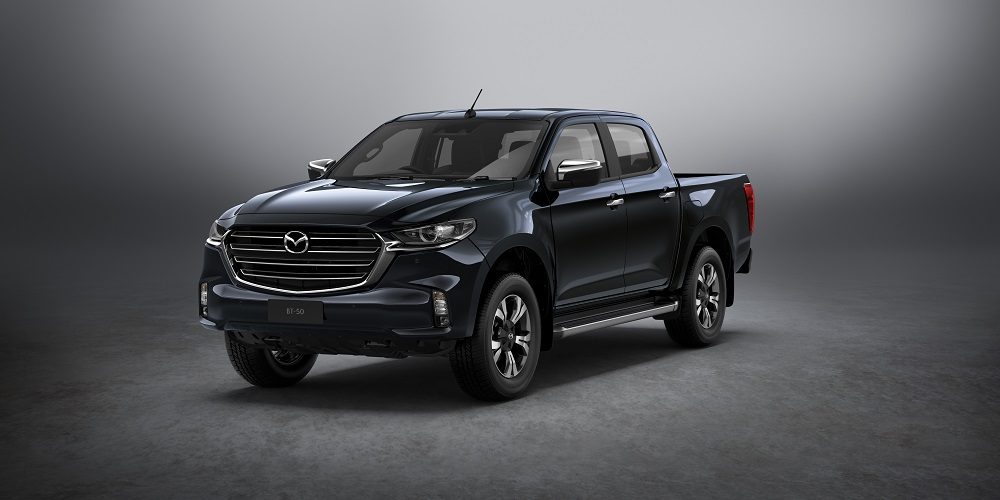 The all-new Mazda BT-50 revealed today will go on sale in Australia towards the end of this year with a 140kW/450Nm 3.0-litre turbo-diesel engine, a 1000kg payload, a 3500kg towing capacity, state-of-the-art safety and an all-new look.

The all-new Mazda BT-50 has been co-developed with Isuzu Motor Ltd., and it will be powered by the same 3.0-litre four-cylinder turbo-diesel 4JJ1 engine as used in the Isuzu D-Max, with claimed peak outputs of 140kW and 450Nm. This is up 10kW and 20Nm on the 3.0-litre engine employed in the current D-Max, but down 7kW and 20Nm on the Mazda’s current-generation five-cylinder turbo-diesel BT-50, which was co-developed with Ford.

Despite the slight drop in power and torque, the new BT-50’s Isuzu-sourced 3.0-litre donk has a bulletproof reputation for durability and reliability.

As predicted in our sister publication Unsealed 4X4’s story earlier this week, the new BT-50 will definitely feature unique styling elements that will ensure it’s not mistaken for the upcoming Isuzu D-Max. Setting it apart from the D-Max, the Mazda variant will adopt the company’s Kodo* design language with “the bold, muscular proportions a ute demands, to convey a sense of toughness and powerful movement, even standing still,” according to Mazda. The BT-50 will feature a distinctive Mazda face, with a three-dimensional signature wing wrapping the front grille and extending out to the sides of the vehicle with sharp, deep sculpted headlights.

The Kodo design language will continue along the front guards of the new BT-50, with sweeping crease lines that run from the front grille out towards the wing mirrors, and an unbroken centre line that flows from front to rear. It will also be available in new colours, including a Gunblue Mica and Concrete Grey Mica that Mazda says will emphasise the “metallic toughness” of the new ute.

“Brand-New Mazda BT-50 will bring unrivalled design, comfort and capability to the popular ute segment, raising the bar for what these customers can expect from their ute,” Mazda Australia Managing Director Vinesh Bhindi said.

“Ownership experience remains key to Mazda customers and Brand-New Mazda BT-50 will take it a step further with a long list of accessories and customer programs to launch as we get closer to going on sale later in the year,” Mr Bhindi continued.

On the inside, the new BT-50 will feature soft-touch materials and a horizontal layout of the instrument panel extending across the cabin from door-to-door, emphasising a sense of width and space. There’s also a large colour touchscreen in the middle of the dash with Apple CarPlay/Android Auto connectivity.

Making up for the slight drop in power and torque compared to the current-generation BT-50, the new model will be lighter and “significantly” more fuel-efficient, yet it will retain a 3500kg maximum braked towing capacity and will have a 1000kg payload.

Mazda says its commitment to offering best-in-class safety carries over from its passenger car range and the new BT-50 will be the safest and most technologically advanced vehicle in its class. Standard safety kit will include Adaptive Cruise Control, Auto Emergency Braking, Lane Keep Assist, Blind Spot Monitoring and Rear Cross Traffic Alert.

Here are some images of the new BT-50 in its natural habitat for those keen on a closer look. 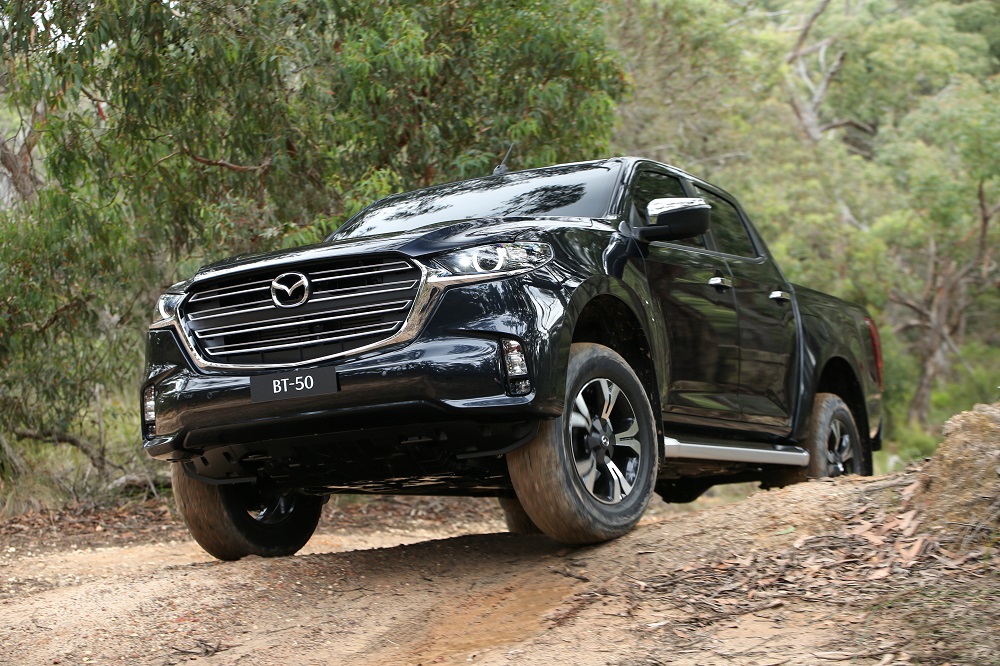 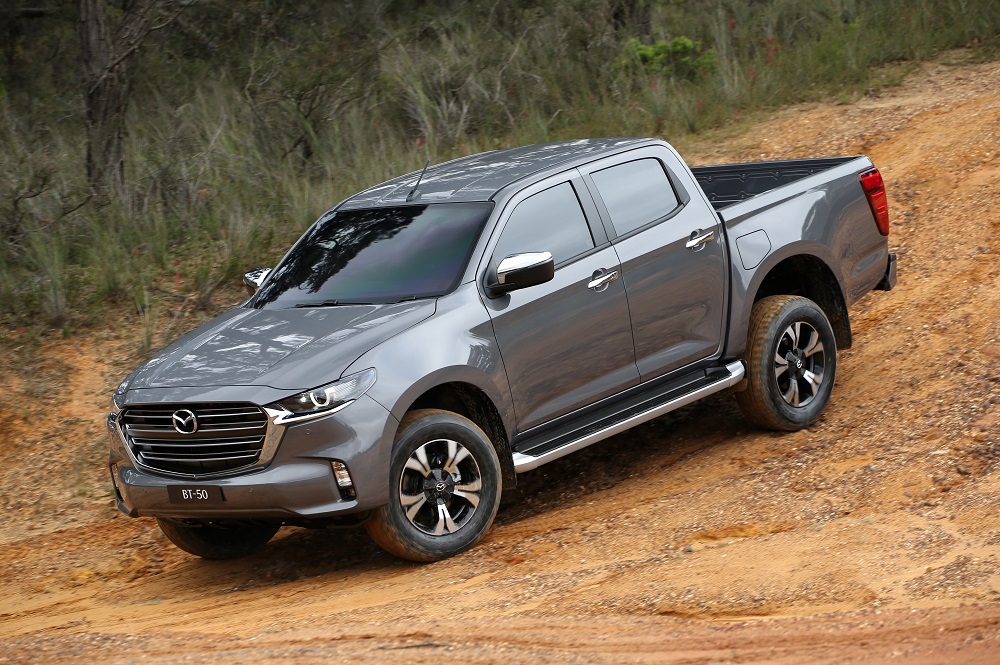 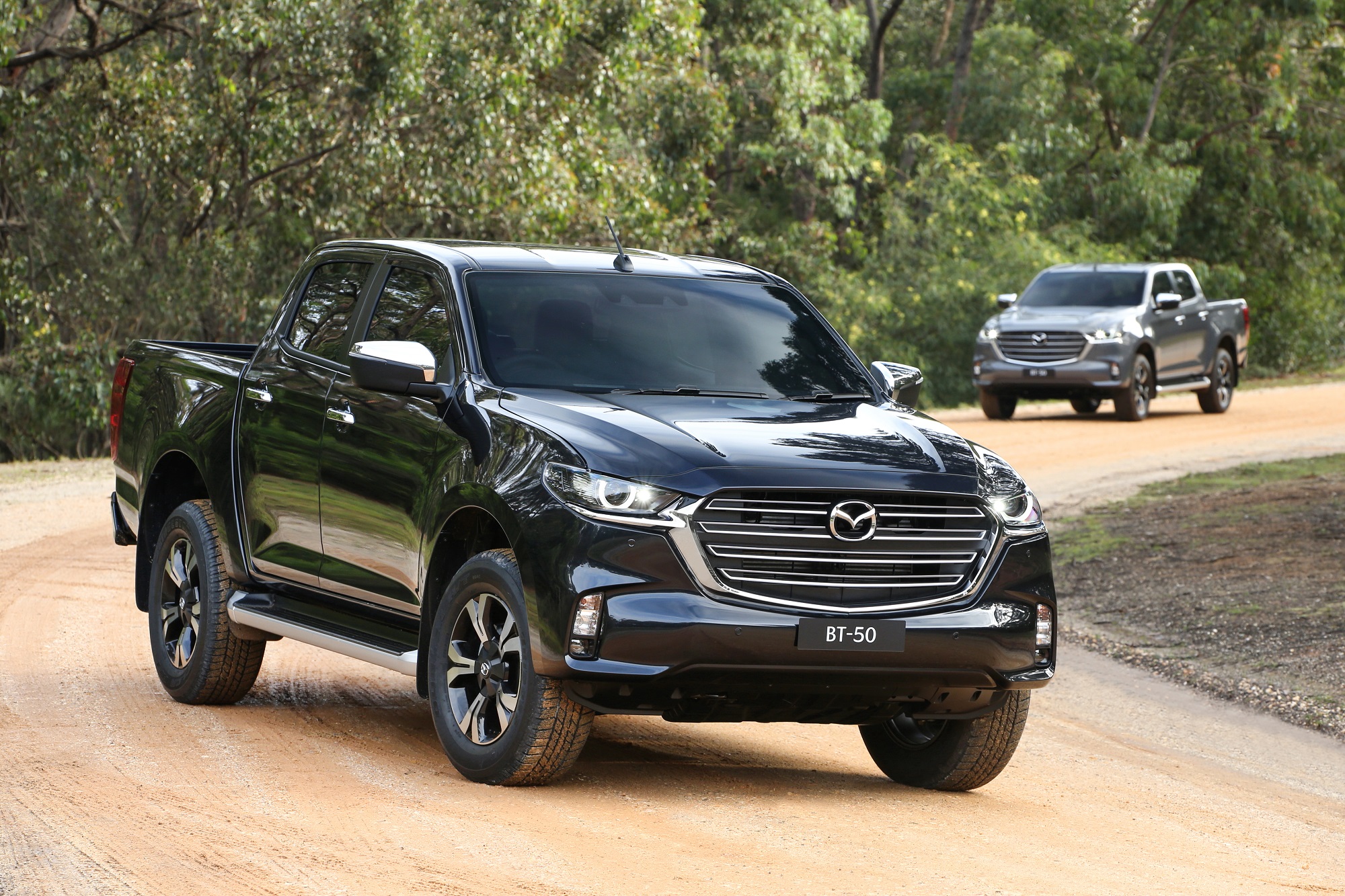