For whatever reason, it’s always the blokes that take up camping first. Maybe it’s because it served as an acceptable reason to disappear for a few days with your mates as a teenager. “Hey Mum, I’m just going camping with the boys down the creek for a few days” sounds a whole lot better than “Hey mum, don’t ask any questions but I won’t be home for a few days”, if you know what I mean.

I think it’s for this reason that the freedom and escapism that camping brings gets into the male bloodstream early, and it’s the boys who introduce the girls to it a few years later.

Again, let’s see what sounds more attractive to the parents: “Hey Mum, I’m just going camping with Billy for a few days” versus “Hey Mum, Billy and I have decided to spend a few days with each other while never being more than a few paces from one another”?

The introduction of the girls is completely natural but it also includes a few changes to the simplicity of camping with just the boys. The ice box that used to carry your food and drinks while magically becoming your seat and table, now has the sole purpose of keeping things cold – the other jobs will be undertaken by folding chairs and a table.

The tarp you used to spend the day beneath before rolling your swag out under now becomes a living area not a sleeping area – that’s what the tent is for. The bread that was your plate and meal now rests solidly on an actual plate and there will of course be a knife and fork used in the destruction of the meal, and the list continues.

Now I’m not complaining, not at all, over the years I’ve come to quite enjoy the comforts that women have brought to the camp. If I had a dollar for every time I’ve said, “Hey have we got a …?” and the answer has been “Yes but only because I packed it”, I’d be a wealthy man. I have to admit, the folding chair is much more comfortable than the esky lid could ever have been and now I get to put my feet up on it as well.

If we never took the girls camping we would still be rolling around in the dirt like savages and eating nothing but tinned beans on bread. We would never had had the ‘encouragement’ to enhance our collection of camping gear and we would not have had the opportunity to expand our list of toys into caravans, 12V fridges, generators, etc.

Let’s face it, we don’t need it all, but it makes our lives more comfortable in the bush and it keeps our nearest and dearest coming with us, which we love. But at the end of the day, if someone asked you to make a list of what you need to take for a weekend away with the boys, it’d look something like this: beer, esky, swag. But he who dies with the most toys wins! 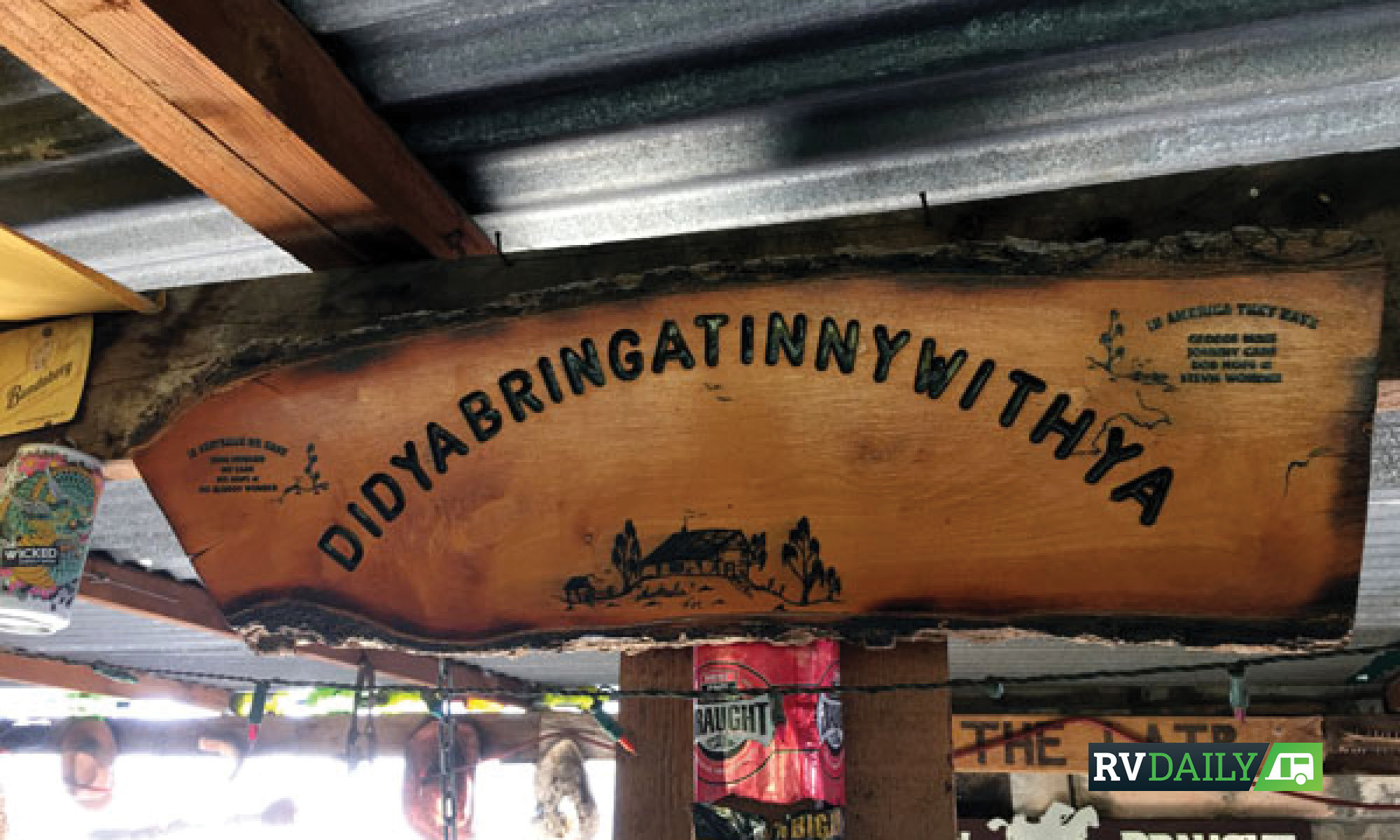