THE LEGAL WAY TO BOOST YOUR MOBILE SIGNAL WHEN TRAVELLING 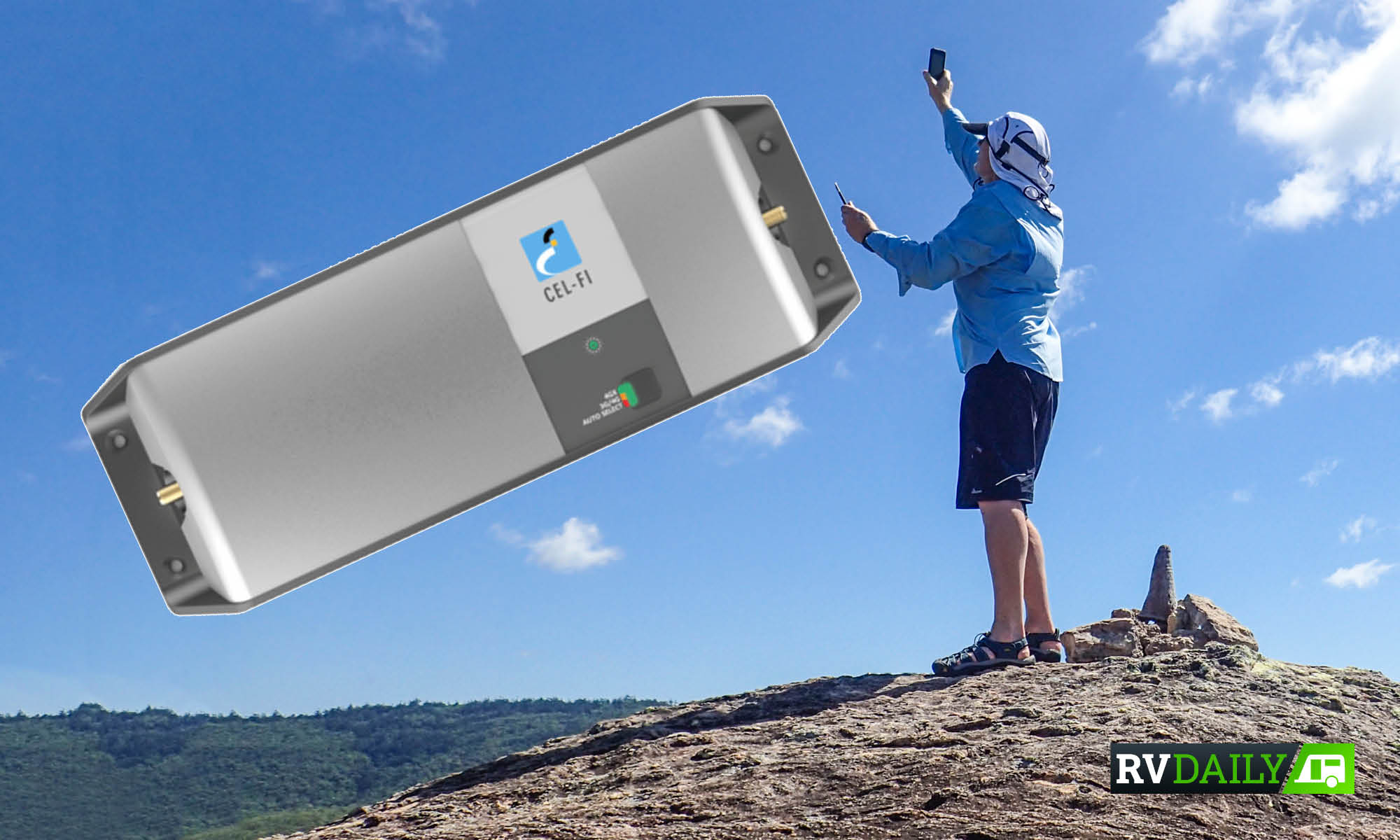 What have all the following got in common?

A family leaving the car on the Fraser Island beach, all running up to the highest point of the sand dune; every man, woman and child for themselves. A bloke who walked seven kilometres along a deserted beach and climbed a rocky hill on Whitsunday Island, holding his arms in the air. A teenage girl standing in a concrete circle, phone to ear.

They are all real and they were all looking for a mobile signal when out enjoying the great outdoors. Some wanted to check the weather, others to call family and others to check how many ‘likes’ their last post received. We all have our reasons for wanting signal and sometimes go to great lengths to get it.

When the world was a simpler place in terms of technology, an occasional postcard home was all that was needed. These days I travel with a SPOT tracker on the roof so my family and the odd friend can follow my adventures – every 10 minutes if they choose. I have a Satphone in case of breakdowns, but it’s too expensive (and annoying) for social chats. I have a PLB for real emergencies.

The ubiquitous mobile phone with Internet is what most of us crave. At least for a short time as we often have a love/hate relationship with it. On my last trip, we drove 100km out of our way to check exam results. Perhaps you drove 100km to check the State of Origin results. If you did, you probably aren’t a Queenslander.

Is there solution to this modern dilemma?

Yes. Two out of three of the mobile-deprived situations at the beginning of this story could
have stayed in their cars, chatted with friends, updated their status and not worried about the heat, flies or sunstroke. The bloke on the hill in the Whitsundays couldn’t be helped.
At least not with this mobile solution.

If your mobile is with Telstra or those that use the Telstra system you are in luck. If not, then you can only salivate at this stage or change your mobile carrier. I had the opportunity to test the Cel-Fi GO Smart Signal Repeater on our recent 5000km trip into the outback covering parts of Queensland, New South Wales and South Australia.

How was the Cel-Fi GO tested?

This is important, as if they are too close the boost signal will be low. For an average sedan, the boost is about 6. The set-up for the FJ (which would be a normal set-up for a full-size 4WD with a donor antenna on the roof) gave a boost of 9, which is very good. The power was taken from a 12V outlet in the rear of the vehicle and supplied to the
Cel-Fi GO unit also located in the rear of the FJ.

I was testing the strength of the signal to both Elodie’s phone and my phone as we sat in the front seats of the FJ. To do this we would check the number of signal strength ‘bars’ or ‘dots’ on our iPhones. As we were leaving towns, I would check the Wave app which identifies the operator, coverage type, network strength and boost level.

At 48km west of Windorah, the Wave app was showing a network strength at 3 with a boost of 9 which showed as a mobile strength of 5 bars on both of our phones. Elodie was still happily checking social media and getting in those messages before we went out of range. As I was driving, I missed seeing at what point we actually lost all signal. To boost, the Cel-Fi GO must be receiving at least some signal.

The second example was out of Innamincka, on the Strzelecki Track heading towards Moomba. For those who are unaware, there is no mobile coverage at Innamincka but there is near the Moomba oil and gas field settlement. At about 30km east of Moomba we started getting texts coming through. That was often the way we knew we had coverage… rather than checking how many ‘bars’ all the time before coming into range.

I stopped the vehicle, took screen shots of the Wave app and map then turned the power off to the Cel-Fi GO. With Cel-fi GO connected, the Wave app showed network strength of 1 with boost of 9, giving us signal strength of 4 bars on the phones.

After the Cel-Fi GO was turned off, the signal strength on the phones showed 1 bar but we could not connect to voice or data. I turned the power back on to the Cel-Fi GO and we had 4 bars network strength again until about 30km south of Moomba. The exam results were great and I posted a photo to Instagram.

The Cel-Fi GO performed as advertised; and even better than expected with a boost of 9 for the signal in the FJ. It gave us much more useable mobile voice and data coverage, and ‘just worked’ without any fiddling or input from us. If you want to increase your Telstra mobile coverage, the Cel-Fi GO does the job really well and it’s the only mobile repeater approved for use in Australia.

There are a load of signal boosters/repeaters on eBay. Only one unit is approved at the time of writing, so expect possibly all of the eBay units to be illegal. The illegal units are a bit like the old radar detectors – you will be caught and fined.