Leave it all behind including the RV 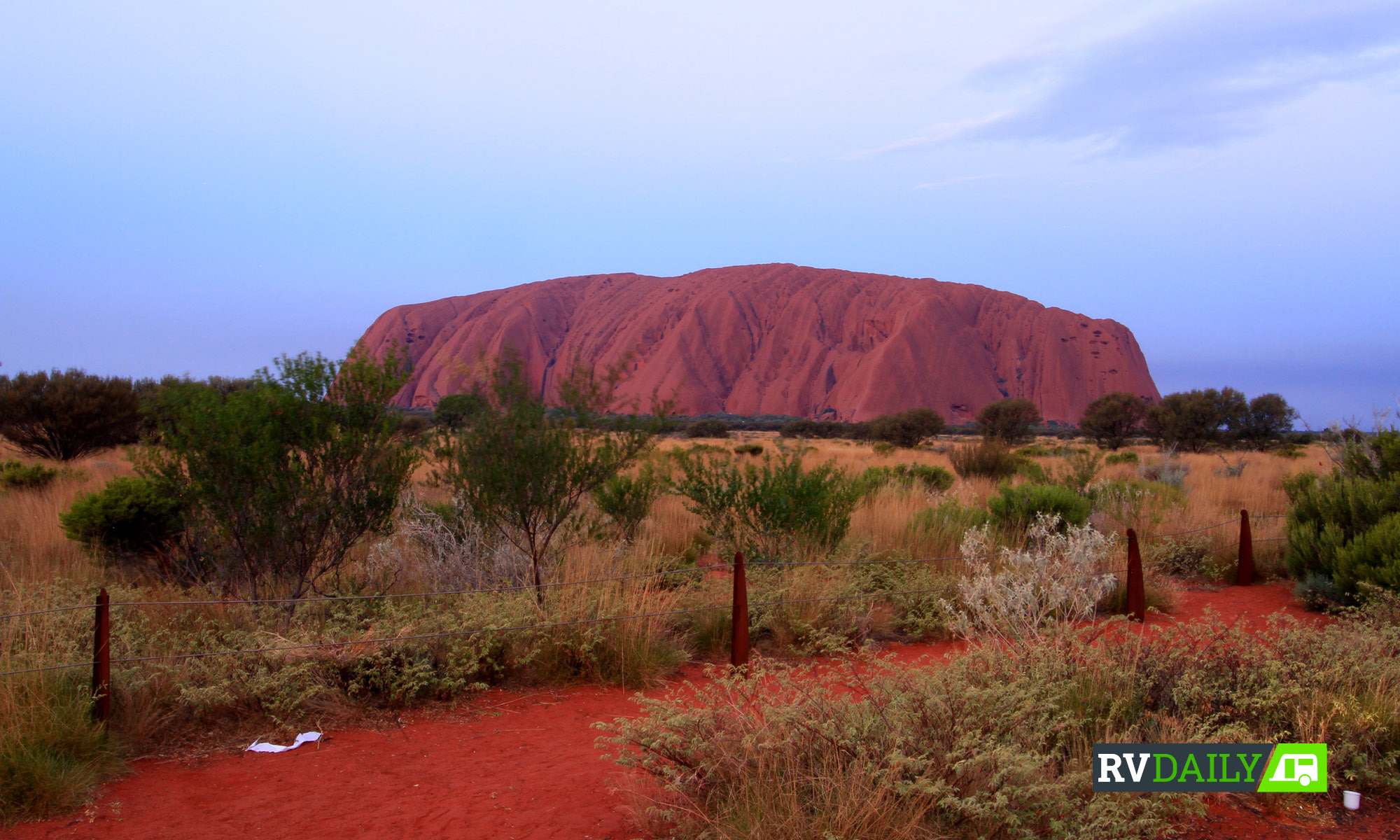 As caravanners, there comes a time to make a route you’re eager to get at or leave the RV in favour of the lightweight options. Either way, research is the key to the best decision.
Good research unearths the answers to the questions asked by the small angel on your shoulder. Questions like, “Will the van make it?”, “Is help available in this area?”, and “Can you possibly survive without your king coil mattress, and god forbid, your mirror?”

CLICK HERE TO READ THE ARTICLE IN OUR FREE DIGITAL MAGAZINE

Of course, the little devil on your left is not far behind. “Imagine how comfortable your van will be in that rugged locale,” he whispers. “No one on top of you, no boom gates, no access codes, and no primo site down the back in the overflow area beside the dump point. Imagine the bragging rights at your next barbecue.” Alas, the angel won out. Our next journey saw us embark on an adventure to the heart of the outback. I’d planned meticulously to ensure we avoided doing the same routes on our return trip, opting for a loop that afforded twice the scenery. Erring on the side of caution, I left the van in Port Augusta (see breakout P53), affordable and painless at $3.30 per night in the Lakeside Caravan Park. 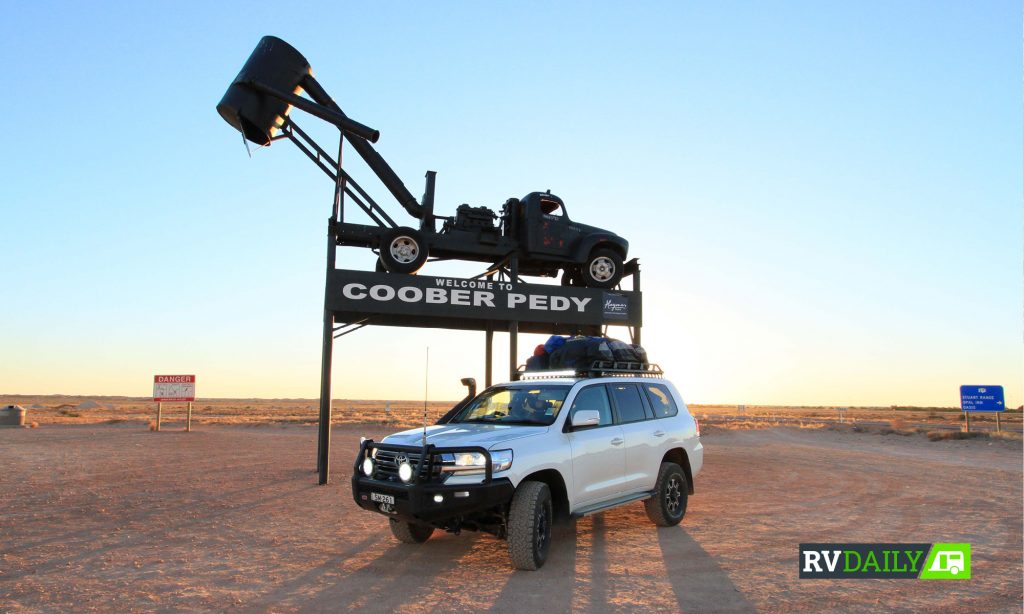 So, with a 4X4, budget camp set-up, two kids and a little trepidation, we set out. We eased into the trip with a planned stop at a Coober Pedy underground motel. It was nice and smooth, not unlike the local brews, though at $21 for two stubbies it appeared the liquid was more gold than amber. The following day we struck out on the Stuart Highway into Kulgera and the NT before our first crack at a proper camp set-up. It was easier to set up than expected with the place nearly empty, largely due to the over-enthusiastic locals. Of course, I am referring to the flies, numbering in the thousands and kept at bay by little more than the roadhouse face flynets.

The following morning, after a decent sleep on shiny new airbeds, we struck out for Yulara. Our approach saw us fall into the ‘Fool-uru’ trap as we mistook Mt Conner for the real gem of the outback. It’s similar in shape, but the colour isn’t quite right. Re-checking our excitement, we continued on, destined for the real thing.

As a family, we have seen our fair share of this nation’s natural treasures, but I will never forget the feeling of seeing that majestic landmark. Cresting the top of a rolling hill, we were gifted by the sight that momentarily stops the hearts of all who encounter it. Raw, rugged, powerful; you can feel the culture emanating across the plain toward you. Uluru is truly the heart of this great nation, geographically, and more importantly, spiritually.

The camp at Yulara is fantastic, with lush grassy sites upon which to pitch your tent, and they were surprisingly more appealing than their dusty van counterparts. Our next destination was Kings Canyon Resort, a comfortable drive before the more challenging Mereenie Loop, our route to Glen Helen Gorge. We were surprised by the condition of the road, which was excellent, noting that it would be more than suitable for most vans and RVs.

We spent time among the MacDonnell Ranges, with Ormiston a personal favourite, before re-joining the blacktop for the 150km trek to Alice Springs. The leg also provided an opportunity to enjoy the local attractions, check over the vehicle, and reward the behaviour of the kids with a stay at the Big4, unleashing them on the pools and waterslides. From there we changed direction, heading south along the Old South Road to get a glimpse of the Chambers Pillar. It was not as impressive as I’d hoped, but after the majesty of Uluru, few things are. 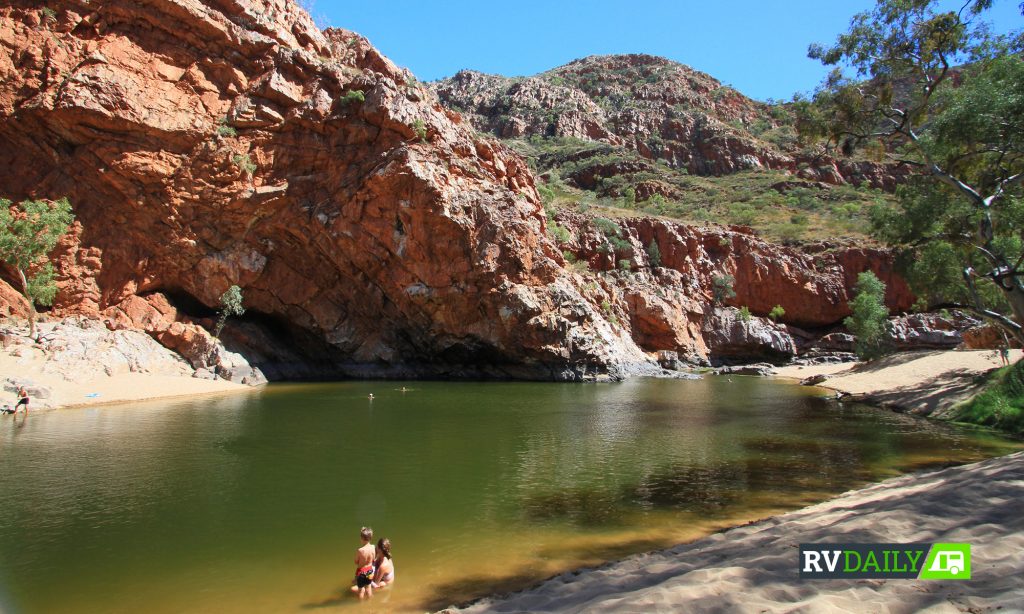 This trip, however, proved the angel on my shoulder correct. The road was essentially bone-jarring corrugations and if we’d taken the van we’d still be there, stuck in red dirt and forever gazing at a phallus-shaped object. Hardly the end one would envisage for themselves.

From the Pillar, we trekked on through the red sand, our course parallel with the Old Ghan Heritage Trail and the Finke race track. The main road runs beside the race course, but in truth there is little difference in the terrain, and as the setting for one of the most gruelling challenges in the world, it is of little surprise just how unsuitable the route is for an RV, and even worse for a semi-off-road van.

We passed through Finke, the official home of the legendary race, before stopping at Mt Dare Hotel for a cold beer. In fact, after seeing the diesel price at an eye-popping $2.30 per litre, I considered a stiff whisky. The hotel doubles as the last fuel and mechanical stop for those who are preparing to cross the Simpson Desert.

It was late afternoon when we arrived at Dalhousie Springs. The warm soak in the natural hot spring added to the relief we’d experienced as we passed multiple vehicles experiencing tyre issues en-route, with blown sidewalls featuring prominently.

The following morning, we were unable to resist a second dip in the springs before heading toward the Oodnadatta Track via Mt Sarah. It was here that we encountered our first bird strike (see next page). And not just any bird mind you, but the one that graces our coat of arms. It was an unpleasant experience, but we pressed on, driving along rocky and sandy trails for 180km before hitting the Oodnadatta Track.

We stopped at the iconic Pink Roadhouse for fuel, but were dismayed to find the pub closed. 200km further on we reached the William Creek Hotel with the adults indulging in a well-earned beer and the kids a much-deserved ice cream. We followed the tradition, leaving our mark upon the walls of the hotel before travelling 70km to Coward Springs. 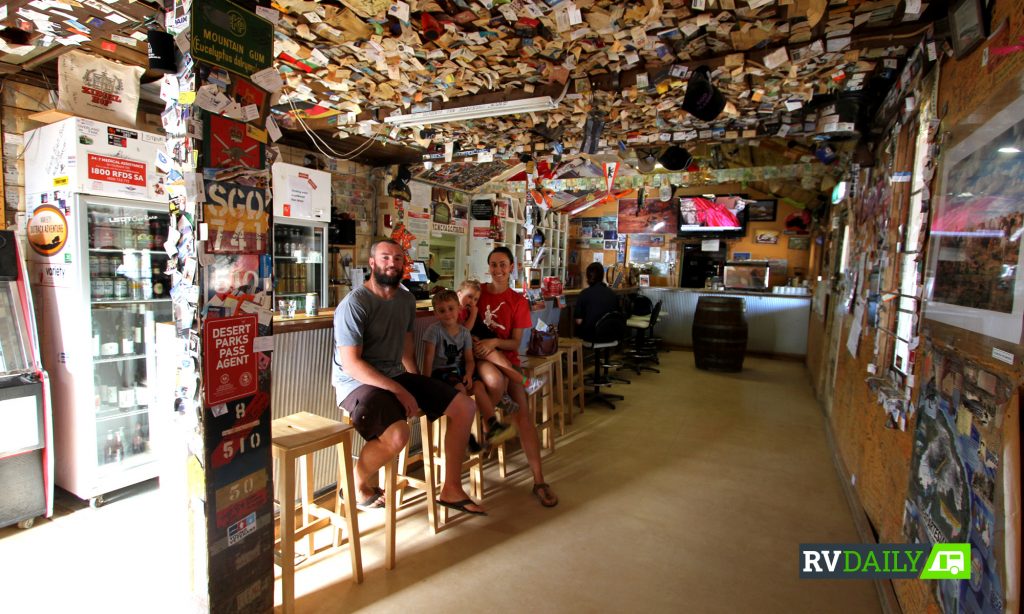 It was nothing short of awe-inspiring. Coward Springs is a tropical oasis in the middle of one of Australia’s harshest deserts. Here, nestled among myriad other travellers, including many caravans, we camped beneath a blanket of a million stars, spending the evening like most, slowly roasting marshmallows and relishing the sweet taste of isolation and nature’s awesome beauty, the vastness of a great southern sky the perfect backdrop.

Well-rested, we grabbed some bathers and headed for the Coward Springs, somewhat disappointed to find them so subpar – they were small and cold – in comparison to Dalhousie. With nothing holding us back, we trekked the 130km to Maree.

The arrival in Maree signified the completion of the first three quarters of the Oodnadatta Track, and in all it must be said we were highly impressed with the road’s condition. The track was more than wide enough to accommodate both vehicles and vans, as we had passed several during our trip.

Departing Maree we took time to explore the ruins of Farina, breaking for fuel and lunch before pressing onto the Flinders Ranges. We made sure to take advantage of the various lookouts and spent some time at Blinman. One final night’s rest separated us from Port Augusta and the comforts of the van.

So, was it worth it? Was the angel on the shoulder right about leaving the van behind? Absolutely.

Freeing oneself of the metaphorical and literal shackles of a van affords new freedom. The freedom to be spontaneous and camp anywhere. The freedom of fatigue reduction and added safety that comes without towing a huge load. Freedom from the additional expenses, like fuel, and the wear and tear associated with the van. Most importantly, this cut against the grain freed us from the endless parade of vans.

An important point to remember when endeavouring to travel unsealed roads, is to plan your timing meticulously. There is thin margin for error and the scales can be tipped from a pleasurable trip to horrific catastrophe by something as simple as the knowledge of the grader’s itinerary. Get it wrong, and the outcome may be soul-destroying.

Having said that, it would be remiss of me not to mention that the little devil makes a fair point about the lure of the comforts that come with travelling with the RV. But sticking to the blacktops, without a hint of risk, deprives us of the very definition of adventure; exciting, unusual and potentially dangerous. Therein lies the true essence of travel – the experience of the unknown, the conquering of the unforeseen challenge, and the elation that ensues. 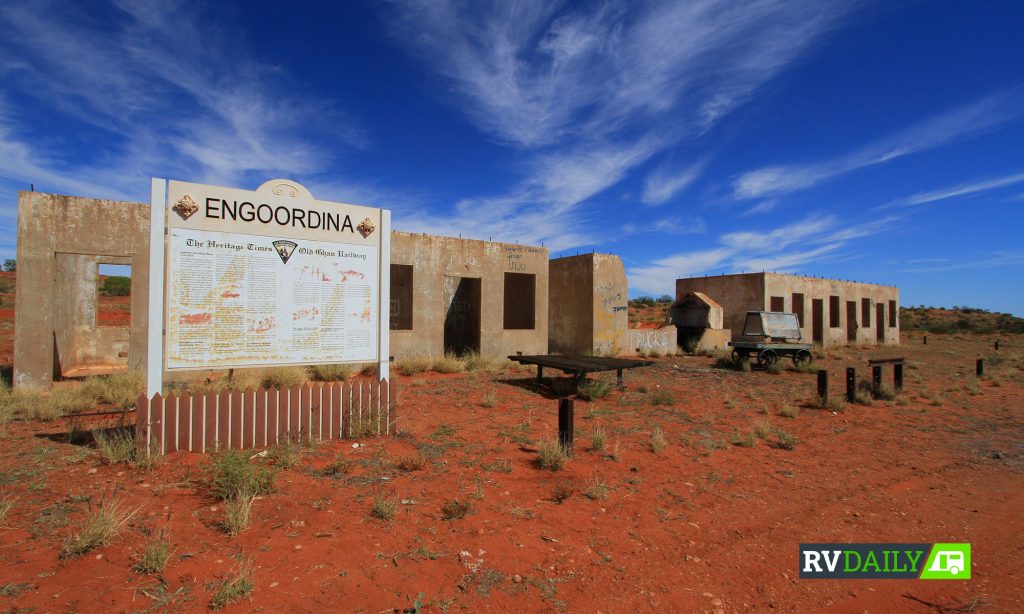 PORT AUGUSTA
Port Augusta Motorhome Park is situated 4km east of the town centre and provides the perfect temporary stopping ground, affording the weary traveller an opportunity to rest and reassess before tackling the next long haul.

At a mere $7 a night it is incredibly affordable, and its central location provides adequate phone and television reception. The lack of a fixed ablutions block means that only self-contained vehicles are appropriate. Pets are welcome and clean drinking water is plentiful, with dumping facilities an additional bonus.

However, travellers beware. If you look closely at this crossroads, you may find it more difficult to leave than expected. Port Augusta has a lot to offer, a place rich in its own history.