According to a report in the Whitsunday Times, campers will have to pay to stay at the free Lake Proserpine Campground under a proposal being put before the Whitsunday Regional Council.

The report said councillors will consider a business plan, prepared by Balfour Consulting, which recommends adopting a ‘pay per use’ operation model for the current facilities.

At present, there is a three-night limit on the campground and this would be increased to seven nights under the new commercial model, according to council documents quoted in the report.

The report claims camping fees would be $6 per person per night, or $24 per night for families with three to six children.

The business plan also recommends the council seek $2.5 million in grant funding to upgrade facilities at the campground over the next five years, including introducing cabin accommodation and powered sites, with fees of $120 per night and $30 per vehicle per night respectively.

“A fully developed camping ground at Lake Proserpine should be a priority of WRC,” the business plan states.

The report concluded the business plan estimates an economic boost to the region of $5.7 million a year through increased visitation, with the potential to create up to an extra 40 jobs.

While it all sounds like a great idea and, if the proposal gets the go-ahead, the region should benefit. Unfortunately, it would also be yet another blow for free camping in general. We will just have to await the council’s decision.

Related: Lessons we have learned from waterside free camping 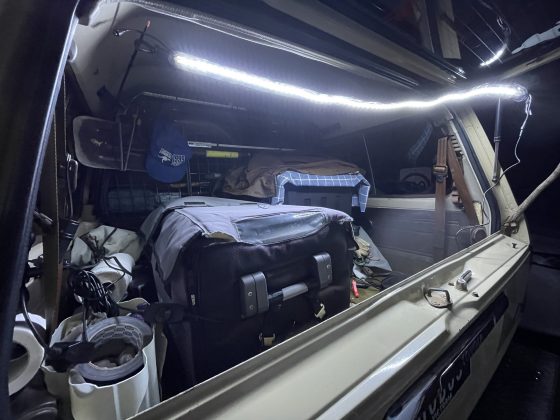