The federal government has given us one version, the state governments keep changing their minds on what it all means, so how the bloody hell are the rest of us supposed to know what’s going on? Hopefully this will lighten your load…

Unless you’ve been living under a bloody big rock, chances are you’d have seen a bunch of stories roll through the media relating to GCM/GVM upgrades recently. Some folks have screamed blue murder, while others don’t seem to care, and yet just about all of us have collectively scratched our heads wondering if the government can’t work out what they’re doing (no real surprises there, right?), how are we supposed to?

CLICK HERE TO READ THIS ARTICLE IN OUR ONLINE MAGAZINE HERE

So, we’ve sat down and chatted to major players in the industry to try to make heads or tails of this whole mess. This is in the hope of bringing you a reasonably in-depth guide so you know exactly what you can and can’t do, as it stands now. Bear in mind, there is every chance in the world that the government will chop and change their minds again before this even gets to your iPad.

The important thing to know, is that you don’t “need to rush out and buy a big American full-inefficient truck” like one Courier Mail journalist suggested. You just need to know how it all works and what you weigh… Kerb Weight, GCM, Towing Capacity, GVM – what are they?

One of the biggest issues seems to be the mixing and matching of acronyms. Don’t worry, we hate them just as much as you. GCM and GVM specifically are very different things, and one is written on your compliance plate and one generally isn’t. Let’s look at what they all mean, without the parlance, or technical terms.

Kerb Weight is the simplest to explain, and where the whole thing kicks off. It is simply the weight of your vehicle as it sits on the showroom floor. It doesn’t take into account passengers, the new bullbar you’re planning on installing, or any luggage or additions in the vehicle at all. It is the weight of the vehicle, full of fuel, oils, coolant, power steering fluid, et cetera, as it sits brand spanking new. (Tare Weight – as opposed to Kerb Weight – is essentially the same, however, with just 10 litres of fuel in the tank – defined as the minimum required to drive the vehicle to the weighbridge for weighing).

The Towing Capacity is the absolute maximum the vehicle can tow, per the manufacturers specifications, and their engineering approvals. It had been around the 2.5-tonne mark for many years, however, vehicle manufacturers keep vying for more and more market share. This figure has been pushed further and further in the hopes of gaining customers due to their vehicle being able to tow more than the competitors. This is especially true in the mid-sized ute section. Don’t forget, that there is the towbar rating as well to think about.

So if your D-MAX has a towing capacity of 3500kg, but your aftermarket towbar is only rated to 2500kg, you must adhere to whichever is the LOWER of the two. Oh, your towball weight is not included in the total weight of what you’re towing either – that goes to the weight of the vehicle, or GVM.

The GVM is the absolute maximum your vehicle can weigh when fully loaded. This includes everything you put into the vehicle. Driver, passengers, fridge, esky, fishing gear, bullbar, solar panels, tools, the better half’s handbag – everything. Something worth keeping in mind, is that whatever your ball weight is, that is included in your GVM. So if you have a 150kg ball weight, you need to add that when calculating what you weigh up to your GVM.

This is where things get messy. Aside from a lot of folks mixing GCM and GVM up, the GCM is the absolute maximum EVERYTHING can weigh. This includes everything in your vehicle, everything in your caravan or camper, including what you’re towing. GCM has only really become a big thing in very recent times; before, the term ‘Gross Combination Mass’ was only ever given for heavy vehicles (the truckies reading this will be nodding their heads, no doubt).

In the past, it was generally accepted that the ‘unwritten GCM’ was the GVM plus the Towing Capacity (again, despite the fact that GCM was strictly used in heavy vehicles, not light vehicles). Essentially you could load your vehicle up to its GVM, tow a van up to the towing capacity limit, and all was well with the world. With the increases in towing capacity, and all of the manufacturers trying to one-up each other, it was only a matter of time until the GCM became a tested and stated number.

GVM vs GCM upgrade: what’s allowed and when?

We spoke to management at Lovells Suspension and Pedders Suspension, to get the ins and outs on what we can and can’t do. Across the board, GVM (Gross Vehicle Mass) upgrades are still on the table. These are able to be done whether pre or post-registration, and as stated above, only increase what your vehicle can legally weigh and now have no bearing on the Gross Combined Mass.

Where things get ugly, is that if the GCM used to be the GVM plus Towing Capacity, does a GVM upgrade then increase the GCM? Simply put, it does not. This is why there has been such a kerfuffle with the changes, and now the vast majority of vehicle manufacturers have begun to state a GCM on the weight plate of their vehicles.

Where this gets interesting, is that the GCM is no longer just GVM plus Towing Capacity. The GCM is actually some 700kg less than that. So if you’re towing a van or trailer that is loaded up to your towing capacity of 3500kg, you can only put 389kg of people and gear into the Ranger before you start nudging the Gross Combined Mass.

Think: the average bullbar weighs around 50kg, winch around 30kg, drawers in the back at about 50kg, your canopy will weigh in at 50kg too, and all of a sudden that 389kg is down to 209kg. Add two humans averaging, say, 80kg each, and you’ve not got much weight left over for tools, roof racks, rear bar, towbar, and whatever else you want to carry in the vehicle.

This is where Gross Vehicle Mass upgrades shine, simply due to the fact that there really aren’t that many vans on the market that have a Gross Trailer Mass of 3500kg.

The folks at Pedders are quite happily continuing GVM upgrades for the masses, and your best bet is to contact your local store, and have a chat with them about exactly what you want to do and exactly what your weights are going to be. They will then be able to tell you the best way to go about it.

Worthy of note, is that the process for GVM upgrades varies state to state, however wherever you have the upgrade done will know this and be the best port of call for information on any engineering requirements.

Where this whole thing becomes messy is with the GCM upgrades. Suffice to say, that in Queensland, Northern Territory, South Australia and Tasmania, the laws are about as clear as mud. You can have a GCM upgrade done in New South Wales (prior to the vehicle first being registered) legally and get booked as soon as you cross the border into Queensland because it doesn’t comply with their interpretation of the laws and federal circular that was released on the towing laws.

Lovells Suspension are, as we write this, undertaking a few test cases to see if they are still able to be passed in Queensland. Essentially, they’re not able to get a clear response from anyone in the Queensland Government on this issue, so they are completing the test case and submitting it to the Department of Main Roads, just to see what happens.

Instead of getting carried away here with the GCM, we’ll be back next issue (maybe the one after depending on how this all turns out and how long it all takes), so make sure you watch this space! 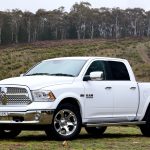 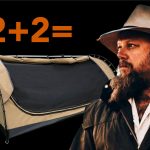