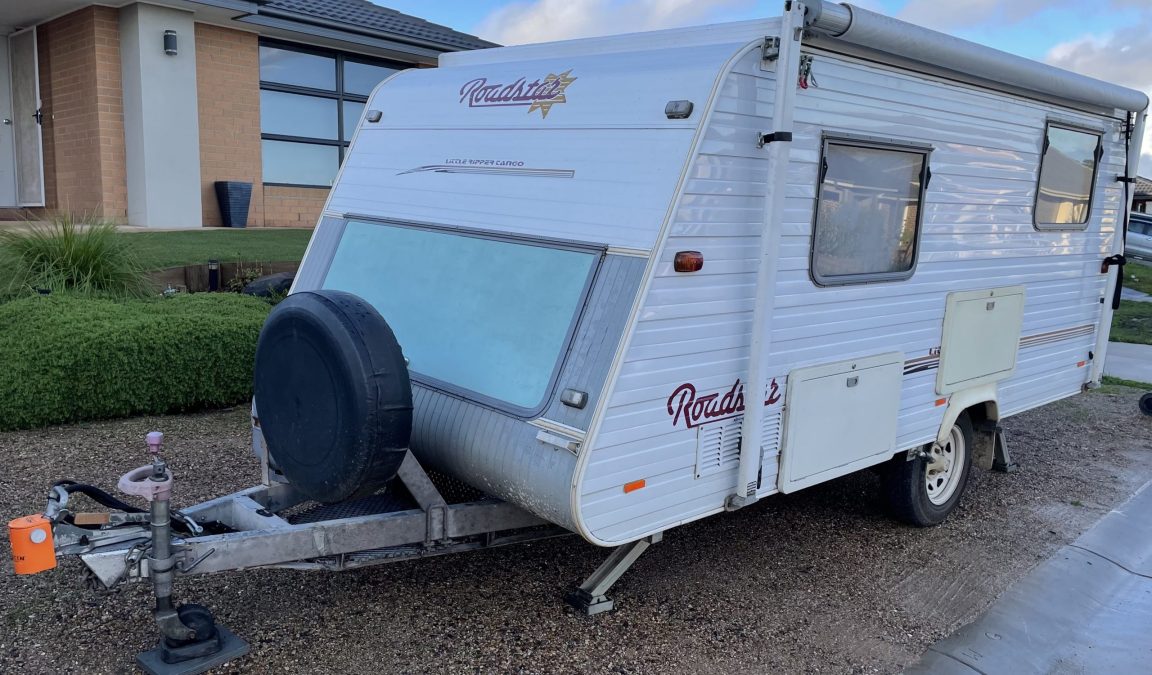 If you’ve got an old van that is feeling a bit outdated, here are five mods you can do yourself to make your van a little more livable.

Second-hand caravans are in high demand right now thanks to the restrictions on overseas travel imposed upon us by the pandemic. If you’re a family or a couple wanting to take an extended holiday, a road trip in a caravan is about as good as it gets. The problem is the high demand for second-hand caravans has meant prices have gone up exponentially. If you’re trying to keep within a budget, you’ll probably end up with an older, well-used caravan in need of some attention.

Case in point. My in-laws recently went out and bought themselves this nice little second-hand pop-top caravan. It’s an early 2000’s model Roadstar Little Ripper and it is fairly typical of similar vans built around the same time. They were made of strong stuff but were fairly short on luxuries and, after 20 years of use, the interior was looking a little ordinary. The styling was great at the time but today, we like things to be a bit brighter as well as having a few more comforts from home. If this sounds a little familiar and you’re wanting to give your older van a bit of a spruce up, here are five DIY improvements we did to our van that you could do yourself.

Just about everyone takes a television with them on their caravanning holidays but if you have an older van, particularly a small one, you may lack the bench space to sit a decent size TV. These swing arms solve the problem and they are dead easy to install. Just two screws into a suitable section of the cabinetry and you’re done. Ensure you are screwing the bracket into a substantial section of wood behind the facia panels otherwise, it won’t take the weight of the TV. If you can’t find a suitable section, you may be able to reinforce the panel with some extra wood behind it.

Most caravans built during the ’90s were fitted with a 12-volt battery however it was unlikely to be used for very much except low voltage lighting. Given we all like to bring our tech with us everywhere these days, it makes sense to take advantage of this power. A simple idea is to install a small 12-volt power board like this one. It incorporates 2 x USB outlets, a cigarette lighter plug, a battery voltmeter, and an isolation switch. They are very easy to wire in and you could place one in just about any convenient spot. This one is mounted on the cabinet between the two single beds. Now my in-laws can recharge their mobile phones when free camping.

The pale pink and red coloured interiors of these old vans were fashionable in the late 90s but, today, they look very dated. You do have to wonder what we were thinking back then! If you have an older van and you are not too fond of the interior colours, why not have a go at changing them? It could be as simple as a quick plash of paint on the walls or even reupholster the dinette seats. Either way, you can make a huge difference to the look and feel of the interior of your van with very little effort at all.

As we mentioned earlier, your 12-volt battery is probably only being used to power some internal lights. Chances are these will be old-style incandescent or filament light bulbs. These don’t give out a lot of light and they are quite power-hungry. You may also have fluorescent tubes which, when they fail, are quite difficult to replace these days. Fortunately, it is very easy to replace them with LED light bulbs. There are heaps available online and from caravan parts retail stores. You just need to make sure the new bulb is suitable for the holder in your van’s light fittings. You won’t believe the difference these LED light bulbs and their bright, white light will make to the interior of your van at night.

If you had to pick one thing on your caravan that annoys you the most, it would have to be the trailer lights plug. They really are the most frustrating things and, for some reason, we persevere with them endlessly. The silly thing is most problems can be solved by simply replacing the plugs. It is so simple to do, for such little cost and we guarantee those nice new connections will work so much better than the old ones. You’ll be kicking yourself you didn’t do it earlier. While you’re at it, put some new conduit on the wiring as well to finish off the job.

Here at RV Daily, we love to see your caravan renovation ideas. If you have an old van that you’ve done some easy modifications to that improves the livability of the van, we would love to hear about it. Send us an email at SayHello@RVDaily.com.au and we will share your work with the nation. 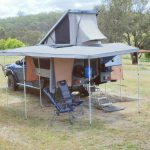 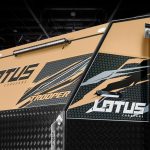