New electric vehicles have featured heavily in the news lately, particularly from some pretty big names in the SUV/4WD market. With more EVs hitting our shores and an ever-growing network of charging stations across Australia, how long will it be before full EV caravanning becomes a reality?

If you’ve been reading the news in our sister magazine, Unsealed 4×4, you may have seen the announcement that Toyota Australia and BHP have developed an all-electric version of the venerable LandCruiser 70 Series. If you haven’t, here’s the gist of the story.

Toyota Australia says the electric-vehicle pilot trial with Australia’s leading resources company, BHP, involves a LandCruiser 70 Series single-cab ute that has been converted to a battery-electric vehicle by Toyota Australia’s Product Planning and Development division in Port Melbourne. The converted LandCruiser – equipped for underground mine use – has been designed and engineered to operate under full battery power.

Edgar Basto, President, Minerals Australia, BHP said. “Reducing our reliance on diesel at our operations will help achieve our medium-term target of reducing operational emissions by 30 per cent by 2030.”

Just consider the ramifications of that statement. In less than 10 years from now, in one way or another, Toyota may have to be producing fully electric 70 series Landcruisers to support at least one of their major customers. To do that, they will certainly have to be looking at economies of scale and as big as BHP is, a viable market requires demand from more than one corporate customer.

And if you think 10 years is a long time to wait, consider it was just over 10 years ago Julia Gillard became the first Australia woman to be Prime Minister and just under 10 years since the Fukushima Daiichi nuclear disaster. 10 years will flash by before we know it.

I will admit, this little joint venture by Toyota and BHP is a long way from being a new product announcement but, consider that just last week, Americal car maker GMC announced an all-electric version of the Hummer will be available to buy in the US later this year, it is not inconceivable other large 4wd and SUV manufacturers will have to follow suit to remain competitive. Toyota’s development work to produce the electric Landcruiser for BHP is a tantalising step closer to producing one for the general market.

At the moment, there are only a handful of pure electric vehicles available in Australia, yet, surprisingly, there are a few SUV style vehicles among them including the Kia E-Niro, the Mercedes-Benz EQC, the Audi e-Tron and the Tesla Model X. All offer between 400 and 600km range not towing.

Obviously, towing anything like a caravan will decrease their range considerably. Most of the tests I’ve seen of the Tesla Model X towing a mid-sized caravan, it would be lucky to get to 200km on a single charge. I know most readers will see that and think that’s pretty pathetic, and you would be right, but that doesn’t really tell the whole story.

For electric vehicles to even start to be considered a viable towing prospect, there needs to be enough charging station across the country within a reasonable distance of each other. That too is becoming a reality. According to the Electric Vehicle Council, there is “an ever-expanding network of public charging infrastructure being installed across Australia. Private companies have been building networks along highways, and both federal and state governments are now investing too. Local councils are supporting local communities to make the change by installing chargers in local public areas, and it is increasingly common to see EV chargers in shopping centres.”

“If you check out the charger map on our website, you will see that the number of charging points is well into the hundreds.”

It does too. There are far more charging stations distributed across Australia than I ever imagined. See for yourself:

Some caravan parks are starting to realise they need to prepare for their partons travelling with EVs having already installed EV charging facilities. We have certainly seen a few on our travels over the last 2 years. Even if you cannot find a charging station, you can still recharge an EV from a regular household 10 amp power-point, albeit at a much slower rate. That may not be a huge issue if you are able to take your time whilst travelling.

There is one other factor that may well improve the range of an EV towing a caravan. The caravan itself may be able to self propel using its own onboard high capacity batteries and electric drive motors. Again, this is not a fantasy or science fiction. This is a reality.

Back in 2019, RV Daily joined a team from a company called OzXCorp, while they tested their small prototype ‘caravan’ off-road for the very first time. The Esky featured a ‘Hybrid Drivetrain’ that is effectively electric driven wheels powered by a large 16kWh lithium battery, a special inverter and some very complicated and clever electronics. The motors behind this system are air-cooled 16kW nominal motors producing 508Nm of torque!

The OzXCorp hybrid drive charging system is fully integrated. It uses 1600W of solar panels and regenerating power from the wheels when they are in overrun or during acceleration and deceleration. This extraordinary technology will be offered as an option on new caravans in the future. It could be as commonplace as ordering Lithium batteries is today.

Right now, according to Worldometrers, the world’s ‘proven’ oil reserves are equivalent to 46.6 times its annual consumption levels. This means, unless new reserves are found or consumption decreases dramatically, we have about 47 years of oil left. If you’re my age, you may well think you’ll have shuffled off the mortal coil before then. That may be but you might want to consider that at some point in those 47 years, crude oil-derived fuels may well become unaffordable. Our generation will, almost certainly, have to deal with that.

Whether we like it or not, we are going to have to embrace EVs in one way or another and probably a lot sooner than when we thought we would have too. Right now, caravanning with an EV is more a novelty than reality but how long it stays that way is anyone’s guess. Given the rate at which Australia’s EV infrastructure is expanding along with the technical developments happening right now, I would say in ten years time, EV caravanning will be a realistic, affordable and an inevitable proposition.

More reading: Will hybrids kill off the diesel tow kings? 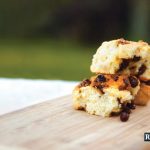 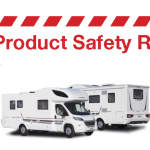